Confucius said, “our greatest glory is not in never falling, but in rising every time we fall.” This explains how Chinatowns popped up in cities outside of China after people left for better opportunity. If you really want to experience China, we definitely recommend exploring the country. But for those who can’t make it, here are the 15 cities with the best Chinatowns outside China. 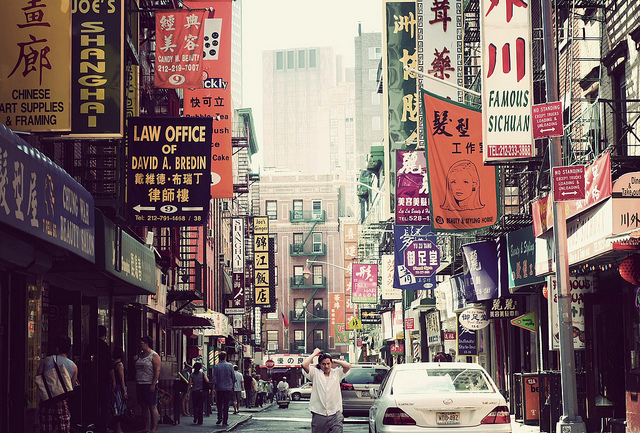 Due to Manhattan’s large enclave of Chinese residents (up to 100,000 people), Chinatown is a popular tourist destination for all the good reasons. When walking through the streets, you can smell the scent of beef broth wafting through the air from shops and admire the hanging roasted ducks through the windows of restaurants. Bakeries are full of sugary buns, tarts and salted egg yolk. Many of its restaurants have a secret menu for real foodies, so be sure to ask if they can whip up something off the menu. You’ll be in for a good surprise. 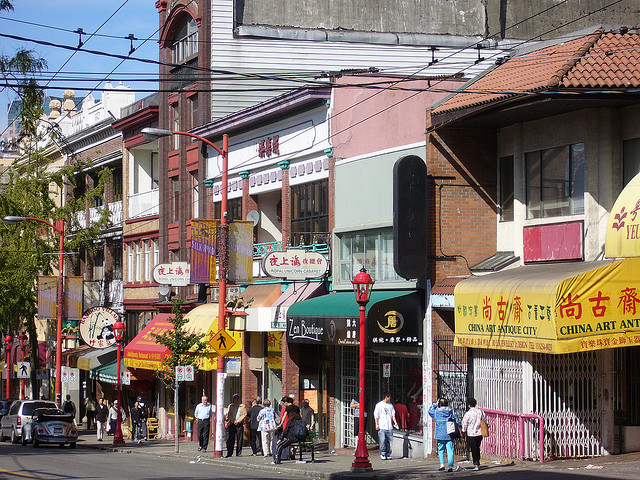 Canada’s largest Chinatown is situated in Vancouver where 30% of its residents are of Chinese heritage. Chinese-themed gates and street-lights are found adorned throughout the district as well as the plethora of street vendors and markets selling dried seafood. You’ll be humbled with the endless choices of thousands of dishes you can try — from sauteed Reishi mushrooms, to green tea mochis, to suckling pigs. Enjoy! 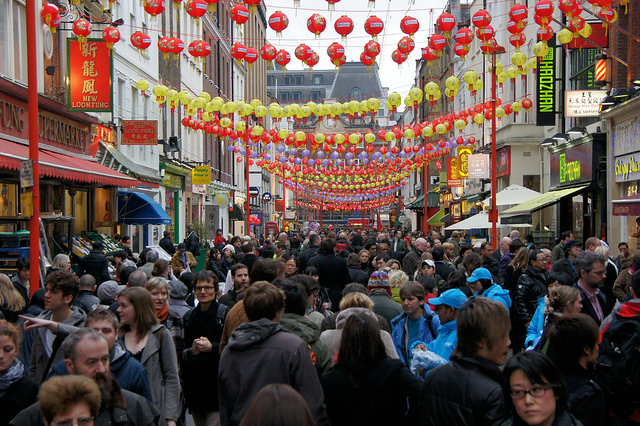 Bakeries. Supermarkets. Coffee houses. London’s Chinatown has it all. It’s hard to miss this street since its adorned with hundreds of Chinese lamps and busy crowds scrambling for a reservation in a popular Dim Sum cafe. After eating BBQ pork rice rolls, steamed shrimp dumplings, garlicky scallops, and roasted pork with fried taro, you’ll be forever grateful that Chinese immigrants decided to set up shop in a land that isn’t very well known for its cuisine. Why fish n’ chips when you can have fish n’ chopsticks?

Since 1854, a wave of Chinese immigrants came during the gold rush and inhabited the corners of Swanston and Spring Streets (later dubbed Chinatown). Many Chinese festivals and events are held annually there. Today, street performers will play their musical piece next to a popular roast duck house or fish market. Late at night, you and your friends can wander into stores to find tiny images of Lucky Cat smiling back at you before heading to Rainbow Club Karaoke and sing “Hava Nagila” in Chinese. A nice fried-pan prawn dumpling should do the trick to end the night perfectly. 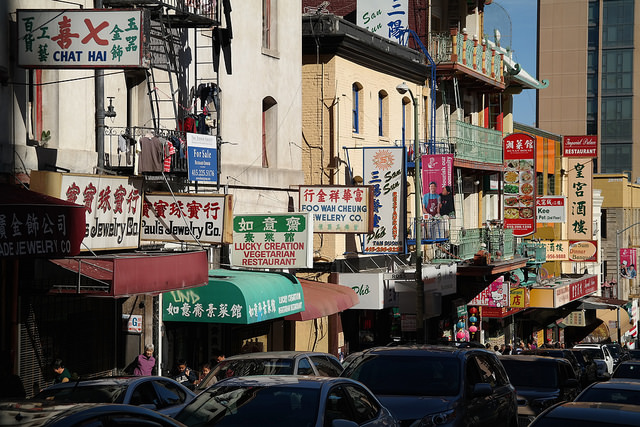 The oldest Chinatown in North America is in San Francisco which is known for sporting California’s freshest seafood and produce. Dungeness crabs, oysters, and sea urchins are all considered delicacies since you can still taste the saltiness from the neighboring ocean. When not filling up on seafood, visitors can walk around to look at murals, shops, Chinese lamps and street vendors. However, its recommended that after a long day, you should head into one of the district’s bakeries for a mung bean cake.

Alternatively called Binondo, this place was established in 1594 and is thought to be the oldest existing Chinatown in the world. Before the Spanish colonization in the Philippines, the Chinese were already thriving there. Nowadays, the streets are bustling with Filipino-Chinese cuisine, cheap trinkets, and jewelry. Munch of some hot pork buns with a cool sip of bubble tea and admire the Spanish architecture. 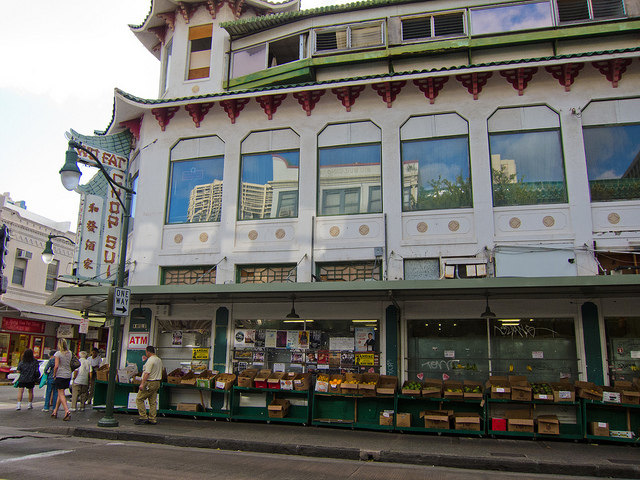 While this is no massive Chinatown, the streets offer one of the most genuine meals you can find since it’s not catered to tourists. Some people might call it dingy but others will call it authentic. So if you have a hankering for some beef lo-mein from Panda Express, this is not your place. Once you walk past the series of outdoor markets (and maybe a few homeless people) selling lychees, bok choy and baby shoes, you can enter the Maunakea marketplace’s food court for a new cuisine to try. If you cannot pronounce the dish’s name — it’s probably delicious.

There’s nothing like sucking the fatty end of a roast duck on a cold Canadian evening. Toronto is known for its cluster of many ethnic cultures and has its own Chinatown (two of them in fact). Knock off prices on shoes, purses, fans and ceramics can be bought cheaply here as well as affordable plates of dumplings. To be more adventurous, you can stop to treat your back pain by meeting with an acupuncturist of Chinese medicine. 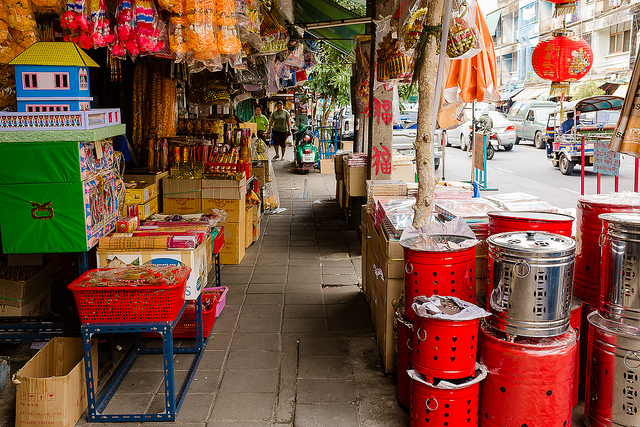 You’d be surprised to learn that the Chinese make up 14% of Thailand’s population (and led to the birth of Bangkok’s own Chinatown). This district is so large that it’s easy to get confused and lost in the midst of street carts, but you won’t mind — because you’re already slurping on your steamy hot pot with river prawns and a sugar cane juice. After a long while of stuffing your face, hail a tuk-tuk to take you back to your next destination. 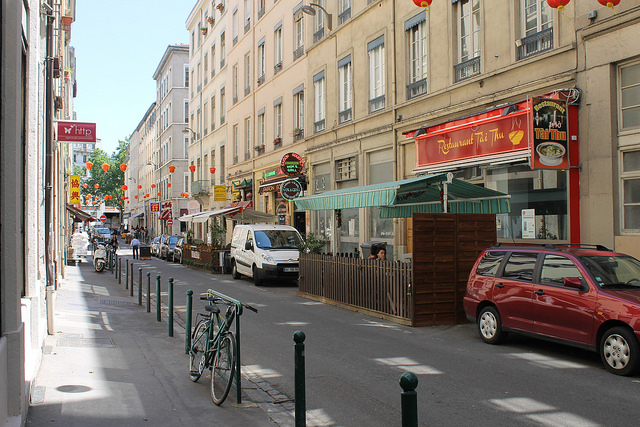 It may not look like much compared to the other Chinatowns, but Paris received an influx of Asian immigrants when they fled the Vietnam war in the late 1970s.  While the residents were originally Vietnamese, Laotian and Cambodian, many moved out as more Chinese people moved in. Today, this Chinatown is predominately Cantonese-speaking Chinese residents, but still echoes some of its past cuisines of delicious beef pho or Banh Cuon. You can easily dine like a Parisian by lounging outside at a table and exclaim “tres bien” as the staff brings you a bowl of fresh noodles and fish balls. Bon appetit!

The earliest records of a Chinese community in Singapore date back to 1330 (possibly making this one of the oldest Chinatowns). As the centuries went by, Singapore’s Chinatown got incredibly overcrowded and many of it residents were forced to relocate in the 1960s. But no worries! A large number of Chinese residents stayed behind and kept true to their tradition and culture. Today, the streets are lined with Chinese lamps, open air food carts, wet markets and pedestrian malls. The food businesses stay open late throughout the night making this destination a fun stop to get your midnight snack of authentic fried liver rolls or chestnut pancakes. 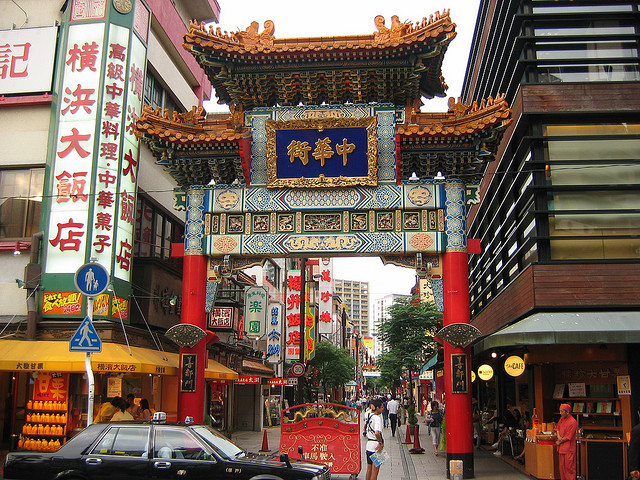 South of Tokyo lies a large population of Chinese residents in Yokohama. Their Chinatown boasts Tokyo’s traits of overwhelming signs, lights, and video advertisement, except everything is in Chinese. Visitors can stop by to enjoy the shrines, shops selling cutesy goods and wolf down shrimp balls and steamed squid. If you’re not blinded by the lights, you can swing by one of the arcades and play some of the complex (but intriguing) games.

Sydney hosts the largest Chinatown in Australia and is home to a wide array of pedestrian malls, street markets and restaurants.  Jam-packed with tourists, this Chinatown opens welcome arms to newcomers to try out new food such as baby octopuses on sticks, red bean custards and taro balls. So far, very few people have ever walked away disappointed.

Alternatively known as “Chee Cheong Kai” for its tapioca factories, Kuala Lampur also has a rich enclave of Chinese immigrants. Knock off Louis Vuitton bags and Ralph Lauren suitcases can be sold under the guise that it’s the real deal (but hey, none of your friends will know!). Many vendors will cook your meal instantly on the streets and you can sit happily, munching on your beef sticks while street performers dance for you. 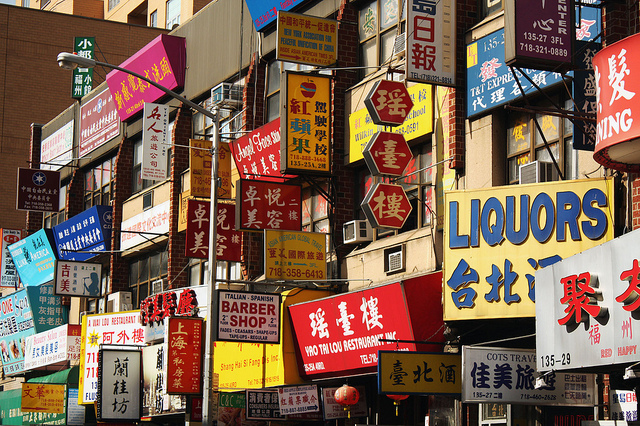 New York grabs another Chinatown on the list for its lesser known hot spot in Queens. Don’t be surprised if your menu is not written in English since the owners and staff are not used to tourists or Westerners visiting. This largely local district harbors one of the best kept Chinese food court in New World Mall. where marvelous combinations of food from steamed buns to freshly made noodles are available at reasonable prices. But if you’re not in the mood to try the more adventurous dishes, go to Manhattan for General Tso’s Chicken. They’ll be waiting for you.