What better way to see Botswana’s stunning Makgadikgadi Pans and Okavango Delta than with a rock star safari guide by your side? 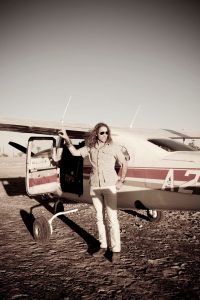 Jacada Travel is offering a one-time-only chance to go on an eight-night safari with Ralph Bousfield, one of the most famous safari guides in Africa. Among his many achievements, he established Botswana’s first wildlife orphanage and education centre with his mother, presented the 16-part Discovery Channel series Uncharted Africa and founded a safari outfit of the same name to capture the spirit of his legendary father and pioneering African adventurer, Jack Bousfield.

From a long line of guides, fifth-generation Ralph was brought up in Botswana alongside the native Bushmen, giving him an extraordinary insight to the land of the Kalahari and the Makgadikgadi Pans and one of the oldest surviving cultures on earth.

This offer is only good until the end of February 2015, so act fast if you want to go along!

Itinerary: You’ll travel through the Okavango Delta on a mobile safari in the Moremi Game Reserve for five nights, and finish with three nights at Uncharted Africa Safari Co.’s Jack’s Camp in the Makgadikgadi Pans.

Jacada Travel caters to the intrepid traveler hoping to steer clear of crowds and go beyond the traditional safaris, beach holidays, and sightseeing tours.