When one thinks of a vacation, most people will think of tropical beaches lined with palm trees and dreamy sunsets. But some gorgeous beaches have added unwelcome qualities. From seething tribesmen, to trigger happy terrorists, to hungry razor-toothed fish, here are 15 of the world’s most dangerous beaches.

We’re gonna need a bigger boat! If you ever wanted to make your Jaws nightmare come true, just take a dip at Gansbaai beach, the great white shark capital of the world. While its not recommended to go surfing or swimming in the water, it’s a popular tourist destination to go cage diving for an up-and-close experience with nature’s deadliest marine mammal. Chomp! 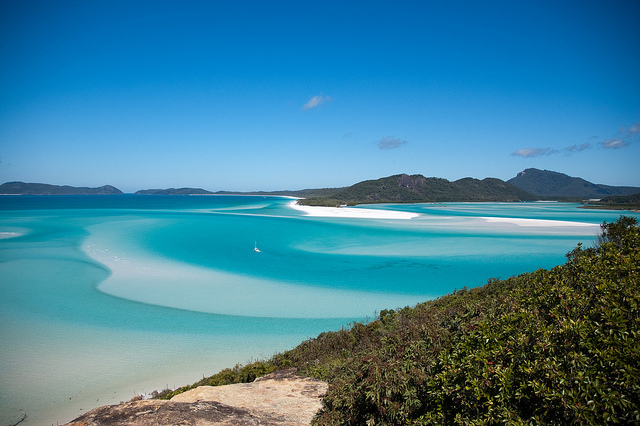 2. Most likely to be stung to death: Queensland, Australia

In certain times a year, the beaches of Queenland are overridden with the world’s most lethal cephalopod — the box jellyfish. It gets so dangerous that warning signs are strewn across the beach telling visitors to stay away and that swimming would be a guaranteed death sentence. A simple brush against the tentacles would result in pain so severe that people can die from the shock.

3. Most likely to be killed by natives: Andaman Islands, India

Off the coast of India in the Bay of Bengal, there are private islands only inhabited by Sentinelese people — and they aren’t shy about putting out their unwelcome mat. Largely out of touch with other people, they feel deeply threatened if non-natives pay a visit to their islands for a relaxing stroll. The natives will swarm around the intruders and attack with spears until the tourists either die or escape. Even famous French marine biologist, Jacques Cousteau barely escaped their wrath. Because of their violent nature, very little is known about this tribe. So if you accidentally come across them, your successful attempt at telling them “we come in peace” is up in the air. 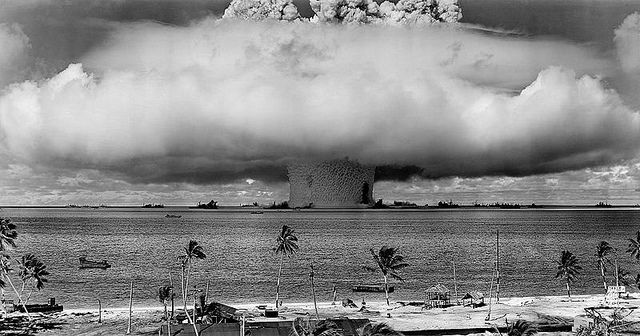 Unfortunately, the United States are to blame for the destruction of this once-beautiful island. In 1946, the US military conducted several nuclear bomb tests in the waters of Bikini Atoll, poisoning the local fish and wildlife. Many natives starved to death after having to move away from the island, and the US later compensated the villagers $150 million in damages (although still may not be enough). Today, the ocean surrounding the island isn’t as deadly as it used to be, but it still isn’t trustworthy enough to go for a swim.

5. Most likely to receive a snake bite: Snake Island, Brazil

There is nothing particularly wrong with this beach island…well…except for the millions of venomous snakes that slither around! It’s your worst childhood nightmare realized if you were to sunbathe and oh, several snakes just happened to pay you a visit. Reports say that there are at least five snakes for every square meter of this island (which is 430,000 square meter wide). You do the math. 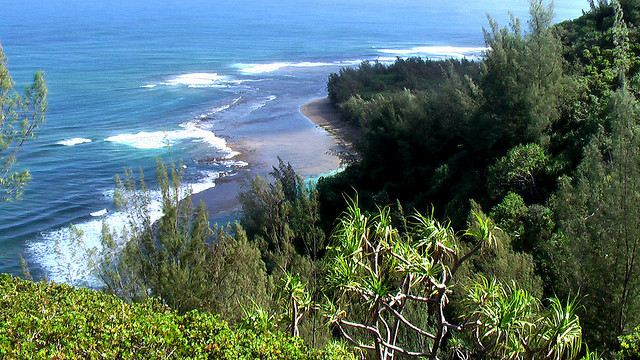 Responsible for at least 83 drowning deaths since 1970, Hanakapiai Beach is known for its brutal rip currents. Because of the lack of reefs to hinder the strong currents, there is nothing to slow down the waves. Despite warnings and death tolls, this beach still remains a popular spot for tourists. So if you should visit this area, work on your tan and admire the view (from afar).

Unless you’re a penguin, it’s highly recommended to not take a cool dip in the beaches of Antarctica — especially Heard Island. Temperatures can plummet to -58F and will easily give you a terrible case of hypothermia before you can say “rock hopper.” But if you’re idiotic enough to think going for a swim in a subzero temperature is a good idea, then maybe it’s for the best.

8. Most likely to be killed by terrorists: Southern Mindanao Islands, Philippines

If you think that you’re safe from terrorists as long you’re not in Syria, think again! Despite the beautiful beaches, the islands are home to the Moro Islamic Liberation Front that isn’t too keen to tourists (especially Westerners). Locals have reported that the Front has destroyed thousands of their homes and killed at least 16% of their people. So if you happen to venture upon this island in your string bikini and organic beach bag from J. Crew, you might stand out a bit as terrorist bait. 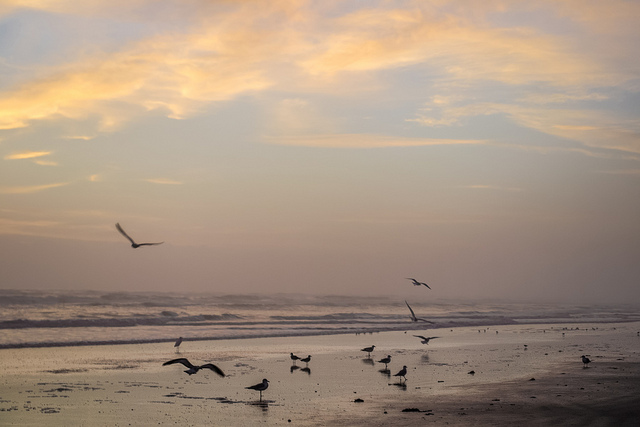 While South Africa holds the title for the most great white sharks in the waters, New Smyrna Beach is where the most bites have occurred. It does not mean that Florida beaches are more dangerous, but rather that far more people swim there than they do in South Africa. 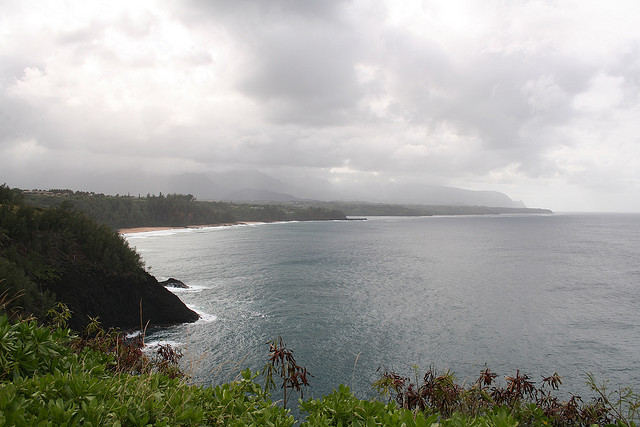 This beautiful Hawaiian beach is surrounded by a dangerous volcano, Mt. Kilauae, that has been active since 1983. You can still see the hardened black lava in the surrounding area to remind you of your potential brush with death. While there’s nothing wrong with taking a dive or sunbathing on the shores, could you really relax knowing that it’s very possible that your vacation could easily turn into a Pompeii re-enactment party?

11. Most likely to be mugged: Copacabana, Brazil

Serene water, sandy white beaches, and beautiful people. What could go wrong? A band of local youths have been known to pilfer beach bags, cell phones and cameras. The worst part is that the hooligans are not even discreet about it, going as far as snatching jewelries from women’s necks. Until the officials have this robbery problem under control (which we hope results in some serious spankings), it’s best to take your trip elsewhere. 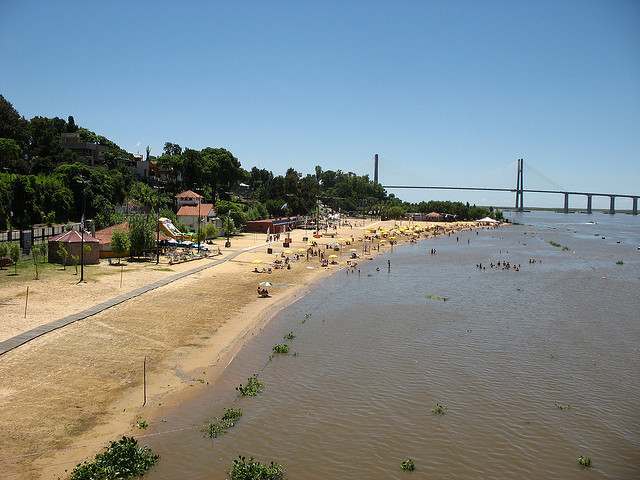 12. Most likely to be nibbled by piranhas: Rosario Beach, Argentina

In 2013, on what was supposed to be an ordinary Christmas day turned disastrous for 60 swimmers in this Argentinian beach — blood-thirsty piranhas fiercely gobbled up extremities of the swimmers. Several people actually had to have their fingers amputated. However, if the survivors were to enter the worst Christmas story contest, they surely would will win, hands down (or no hands). 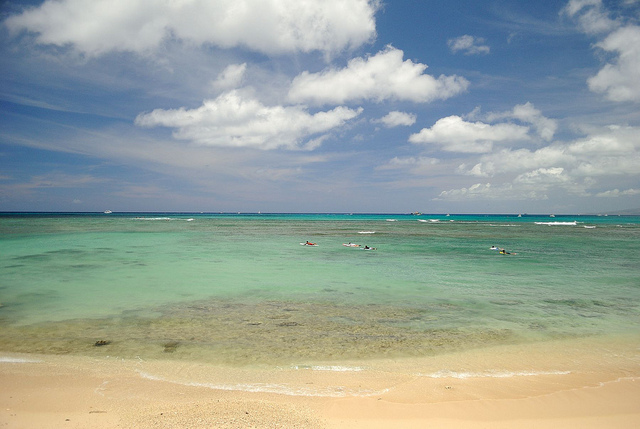 13. Most likely to be sliced open: Waikiki Beach, Hawaii

This beach is understandably a popular spot for tourists due to its beautiful turquoise-colored ocean, soft sand and lush foliage. Unfortunately, the beach’s tall coral reefs aren’t too friendly for swimmers, especially during low tide. Swimmers have almost no leg room to avoid being badly scraped by razor-sharp rocks and reefs. Ouch! 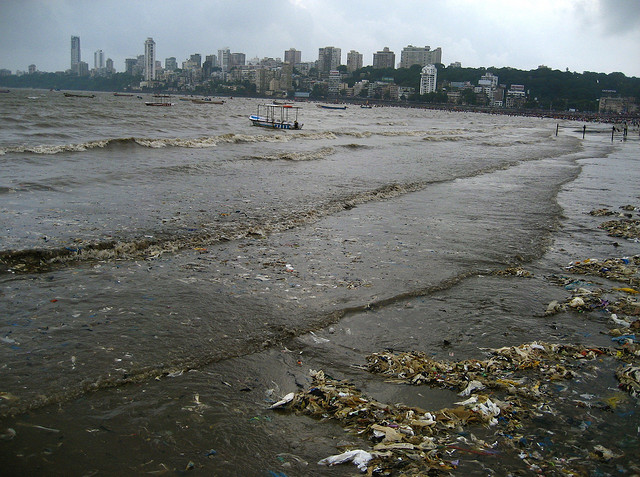 Close to Mumbai, India, this beach is so filthy that you will immediately turn down any seafood offered on the menu in the area. Heck, you might rather nose dive and drink the water from New York’s East River than to dip one toe into Chowpatty’s beach.

Throughout the coast of Darwin in Northern Australia lurks deadly sea creatures — salt water crocodiles. Don’t think you’ll be out of harm’s way at this beach if you’re not frolicking knee-deep in the ocean. In 2014, a 62-year-old man was snatched from his fishing boat from one of his reptilian neighbors. Take a tour in the outback and enjoy the wild kangaroos instead, at least there aren’t any crocodiles around (we think).