From beautiful architecture, to museums, to relaxing beaches, Luanda offers numerous diverse attractions and entertainment options. As a bonus, the seaside capital city of Angola has the perfect climate for a visit any time of the year. Here are 15 things to do in Luanda, plus some worthwhile excursions to surrounding areas. 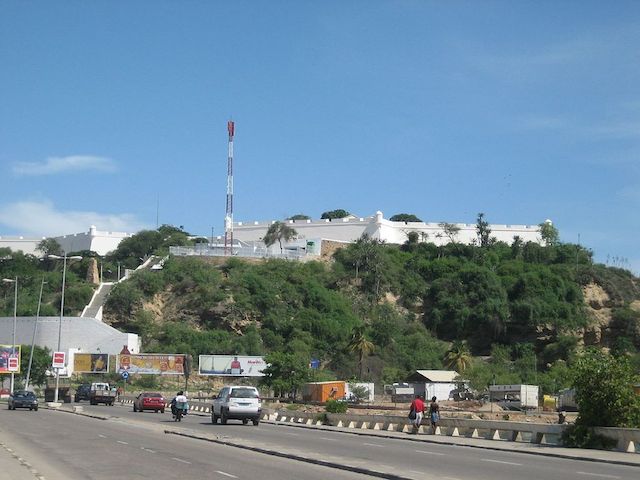 1. Visit The Fortress Of Sao Miguel

The Fortress Of Sao Miguel built in 1576 was once  the headquarters of the Commander-in-Chief of the Portuguese Armed Forces in Angola. One of the best things about the fortress is the amazing elaborate ceramic tiles inside that tell the story of Angola.

2. Learn About Slavery At The National Slavery Museum

The National Museum of Slavery is located in Morro da Cruz, Luanda, Angola. The museum was founded in 1997 by the National Institute of Cultural Patrimony, with the objective of depicting the history of slavery in Angola. 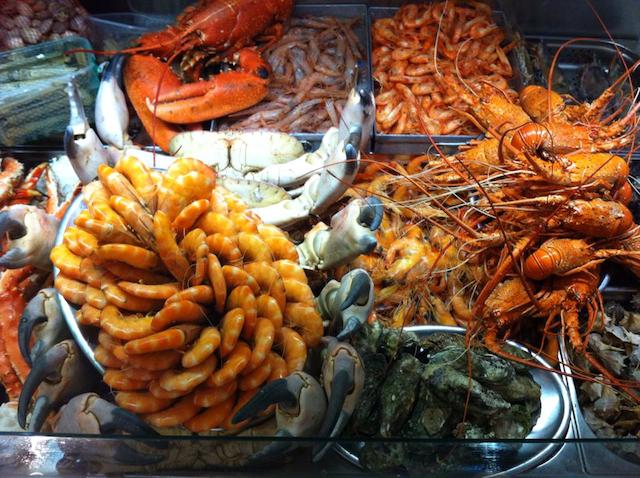 Even though the  prices are high, both locals and tourists agree that Lookal Mar sells the best seafood in Luanda. Adding to the experience is the beautiful open-air seaside setting. It is definitely a must-try restaurant when visiting the city. 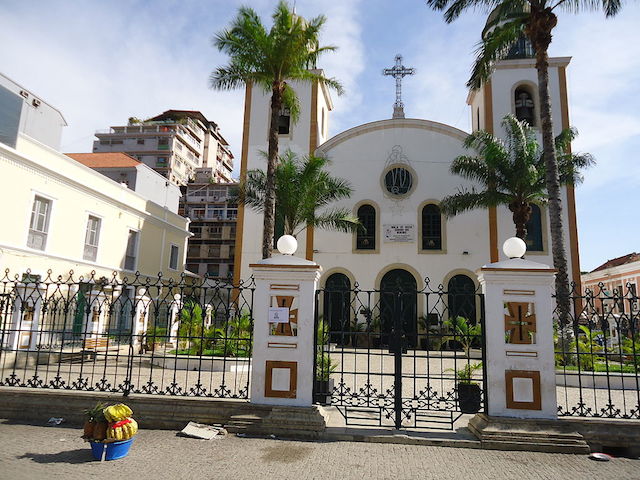 4. Visit The Cathedral Of The Holy Saviour 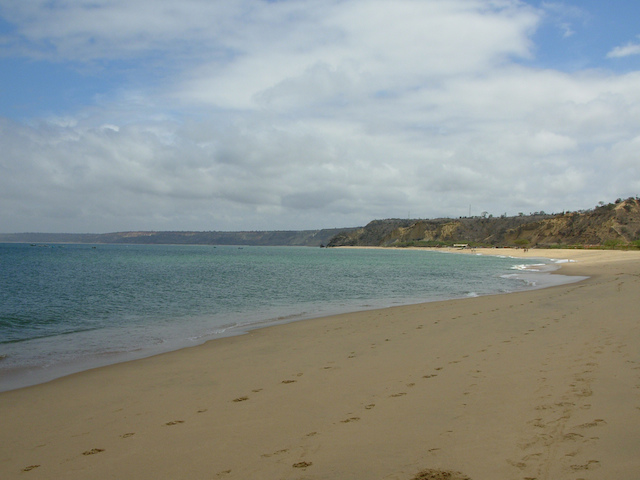 About 120km outside of Luanda is Cabo Ledo beach. Not only is it a great place to catch a tan, but it is also known as an incredible surf spot that hundreds of surfers flock to yearly. 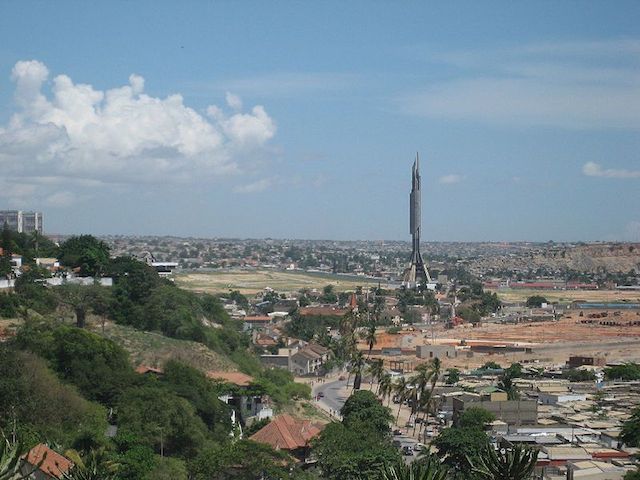 António Agostinho Neto was the first president of Angola serving from 1975 to 1979 and led the Popular Movement for the Liberation of Angola (MPLA) in the war for independence. After his death on 10 September 1979 this historic man’s body was preserved and today can be viewed at Mausoleum Of Agostinho Neto. 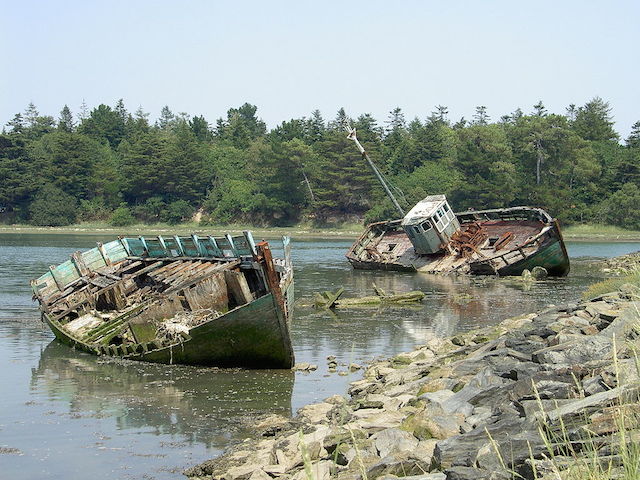 7. Head To The Ship Cemetery

This slightly eerie abandoned place is about an hour and a half drive outside of Luanda. As soon as you hit the beach, you’ll start seeing the three sets of various ships scattered along the coastline. 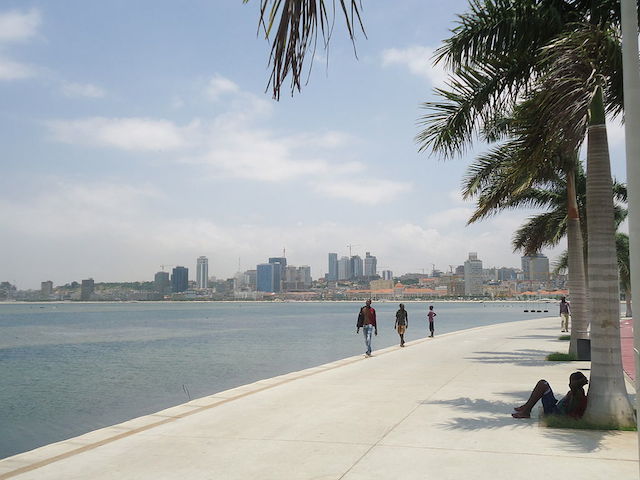 8. Take A Walk Along The Bay

Even though the bay is along the coast, it is not a suitable to swim, but you can enjoy a casual walk or jog along it. At night, the bay area comes alive as people enjoy the nearby restaurants and bars.

Located south of Luanda is the island of Mussulo. Perfect for a day trip or a romantic overnight getaway, this island has tons of resorts, amazing beaches and picturesque settings. 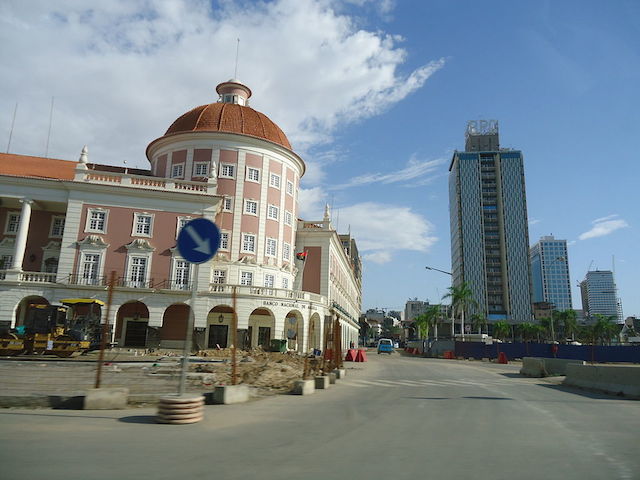 10. Visit The National Bank Of Angola

This amazing building may look like a palace, but is actually home to the National Bank of Angola. Located in the centre of the city, the pink building is stunning by day, but lights up and becomes spectacular at night.

Another awesome architectural building in Luanda is the Iron Palace. Built by Gustave Eiffel, the builder who built the world-famous Eiffel Tower in Paris and the Statue of Liberty in New York, the Iron Palace is just as stunning.