Many of us that love films may recognize a familiar location when we’re watching movies, but it would be even better if we were there in person. From tall skyscrapers to luxurious and preserved castles, here are 15 movie locations that are worth traveling to see. 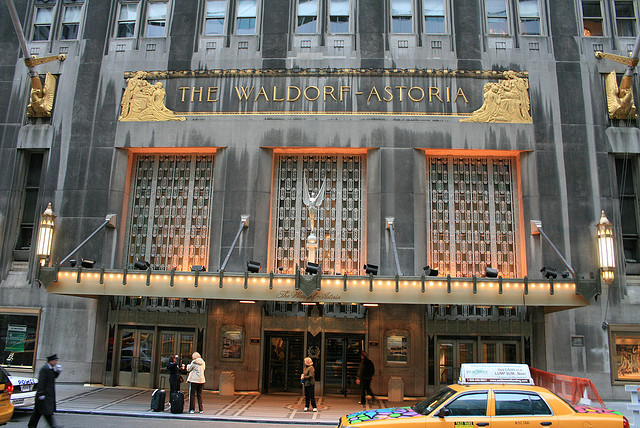 Films: The Royal Tenenbaums, Broadway Danny Rose, Coming to America, Maid in Manhattan, Analyze This, Scent of a Woman, For Love of the Game, Serendipity

Since 1931, one of the wealthiest families of the United States, the Astors, have used the Waldorf Astoria hotel to temporary house royalty, celebrities and the super rich during their stay in New York City. Because of the hotel’s over-the-top interior full of marble floors, golden chandeliers and its location, it became a go-to spot for many filmmakers that needed a lavish setting. If you cannot exactly foot the bill of staying overnight in this luxurious hotel, you can at least browse the lobby or dine in the elegant Peacock Alley Restaurant. 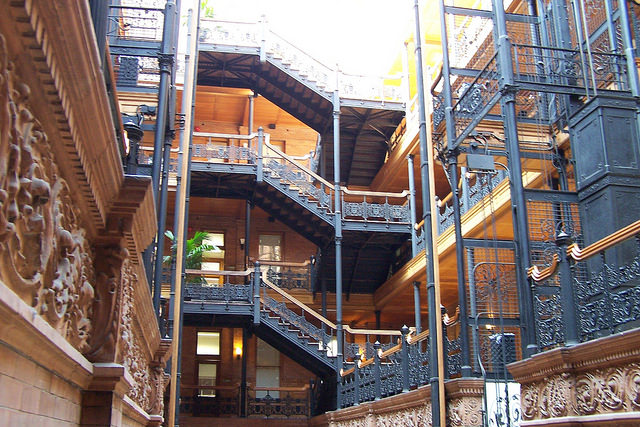 Louis Bradbury built this office building once he struck gold (literally). Bradbury wanted his building to have an European influence with a touch of Science Fiction. Because of its odd appeal, it became the post-apocalyptic background for “Blade Runner” and the 1920s vibe for “Chinatown.” Today, the building operates as the Los Angeles Police Department of International Affairs (although, they do let some film makers use the facility every now and then). 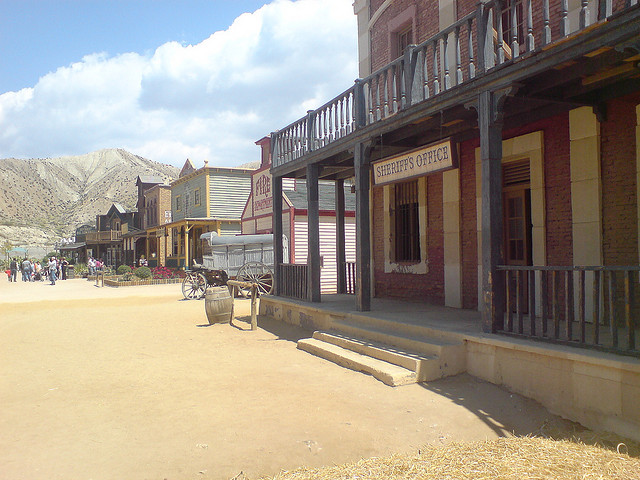 Films: The Good, the Bad and the Ugly, For a Few Dollars More

You might recognize the setting in the spaghetti western film of “The Good, the Bad, and The Ugly” starring Clint Eastwood as a disgruntled cowboy. Surprisingly, it wasn’t filmed in the vast desert of Texas or Mexico, but in Andalusia, Spain. Italian director Sergio Leone didn’t want to trek all the way to the States to make his many cowboy films so he opted to build a wild west in his neighboring country. Today, Mini Hollywood serves as a museum for visitors and includes several cowboy stunt shows. It’s still occasionally booked for filming (including an episode of “Dr. Who”). 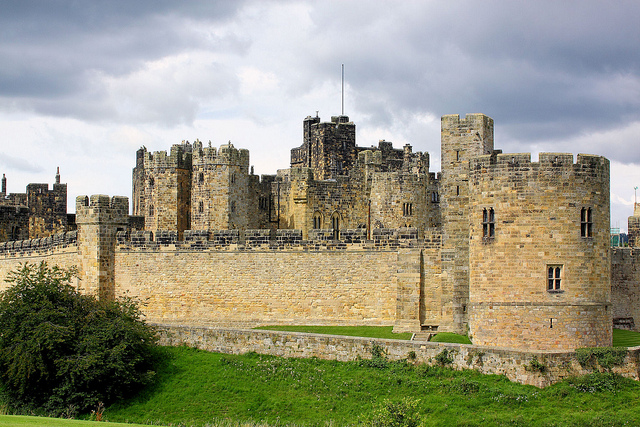 Currently the residence of the Duke of Northumberland, Alnwick Castle is open to the public and gets 80,000 visitors a year. Believing the castle to be built in 1036, its immaculate condition is coveted by many period-piece filmmakers for an authentic setting. The castle also has a lush garden full of topiary art and cascading fountains. 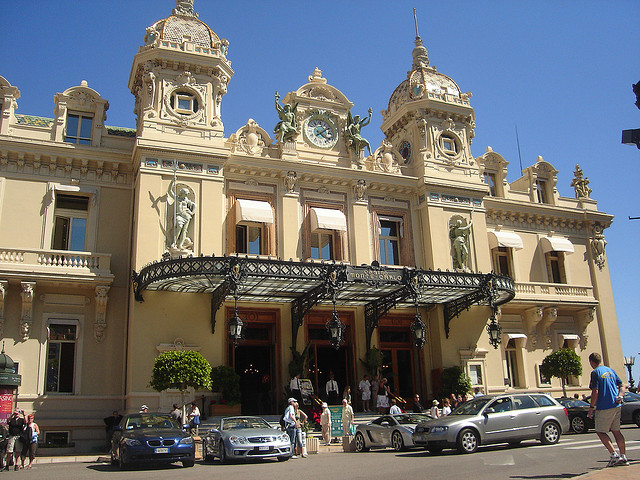 Originally belonging to Princess Caroline when it was built in 1858, this place went on to be the world’s most beautiful casino and resort. It became a famous gambling spot for high profile people such as Aristotle Onassis and Pope Leo XIII. Because of its beautiful backdrop for high rollers (outside of Vegas), it became a filming spot for many suspense and action films (including a couple of James Bond movies). 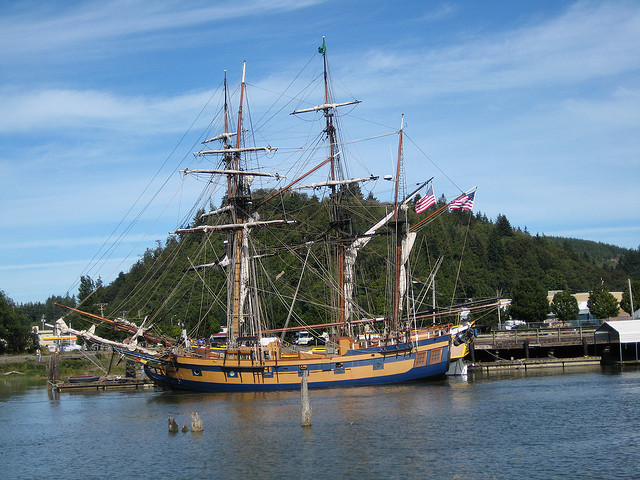 Films: Pirates of the Caribbean: The Curse of the Black Pearl, Starship Enterprise, Treasure Planet, Blackbeard

She’s once, twice, three times a lady. Sailing the open sea since the 18th century, the ship’s wonderful exterior and decor makes this an excellent ship to use in films, especially with pirate-themed plots. A replica of the ship has been made in 1989 and is used sometimes for filming. Today, she operates as a mobile museum to educate kids on the lifestyle of being a sailor of merchants. 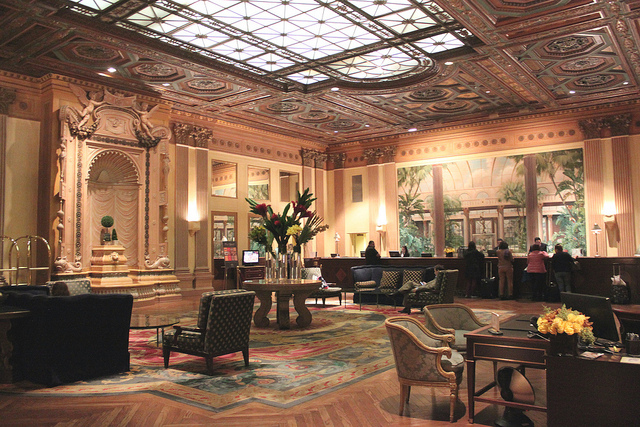 This posh hotel was built in the roaring 20s and still echoes some of its art deco influences. Many Hollywood stars such as Katherine Hepburn, Mae West, and Will Rogers have stayed in this extravagant resort. With its already-in-Hollywood convenience location and fancy setting, many directors see this hotel as an easy spot to book for films. Maybe you can recognize its hallways from Ghostbusters (although not covered in green slime from Slimer). 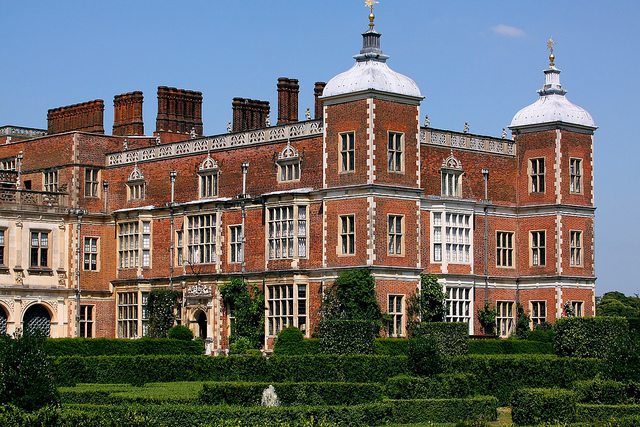 Films: Orlando, Tomb Raider, Get Him to the Greek, The New World, Batman, Batman Returns, Greystoke: The Legends of Tarzan, Shakespeare in Love, Charlie and the Chocolate Factory, Guy Ritchie’s Sherlock Holmes

Built in 1611, this Jacobean house is home to many period films from the Medieval style to the Victorian era. It was once a favorite childhood home of Queen Elizabeth I and has a gorgeous garden. Today, tourists can schedule in advance to tour around the house and marvel at the site where a creepy Johnny Depp smothered his visiting children with candy. 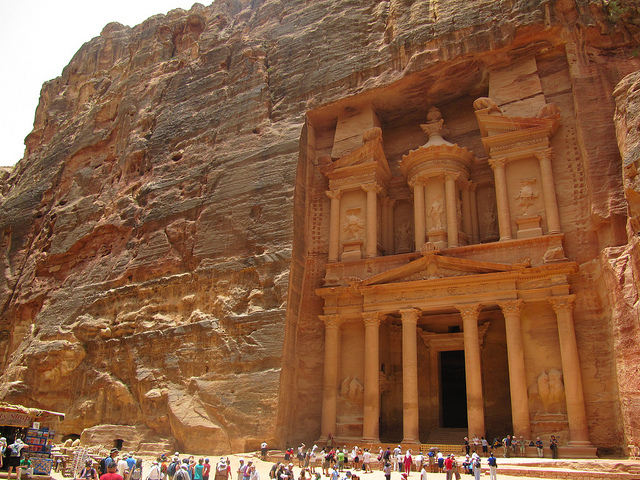 Films: Indiana Jones and the Last Crusade, Sinbad and the Eye of the Tiger, Arabian Nights, The Mummy Returns, Transformers: Revenge of the Fallen

Indiana Jones fanatics behold! You might recognize this site as the palace where Indiana and Professor Jones blissfully watched Nazis turn into melted butter. But Al Khazneh is no laughing matter due to its rich history. Built in the 1st Century A.D., this palace served as a treasury for the Pharoahs of Egypt. Visitors can explore the area on their own and enjoy the neighboring shops. 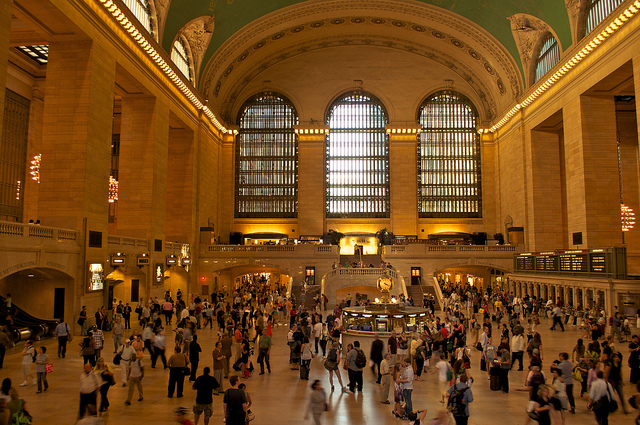 Films: Around the World in 80 Days, The Avengers, Carlito’s Way, The Fisher King, Eternal Sunshine Of The Spotless Mind, I Am Legend, Cloverfield

Nearly half of the movies filmed in New York City at least show the exterior or interior of this iconic station. Several action films and romantic flicks are filmed in this spot due to the terminal’s open space and polished architecture. While you don’t need to pay for a train ticket to see the vicinity, the Grand Central Terminal is open to the public to browse, shop, and eat a meal or two. 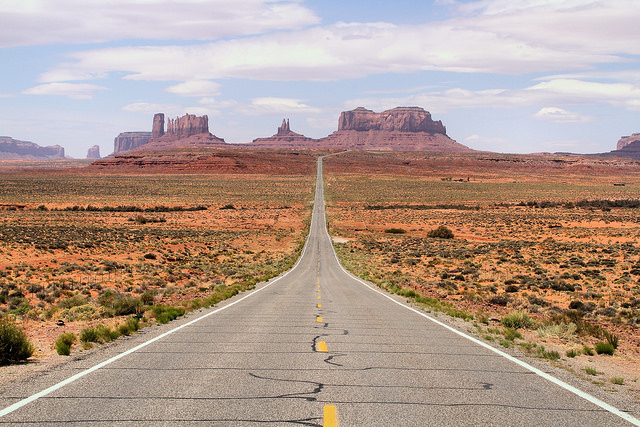 You might recognize this backdrop in several films of bandits or lone travelers driving on the highway. Tom Hanks can be seen jogging along this spot in “Forrest Gump,” Dennis Hopper was found biking with his gang in “Easy Rider,” and in “2001: A Space Odyssey,” this location was used as a set for an alien planet.

Films: Three Men and a Little Lady, The Scarlet Pimpernel, Shakespeare in Love, Oxford Blues, The Madness of King George

This manor was built in 1300 for Sir John Broughton, whose descendants kept the castle well preserved. Because of the castle’s perfect condition, many medieval films and Shakespearean flicks are filmed in this location (after all, it’s cheaper than building a fake set). Today, the castle occasionally hosts concerts for locals (this is your cue to attend). 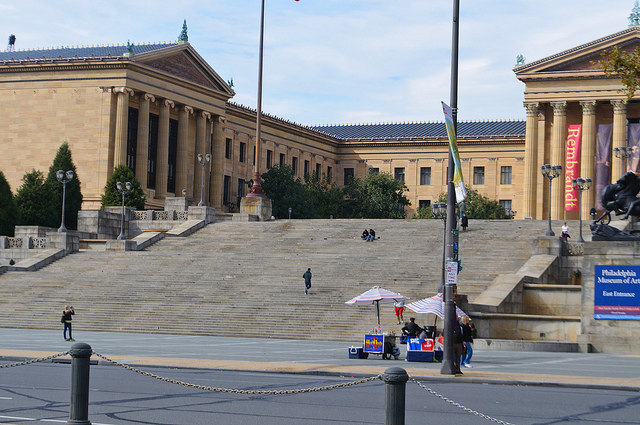 Films: Rocky (and four out of five of its sequels), Philadelphia, Mannequin

This art museum is most famously recognized for the steps that produced Sylvester Stallone’s character, Rocky’s victory. The museum erected a Rocky statue to honor the film that brought this establishment fame, and can also be seen in other films, but all of the flicks are overshadowed by the Italian boxer. 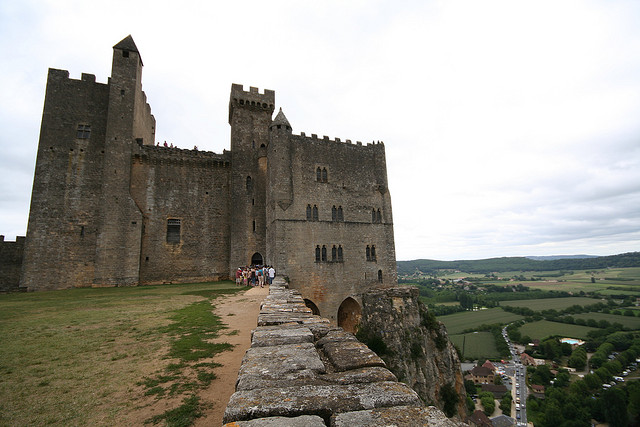 Perched on a cliff overlooking the French commune of Beynac-et-Cazenac, this 12th century castle remains standing to remind us of the deep history that took place (including the Hundred Years’ War). Despite the castle’s crumbling shape, it continually undergoes restoration and is often booked for filming. 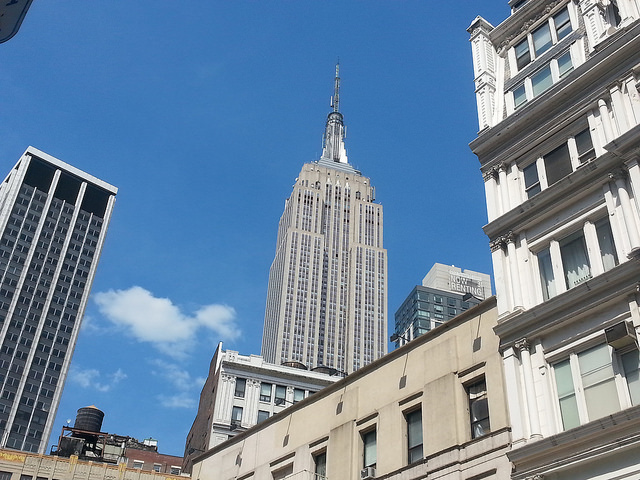 Films: King Kong, An Affair to Remember, Sleepless in Seattle, The Producers, The Time Machine, Sky Captain and the World of Tomorrow, North by Northwest, Serpico, Superman II, Taxi Driver

The most iconic New York skyscraper, the Empire State Building, appears in almost every film about New York. At 103-stories-high and over 1,250 feet tall, this building is easily recognizable in any flick. It’s so high that you can see New Jersey and Connecticut from the top. A tour to the top is easily booked and is open to the public year round. However, it’s strongly advised to take the elevator over the stairs.