While almost everyone extols Asia’s, Europe’s, and North America’s food scenes, Africa often gets the cold shoulder. Africa has some of the most unique and tastiest food in the world, and its culinary offerings are as diverse as the people and countries that comprise it. With hundreds of different styles of food and influences from as far as the UK, Oman, Portugal, India, and even China, Africa should be on every foodie’s list of places to explore. Here are 15 of the top foodie destinations to explore in Africa. 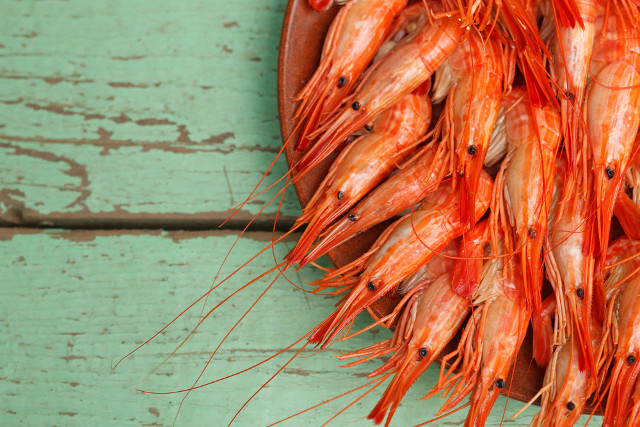 Cape Town has an incredible diversity of food in its ever-expanding food scene. As a tribute to all the cultures that have inhabited the city throughout the centuries, there is an excellent array of restaurants and styles ranging from Afrikaans, African, Cape Malay, Indian, and of course, seafood. With everything from street food to world class restaurants, Cape Town has something for every taste. 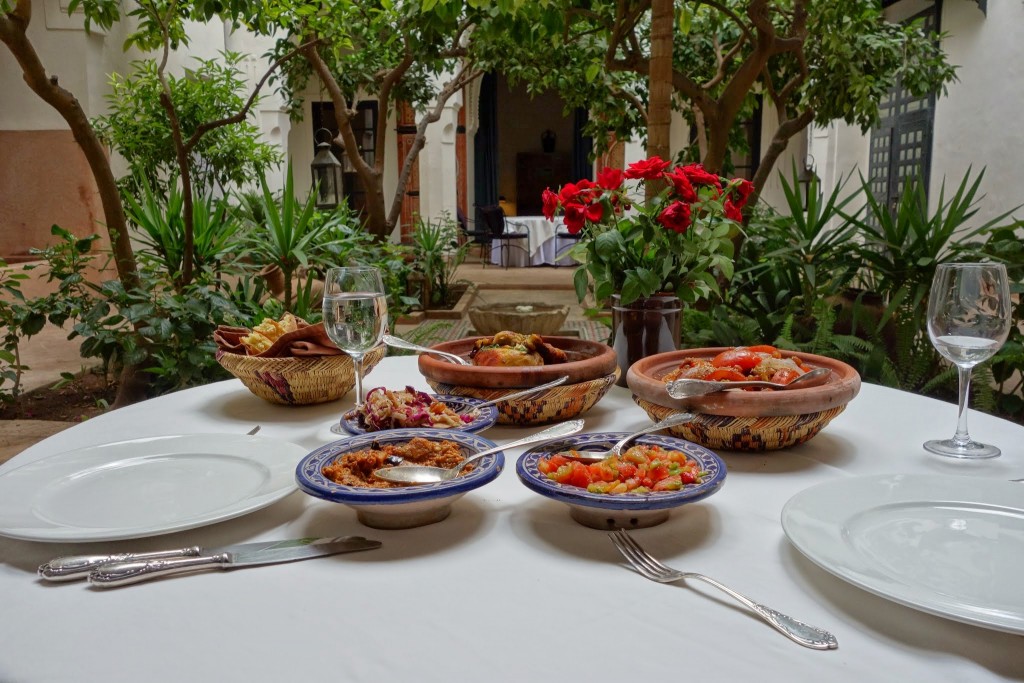 Marrakech and its ancient medieval square, the Djemma el Fna are the center of the culinary scene in Morocco. With dozens and dozens of food vendors not only in the square, but spread out throughout the old medina, the ubiquitous tajine (meat or veg cooked in a clay pot), skewers of everything save for pork, hearty harira soup, and couscous are just a few of the items you’ll find here. Wash it all down with a sweet mint tea for a truly Moroccan finish! 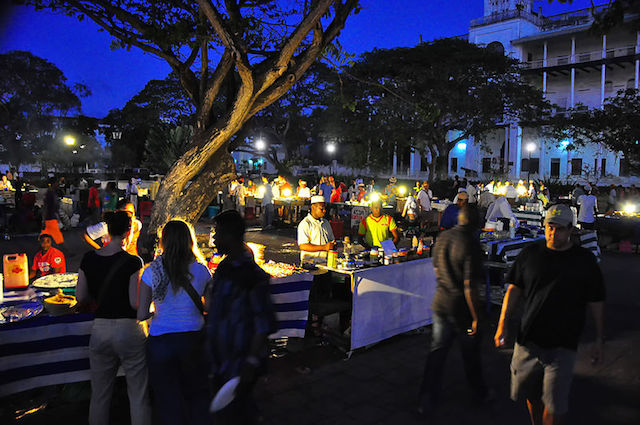 Much like the Djemma el Fna, Forodhani Gardens in Stone Town is the epicenter of Zanzibari fare. As the sun descends, the seaside gardens and park come to life with food sellers slinging everything from Sorpotel (meat and organ masala), pilau, pepper shark, boku-boku (meat and veg stew), and spice cake to name a few. Centuries have blended traditional Swahili fare with that of India, China, the UK, Portugal, and Arab. 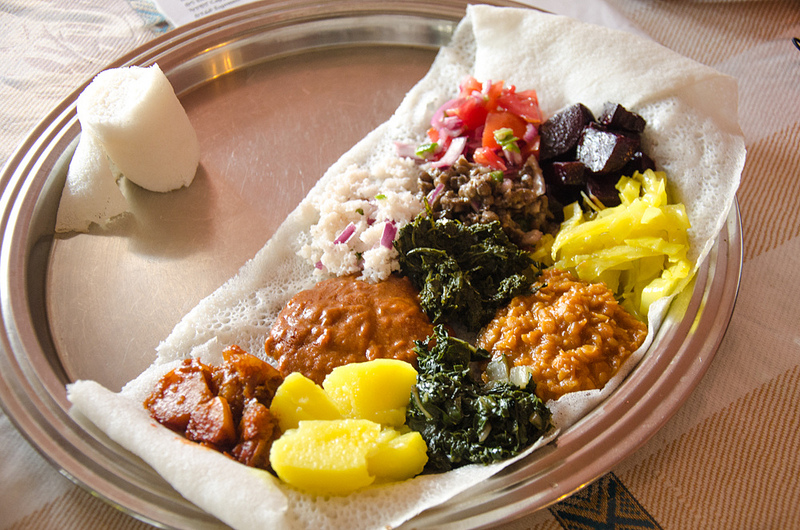 The food is as much a reason to go to Ethiopia as any. With Addis Ababa (meaning ‘beautiful flower’) at the heart of the country, there are thousands of dining choices spread throughout the sprawling city. With much more than injera, wats, tibs, and lentils, Addis Eats is a local tour operator which will take you through neighborhoods and markets sampling fare from all over the city and country. Sign us up!

Situated on the Mediterranean Coast with hundreds of years of history with France, Algiers has the best combination of European, Arab, North African, and Mediterranean food. This city of millions caters to all tastes and budgets, and like other major cities, has incredible dining options. 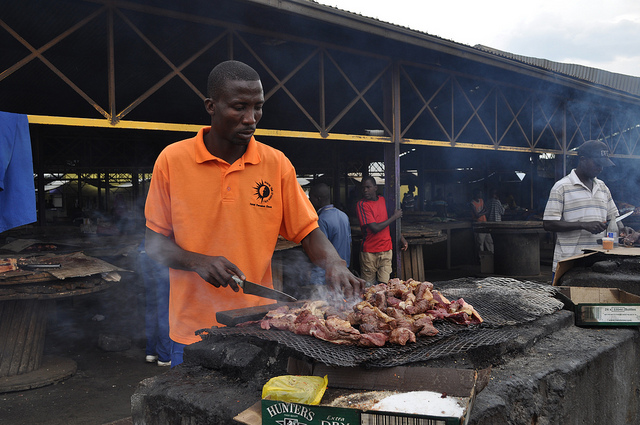 With a heavy German and South African influence, Namibia has a very meat and potatoes scene throughout the country. However, these aren’t your standard bratwursts – meat in Namibia means ostrich, zebra, kudu, and warthog. Paired with maize porridge, sauerkraut, or millet, there are many places in Windhoek, Swakopmund, and beyond where you can find great game at fair prices. 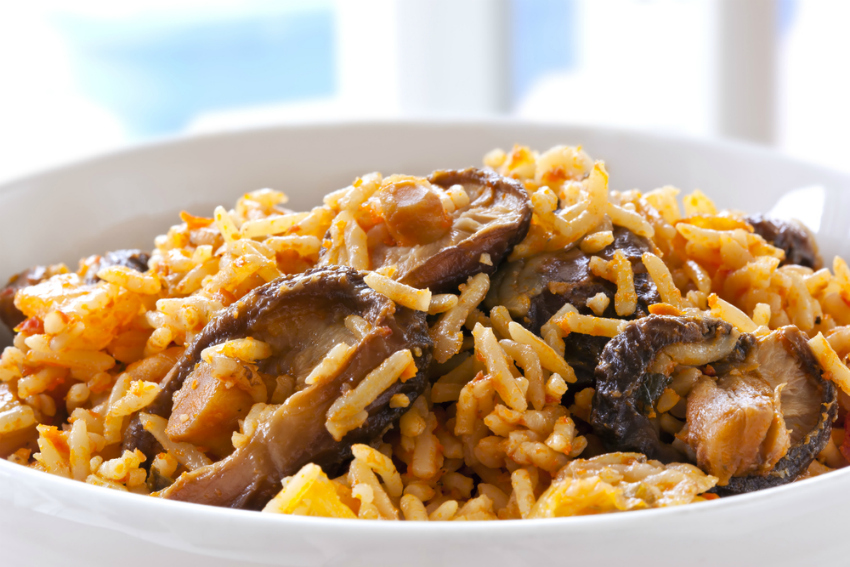 Ah, the chaos of Lagos, one of Africa’s largest cities. With close to 20 million people, that’s a lot of mouths to feed. Spiced jollof rice, egusi soup (made from mellon seeds and bitter leaf), fried plantains, pounded yams, and okra soups are a few staples that can be found everywhere including on street corners, but there are also luxury restaurants catering to the new Nigerian wealth on Victoria Island and Eko.

Senegalese food is hearty – meat, rice, vegetables, and thick stews. While Dakar has all of that, it also has a bakery and food scene influenced by France — its long time colonial administrator. Sandwiches, beignets, and baguettes are more common here than in most Francophone African cities. Oh, and the Wolof Burger is a must try if you’re here. It sounds exactly like what it is, a Senegalese take on an American classic.

Durban has always been a melting pot for South Africa, and with one of the largest Indian populations on the continent, you know you can find excellent fare a stone’s throw from almost anywhere in the city. One of the most important street foods to try is bunny chow which is a hollowed out half or quarter loaf of white bread filled with firey curry. Though no one’s quite sure how it got its name… 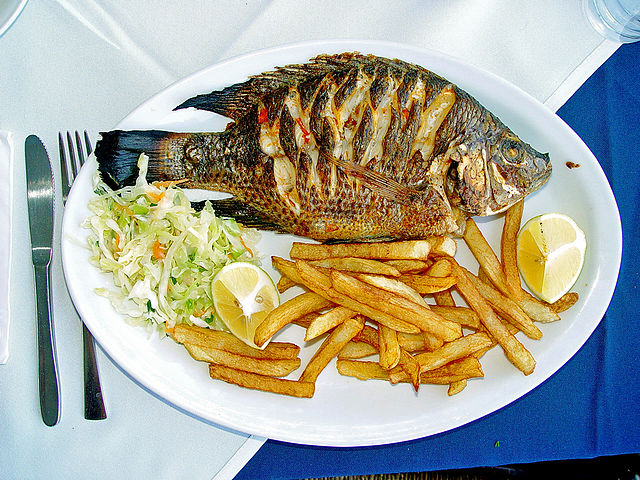 While there isn’t one quintessential city in Lake Victoria, three countries share its freshwater shores – Kenya, Tanzania, and Uganda. If you find yourself anywhere within a few hours of the lake, make sure to order some fish. Nile perch is the most common and it doesn’t matter if its skewered, filleted, or prepared whole and stuffed with herbs, onions, and spices, it will be one of the best meals you’ll have in Africa.

Much like Mombasa, Dar es Salaam is one of the centers of Swahili food and culture for all of East Africa. Being a large and important center of trade and commerce, Dar has tons of eating options including many international and fine dining restaurants combining a wide variety of seafood with Arab and Swahili flavors and spices.

Mozambique is unique in Africa. It has the Swahili influence in the northern half of the country, and combines it with Portuguese fare and African flavors throughout. With over 1,000 miles of Indian Ocean coastline, fish, prawns, and other ocean fare can be found grilling on roadside charcoal stoves or in luxury hotels in larger cities like Maputo and Beira. Spicy piri piri combines with creamy coconut sauces to make the chicken and fish here to die for. 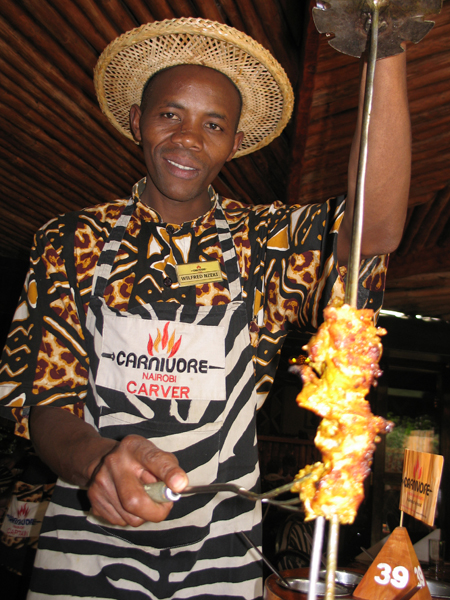 A carver at Carnivore restaurant, Nairobi. Photo by Susan McKee.

As an important political, financial, and cultural hub of East Africa, Nairobi has everything from streetside Nyama Choma (barbequed or grilled meat) and ugali (starchy maize staple) to Indian cuisine and luxury restaurants. A kitschy yet delicious staple of the Nairobi food scene is Carnivore, set up like a Brazilian steakhouse but with ostrich, crocodile, antelope, and other exotic game meats on the menu. 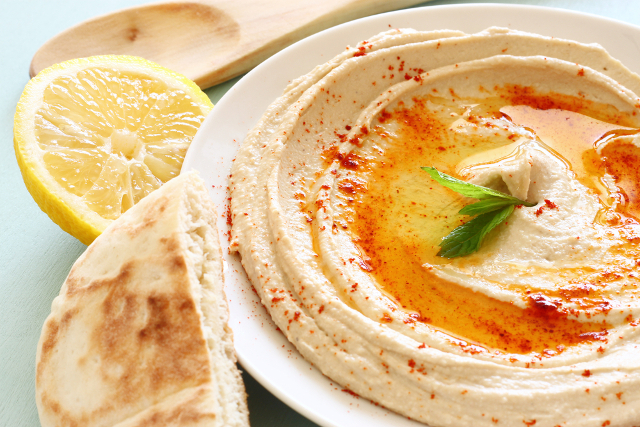 Thousands of years of history has made Cairo not only one of Africa’s largest cities, but also one of its tastiest. Stuffed pigeon is a local specialty but falafel, shawarma (flatbread meat sandwiches), fuul madammes (mashed fava beans with oil, cheese, onions, and spices), and koshary (a hearty bowl of starch featuring rice, pasta, chickpeas, lentils, fried onions, and tomato sauce) are a few staples you’ll find in any restaurant or street corner. 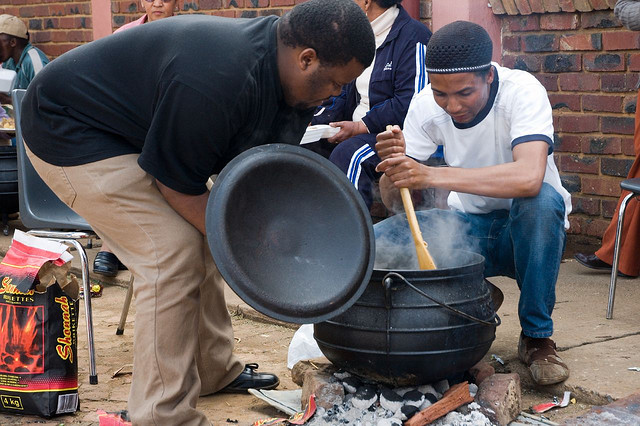 Much like the rainbow nation itself, Joburg is a mix of everything, not dissimilar to Cape Town. African, Dutch, English, South Asian, and other influences all vie for supremacy in this multi-cultural city. Potjiekos (pot food) is an important multi-layered dish cooked in a cast-iron pot, but for the truly adventurous, try a smiley (cooked sheep’s head) or walkie-talkie (a chicken feet stew).

This article was originally published February 17, 2015.