When it comes to luxurious highbrow culture and gourmet eats, most people think of Paris or Barcelona, while Buenos Aires often gets overlooked for the great sophisticated city it is. But with its rich history, European influence and top-notch operas, dancing, and steaks, the list of reasons to visit goes on forever. But for now, here are 15 reasons to visit the exciting city of Buenos Aires. 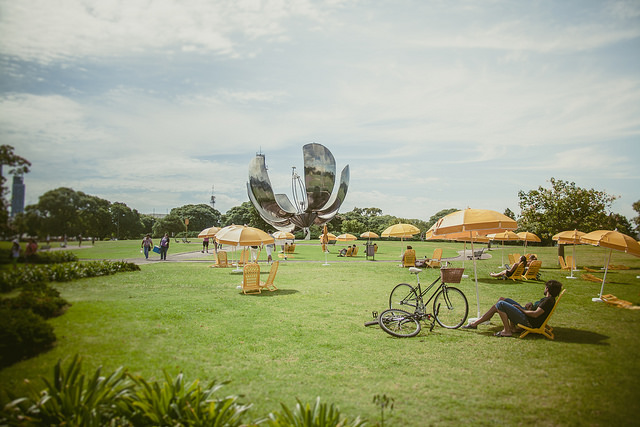 As a land where the sun shines year around (especially in the winter), Argentinians love to bask in the warm sun anywhere they can to forget all their troubles. So hop on the next train, get away from the nasty snow and work on your tan. 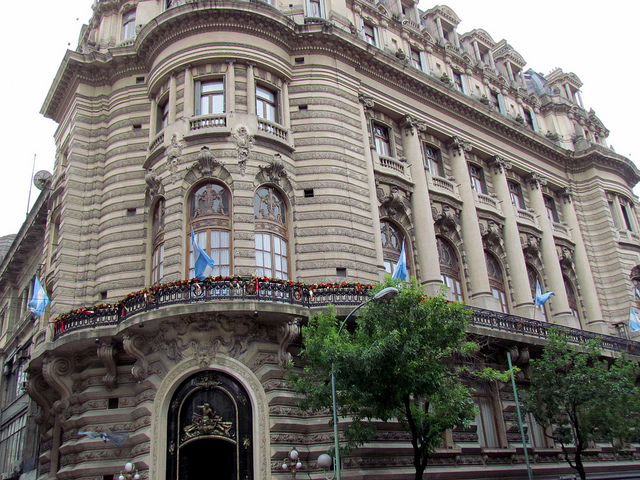 There’s no doubt that Buenos Aires’ city layout and building design is widely influenced by Europe (especially Spain). This unique city is dubbed “The Paris of South America” due to its many squares, monuments, parks, cathedrals and architectural details. Once you get off the plane, you might find yourself doing a double take and wondering if you are in Barcelona, not BA.

Buenos Aires is famous for is steaks, which can be found not only in restaurants, but in food stands on busy streets. Other popular treats such as croissants (medialuna) and bondiolas (pork shoulder sandwiches) are cheap delicacies that will satisfy you after a long trek through the city. Yummy!

4. They know how to party

Don’t be surprised to find people tango dancing on the street. It’s fairly common for Portenos to put on their best outfit and dance the night away in the open in public. Not to mention the nightclubs in this city are hopping every night to popular deejays. 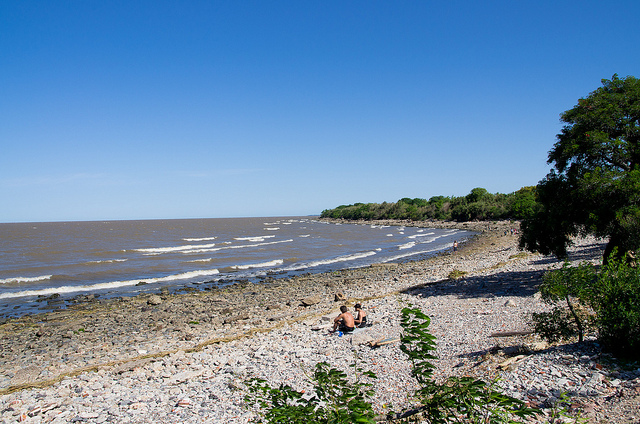 The Atlantic Coast of Buenos Aires harbors some fantastic beaches, from smooth and silky, to rough and rocky. It’s recommended to go outside of the city’s vicinity to avoid crowds. But if you’re an extrovert, stay in the city and hang out in the bars by the urban beaches and see some of the most beautiful people you’ll ever meet. 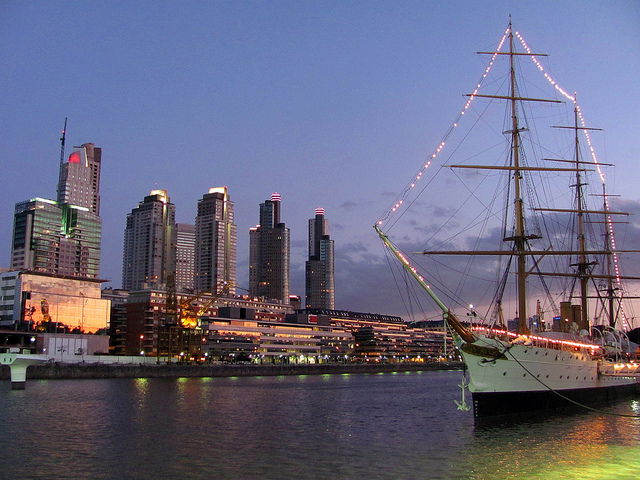 6. Sail down the canals or ocean

Buenos Aires is surrounded by canals and is adjacent to the Atlantic Ocean, which means there are plenty of opportunities to play Hippolyte Bouchard (an Argentinian sailor). Rent a canoe, join a fishing crew or book a romantic dinner on a cruise. You’ll have it made once the sun sets and the city’s lights flicker back at you in the distance. 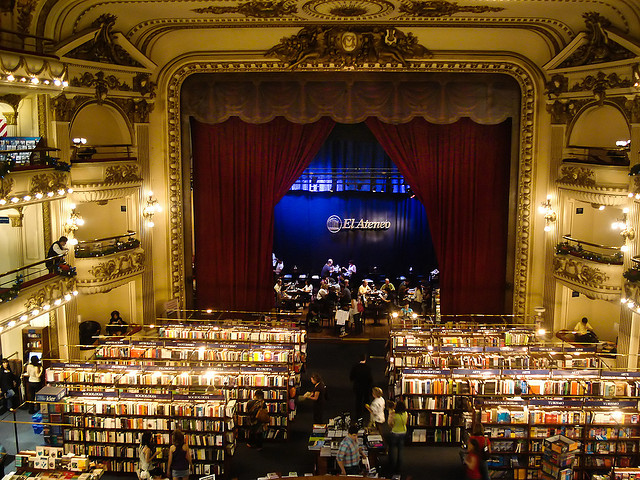 Buenos Aires is sophisticated and it shows, especially when you venture into ordinary places like a bookstore and find yourself inside a dome-like theater with ceiling frescos of cupid by Italian artists. Not to mention the supermarkets are adorned (and catered) in a similar style to a cheesemonger on the streets of Paris. 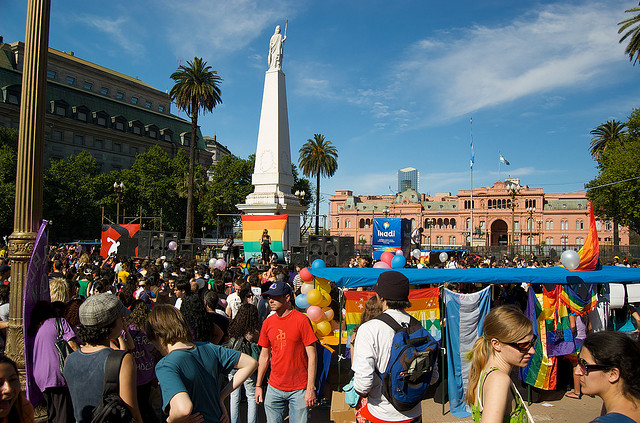 Argentinians are very open-minded and supportive of the LGBTQ community. This is the place to be who you are and be comfortable in your skin without any judgement. Oh, and the people of Buenos Aires have no problem celebrating gay history with over-the-top festivals and parades. 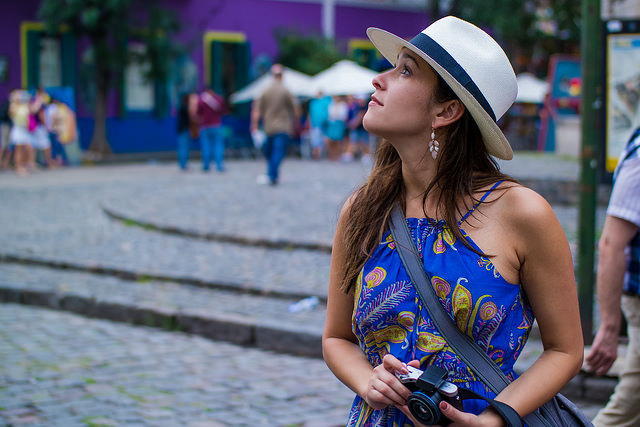 If there is any stereotype about the people of South America that’s largely true, it’s that Argentina seems to produce more than its fair share of stupidly attractive people. If you’re single, this is the place to meet the hunk of your dreams at the beach, or the gorgeous girl next door at a local cafe. 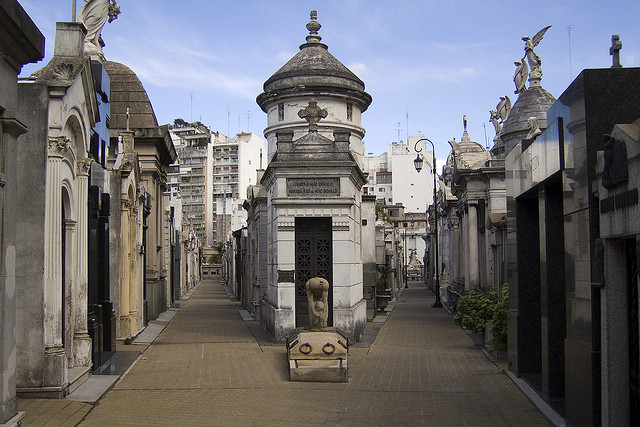 The La Recoleta Cemetery is arguably the most beautiful grave site in the world (ranking next to cemetaries in Paris and Milan). Countless decorated tombstones, mausoleums and statues of weeping angels amaze and fascinate visitors. And this graveyard is the eternal home to some of the most famous historical figures in Argentina, from Eva Peron to Juan Antonio Buschiazzo.

Architecture is not the only thing in Argentina that is heavily influenced by the Europeans: its wine culture produces some of the world’s finest vintages. Because weather that’s similar to southern France’s and California’s, Argentina too grows healthy vines that stretch for miles. In Buenos Aires, almost every local cafe, bar and restaurant will marry your steak with their freshest (or oldest) bottle of wine. Also, you’ll gain more credibility back home as a wine connoisseur if you can say that you sipped a glass of genuine Malbec in the streets of Palermo Soho. 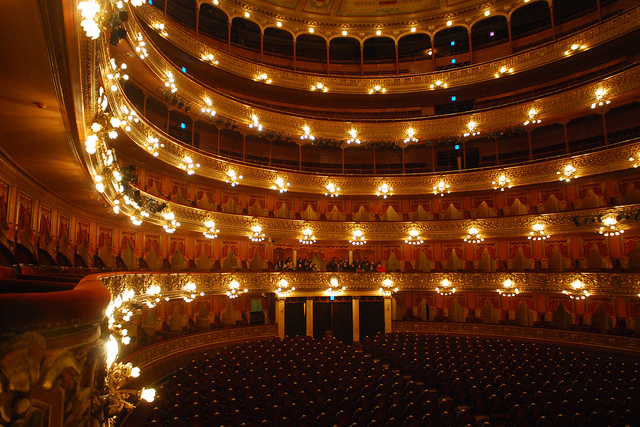 12. There are amazing opera houses

When visiting Buenos Aires, it’s an absolute must to catch a ballet or an opera in one of the popular theaters, especially Tetro Colon (above) where Luciano Pavarotti belted his highest note. Not to mention the interior will make you feel like you’re living among royalty. 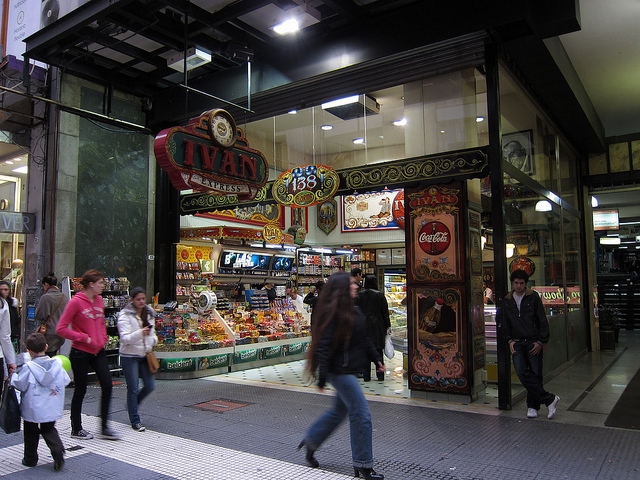 From chocolate shops to designer clothes, almost everything is a bargain compared to the prices in Paris or New York City. This is your chance to buy that leather jacket by Louis Vuitton that you’ve been wanting, without breaking the bank.

There is no need to rent a car when visiting this great city, because Metro trains and commuter rail is available to take you anywhere in the city within minutes. People in Buenos Aires seemingly appear healthier and trimmer than in other countries in South America–thanks to the pervasive walking culture. 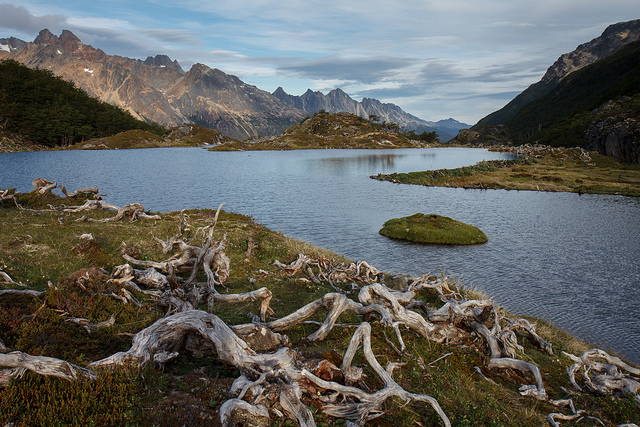 When visiting Buenos Aires, you might as well do your lungs a favor and venture outside the city to see some insanely photogenic natural attractions. Argentina is home to multiple dramatic waterfalls (such as Iguazu Falls), cliffs and snow-capped mountains. Bring binoculars, because you’ll want to watch some of the many wild animals that lurk in the wilderness of this country, including the capybara (large rat) and the sloth.