There is more to Nola than just the tourist trap of Bourbon Street full of frat boys and confused by-standers downing their daiquiris. Not all that venture outside of the popular area are lost, since there are tons more activities to do in this great southern city. Here are 15 things to do in New Orleans outside of Bourbon Street.

Pay your respect at this beautiful one-of-a-kind cemetery in New Orleans. Each grave is above ground and is believed to be haunted. Contact Save Our Cemeteries to book a tour and learn about the lost lives behind this graveyard.

2. Browse around The New Orleans Museum of Art

Head over to NOMA (New Orleans Museum of Art) and check out the Robert Rauschenberg or Degas collection. If you’re short on money, their outdoors sculpture garden is free and an absolute must-see.

3. Cruise down the Mississippi River

Turn your life into that “Showboat” musical you’ve always dreamed of! The city’s most famous steamboat, Natchez, allows you to sail down the Mississippi like a Mark Twain novel. And hey, the boat is outfitted with an upscale restaurant to impress your date. Hand carved rib roast anyone?

4. Let a butterfly land on you at the Audubon Institute

At Audubon Institute, a butterfly garden awaits to bring out the Snow White in you. The place also has a zoo, IMAX theater and an insectarium. Now you have your chance to get up close and personal with a giant rhinoceros beetle (but maybe not so much with the leopards).

5. Kayak through the historic bayou

Rent a kayak at the Kayak-iti-Yat and paddle down the city’s famous bayous. From your kayak, you can admire the historic houses and the city’s beautiful skyline. However, it’s advised that if you happen to see a face with scaly skin, rows of teeth and two eyes peering out of the water — paddle faster.

6. Smell a flower at the New Orleans Botanical Garden

New Orleans take pride in their natural flowers that grow in the deep south. The botanical garden at City Park is 12 acres wide and loaded with sensually-scented roses and sculptures. It’s advised to book a reservation to their Magic in the Moonlight event where you can dine at the location under the stars and night lights. 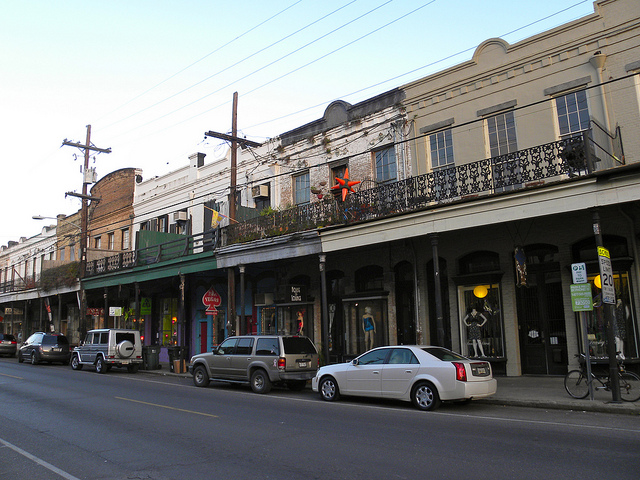 Take a taxi ride to Magazine Street for window shopping and great southern eats. There, you are bound to be meet more true locals than you would in the touristy French Quarter. 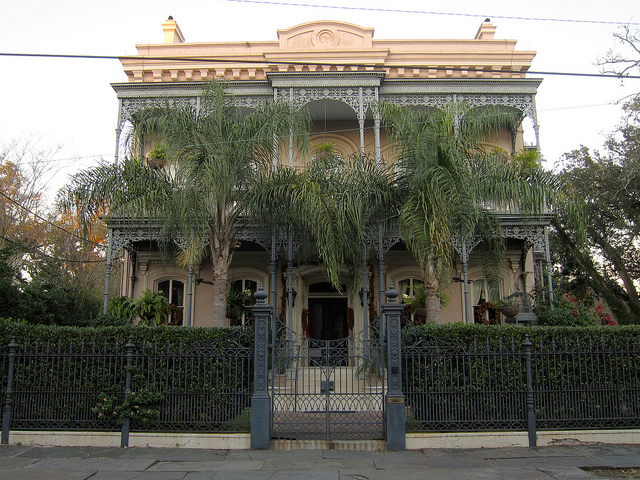 8. Explore the beautiful houses in the Garden District

Take a stroll around the breathtaking Garden District where you can admire (or secretly covet) gorgeous Southern-style homes straight out of William Faulkner’s novels.

9. Get curious at the New Orleans Pharmacy Museum

A pharmacy? But why? The New Orleans Pharmacy was America’s first licensed pharmacy and remained so remarkably intact that it turned into a museum. You can see many unorthodox kits such as bloodletting, leeches and voodoo potions. You’ll also leave this museum incredibly grateful we no longer practice trepanning in today’s modern medicine.

10. Scout for alligators on an Airboat

Although airboat tours are not exactly in New Orleans, you can go a few minutes drive outside of the city on a journey into the swamps of Louisiana. There are several airboat tours that come with a hard-core Creole guide with missing fingers (and he knows exactly what he’s doing) to help look for alligators basking in the sun.

11. Get a fantastic Po’boy at Parkway Bakery and Tavern

Better bring a friend because at Parkway Tavern, their Po’boys are so huge that it’s nearly impossible to finish them on your own. Oysters, catfish and traditional shrimp are all on the menu for you to enjoy. And don’t expect a top-notch fine dining service, they’ll practically throw the subs at you (but it’s worth every abuse once you get a bite of these babies). 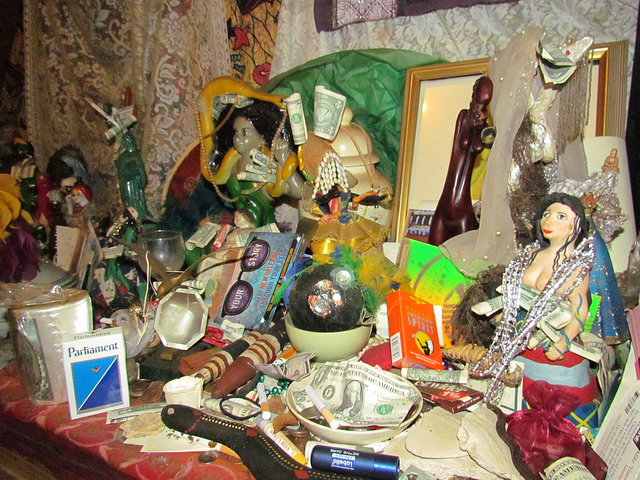 You’re in New Orleans, so what more cliche thing to do than embark on a voodoo tour? At Mary Laveau’s House of Voodoo, you will be taken on a journey to haunted sites and learn a thing or two about pinpricking dolls. If you’re angry at an ex-lover, make this your first stop. 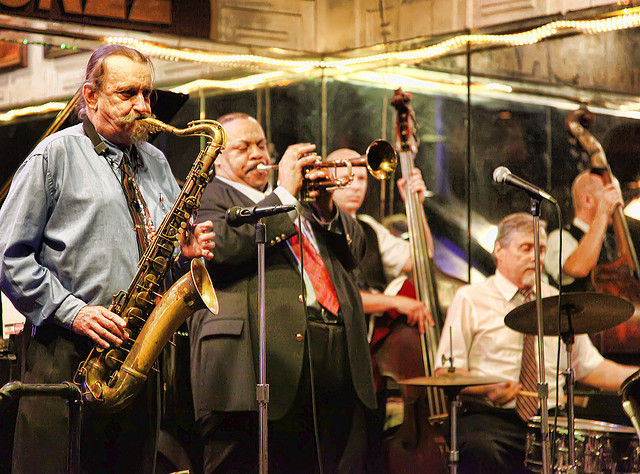 13. Listen to some jazz at several music clubs and bars

Head over to The Spotted Cat Music Club or Sweet Lorraine’s to listen to real jazz music. Dance with a beautiful stranger or slurp some oysters while listening Mack the Knife or My Funny Valentine. You’ll have it made. 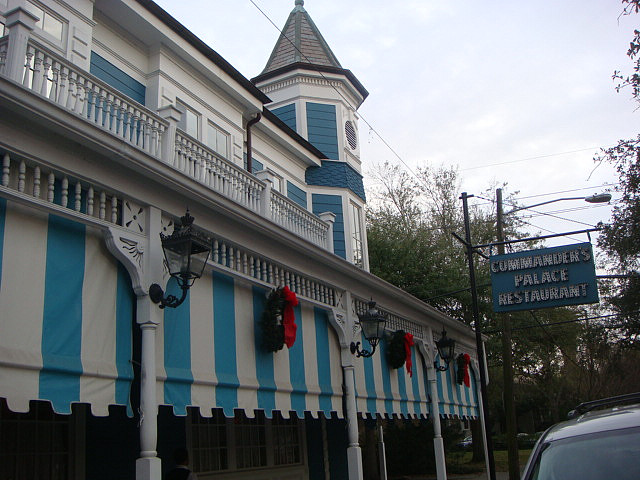 This restaurant is not your typical mom and pop place. Since 1880, customers have found themselves in a daze after wolfing down the Crab Boil Vichysossie or the lacquered quail. Oh, and be sure to find out when they have their happy hours for discounted drinks. 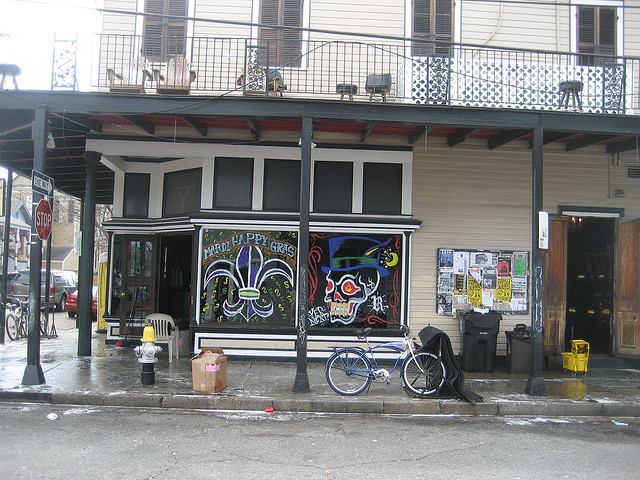 15. Shoot some pool at Royal Street Inn and Bar

The beauty of New Orleans is the ability to party and walk to your hotel room without ever getting into a car. But if you want to party “a little harder,” Royal Street Inn and Bar is outfitted with a popular dive bar full of fun locals and a hotel room just a few steps upstairs. Another way to put it is in the famous words of Wayne’s best friend Garth, “party on!”