When most of us think of rhinos, we think of the large gray mammal happily grazing on the sub-Saharan grass, living in peace. But rhinos are under siege. These majestic creatures are facing near-extinction thanks to the poachers and black market consumers that covet their horns. In South Africa alone, more than 1200 rhinos were killed by poachers in 2014 and more than 1000 in 2013. If the killing continues at this rate, rhinos will disappear from South Africa in the very near future.

But it’s not too late (yet) to save them. Here are 15 things you can do to help stop rhino poaching.

We’ll start off with the easiest way to help — donate. Even it’s only five bucks, anything to help contribute money to the campaign goes to good use. To offer a donation, go here.

2. Train to become an anti-poaching ranger

Register online at IAPF.org and become a certified anti-poaching ranger. Not only will you do the rhinos a great service, but you’ll look awesome while you’re doing it.

Unfortunately, no one likes to see a rhino hoisted up in the air by its feet, but desperate times call for desperate measures. Relocating rhinos to safer monitored areas can guarantee their safety and keep them out of reach of poachers. If you can’t physically be there to operate the helicopter or tranquilize the animals, you can always donate to a team of rescuers at Trevolta.

4. Donate to the Wildlife Society of South Africa

Donating to this organization helps rhinos and other animals in South Africa as well. You’ll be funding rhino experts who go to schools and villages to educate people on rhinos and their near-extinction.

You can become an ambassador for rhinos by visiting communities around Africa educating them about the consequences of rhino poaching. This can pressure them to stop the hunting, and warn loved ones as well. If you cannot physically go to Africa, you can donate to Save The Rhino to help fund people who make it their mission to end poaching.

If K-9 teams can sniff out drug dealers, why not use them to pinpoint a poacher’s location? Highly-trained dogs are taught to find poachers who operate under cover of darkness. When rangers track them down, they often hide their weapons and try to plead innocence. This is where the scent-sniffing dogs come in handy again — they find and uncover hidden guns. While most of us cannot skillfully train a dog to go after poachers and sniff out weapons, we can easily become a sponsor for a dog at White Paws Professional Training Dogs. 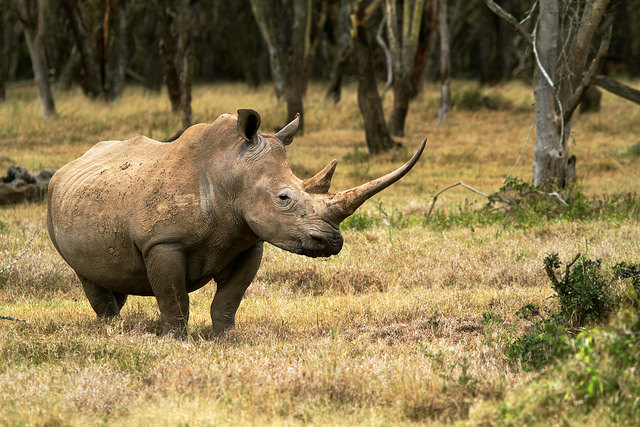 7. Offer rewards for anyone that has information about poachers

Of course this applies to people with handsome incomes. But if you have money to spare, you can donate a grand (that’s a lot of dough to locals) for anyone who wants to oust a group of notorious poachers. 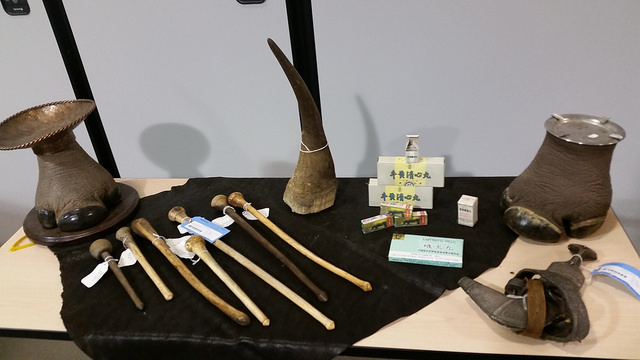 Write letters to politicians and lawmakers and beg for harsher consequences for people involved with black market sales of rhino horn, including the consumers, sellers, and hunters. For starters, you can contact One More Generation to find the right politician or organization to contact and write a letter to. 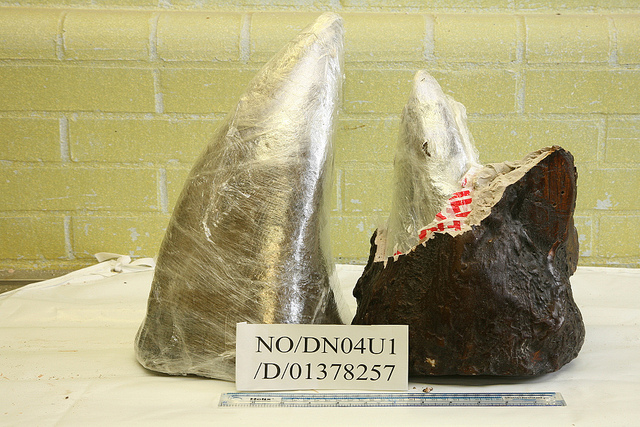 9. Speak out against Asian consumption of rhino horn

Sadly, Asian countries are largely responsible for the dwindling rhino population, with Vietnam and China being the biggest offenders. You can help stop this madness by joining or contributing to public awareness campaigns and protests against Asia’s consumerism of ivory and rhino horn. The criminal syndicates that employ the poachers are stoppable only if the demand disappears, and the way to do that is to re-educate average people in these countries, many of whom are not even aware of the brutality involved in obtaining rhino hon.

We don’t necessarily want to see rhinos’ horns sawed off, but doing so can ensure their safety, since poachers won’t target hornless animals. Once again, Save The Rhino and other smaller organizations invest their time to locate and de-horn the animals, despite controversy over whether it’s humane to do so or not. Desperate times sometimes require desperate measures. 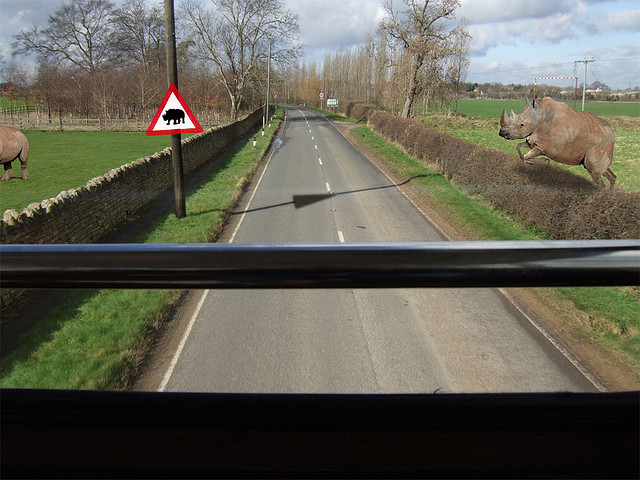 Clipping rhinos allows rangers to always be aware of their location, so they can keep an eye out for any unwanted poachers nearby. At LEO Black Rhino Monitoring , you can enlist to be a volunteer or donate whatever you can towards the cause.

12. Start a fundraiser of your own

Host a Save-the-Rhinos cocktail party or campaign in your own church or community to donate toward protecting rhinos. Create a shtick fundraiser that will make it fun for everyone to participate! Rhino jewelry contest, anyone?

13. Sell or buy art that sends proceeds to rhino charities

Create some rhino art and donate 50% or more of the proceeds to rhino charities. If you’re not quite the artist type, you can search online to buy someone else’s art. Locked Horn Project is a good place to start. You’ll get a nice knick-knack, and know that you’re doing your part for conservation.

14. Support poisoning and dyeing of horns

Poisoning and dyeing rhinos’ horns can save rhinos, because poachers will avoid animals with “tainted” goods. It does not harm the animals. You can contact Rhino Rescue Project to inquire how you can help or donate. 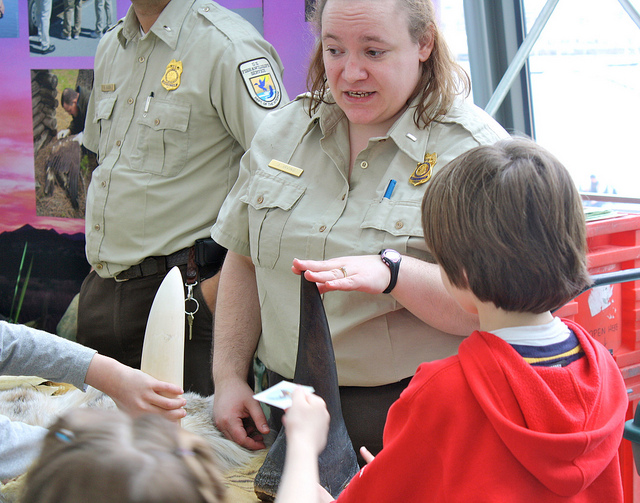 15. Educate others and raise awareness in your own community

Go to schools, cub scout meetings, religious gatherings or any other community-based group to educate others on how to advocate against poaching. You’d be surprised at how many people are keenly unaware of the misfortune of rhinos and eager to pitch in. A good place to get information on conservation is the Rhino Resource Center.

This article was originally published on February 3, 2015.