A vacation in Africa is an experience that you’ll likely never forget. Whether you go on safari, visit traditional villages, go shark cage diving, or tour the pyramids of Egypt, there are things you can do on the continent that are not available anywhere else in the world. But be warned: there are some aspects of tourism in Africa that take advantage of animals and people, and abuse the environment in unethical ways. Here are 15 unethical tourist traps in Africa to avoid. 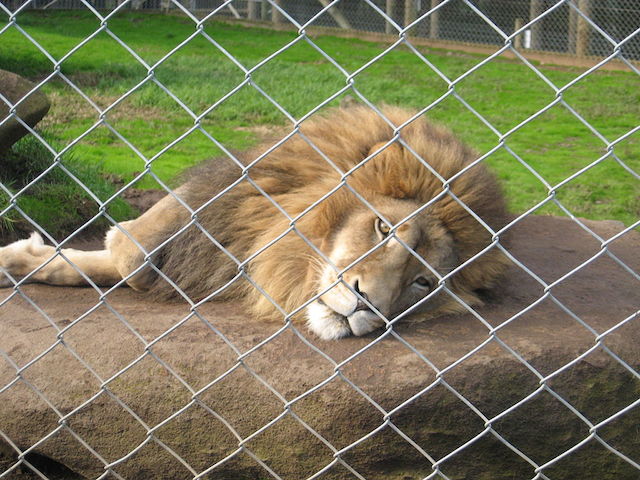 Even though this form of hunting is a huge moneymaker and pull for tourism (especially in Southern Africa), it’s completely unethical as the animals are bred to be killed. Imagine how it would be if the tables were turned and you were put in an enclosed area with a lion. 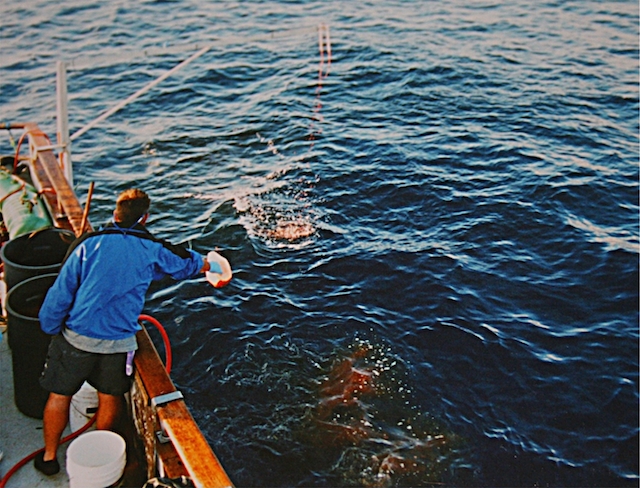 Chumming is the process where shark cage diving companies in South Africa attract sharks to their boats using fish blood and dead fish. The act has come into the spotlight in Cape Town’s False Bay, as many locals believe it attracts sharks to the popular beach areas, leading to more shark attacks.

Even though most countries in Africa are aware of endangered animals that should not be eaten, some countries still serve these meats to attract tourists to their restaurants. Some of the endangered meats include gorillas and chimpanzees.

Even though elephant back riding isn’t as popular as it is in Thailand, it is still offered in certain countries in Africa and leaves the animals with more damage than good. Common practices in animal training include using fear, coercion and physical violence to teach elephants to do tricks and entertain tourists. 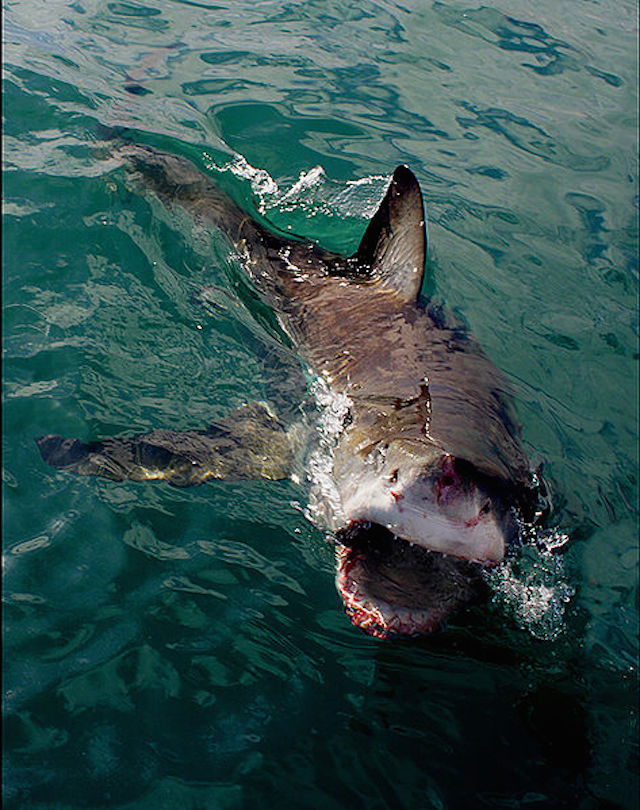 Even though Great Whites are an endangered animal, many people still fish for them, often pulling them up onto the beach. This sometimes kills the animal or injures it. 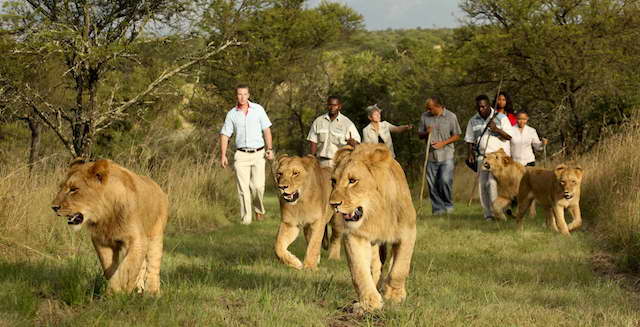 Even though this seems like a controlled, safe and ethical thing to do, walking with lions and other predators is actually not good for the animal. Not only does the wild cat get used to being around humans, but it will never be able to cope in the wild. 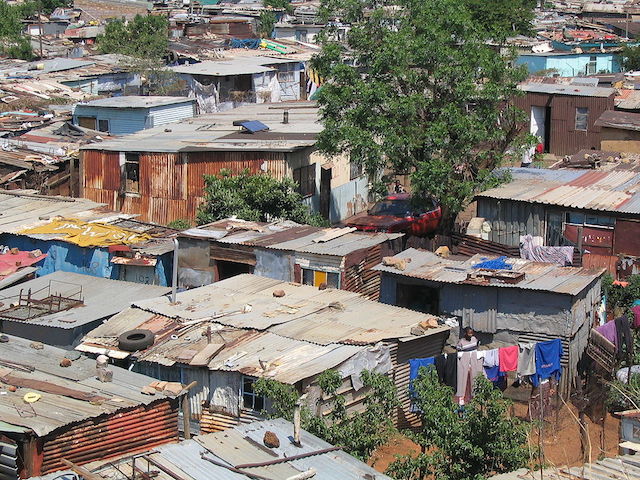 7. Staying In The Slums Of Africa

A new trend in African tourism has arisen called “Poorism” or slum tourism, where tourists head to the slums of Africa and “live” like the poor. You can stay in a shack and pay up to $100 per night for the experience. Not only is this degrading to the poor, but it’s also not an authentic experience, as tourists know they can go back to their comfortable lives afterwards.

A favourite amongst many tourists and locals of Africa is petting wild animals. You can pay huge amounts of money to interact with these wild animals and walk away with a warm fuzzy feeling inside. But for the animals, it’s a different story. Not only does this humanize animals, making it hard for them to be released back into the wild, but for younger animals (monkeys especially) it also leaves a human scent on them which will cause them to be abandoned by their mothers.

For many years, Africa has struggled with the ongoing problem of poaching elephants for their tusks. Supporting anyone who sells ivory products only supports the poaching culture and keeps it going.

Prostitution is a big business in many African countries, and many people are victims of this horrible way of making a living. Most women who do it are enslaved by pimps, who take most of their money. Prostitution is also illegal and using prostitutes contributes to the further victimization of these women. 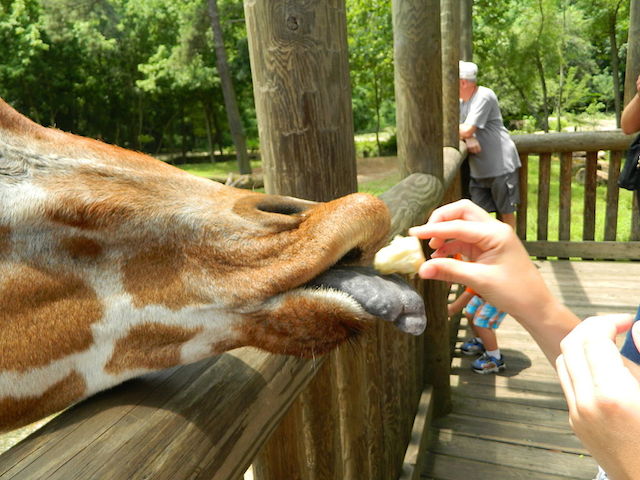 In most African countries, wildlife still roams freely and tourists are sometimes asked to pay to feed these animals. Whether it’s a seal being fed fish, or a baboon wanting a banana, these animals should never be fed.

12. Volunteering At Orphanages in Ghana

Ghana is known for its volunteering programs at orphanages. We advise you to do your research before paying money to fly and do your volunteer work. Scams are common, and you’ll sometimes find an empty plot of land where the orphanage should be.

13. Exchanging money on the street in Zimbabwe

Street scammers in Zimbabwe have been known to offer unsuspecting tourists amazing exchange rates, then take them to a secluded cafe where the money is counted on top of a table. It is then rolled up and tied with a rubber band under the table because “the police are watching.”  Unfortunately, once the scammers are gone and the money is recounted, the tourist will find that a large portion is missing.

14. The Hotel Hoax in South Africa

The hotel hoax has been going on for awhile in South Africa and involves booking online for accommodation that seems amazing and cheap, but is actually not. What seems like an awesome view or luxury room is actually a view of the building next door with a standard room. Make sure to check the reviews before paying.

15. All Inclusive Packages In Kenya

Many hotels and resorts in Kenya offer all inclusive packages that include everything from flights to food for a week long stay. Not only does this affect the staff who don’t get tipped (because guests don’t bring much money with them), but you might get a huge bill at the end of your stay for hidden costs such as using the hotel linen, towels and even the pool.