There’s more that meets the teeth. Though it has a deservedly bad reputation, the Nile crocodile is a complex and fascinating creature that will surprise you more than you think.

Here are 15 things you didn’t know about Africa’s most deadly reptile, the Nile crocodile. 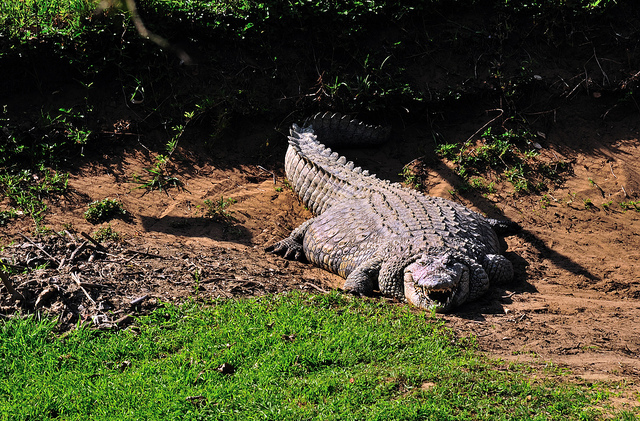 Although, the most heaviest crocodile ever recorded was named Gustave from Burundi who weighed more than 2,000 pounds (900 kg). Oh boy, that’ll make a lot of crispy fried gator ball snacks! 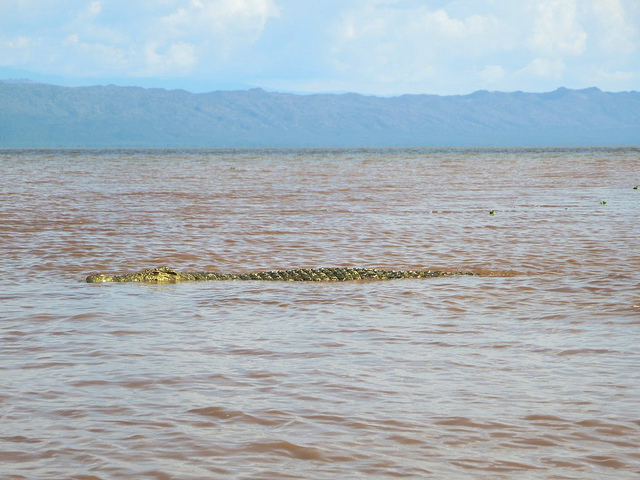 Nile crocodiles are much more comfortable in fresh water, but once in a blue moon there are reports of crocodile sightings in saline water. 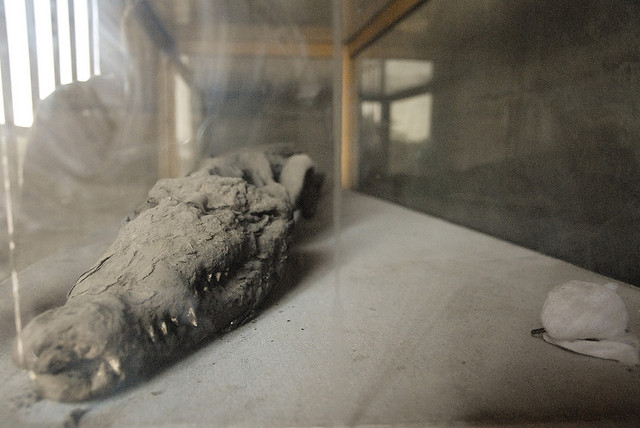 In some ancient tombs, mummified crocodiles and their eggs are buried alongside mummified humans members of the crocodile cult (yes, you read that right). 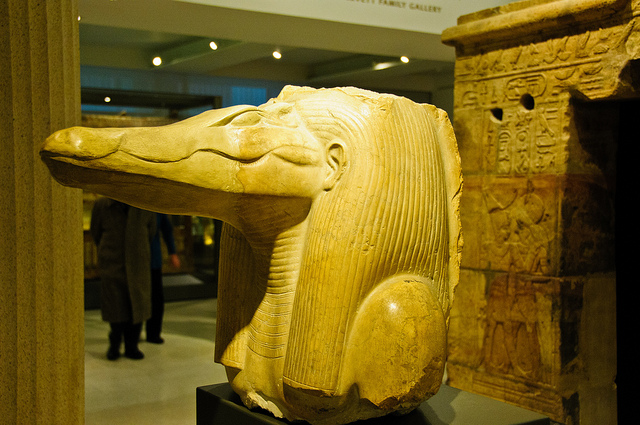 4. They were largely worshipped in Egypt

In ancient Egypt, a crocodile cult emerged to worship the god of fertility, Sebek, who had a head of a crocodile. Ironically, many Egyptians believed that praying to him would protect you from being attacked from real Nile crocodiles. Great, where do we sign up for this? 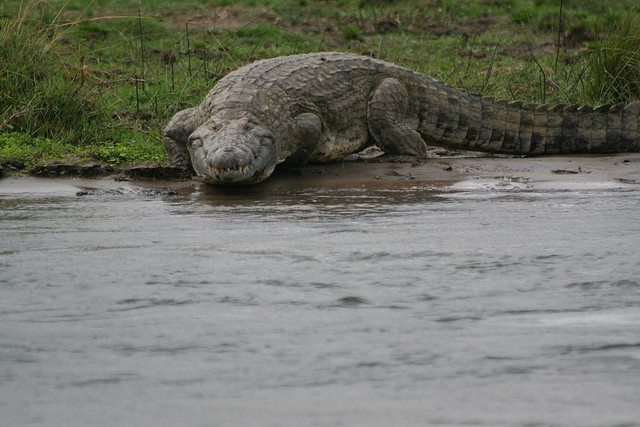 5. They can hold their breath underwater for two hours

If you’ve been watching the water closely for an hour and you think the coast is clear for a quick dip in the river, you’re in for a rude awakening. A crocodile can hold its breath underwater for over two hours if he remains inactive. Not even Michael Phelps can touch this guy. 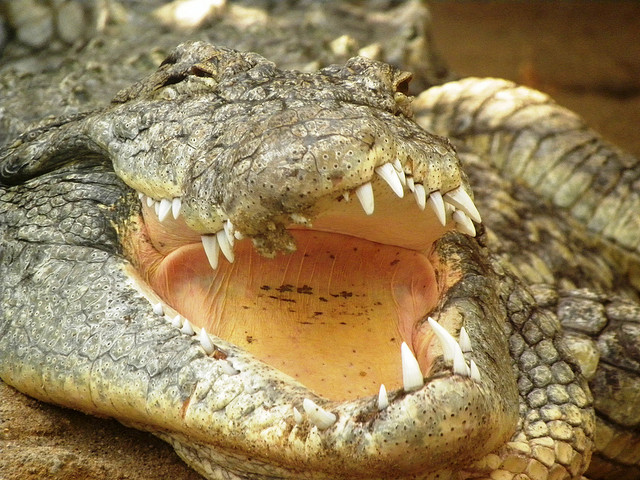 6. Over 200 people fall victims to these crocodiles annually

It’s amazing how people wandering near a riverbank can look like wildebeest to crocs. Not exactly the sharpest crocodile in the crayon box, is he?

Believe it or not, Nile crocodiles are gentle parents and will protect their eggs and youngsters until they’re able to fend for themselves. Even though they have a powerful bite (up to 5,000 lbs of force), they gently hold their offspring in their mouths to protect them. The little baby crocs are in good hands — that is, until mom sneezes. 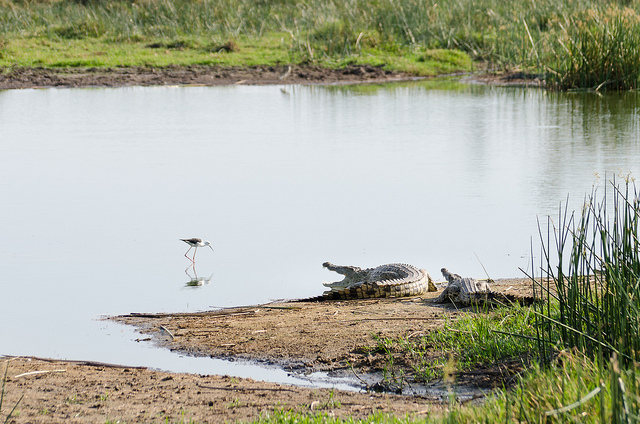 If you want to go Nile crocodile sighting, you don’t only have to go to the obvious location — the Nile River. They can also be found in marshes, mangroves and swamps throughout most rivers and lakes in Africa, and in the rivers of Madagascar. 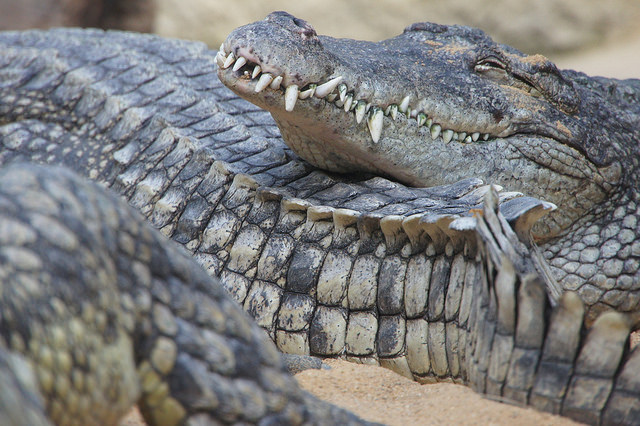 He’s only smiling because he knows he can haunt you for the rest of your life.

10. They have the unique ability to control their own body temperature

Nile crocodiles can easily adapt to colder or warmer climates by submerging themselves in cold water to cool down, or basking in the sun to get warm. When they’re cold, they can also dig underwater holes with their snouts and snuggle up there for the winter. 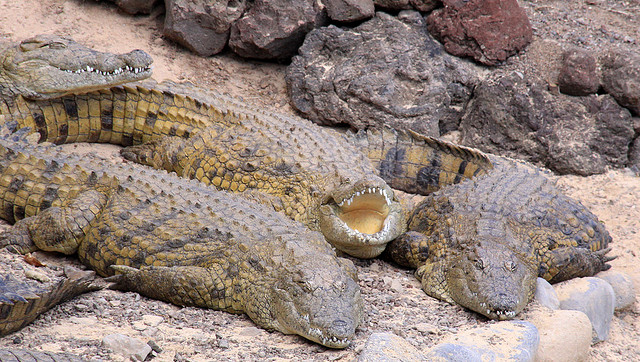 Crocodiles are hunted for their rough and scaly skin. Crocodile skin purses and leather became a huge fashion trend in the 1940s, which was largely responsible for their near-extinction. 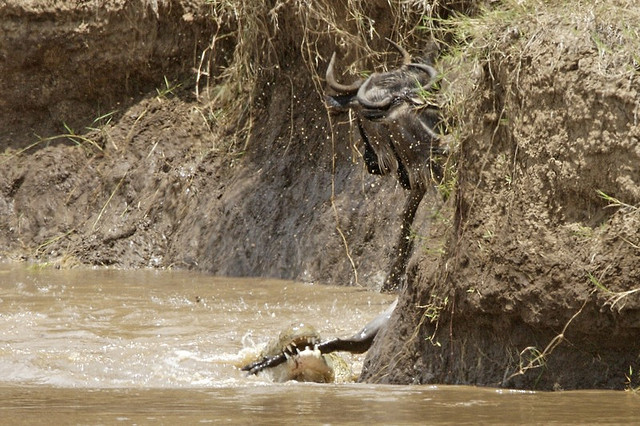 12. They feed mostly on fish

Crocodiles are somewhat lazy creatures that will patiently wait for an unsuspecting fish to pass by. But if a wildebeest or a zebra happen to be close by, the crocodile might as well have a go at it. 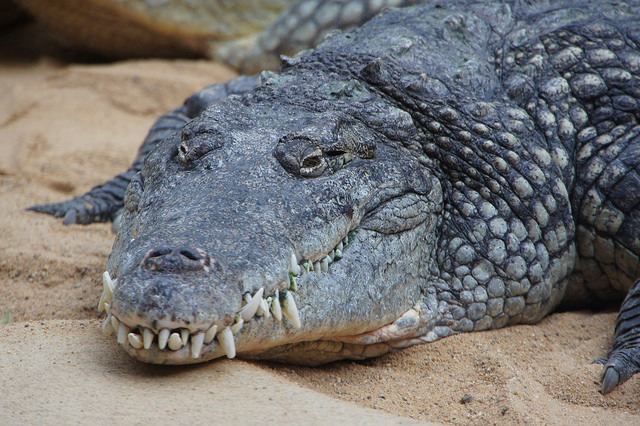 13. They have no natural predators

Other than us human predators, crocodiles have almost nothing to worry about in terms of falling prey to other predators. Aren’t they lucky? 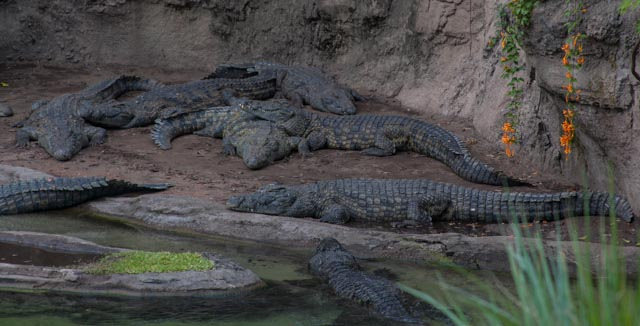 14. Some Ancient Egyptians kept them as pets

Many ancient Egyptian royalty had their pools filled with crocodiles which they kept as pets. Of course, if the crocodile’s owner passed away, all of the pets might have been killed or buried alive with them. 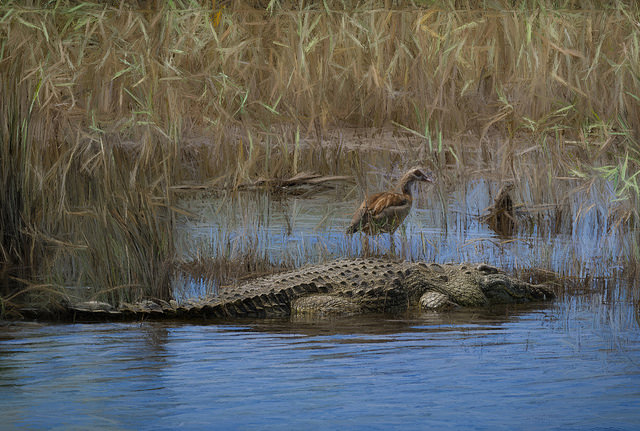 When Nile crocodiles open their mouths wide, birds will confidently land inside their mouth to peck off meat scraps wedged between their teeth. The crocodiles have it good — free food, no rent, and free dentistry.

This article was originally published on January 28, 2015.