The desert is a treacherous, lonely stretch of land, and the desert oasis is a refreshing reprieve for the body and soul. And if you’re in the desert long enough, you might get loopy and see an oasis in the form of a mirage, but we guarantee many are real. Here are 15 of the most stunning desert oases in the world — thankfully, many of these are in Africa. 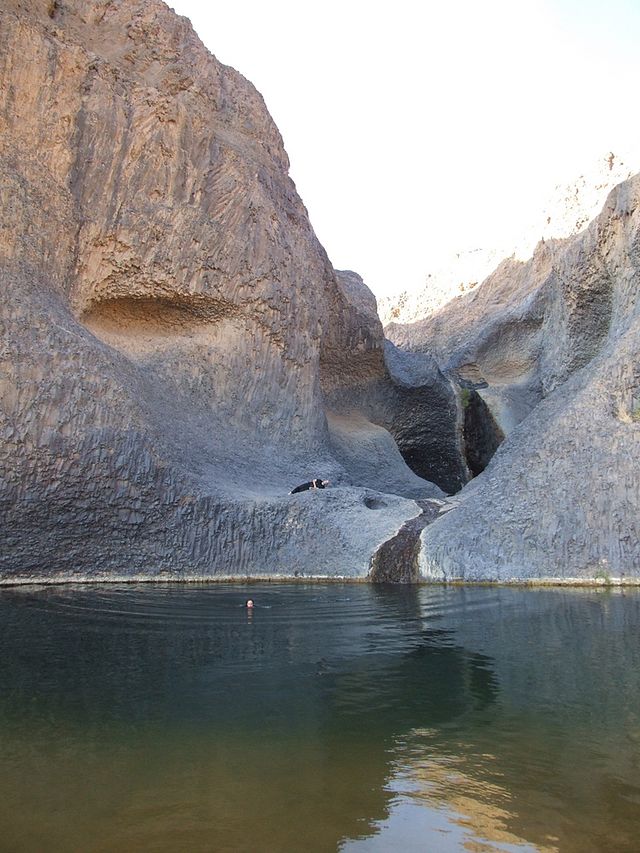 Timia is a small town of about 14,000 people in central Niger, abutting this oasis up in the Aïr Mountains. In the Saharan regions of Niger, there is nary a fruit tree, except near the banks of Timia, where palm, date, and citrus trees are abounding.

Between the cities of Haditha and Hit, about six miles from the banks of the Euphrates River, is this site which holds holy importance for many faiths — Jewish, Samaritan, Islamic, and Christian. Locals claim that Abraham visited this oasis en route to the Holy Lands. 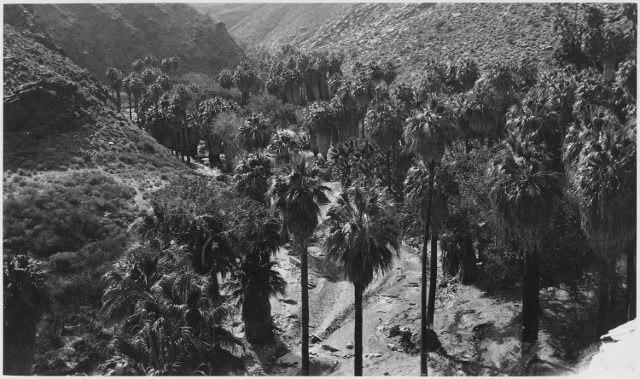 On the eastern part of the city of Tucson is now a public recreational park surrounding this oasis in the middle of the Sonoran Desert. The palm tree-laden body of water has been inhabited around for 5,000 years, according to archaeological evidence. 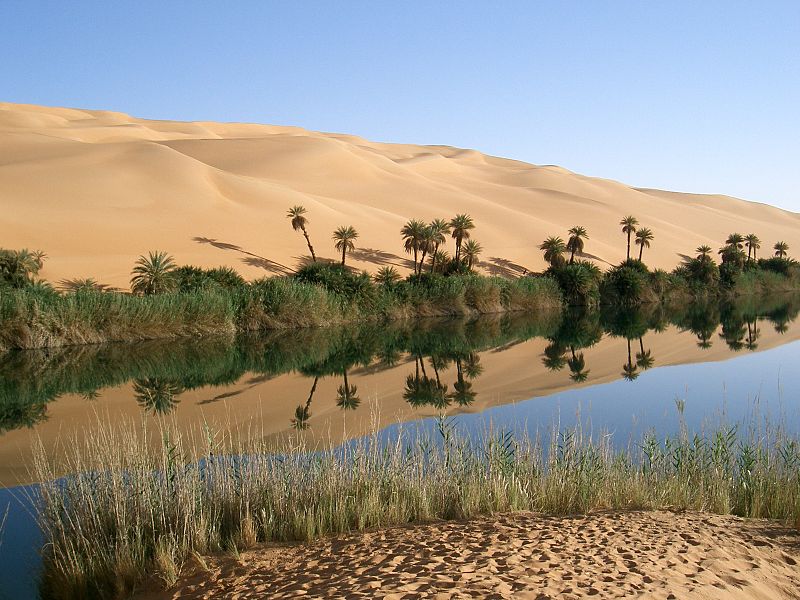 In the Targa Valley in southwestern Libya’s Saharan region is an oasis city named Ubari, the capital of the Wadi al Hayaa district. The water of the oasis is salted like the Dead Sea, surrounded by date palms and tall grasses. 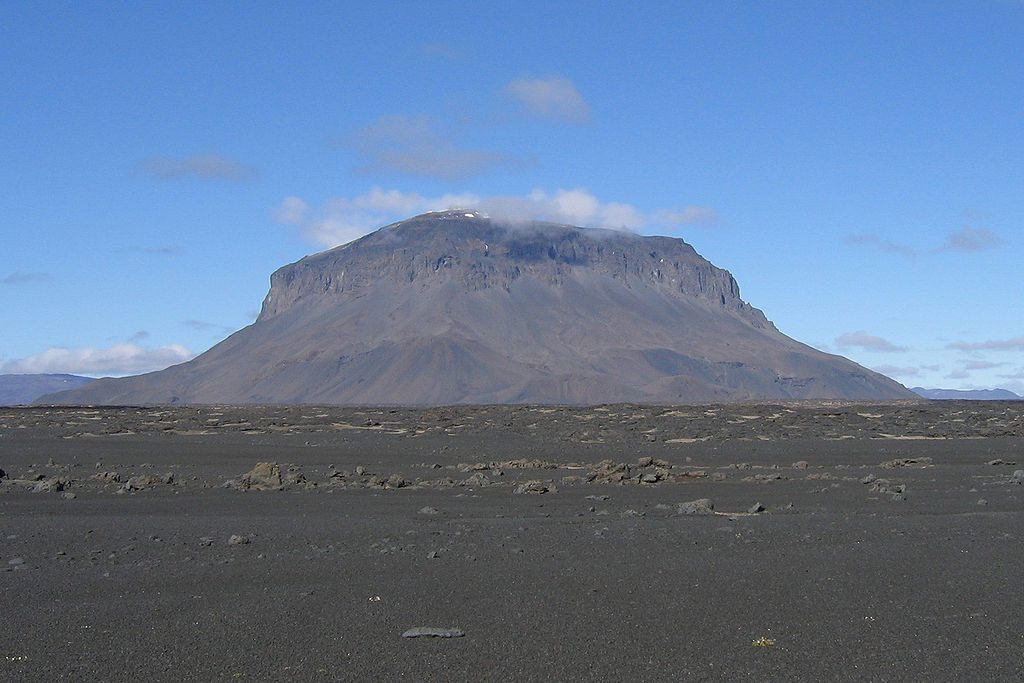 A desert takes on many forms, including cold desolation. The highlands of Iceland holds a vast desert called Ódáðahraun, and in the middle is a large lava field created by the volcano Trölladyngja. The oasis now has a camping ground; historically, it was a region where outcasts from Icelandic society were banished to. 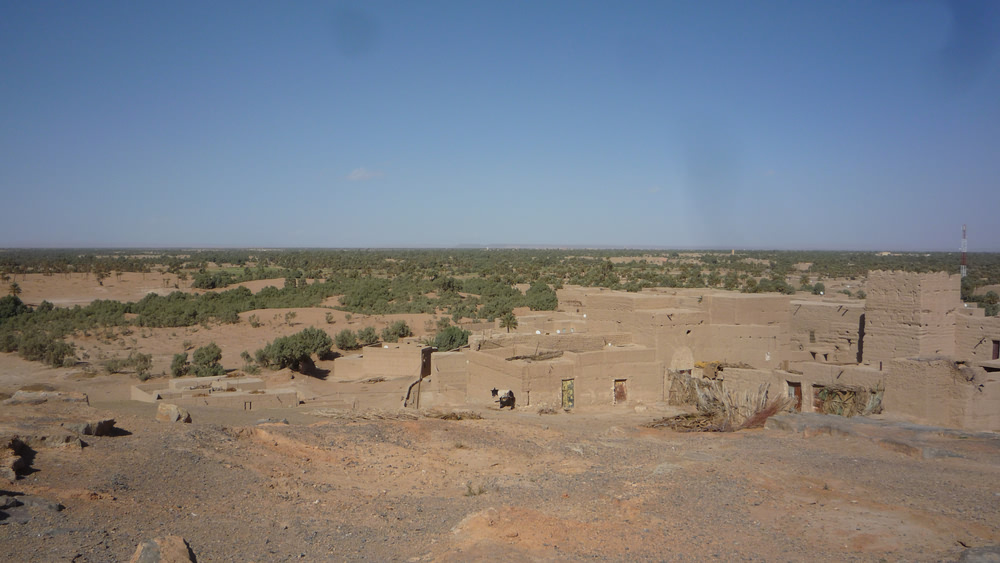 Located in the Ziz Valley of the Sahara Desert, it is the largest oasis in Morocco, stretching up to thirty miles and encompassing the villages of Erfoud, Arab Sebbah du Ziz, Seffalat, and Jouf. The dates from the palm trees surrounding the banks are a huge export for the country.

Again in the Libyan Sahara, situated in Sabha municipality is a large lake. Once, a Bedouin settlement existed on its shores, but now only its ruins remain. The water is salty, although a certain number of tourists every year camp and swim in and around the banks. 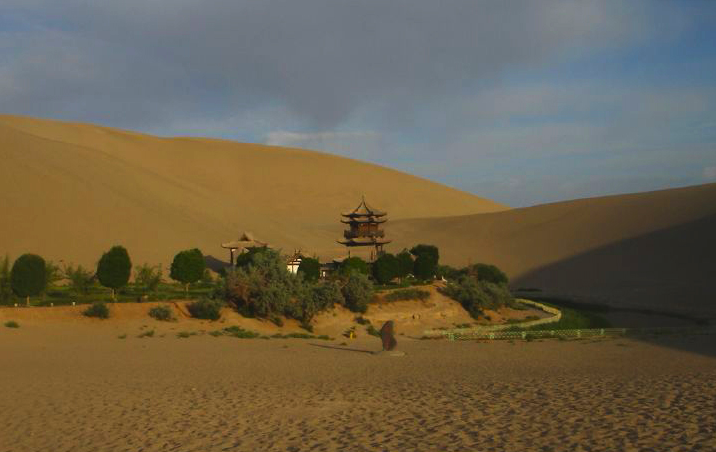 Shaped as it’s named, the lake in the Gobi Desert oasis is six kilometers south of the Chinese city of Dunhuang in Gansu Province. Surrounded by the Echoing-Sand Mountains, it’s a classic landmark point on the Old Silk Road. The lake’s size shrinks every year due to lack of rain and agricultural usage. 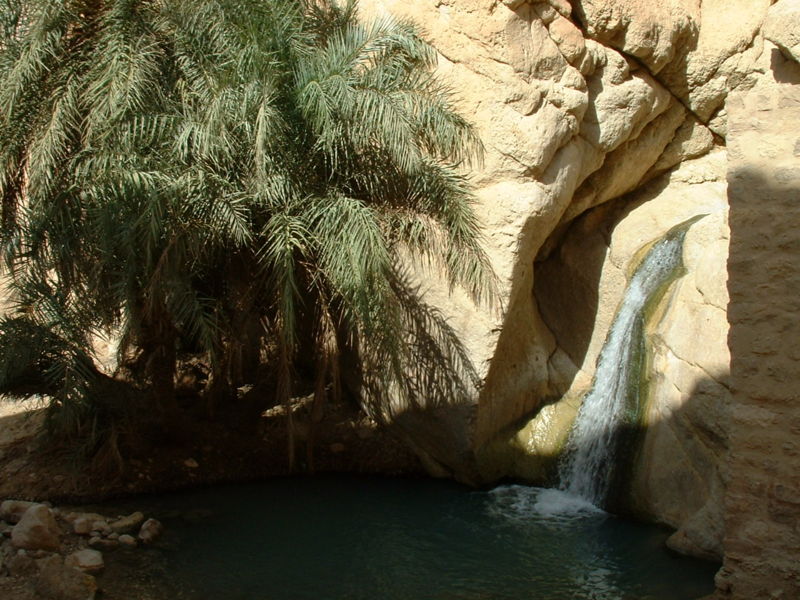 Chebika Oasis is set in the western part of Tunisia and exists at the bottom of the Djebel el Negueb mountain. In older days, it was a Roman outpost, and later a refuge for the Berber people. Because of its constant exposure to the sun, it is also called Qasr el-Shams (Castle of the Sun). 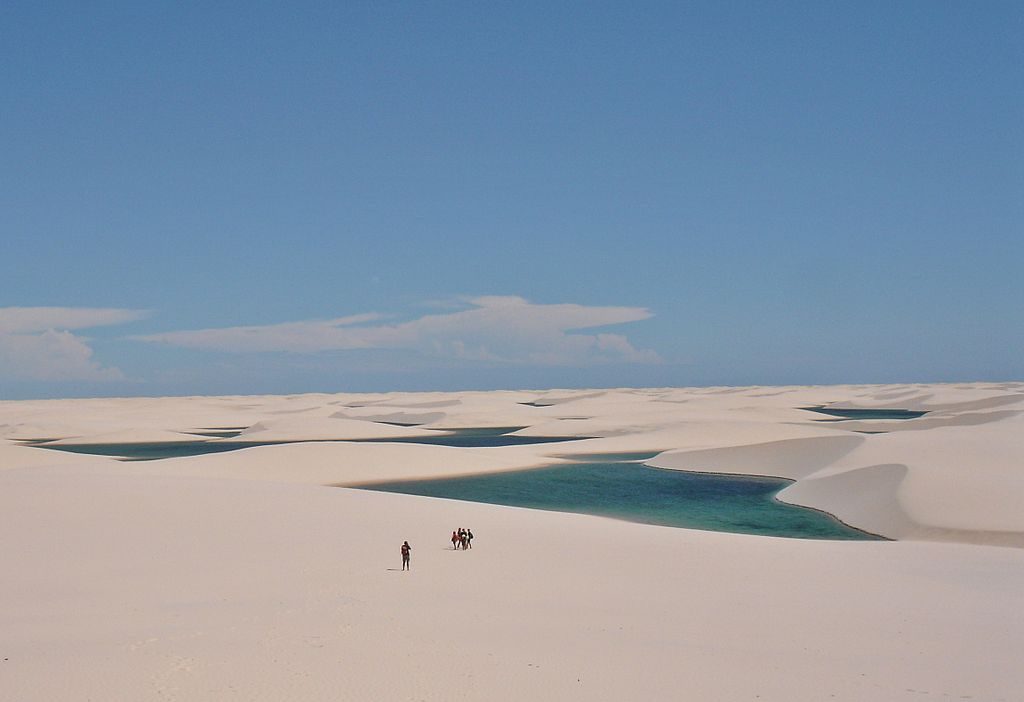 This freshwater lake is found in Lençóis Maranhenses National Park in the northern section of Brazil. In fact, it’s really just strips of turquoise rain water pooling between the sand dunes. During the first six months of each year, the rain water collects, and the latter half of the year the water evaporates. 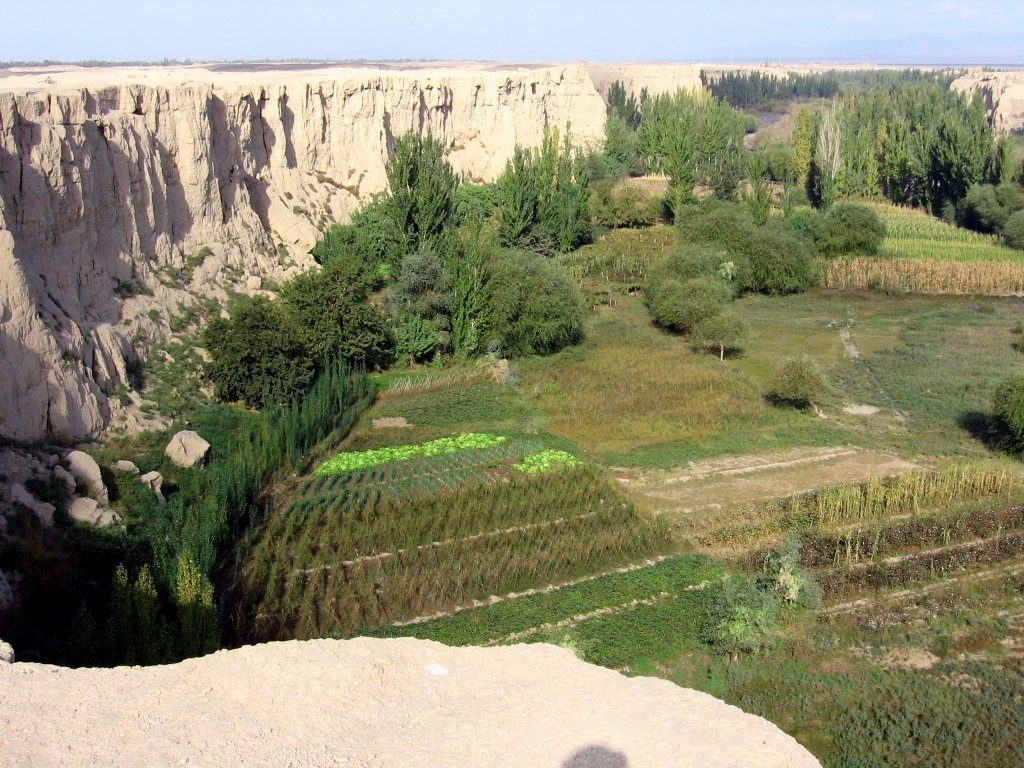 In the large sea of sand desert in northwest China, there is a very tree-ridden green expanse which seems to arise from nowhere. Located in the Turpan Basin, this oasis is at the lowest elevation of anywhere in China. Once an important stop along the northern Silk Road, now it is an area rich in agriculture, especially grapes. 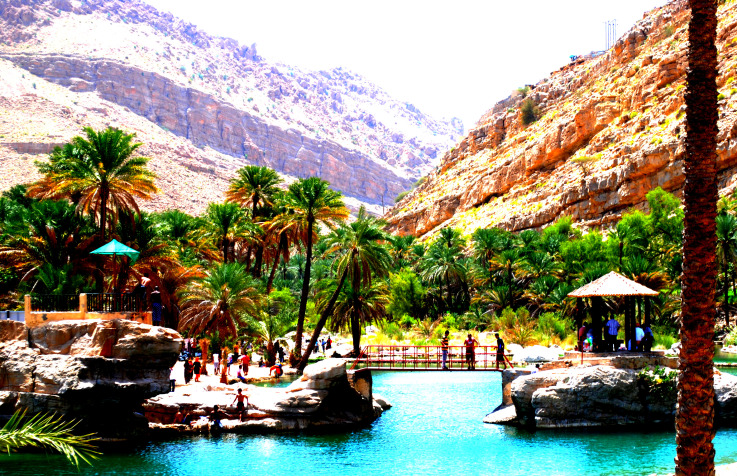 A hundred or so miles from the capital city of Muscat in Oman’s Sharqiyah region is this wadi full of crystalline blue pools. The water flow streams constantly throughout the year, and there are many caves to be found in this Arabian Peninsula desert dream.

In the foothills of the Atlas Mountains is the village of Tinerhir, and there are two desert oases near here. One is Todra to the north, and the other to the east is Tinerhir.

A protected UNESCO World Heritage site in northern Algeria, the town of Ghardaia offers some of the most beautiful and extraordinary examples of medieval Arabic architecture. The oasis of M’zab is dotted with palm groves, and here, the oasian way of life still exists.

The “Oasis of America,” it surrounds a lake in the middle of the Peruvian desert near the city of Ica. Extraordinary in vision because of its tiny size amidst the entirety of the vast sand dunes, the tiny settlement is complete with a lagoon, palm groves, carob trees, and a population of a few hundred people.

This article was originally published on January 29, 2015.