Lighthouses are symbols of security and ward unsuspecting ships from potential danger. With Africa’s history of colonization and trade, it’s no wonder that there are plenty of lighthouses of different styles built around the continent. From functional standard ones to decaying ruins, here are 15 lighthouses in Africa you have to check out.

Alternatively called the Lighthouse of Alexandria, this famed tower was once considered to be one of the Seven Wonders of the Ancient World. Unfortunately it was destroyed in an earthquake between 956 and 1323. Today you can visit the ruins to admire the stones and location where the lighthouse once stood. 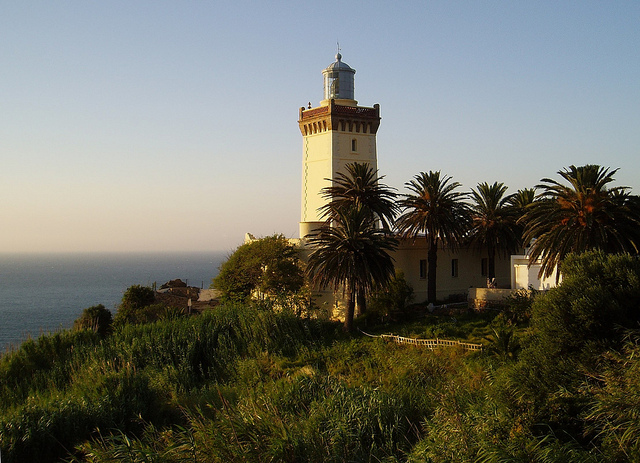 Once believed to the the northernmost point of Africa, this lighthouse wards off any unsuspecting ships from crashing into the rocky caverns. It is believed to be built by Sultan Mohammed III in 1864. The Caves of Hercules used to be a brothel before it was later disbanded and turned into a tourist spot.

Largely abandoned, this octagonal fort with a lighthouse is no longer functional. Very little is know about this lighthouse, but the style is perceived to be Italian. Today, its a haven for homeless fishermen and a fantastic sight to see for tourists (from afar). 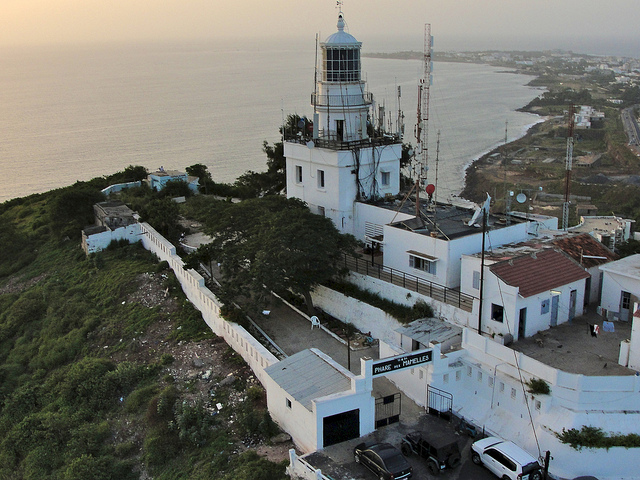 Built in 1864, this lighthouse earned its name from sitting on top of a hill that suspiciously looks like a woman’s breast (or the French word, Mamelles). Despite the suggestive name, Les Mamelles Lighthouse overlooks some spectacular views. 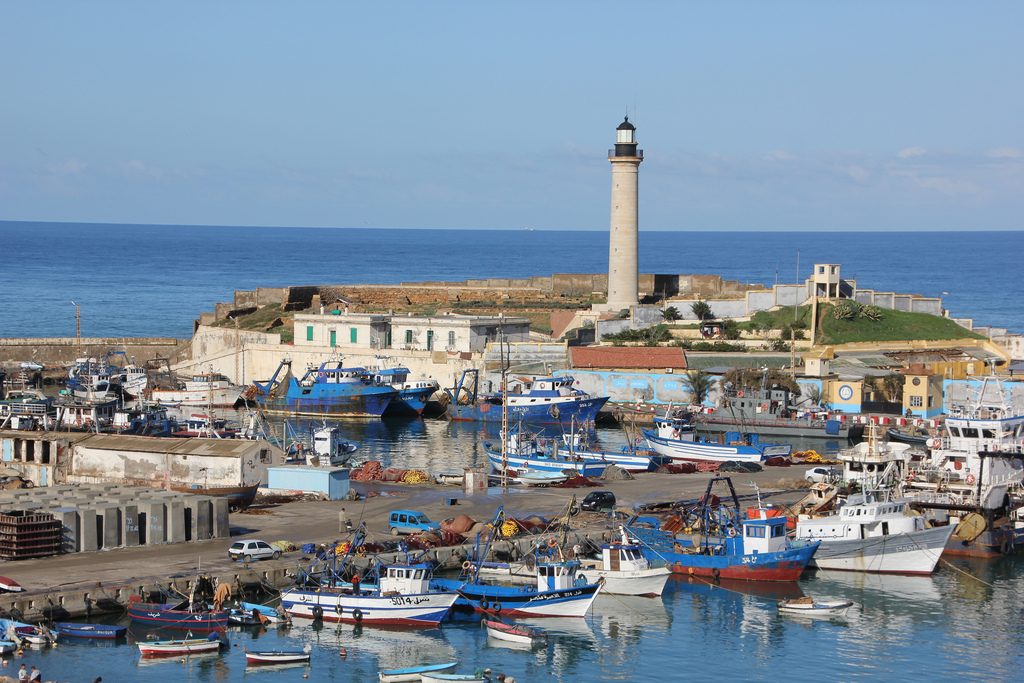 A small port 55 miles west of Algiers, this lighthouse is believed to be built by the French and is surrounded by Fort Joinville. Today, it’s owned and run by locals.

Very little is known if this lighthouse was ever used for its navigational purpose. This lighthouse is currently used as a honeymoon suite in Lake Victoria Safari Village Cottages for tourists. What’s more romantic than spending the night with your lover in a tower and listening to the waves crash against the rocks? 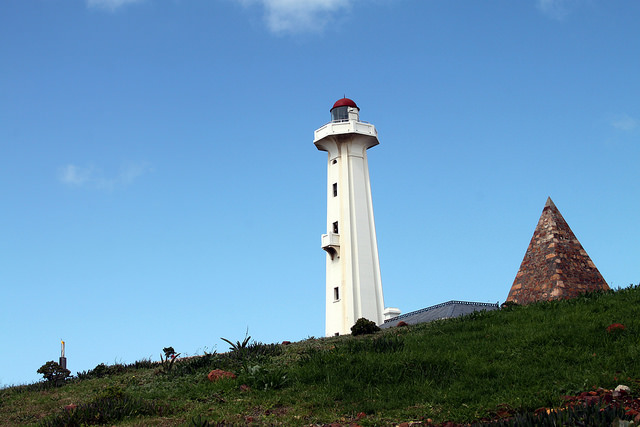 The Hill Lighthouse was built in 1861 and looks like a strange destination for an alien landing. It was built as a memorial to the deceased wife of the city’s founder, Sir Rufane Donkin. His wife’s name was Elizabeth, and the city was eventually named after her. Today, it’s a tourist information location and the tower is open to climb. 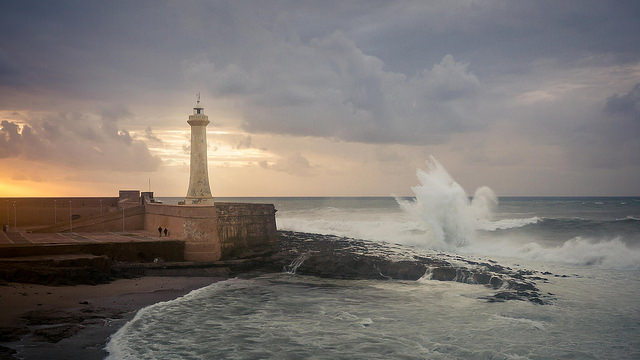 Located in Morocco’s capital city, Rabat, this lighthouse was built in 1920 and is 120 feet high. It’s still actively used for navigation. 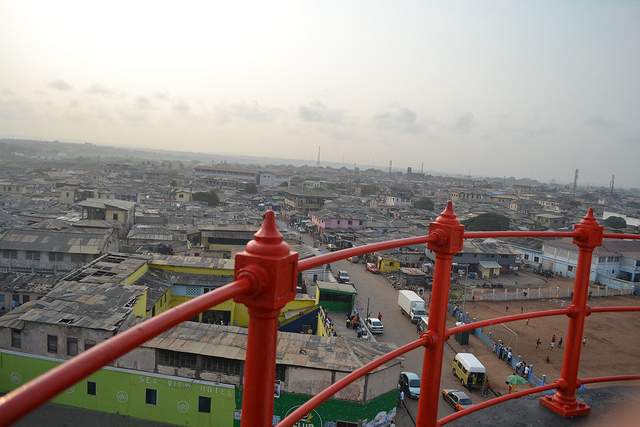 Built in 1871 as a lighthouse, Jamesfort tower now operates as a prison on the Gold Coast of Ghana. However, we can say that its prisoners have a lovely view overlooking the city. 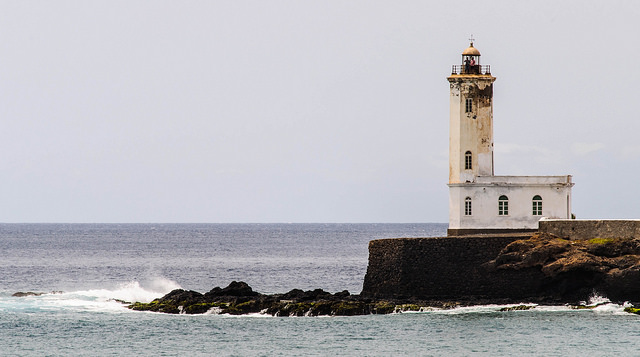 Built in 1887, this lighthouse has been abandoned for quite awhile. After years of abandonment, in 2004 it began operating as Cape Verde’s personal radio station. 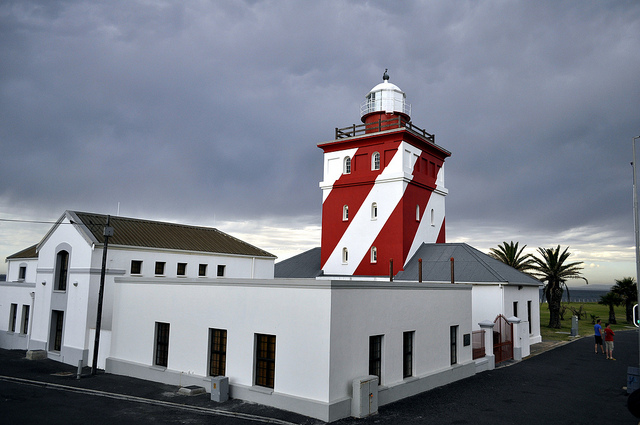 This easily recognizable lighthouse has been saving lives of sailors since 1926. When the mayor declared his plans to build this lighthouse, many locals were outraged (we’re not sure why) and fought to stop the construction of this tower. Even to this date, some long-time South Afrikaners still frown upon the sight of this lighthouse. 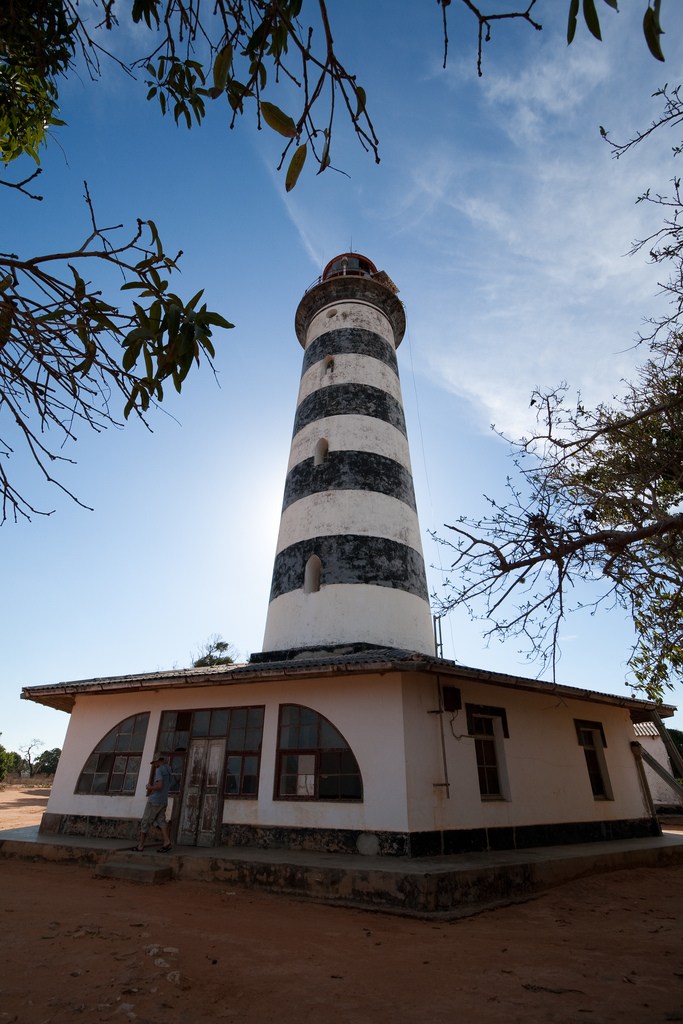 This decaying lighthouse is still in operational use and serves as a purpose to warn ships away from the Pinda Shoals. Today, it’s open to the public and is an easy walk from Wimbe beach. 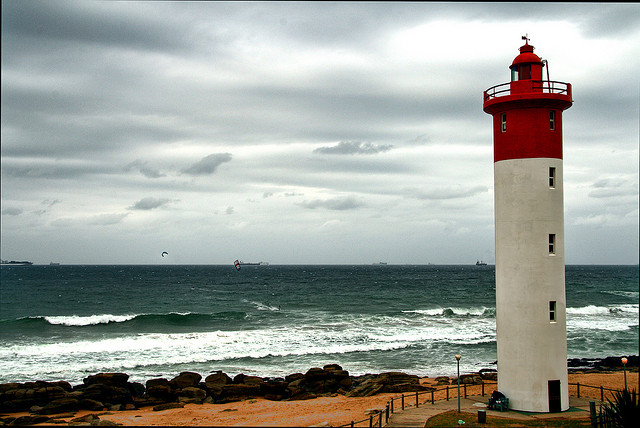 Not only does this lighthouse warn ships of upcoming danger, but it welcomes the ships into the safety of Durban’s harbors. Word has it, if sailors could see the red tip of this lighthouse, it meant that they were too close to the shore.  Its name “Umhlanga” means Place of Reeds in the Zulu language.

Built in 1903, this lighthouse has been inactive for many years in the Democratic Republic of Congo. Very little is known about this lighthouse and its builders. It still makes for a great picture though. 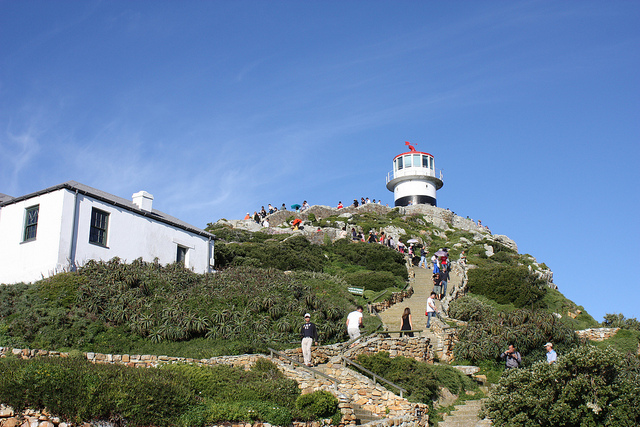 Famous Portuguese explorer Bartolomeu Dias christened this area as Danger Point due to its deadly, rough coral reefs and rocks below the surface. More than 140 ships and thousands of people perished in these waters prior to the lighthouse being built in 1895. Since then, not as many ship wrecks or fatalities have occurred.

15 Amazing Castles in Africa You Should Know About