Love them or hate them, snakes have a long history of frightening people with their vicious fangs and slithering gait. You’ll often see them in the markets if you visit countries like Morocco and Tunisia. You might even see it at your hotel as part of an act. When snake charmers rouse the nervous crowd by brushing themselves with potential death, audiences tend to get scared, but rarely know the truth behind the performances. Here are 15 things you didn’t know about snake charming. 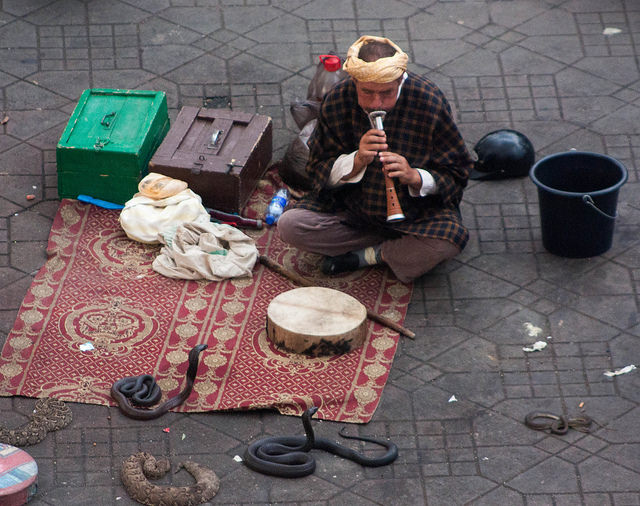 1. They don’t really “hypnotize” the snake

What? You mean it’s an act? Hypnotizing snakes is as authentic as pulling out a bunny from a top hat. Snake charmers will sway along to the snake to make it appear as they are holding the snake under a spell.

2. It originated in Egypt

The earliest reports show that snake charming stemmed from Egypt and widely influenced many regions such as the rest of the Maghreb, India, Sri Lanka and Malaysia. However, many sources will say otherwise, citing the origin comes from India or Singapore. 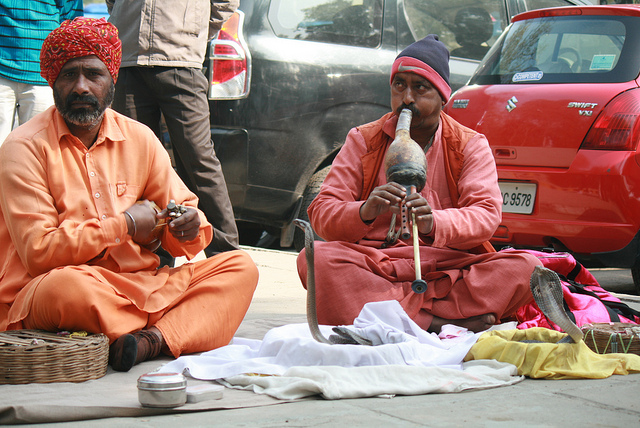 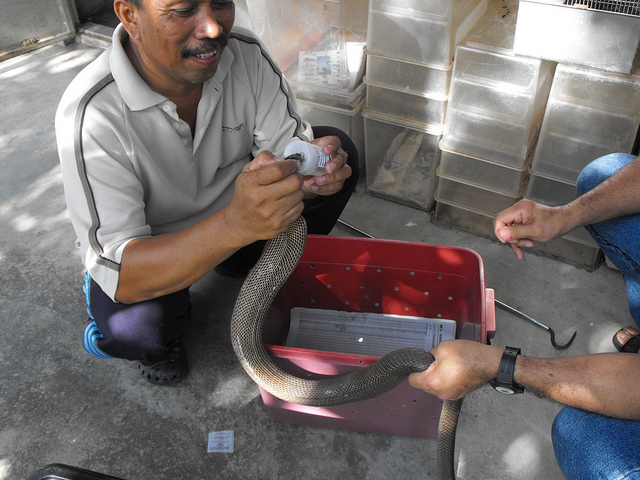 4. Most of the snakes are “adjusted” to be safe

Many snake charmers will go through great measures to ensure their safety, including de-fanging or removing venom from their snakes. Sometimes they will even go as far to sew the mouths shut. Those poor snakes. 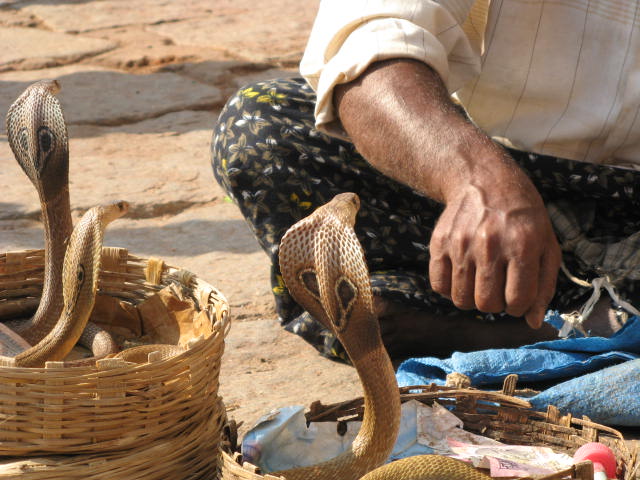 If you stumble upon a performance in action, enjoy it while you can. Because of many controversies surrounding this method, this business is slowly going into extinction. 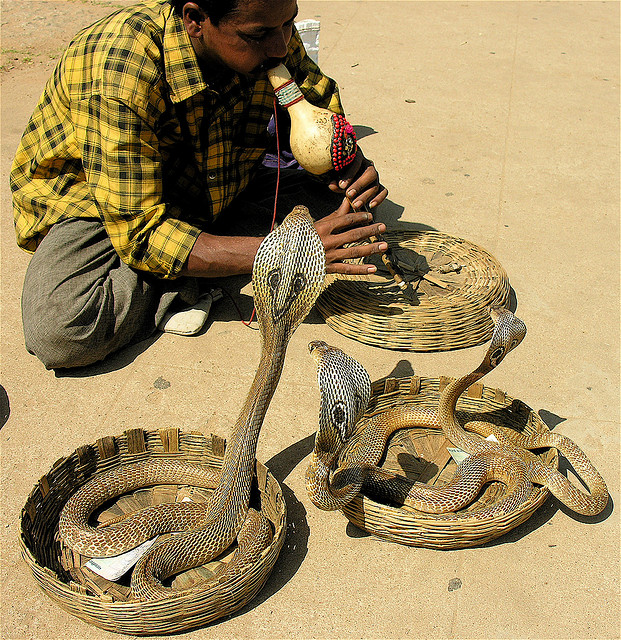 6. Animal-rights activists are trying to end this ritual

In North Africa, it’s typical for charmers to sew the mouths of snakes, leaving only the front slightly exposed so the snakes can still stick their tongues out. Unfortunately, many snakes die from starvation after this procedure, enraging snake lovers worldwide. 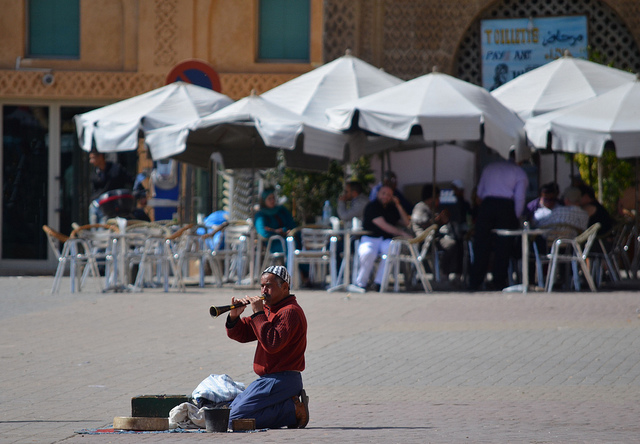 7.  You can find snake charmers near souks

For those of you unfamiliar with that term, souks are marketplaces lined with vendors and cafes you would find in the Maghreb. So whenever you’re in the mood to view a live performance, head over to the touristy area and try your luck. 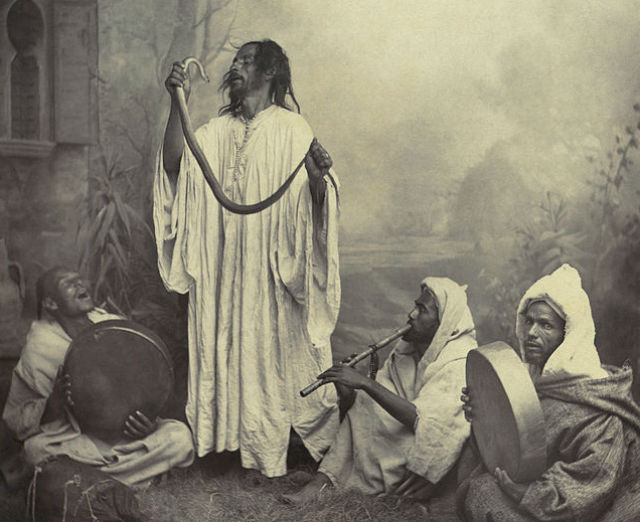 8. Many locals considered charmers to be healers

Especially in ancient times, locals trusted charmers to heal their illness more than they did with doctors. Eventually, this hoax caught on when the health of the patients would “mysteriously” worsen instead of recovering. 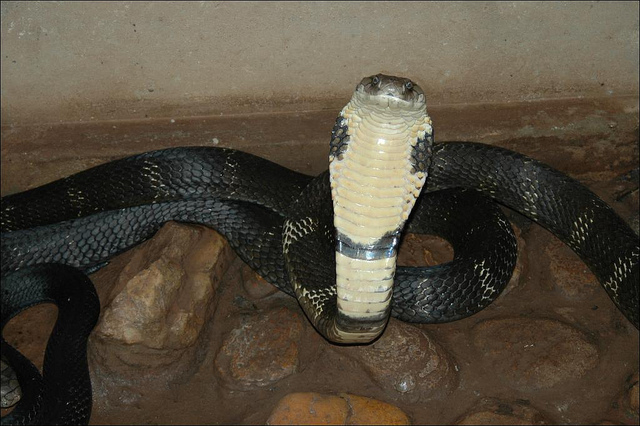 9. Some locals will contact snake charmers as pest control service

Egad! A cobra slithered its way into your kitchen? No worries! Just contact your local snake charmer and he’ll be there in a jiffy to remove the unwanted critter from the premises. You just saved him a trip to the wilderness! 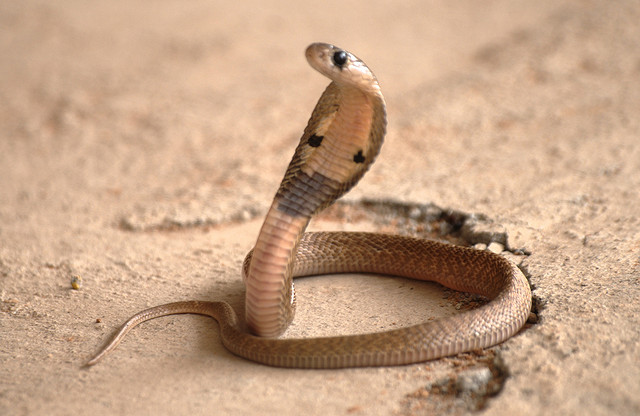 10. Cobras are considered “safer” than other venomous snakes

Because cobras are a bit more sluggish and slower than their swifter python or viper cousins, they are much more preferred assistants in the performance. It also helps that the hoods make them appear more dangerous. 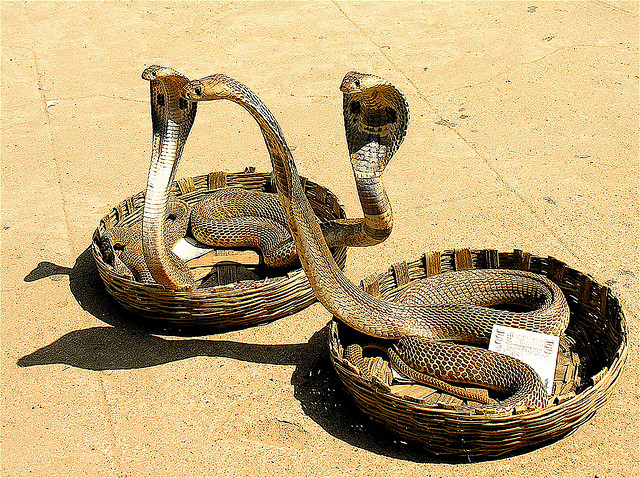 Most charmers do not wake up one day suddenly and said to themselves, “I think I’ll get into the snake charming business.”  Most charmers have been surrounded by snakes throughout their childhood and learned the skills from their fathers. 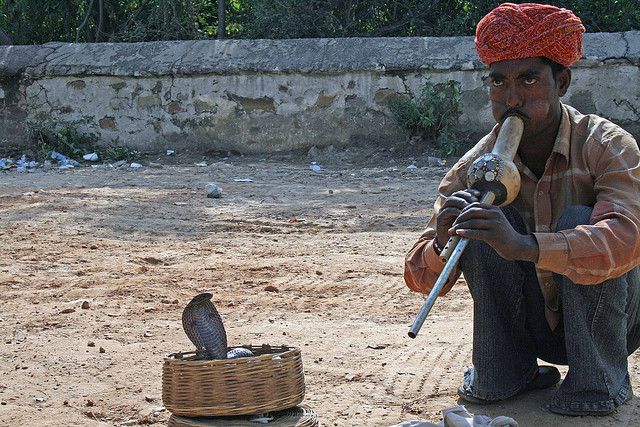 12. This practice is illegal in India

India outlawed this business, so it’s best to try your luck at spotting it in northern Africa. 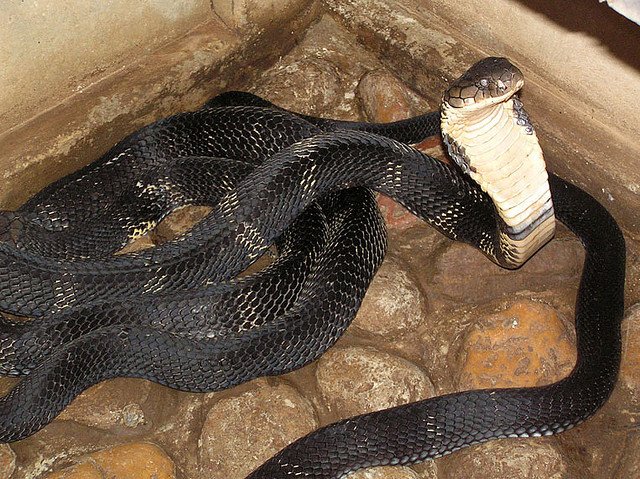 13. They often catch their own snakes

When the snakes die off, the charmers head into the desert or woods to single-handedly catch their new assistant. Of course, some lazy charmers will head to the pet store instead. 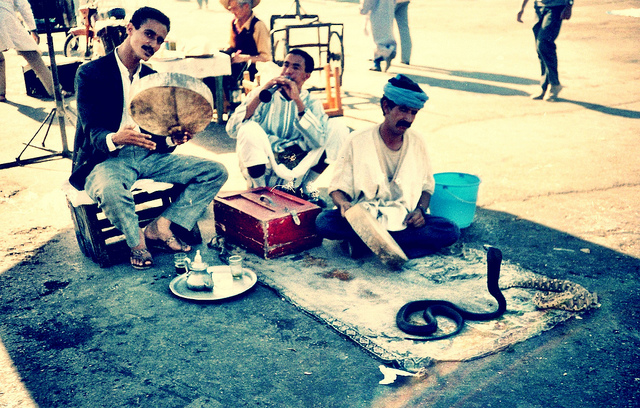 Snakes earn their bad reputations from historical and biblical texts. From the manipulative serpent in the book of Genesis to bad omens in Greek mythologies (think of Medusa’s hair), snakes rarely get a break from the negative stereotype. However, the Egyptians worshiped snakes and considered them to be one of the gods. 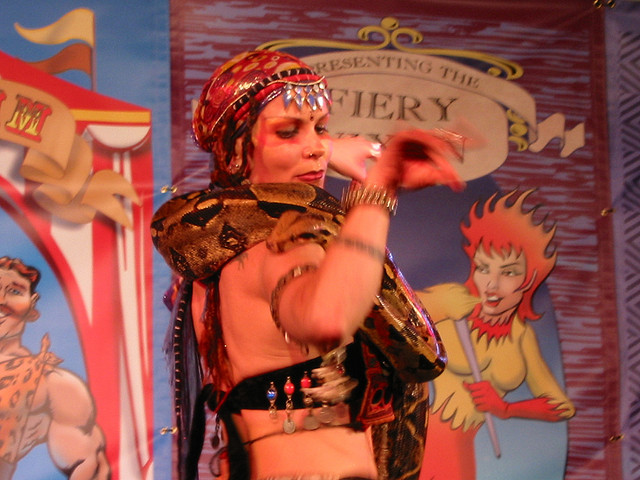 15. Western worlds have adapted this method into different rituals

Widely influenced from snake charmers, many sideshow performances have approached charming serpents on different levels. From dancing with snakes to including them in magic tricks, snakes are often under better care and are professionally de-fanged to avoid infection.

This article was originally published on January 8, 2015.