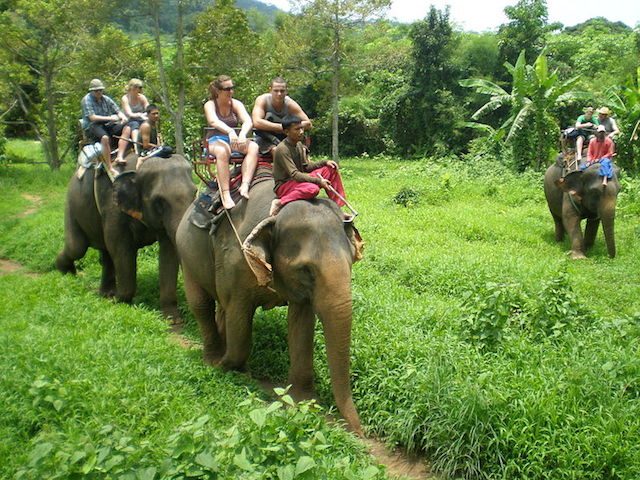 One of the highlights of most Thailand vacations is going elephant-back riding. What most people don’t know is that this really harms the elephant. Imagine having to carry 200kg on your back for eight hours a day! Most elephants get a flat back because of it. A better option would be visiting an elephant sanctuary. 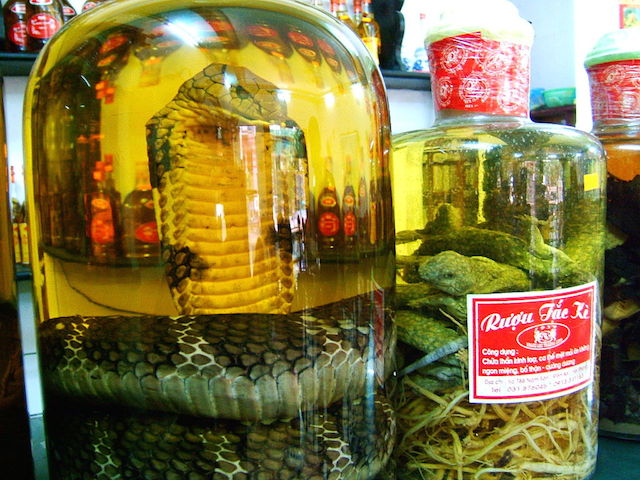 Seven kilometres outside of Ha Noi is Snake Village. The village is known for killing snakes then putting their beating hearts in rice wine to drink, then frying up the snake to eat. Basically, you’re killing snakes to do some silly things that will probably give you diarrhea. 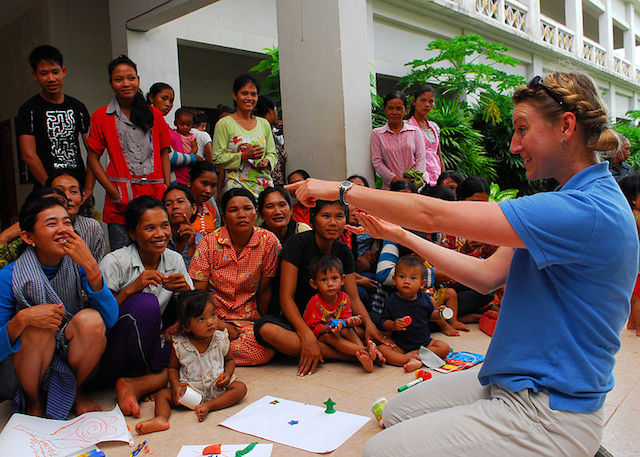 Several European  travel agencies have recently been busted for arranging trips to orphanages as a part of a package tour to Myanmar and Cambodia. The trip was seen as unethical as all the tourists did was take photos and play with the children for a few hours, yet did nothing for the orphanage. 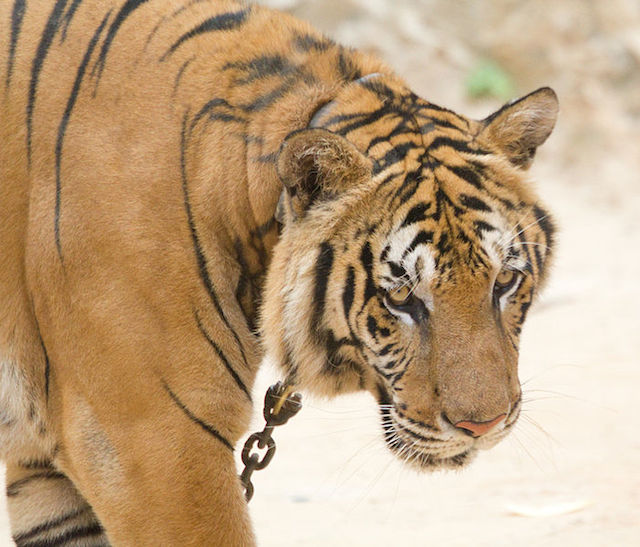 There is no worse place you can visit on your trip to Southeast Asia than the Tiger Temple in Thailand. There is ongoing abuse of tigers and other animals at this place. Some of the bad practices include over bottle feeding cubs, taking tigers away from their mother at 2-weeks old, and the they are fed disgusting food and get no exercise — all in the name of tourism. 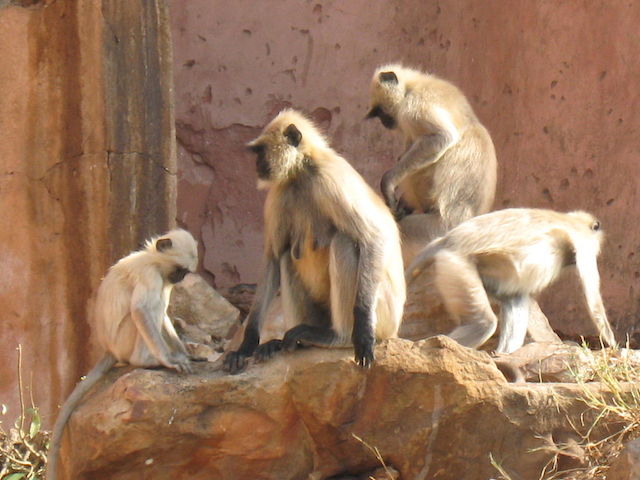 Not only do these monkeys have to perform choreographed routines over and over again, but they are mistreated by the institutions that run the shows, left in small cages and chained by the neck so they can’t escape. 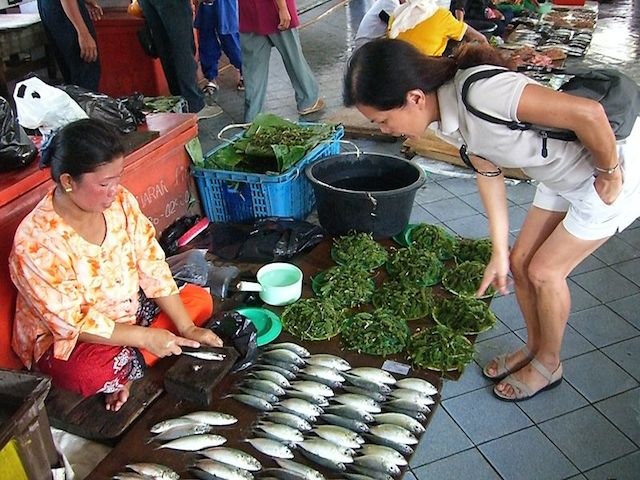 To locals, wet markets are just a way of life, but tourists might find it unethical and full of animal cruelty. From live frogs being beheaded and skinned to turtles being de-shelled alive, it is definitely a sight that will leave you feeling teary-eyed. Unless you’re going to buy something to eat, avoid wet markets and don’t take too many photos, as locals often get upset. 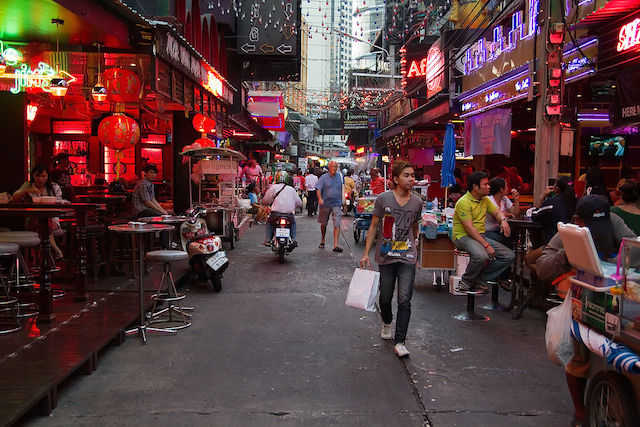 Thailand is one of the most popular sex tourism destinations in the world. From ping pong shows to selling women by number in bars, a lot of young woman are trafficked from Cambodia and forced to have sex with older men at a very young age. Don’t support bars that do this, even if it’s just for a drink. 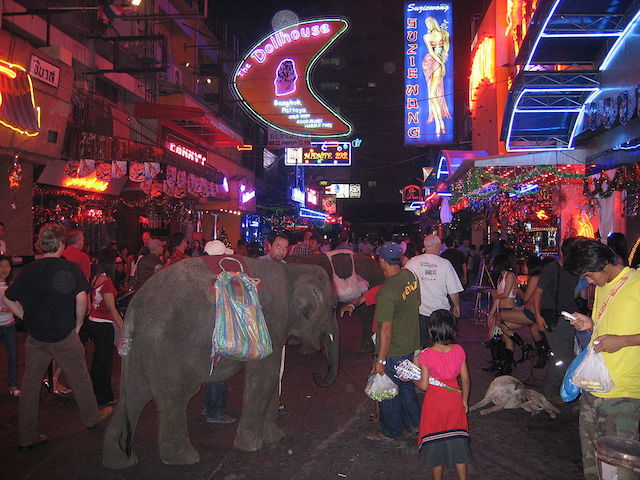 8. Posing With Animals On The Street

Whether it’s an elephant or a monkey, locals try to make a quick buck of unexacting tourists who want to take a snap of the animal. Firstly,  the poor creature is out on the street with cars and people everywhere and must be petrified. Secondly, if you look closer, you’ll see a chain around its neck.

Outside of many popular Buddhist temples you’ll see people selling little birds that should be released for good karma. Loads of tourists buy these birds just to set them free, but what they don’t know is that these smart birds are trained to come back to the seller once released so they can be resold. 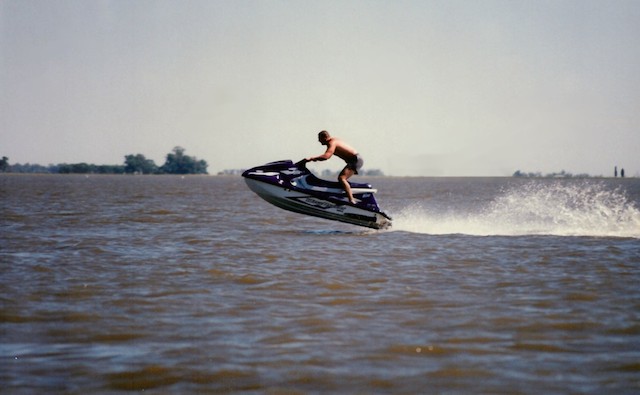 After a relaxing day on the beach, a sunset jet ski could be awesome, but getting your adrenaline pumping and slashing around in the waves might cost you $400. When hiring a jet ski (especially in Phuket), scammers will let you have your fun, then find mysterious damages that you’ll have to pay for. Don’t bother calling the police because they’re in on the scam, too. 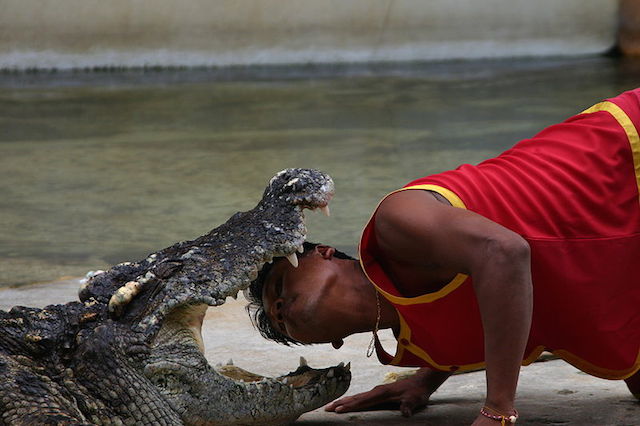 When a crocodile is dragged out of a small pool of water by its tail into a poorly maintained stadium so that the staff can do “death defying” stunts, you should know that this place is not ethical and a total tourist trap! The crocodiles are also poked and teased with sticks. 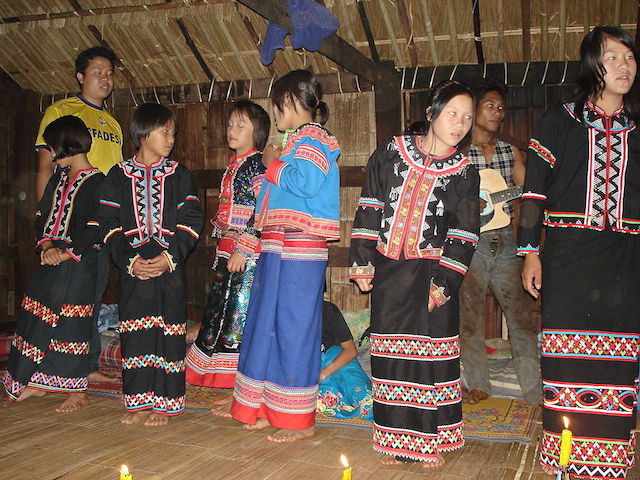 In Northern Thailand, tourists like to visit the hill tribes which includes seeing the long neck women. The unethical part is that most of these villagers are from Myanmar and are working illegally in Thailand as village people. They are kept in these villages and are not allowed to move around freely. 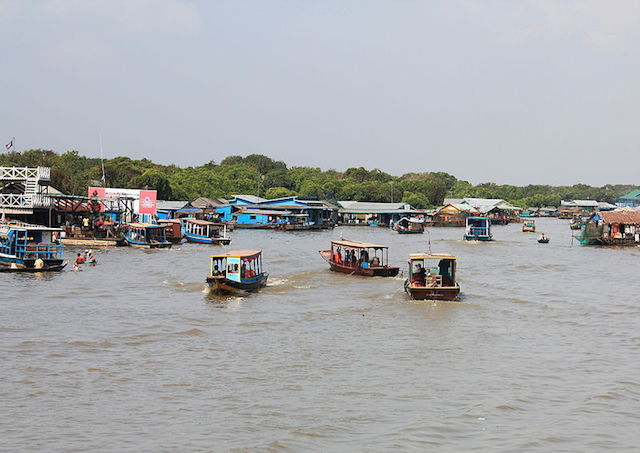 After paying $20 to head out on the water to see how the locals live on boats and houses on stilts, you’ll quickly realise that this is a tourist trap. There are tourists everywhere, boat drivers are only paid $20 per month (tip them if you can) and the community market expects you to buy rice for the orphanage at $65 (usually only $30). 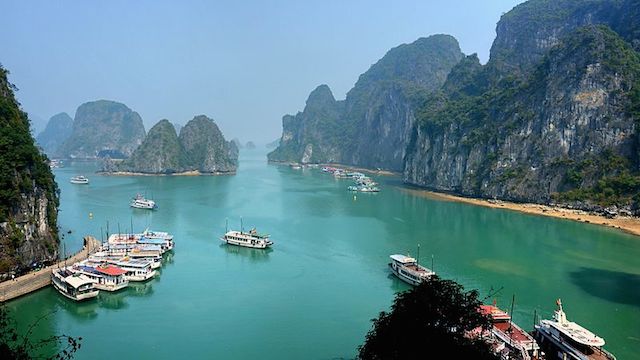 Halong Bay is the pride and joy of Vietnam, but once you step foot onto the boat for a day cruise the staff of the boat will whip out their boxes of “real pearl” jewelry and try and scam you into buying something. Tip: tell your tour guide that you’re not interested in buying anything and let him or her deal with the staff on the boat. 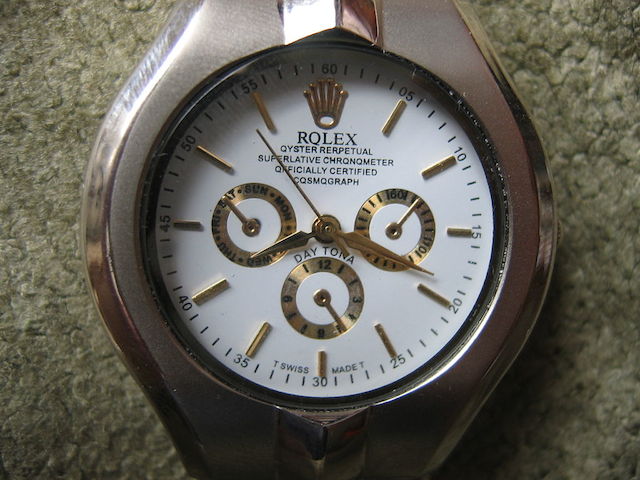 So you’ve booked your day tour and your first stop is three hours away. Halfway through your journey, you stop to stretch your legs, use the toilet, then get bombarded by people trying to sell you things. Most of these things are beautiful, but take a closer and you’ll see that you’re being sold rip offs. Plus, the tour company will probably get commission on anything you buy.