The world of Pharaonic antiquities comes alive in Egypt’s southern half. Luxor, which translates to “palaces” in English, is justifiably the hub for explorations of this ancient world. Luxor’s cultural and architectural wonders are a testament to the city’s temporary spot as the nation’s capital; named Thebes at the time, the ruins that surround the modern city of Luxor are regarded as some of the greatest achievements of ancient Egyptians.

Mammoth and intricately carved temples and tombs speckle the desert that sprawls out from both the East and West banks of the Nile, contrasting with the city that grows in the center.

The epicenter and primary attraction to Luxor has, for centuries, been the Valley of the Kings, on the west bank. Known once as the Great Necropolis of Millions of Years of Pharaoh, this valley is home to 63 royal tombs that date back to the New Kingdom Period (1550-1069BC). Many of the tombs are currently open to visitors – and each is unique from the next. Though thievery and mass tourism have led to some degradation, the glory remains firmly imbedded in the architecture and adornments that are preserved to this day. It takes little imagination to be wowed and humbled by these extravagant burial grounds. 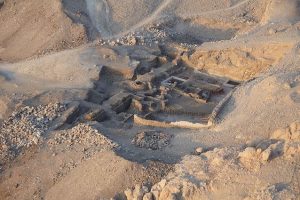 Back on the east bank is Karnak, a sprawling temple complex that covers over 100 hectares. Construction took nearly 2000 years, beginning in the 16th century BC, with each pharaoh modifying the design of his or her predecessor. Though the temple it its entirety is mind-boggling, it is the 134 columns of the Great Hypostlyle Hall that firmly illustrate the grandeur and opulence of Karnak. The interior columns, which soar from 40-70 feet high and are roughly 45 feet in circumference, are each more intricately etched with hieroglyphs than the next. The full collection dwarfs wandering mortals in the presence of the gods for whom these temples were built.

Though all cannot be detailed here, a number of other essential sights include:

The city also offers a number of other experiences that further carry your imagination back to the ancient era.

The heart of Luxor congregates around the East Bank. Here, you will find major transport points, most hotels and a wide variety of tourist services and attractions. It is extremely popular with visiting tours and large groups. The West Bank is however developing slowly, and subscribes to a slower pace of life. It is becoming a favourite with travelers who crave quiet evenings and a pause from the Egyptian chaos.

As the hub for southern Egyptian exploration, you will find an enormous variation in types of accommodation. Like elsewhere in the country, options span from basic backpacker options, through boutique hotels and well-known hotels right up to the most luxurious five star escapes. Traveler favorites include the Hilton Luxor, the Steigenberger Nile Palace  and the Maritim Jolie Ville Kings Island Luxor. However, for something more quiet, the Desert Paradise Lodge on the West Bank may be of interest. No matter which side of the bank you stay on, securing a room with a view of the Nile is worth your while. And luckily, with the lower tourism numbers, this is not as difficult a feat anymore. 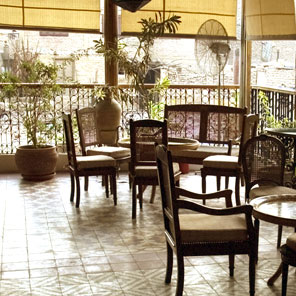 What Luxor does especially well, food-wise, is fresh produce. Along the East Bank, you will find no end in styles of restaurants. From local nooks to international fast food chains, there are few limits on available flavors. Sofra stands out as a favourite among them, largely because it offers an authentic taste of Egyptian cuisine in a charming atmosphere, set in a building from the 1930s. It helps too that the restaurant provides great value for the prices. The restaurant inside the Al Moudira Hotel is, by contrast, among the city’s most indulgent and extravagant hotels – well worth a visit, for those looking to splurge.

How to Get There

You can reach Luxor by air, train, bus or boat.

Luxor International Airport (LXR) is the hub for southern Egyptian air travel. The airport connects with domestic and international destinations daily, and it is roughly an hour-long flight to Cairo. 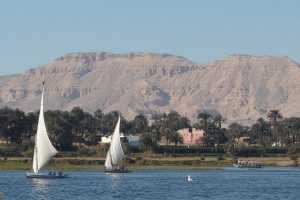 Trains connect Luxor with Cairo, Aswan and Alexandria. You’ll have the option of a variety of classes that offer corresponding levels of comfort and amenities. On an express train, the journey from Cairo to Luxor takes 9-10 hours and runs parallel to the Nile for much of the journey. Busses by contrast are a slightly less scenic, but a faster and cheaper alternative.

It is also sometimes possible to sail from Luxor to Aswan on a ferry or felucca – a traditional sail boat – depending on water levels and the dam. This is a slow but enormously scenic and soothing trip. Those with less time might consider driving From Luxor to Edfu, and then taking a felucca from there overnight.

Once in Luxor, you can navigate the city by taxi, rental car, bus, boat, minibus, motorcycle or on foot. It is also possible to join day tours that visit various essential sights.

Languages: The primary language of Egypt is Arabic, but in touristed areas most vendors and tour guides have at least some knowledge of English and possibly other European languages.

Weather: The weather is very cool in winter, and very dry and hot in summer. Average January daytime temps are 14C/57F, and average July temps are 33C/91F. But bear in mind it can spike to 40C/104F on hot summer days, and drop to 6C/43F on cold winter nights. Dress accordingly, and bring loose, light layers for summer.

Safety: Egypt’s safety and security has been in flux in the years since the Arab Spring. Though Luxor has generally remained safe for travel, extra precautions are necessary. Prior to booking a trip, it is well worth consulting with local security updates and travel advisories.

While in Egypt, your safety and security can be enhanced by remaining culturally sensitive and aware. These are a few tips:

Do be warned that Luxor is renowned for its touts. Be prepared to be firm yet polite with vendors, felucca operators and taxi drivers – and do not hesitate to bargain.

Money and banking: The Egyptian pound is the currency here, though some merchants will except dollars (just not coins). There are several dozen national and European banks in the city center where ATMs can be found. many hotels have banks as well, where money can easily be exchanged. Banking hours are generally from 8:30am to 2:00pm Sunday through Thursday (hotels may be different). Most hotels and restaurants that are tourist-oriented will accept credit cards such as Visa and Mastercard (just not American Express).

Tipping and local customs: It is normal to tip about 5% in a restaurant or 10% for a day-taxi.