Often considered the gateway to Morocco due to its strategic position facing Spain on the Strait of Gibraltar, Tangiers is a 2500 year-old city with a vivid history that mixes Roman, Moorish, Berber, Spanish, Ottoman, and Portuguese cultures into one unique melting pot. Between its ancient medina and Kasbah, forested parks, museums, history of writers and artists, and beaches, the city features something for everyone.

Tangiers is bisected by two main thoroughfares: Boulevard Mohammed V, which runs through the Ville Nouvelle down to the train station, and Boulevard Mohammed VI, which goes from the port along the beachfront to Malabata and the new Zone Touristique. The latter is an ideal promenade for walking, and is lined with restaurants and clubs like 555 and the Movenpick Casino. 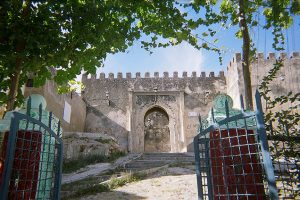 The souk begins along the Rue Es-Siaghin with vegetable and meat markets, then transitions into tourist stalls selling traditional leather slippers, carpets, brassware, brightly coloured scarves, jewelry, postcards, electronics and many other colorful artifacts for which you have to do some hard bargaining. The cafe-lined square called the Petit Socco offers a well-earned break.

The crown jewel of Tangiers is the ancient 17th century kasbah. Located in the northern part of the medina, the palace was built by the sultan four hundred years ago and subsequent rulers added additional parts. Incredible marble courtyards and carved wooden ceilings show the rich artistic traditions of Morocco while the Café Detroit (also located here) became the hang out spot for visiting artists, writers, and beatniks of the 1960s.

Other attractions in Tangiers include Saint Andrew’s Church (50 Rue Angleterre), which was completed over a century ago, in 1905. The interior of this Anglican church was constructed in the Moorish style and contains no depictions of any holy scenes, much like a mosque. Many of Tangiers’ famous Europeans residents are buried here. Outside the church is a traditional market, Casa Barata, where Berber women wearing their unique straw hats and colorful costumes sell vegetables. 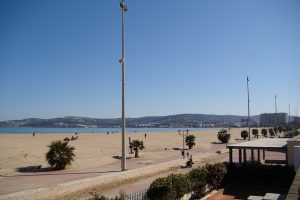 Tangiers beach is wide, relatively clean, and a great place for families to enjoy the surf, grab some seafood and play a game of football. If you prefer a more contained environment to swim, head to Mnar Park, a water park with expansive pools, slides, rides, and other attractions that are geared towards young people, but great for all ages. Upscale accommodation, horseback riding, and quad biking are also available for a more ‘adult’ experience.

Tangiers has a long artistic heritage, which has been bolstered by the many foreign artists and writers who have visited or lived in Tangiers over the centuries: the French painters Delacroix and Matisse, Spanish painter Antonio Fuentes, American writers Jack Kerouac, Paul Bowles and Tennessee Williams, and French novelist and playwright Jean Genet. Modern Tangiers continues to have a thriving literary community mainly devoted to French language literature, which is centered round the Librarie des Colonnes (54 Boulevard Pasteur).

There is also a large art scene, and numerous museums and galleries that highlight both ancient and contemporary works. If you turn right off the Petit Socco you can find your way with some help to the American Legation. In 1821 Sultan Suleiman gave the United States the American Legation building, which was the first overseas property to be owned by the U.S. No longer an official legation, it is now a museum with an impressive collection of art and historical artifacts, a reference library, and a wing devoted to the writer Paul Bowles.

The kasbah itself has a museum, Dar el Makhzen, which houses an amazing number of items from Morocco’s rich past. Here you’ll find Moorish pieces as well as exhibits featuring items from the Roman sites of Lixus and Volubilis. The Fes Room has beautiful silks and ancient illustrated manuscripts, while other rooms feature Morocco’s painting, ceramic, and carving traditions. an Andalusian garden. 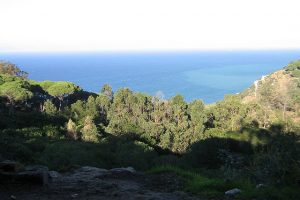 The Museum of Contemporary Art offers a dose of modern Moroccan and European visual and sculptural art, while the Galerie Delacroix (86 rue de la Liberté) exhibits photography and art by newer Moroccan artists. And lastly, the Frederic Lorin Foundation at 44 Rue Touahaine houses a collection of Tangiers photographs from 1890-1960.

On the western fringes of the city is the beautiful and lush Parc Perdicaris, also known as Parc Rmillate. The green forested and wooded area is a short 10-15 minute jaunt from the town center and you’ll find trails perfect for hikes or jogs, a few small restaurants, and you can even take a camel for a ride. As with most places in the vicinity, great views of the sea can be had as well.

Festivals: If you find yourself in Tangier in mid-September, check out the Tanjazz jazz festival (from 9-13 September 2015). The Mediterranean Short Film Festival is a popular event in October.

Like other cities in Morocco, Tangier offers a range of accommodation options, from the cheap pensiónes (guesthouses) that litter the port area and medina, to the chic and pricey hotels along the waterfront. The mid-range hotels vary from bland corporate high-rises to colonial-era architectural marvels.

Le Mirage, one of the swankest hotels in Tangiers, is perched on a cliffside near Les Grottes d’Hercule. It offers 45 deluxe bungalow suites and lies just 8 km from the 18-hole Royal Golf Club.

Built in 1865, the Hotel Continental is full of nostalgia, charm and faded glory. Degas, Churchill, Kerouac stayed here. It offers great views of the the harbour and across to Spain, so ask for a room facing the sea. It offers excellent value and and an excellent location next to the medina and close to the port.

Hotel El Minzah is also a great historical venue from the 1930’s. It’s a centrally located five star venue with two fine restaurants, a pool, a health centre and a hammam.

La Tangerina is a fine 10-room boutique riad with superb views of the Bay of Tangier and the kasbah.

Tangiers has a variety of cuisines for the discerning traveller. Here are some recommendations:

Those who’d like to fly to Tangiers can jet into Ibn Battouta Airport (TNG), which lies 10 km south of Tangiers. It is served by Royal Air Maroc, RyanAir, British Airways, Jetairfly, Iberia, AirArabia and Vueling Airlines. Grand taxis* are available 24/7 to transport passengers from the airport to Tangiers. Car rental is also available at the airport (Avis, Budget and Europcar). There are no bus services. (*A grand taxi is a shared vehicle that will drive a more or less fixed route to a set destination at a fixed price.) 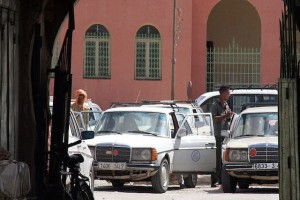 To get to Tangiers by by boat from Spain, you have two options: the fast hydrofoil (either FRS or Comarit/Comanav) from the small southern port of Tarifa, which takes about 35 minutes; or the slow ferry from Algeciras to the new Tangiers Port Mediterranee (45km from Tangiers city). Passports are stamped on board during the crossing. Bad weather can delay sailings. On a fine day the entrance  into Tangiers harbour  is spectacular.

Tangiers Ville is the fancy new Moroccan railway station that serves Tangiers. It’s about 3km southeast of the town centre. Trains from Fes, Casablanca, Meknes and Marrakech all stop here.

There are also bus lines that serve Tangier such as  C.T.M. The bus station is at Place d’ Espagne, near the port.

To get around the center of Tangier, taxis or walking are your best bet. Petits taxis can take you on short journeys around town for US$0.80 to US$1.20 (fares are higher at night). To get to a distant suburb or a destination further afield, you can take a grand taxi or a bus.

Location: Tangier is located on the northern coast of Morocco, on a peninsula that juts into the Mediterranean sea. It’s approximately 38 km (23 miles) from Tarifa, Spain and 251 km (156 miles) from Rabat.

Weather: The city has a semi-arid climate with hot summers and mild winters. Temperatures average 24C (75F) in July, the hottest month, and 13C (55F) in January, the coldest.

Languages: Moroccans speak primarily Arabic and French, though many who interact frequently with tourists also know some English, Spanish, German or Italian.

Safety: Pickpockets are known to operate around the city, particularly on Boulevard Mohamed V, the beach and the port area at night. Tourists should not walk in unfamiliar areas at night — try to take taxis instead.

Local customs: Women are advised to cover their shoulders and legs in public areas. Swim suits on men or women are acceptable only in beach or poolside locations. Also, when in mosques or other holy sites, women must cover their hair.

Money: The national currency is the dirham, abbreviated Dh. It’s best to change money once you enter the country, not before, as few banks overseas carry the currency. You can exchange money in a bureau de change, a bank or a hotel (most hotels will exchange at the same rate as banks and without charging commission). Most upmarket restaurants, shops and hotels or riads will accept credit and debit cards (just not American Express). Banks are plentiful, and ATMs can be found all over the city and in many hotels. The medina even has 20 ATMs.

Communications: The country code for Morocco is +212 and the city code for Tangier is 539. When calling within Morocco it’s preceded with a zero (0539).