Meandering down the middle of Mozambique’s vast countryside is a railway line which starts in Harare, Zimbabwe and ends its snaking journey in the industrialized port town of Mozambique’s second largest city, Beira. Less of a destination in itself than a launching point for trips to beaches, national parks and reserves nearby, this town on the central coast does have a certain faded charm, plus plenty of scrumptious seafood and raucous nightlife.

The town is laid out in varying degrees of industrialization and decay along the shores of the Indian Ocean, with the constant flow of water out of the Pungue River rendering the waters around Beira often brown and full of silt. But what Beira lacks in ocean attractions it makes up for in photogenic buildings and a distinctly working Mozambique city life, a paradise for anyone who is photographically orientated. Walk around the streets near the Makuti lighthouse that towers over a shipwreck. 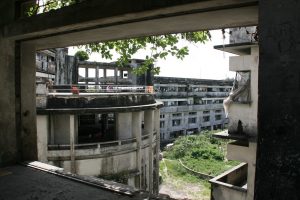 You are not going to find Beira on any major tourist routes or destination guides; in fact most will list only one “significant” point of interest, the dilapidated ruins of The Grand Hotel. The hotel was once considered one of the grandest in Africa before it became a refuge for people fleeing Mozambique’s civil war. Today it is home to descendants of these people, who live without electricity and water in the decaying Art Deco giant, a living symbol of Beira’s battle to modernize.

Praça do Município and Praça do Metical are great for finding local craft and street foods and the light right before sunrise as all the stall owners set up for the day is a spectacular photographic opportunity. Also worth a visit is the Cathedral on Avenida Eduardo Mondlane.

Makuti beach is one of the only in-town options if you want to dig your toes into the sand as many other sections of the Beira coastline in the city are either inaccessible or run down.

Some of the better accommodation in Beira can be found along the main road into and out of town called Avenida Martires da Revolucao. While most are clean, neat and geared for businesses don’t expect anything overly orientated towards tourism. The Lunamar Hotel has a great outdoor swimming pool (even though it faces the parking lot), an on-site bakery with decent pizzas, and is about 100 meters away from the beachfront restaurant Biques. Ask for sea-facing rooms. Down the road from Lunamar is the Sena Hotel, which looks like any other standard chain business hotel, but it has the added bonus of a decent restaurant that fares better than others in town. Just outside of the main city center is the rather garish Chinese-themed Golden Peacock Resort Hotel, a massive super-structure with an on-site spa, nightclub, restaurants, large pool, and casino. It’s a popular wedding venue for the Beira jet-set. A lot of this complex is still under construction and it is outside of the town center, so taxis to other dining options will be expensive. Casa BeiraSol (Rua De Madeira-opposite the Tivoli Hotel) is a sweet little guesthouse option in town, if that’s more your style. 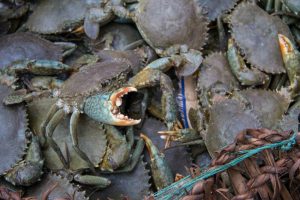 Biques is a long-standing pub-style dining institution in town, with hearty portions of standard pub grub like burgers, prawns and prego steak rolls with salads and chips. It also has the added distinction of being right on Makuti beach. If you fancy a more restaurant-y vibe, try Clube Nautico (the boat club) further down the road. There is an entrance fee for non-members payable at the front door, and food portions are generous, with more varied menu items than Biques. If you prefer to try local fare, check out Beirasol for well-priced plentiful seafood by the kilogram. Other notable mentions are Beira Bar in Ponta Gea, and Praia de Makuti, both open-air street food restaurants where dining is simple grilled seafood or chicken, eaten alongside large television screens showing the latest soccer matches — or blaring loud dance music to local patrons in need of some hearty local food.

Getting in and around

Northeast of the city is the Beira International Airport, which serves both domestic and international flights via South African Airways, British Airways and LAM. There are daily flights out of Maputo, and twice weekly from Johannesburg. The Beira corridor connecting to Zimbabwe is a fairly decent tarred road, while the road conditions heading up north and south vary between dirt and patchy tar. Of course you can always take the train from Zimbabwe if you are really intrepid and don’t mind a two-day stop-and-go saga of delays, heat and crumbling carriages. 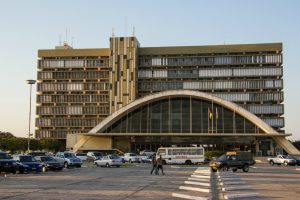 Travel around Beira is relatively easy. You can opt for a private taxi driver, usually available and arranged by your respective hotel, or you can hire one of the taxis found outside of the airport arrivals terminal. Many taxi drivers can also be found on the pavements outside the more modern hotels in the city center. Be sure to take down the taxi driver’s phone number if you are planning to visit a restaurant at night, as the streets of Beira tend to be very quiet then, and finding a taxi home will proves difficult if not impossible without advance planning.

If you want to get around town quickly, a good option is to flag down a Bajaj, which can quickly take you around town for 2,000 MTn. The local matatus (shared minibus taxis) are a cheaper options for getting around town, costing between 10-50 MTn depending on your bargaining skills — but often the stops are varied, so you might have to do a little bit of walking to get to your hotel.

Safety: While Beira city itself is safe to visit, at the time of writing, travelling through the Sofala province on the EN1 between the Save River and the town of Gorongosa, and on the EN6 between Gondola and Beira is not advisable due to clashes between government of Mozambique security forces and the armed Renamo opposition party since 2013. While there is currently a ceasefire and travel to the South of Mozambique is still safe, it is best to be prudent and take serious heed of any travel warnings if you are planning on heading North by road through Sofala Province.

Be sure to always ask permission from anyone you photograph, especially if you plan on venturing into the Grand Hotel –where residents have been known to be very unfriendly to unwanted gawkers.

Don’t venture out alone at night — travel in groups, and carry the number of a taxi driver at all times.

Money and banking: The national currency is the metical. The current exchange rate as of this writing is US$1 = 33.5975 MTn. There are banks at the Shoprite in the downtown commercial center along Avenida Samora Machel. (If you ask to go to Shoprite, most taxi drivers will understand.) There is also a BCI Bank and a Bureau De Change with a working ATM between the Sena and Lunamar hotels on Avenida Martires da Revolucao.

Health: As Beira is surrounded and build on rather swampy ground, make sure you have plenty of mosquito spray for the humid evenings, and take prophylactic anti-malarial medication if possible. Beira Central Hospital (326 Avenida do Poder Popular) is the place to go in an emergency.