Alcohol – the cause of and solution to life’s problems according to some. Alcohol has been produced for thousands of years and in nearly every culture and corner of the world. While many places stick to commercially produced beers, wines, and spirits, the intricacies (or lack thereof) of local home brewed beverages is one of the most interesting parts of drinking while traveling. Africa has no shortage of local varieties. The most commonly used ingredients are sorghum, millet, maize, and bananas, but there are many other specialties which vary from region to region and even village to village at times. Collected here are 15 of Africa’s most intoxicating home brews. 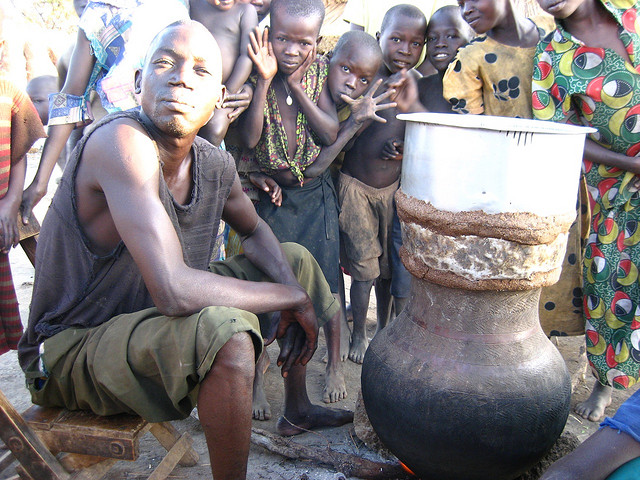 Waragi is a clear and very potent Ugandan gin that was traditionally brewed in local areas. Nowadays, Waragi is big business in Uganda, both in rural areas and in makeshift urban distillery operations. The most popular variants are made from cassava flour, cane sugar, or bananas. East African Breweries Limited bottles legitimate Waragi which is more reliable than the home-brewed stuff which has been known to kill and blind people. 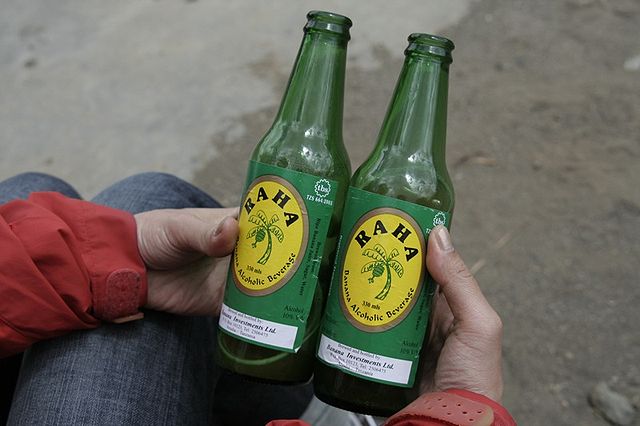 Urwagwa is a popular traditional beer in Rwanda made from ripe green bananas. It’s usually made by digging a pit for the bananas, then covering them with banana leaves and unripe bananas, a few layers deep. After a few days of fermentation, the bananas are mashed, the liquid collected, and put through a siv. Combined with water and sometimes ash in rural areas, water is added, boiled, and then it’s left to cool before being shared communally. 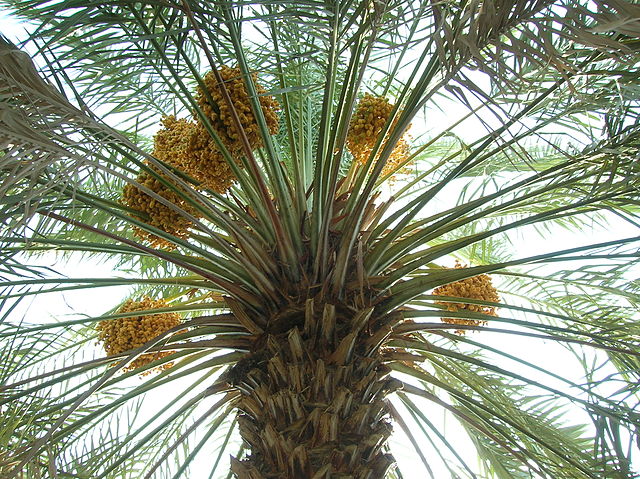 Due to strict Islamic laws, alcohol is illegal in any form in Sudan. That doesn’t stop the population from making a potent moonshine called Aragiy, which means “date sweat” in local Arabic. Usually brewed in home complexes, the clear, warm moonshine is picked up through slots in doors in back alleys, in used soda bottles, or delivered by brave tuk tuk drivers who store it in their engine blocks.

Commonly referred to as “ogogoro,” palm wine is considered the national (alcoholic) beverage of Nigeria. Distilled from the sap of Raffia palm trees, it is collected in gourds, boiled, and the steam is condensed and collected for drinking, similar to many other distillation processes. With an alcohol content between 30-60%, it’s also called the masquerade in the bottle, push-me-push-you, do you do it, OHMS (our home made stuff), iced water, and crazed man in the bottle in various local languages.

Concocted from fermented sorghum seeds, Botswana’s local hooch is called “tho-tho-tho.” Its alcohol content can be an eye-watering 80%! Other variants made from yeast or sugar have equally humorous names which translate to things like you sleep right here, hurry up, say goodbye to your mother, real man, and there is a home in heaven.

The Zimbabwean version of Chibuku (we’ll get to that in a minute) is made from a fermented mixture of sorghum and maize and sold in paper cartons or plastic containers. The thick millet beer is inexpensive, filling, and shaken to dislodge the settled yeast at the bottom which is usually slurped up after. Bottoms up! 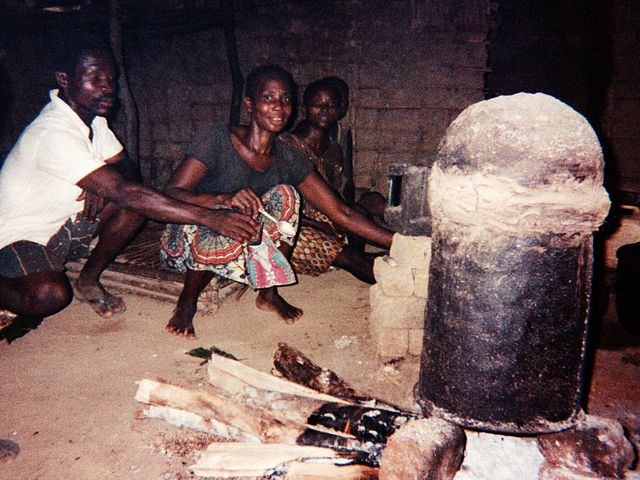 Known colloquially as petrol, lotoko is produced throughout the Democratic Republic of Congo from a corn mash and sometimes cassava or plantains in cut down oil drums for makeshift boilers. When made from corn, the cores produce high levels of methanol which can be toxic. Produced in villages by women, it can be a financial boon, but also a bane to those who get hooked on it.

Chang’aa literally means “kill me quick” and is distilled from the staple grains of millet, maize, and sorghum. Illegally brewed, a drink costs anywhere in the range of 15 two 25 cents a glass and has caused turf wars by various gangs in the shanties which charge taxes in place of the state. In an attempt to cut out the dangerous additives used to give it more of a kick, the Kenyan government attempted legalization.

Pombe is a millet-based beer produced in many areas of East Africa. Fermented millet usually is prepared in a large pot with boiling water before cooling and being drunk communally from a gourd or large bowl. The thick, purple concoction has a mealy taste and thick texture. 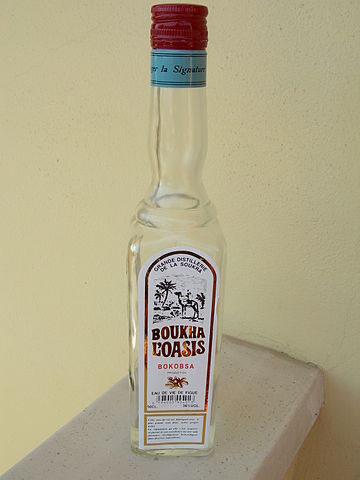 Boukha is Tunisia’s local clear spirit and is made from figs. Translating to “alcohol vapor” in local Arabic, the distillation process is pretty straightforward and is even produced commercially now. It typically has an alcohol percentage of about 40% and is best when mixed with a soda or juice in a cocktail. Sundowner in the Sahara, anyone? 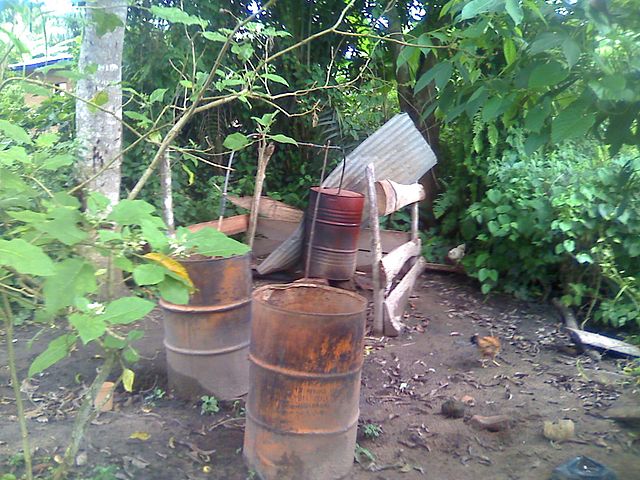 Similar to Nigeria’s version, Akpeteshie is Ghana’s local spirit distillation of palm wine or sugar cane juice. Before European colonization, the Anlo brewed a local booze known as kpotomenui which means “something hidden in a coconut mat fence.” The popular drink is brewed in local communities and sold in used bottles. 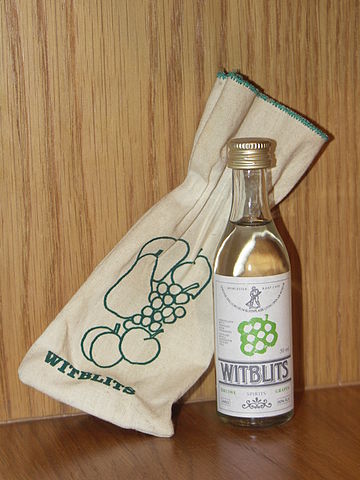 Witblits means white lightning in local Afrikaans and is a moonshine made from grapes, which South Africa has plenty of, being one of the largest wine producers in the world. It’s been produced in Western Cape Province by settlers for over 200 years. Comparable to a grappa or schnapps, most witblits is of high quality, bottled, and in contrast to many other homemade liquors, some is sold commercially. 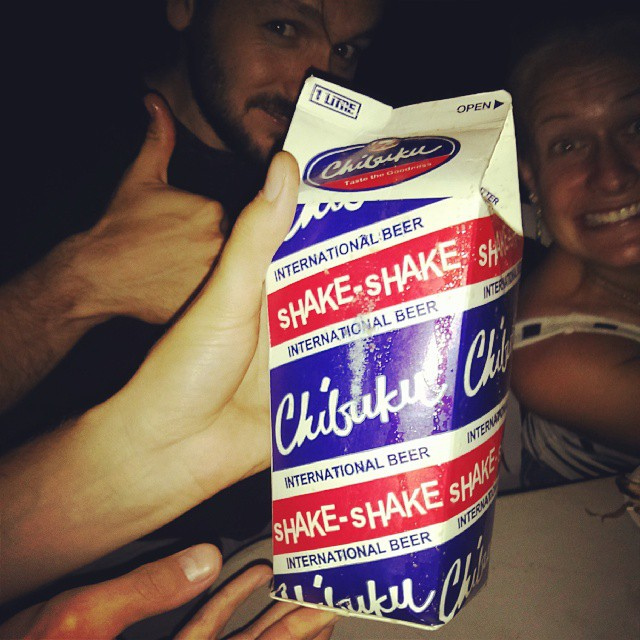 Chibuku or shake-shake is appropriately named, as you have to shake the carton or bottle vigorously before consumption in order to dislodge the sludgey fermented yeast that settles at the bottom. Made from sorghum, maize, or millet, the mealy taste also has a citrus tang and it’s readily consumed all across the region in Botswana, Zimbabwe, Zambia, and Malawi. 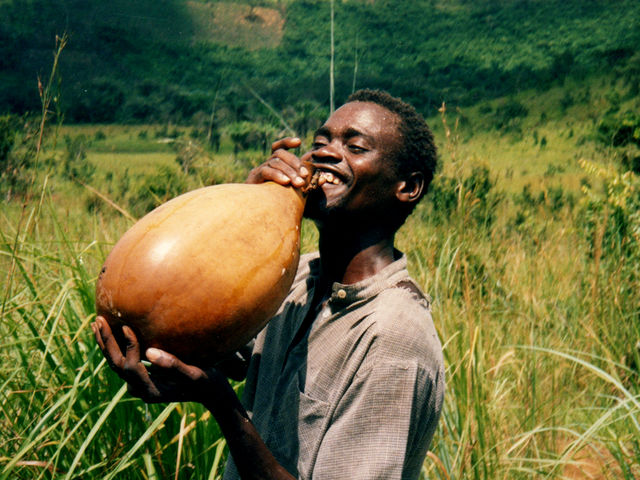 Mostly brewed in Uganda and the Democratic Republic of Congo but also in South Sudan and Kenya, Kwete’s production process is similar to many others involving sorghum, millet, maize, malt, boiled water, and yeast. With a brownish color, thick consistency, and sweet & sour taste, Kwete is traditionally consumed in a calabash. 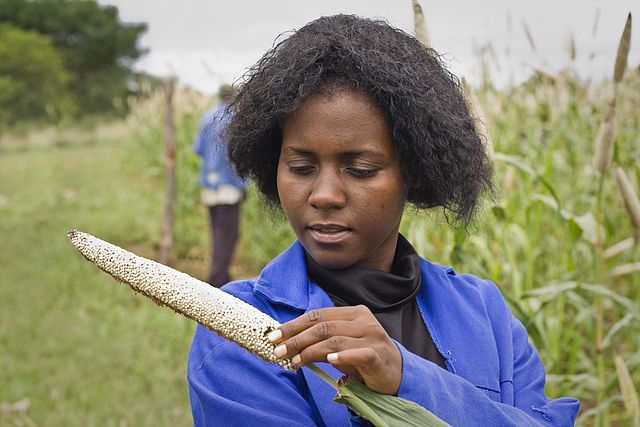 Kumi is the Swahili word for 10 which is apt, since a glass of this shine costs a meager ten shillings (about $0.15). Cheaper than most beers which are usually at least a dollar, Kumi Kumi can be dangerous since many home brewers mix in methanol, battery, acid, solvents, and other toxic chemicals to increase the potency. It’s frequently the cause of hospitalizations, blindness, and deaths among Kenya’s poorer drinkers, so beware.