Land of where the dingoes can eat your baby, Steve Irwin’s murderous stingray, and heat strokes. Australia is a paradise…to many of the world’s most dangerous creatures. So pack your blowtorches, your knight armor, and your dignity. Here are 15 animals in Australia that can easily kill you. 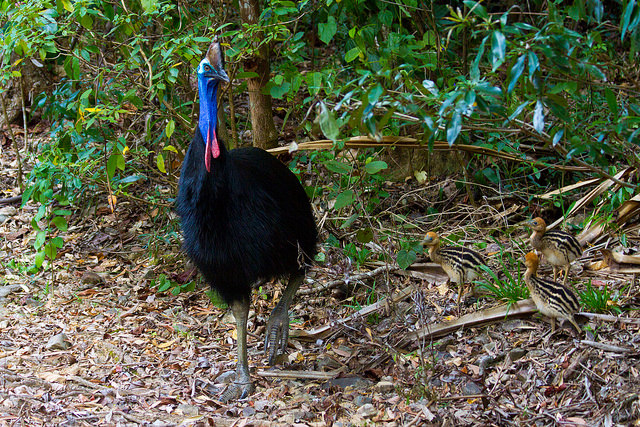 A bird? But what harm can it do? Peck you to death? Not exactly, but its razor-sharp talons can easily slice you like a hot knife through butter. When confronted by this Freddy Krueger-like bird, there is only one way to react — run! Or you can stay and find out what it looks like when your skin turns into a pulled pork sandwich. 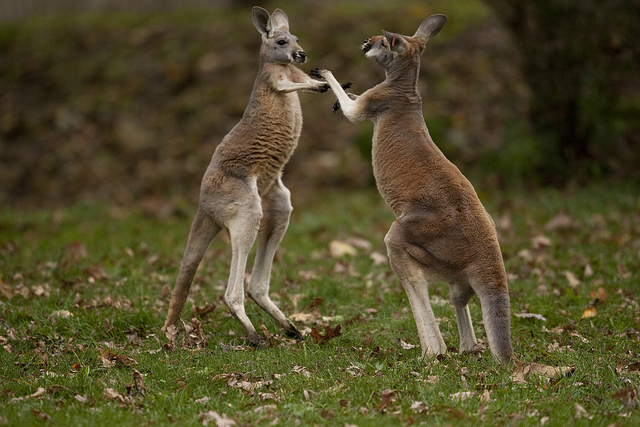 While the death rate by kangaroos is still relatively low, you still do not want to be clobbered by one. These large marsupial animals can pack a wallop with their punch and drop kick you to high heaven. To make matters worse, if you should walk away from a kangaroo fight with only a few bites and scratches — you’re not exactly out of the woods yet, because your next battle is overcoming seething madness by rabies. 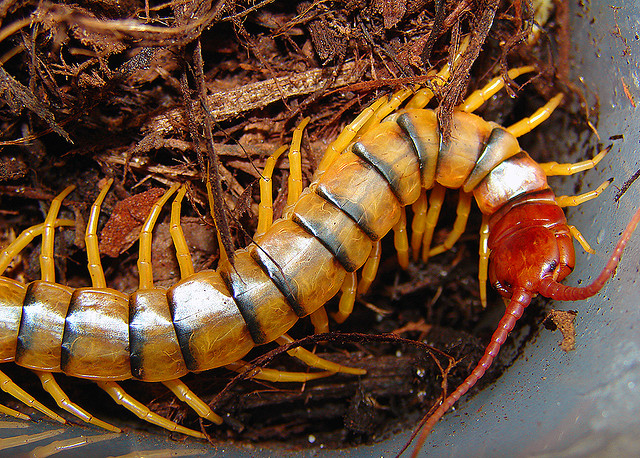 Don’t even bother trying to squish them under your shoes, just back up and walk away (quickly). When pricked by one of its many ghastly little legs, the venom is secreted into your system and you can face the inevitable — unbelievable excruciating pain for days! Good luck surviving though the pain, not everyone will get lucky. 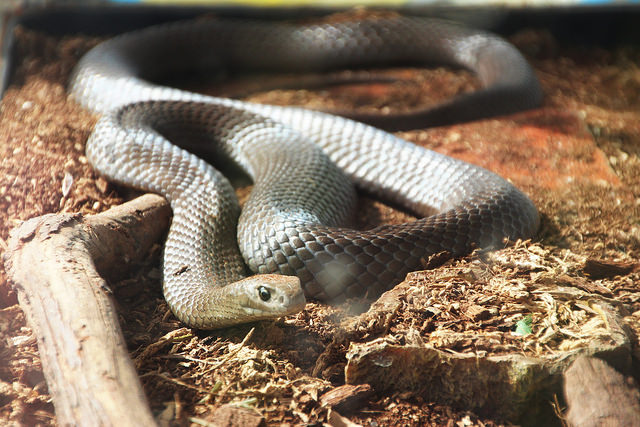 Looks just like a harmless garden snake right? Wrong! Australia is full of venomous snakes and the Eastern Brown Snake is the world’s second most poisonous snake. Once bitten, you must seek medical treatment immediately or you’ll suffer embarrassing uncontrollable diarrhea, seizures, dizziness, paralysis and finally, cardiac arrest. Remember, what doesn’t kill you, makes you stronger. 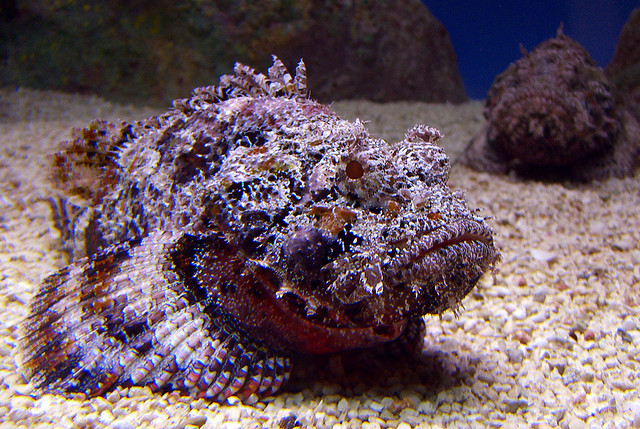 If you are knee deep into Australia’s ocean water collecting shells and feel a stinging sensation as if you stepped on a hard rock, check immediately to see what it was. If this face only a mother could love is leering back up you with a smile, do not feel relieved and think you’ve made a friend because you’ve just stepped on the world’s most poisonous fish. So long, or how do the Aussies say it? Hoo roo! 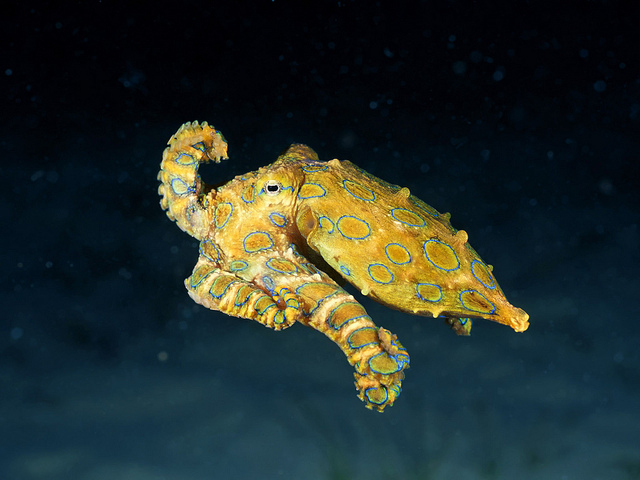 If you snorkel in Australia and you see one of these purdy guys, don’t attempt to play Ariel the mermaid and pet it. The blue ringed octopus carries powerful toxins that are more than a thousand times potent than cyanide. Its venom is so dangerous that you could be dead within minutes once the oxygen to your brain is abruptly cut off. But hey! Isn’t he pretty? 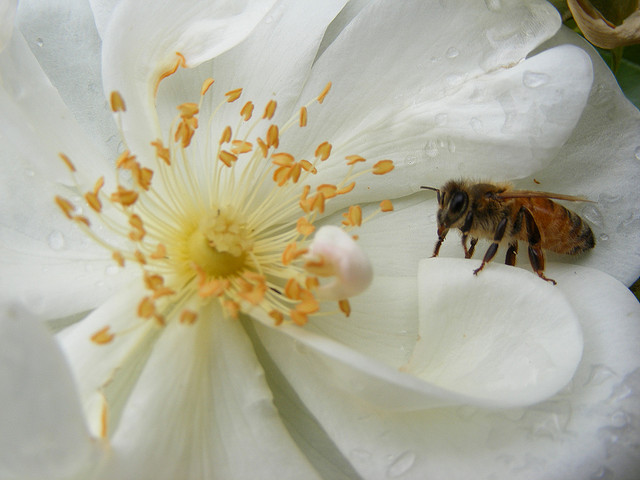 You’re thinking of Macaulay Culkin’s demise from “My Girl”, aren’t you? While many people die from bee stings due to severe allergies, honey bees actually carry venom in their stings that can kill you. If you’re stung multiple times by a swarm, better write that goodbye note to your mother quickly because you may only have minutes left. 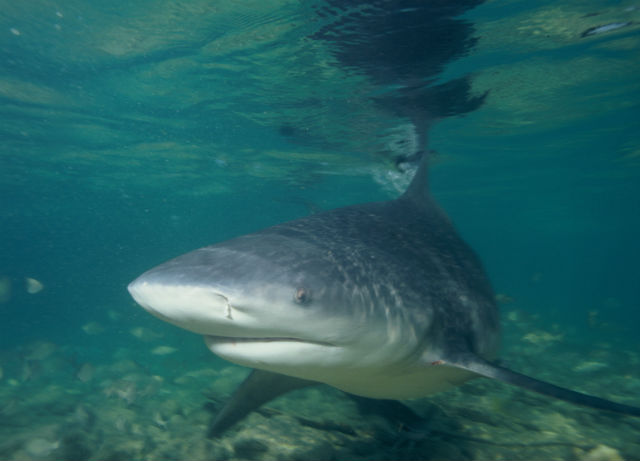 This bully of a shark likes to lurk in shallow waters and wait for a surfer dude catching waves. They can come in packs and attack several people at once like a bad horror movie (the sharks later became the inspiration for the Jaws movies). 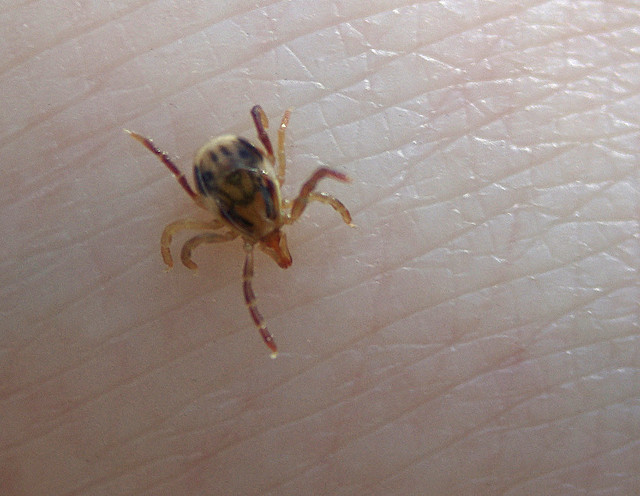 They don’t throw in “paralysis” in the name for nothing. Once bitten, leaving the head in your body is the least of your worries with this specific tick. The Australian Paralysis Tick not only sucks your blood, but secretes neurotoxins into your system and paralyzes you. Fatalities are higher if the ticks stay latched on you undetected for days, so you better thoroughly check your body when visiting sunny Australia! 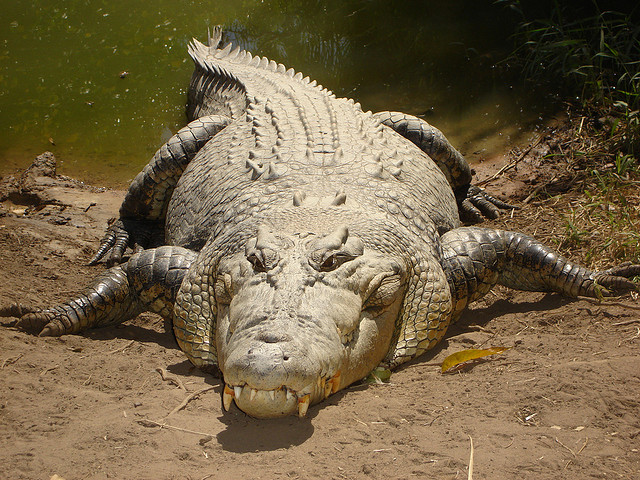 Any idiot can have one look at this fella and know he’s not going to be your good mate. You’d think by the look of this guy, you would have time to escape before he hobbles slowly in your direction for a nibble. Wrong! These crocodiles are surprisingly fast, can creep up on you randomly, trap you with their powerful bite and death roll you back into the murky water for a good snack. The end. 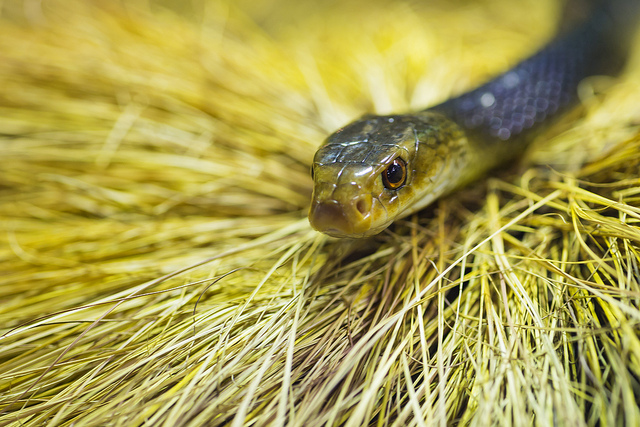 If you think the brown snakes are bad, wait until you get a load of these Coastal Taipan snakes. With one snap from its leaky venomous fangs, your chances of dying are 100% (if left untreated, like oh say…without amputations). If bitten, you’d better hope that one of your friends is Rick Grimes enough to start hacking away at your infected limb to save your life. 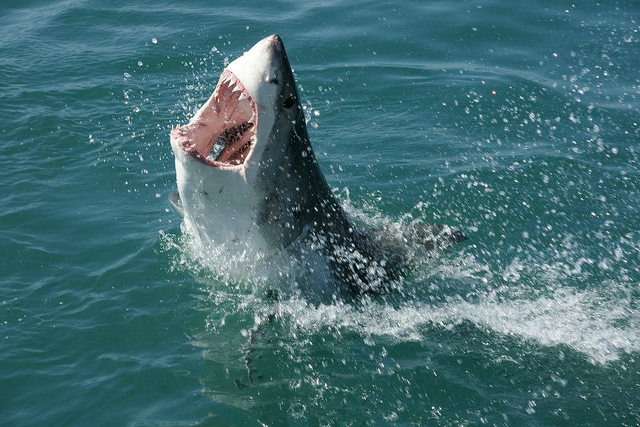 Duh. Just watch Jaws, and the rest will explain itself to you. 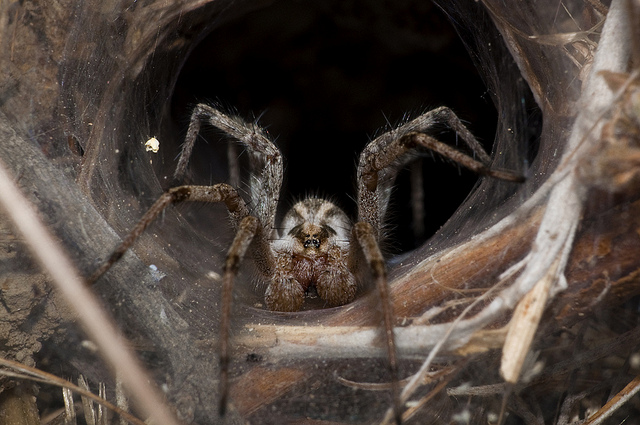 If you find one of these lurking in your home, you might consider it to be easier to just burn down your whole house than try to take on a one-on-one fight with this spider. As if this furry spider wasn’t ghastly looking enough, they have large fangs for their proportions and inject venom into your bloodstream. At first, you’ll feel a little tingling around your bite wound, then you’ll find yourself frothing at the mouth, violent convulsing will come next, and finally…a brain death after only 15-30 minutes. Remember, burn down the house immediately and don’t bother rescuing your photo albums either. It’s just not worth it. 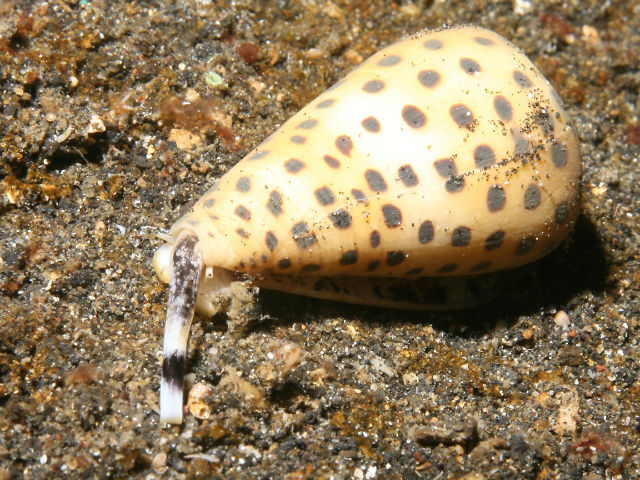 If you’re at the beach and you see this beautiful shell, don’t pick it up. A dangerous cone snail might be living inside of it and snap you with a venomous harpoon. Once injected with its toxins, you may find every ungodly thing pouring out of every orifice in your body. But the good news is — the more you “excrete” out, the more likely you’ll survive since you are getting the toxins out of your system. Be sure to pack enough puke bags. 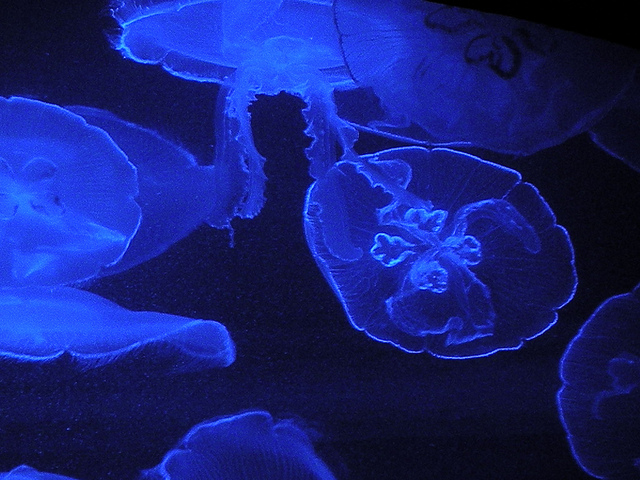 With a high fatality rate, it’s a suicide mission to go swimming during box jellyfish season. They can be so dangerous that many of Australia’s beaches are strictly closed to swimmers during it’s season due to large concentrationa of box jellyfish coming too close to shore. Its long tentacles are like electrical bolts that can zap you with excruciating pain. Are you ready to book your trip to Australia now?