We all have our favorite deceased writers whose books we hoist over our shelves and wonder what it would be like to meet this brilliant person. While the authors are long gone, their grave sites still remain and are readily available to the public to pay their respects. So pack up your bag, write that eulogy tribute and embrace for a terrible secretive middle names, here are 15 grave sites of authors that you must visit. 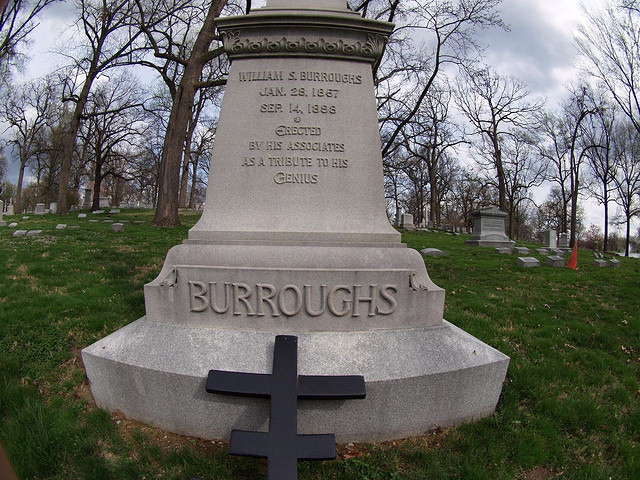 “Naked Lunch” writer William S. Burroughs sparked many controversies during the limelight of his beat generation years. When he perished in 1997, he was buried in a family plot in Bellafontaine Cemetery in St. Louis, Missouri. His grave is often mistaken by his great-grandfather of the same name (pictured above). Despite being buried with his family, we think his heart belonged in Tangiers, Morocco, where he spent his best years enjoying the view and smoking opium. 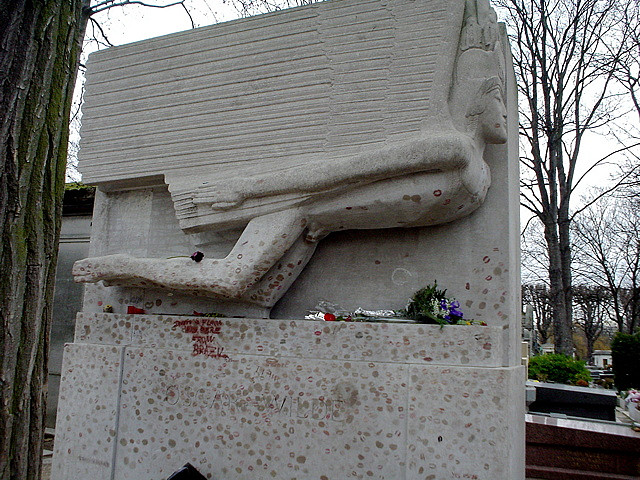 This dandy author died in 1900 due to poor health he developed while imprisoned. Wilde’s tombstone reflects his unique style by depicting a carved figure of a modernist angel. Unfortunately, his grave has been defaced multiple times by both hooligans and admirers who would smear their lipsticks on the monument, and the genitals of the angel were broken off and stolen. Today, you can visit the witty writer’s site in Paris with the angel still standing over him (a new prosthetic is in place). 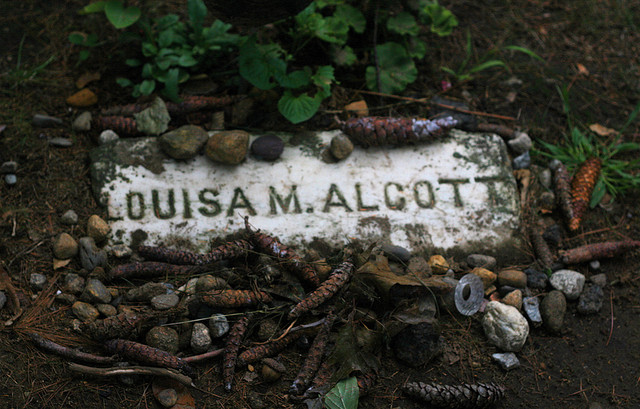 “Is it not meningitis?”  was the “Little Women” author Alcott’s famous last words before she bought the farm from a stroke. She can be found in Sleepy Hollow Cemetery (no headless horseman here) in Concord, Massachusetts.

This famous abolitionist writer’s grave can be spotted in Rochester, New York at the Mount Hope Cemetery (fellow abolitionist, Susan B. Anthony is also buried there). Douglass died of a heart attack in 1895 and still receives numerous visitors to his grave every year. 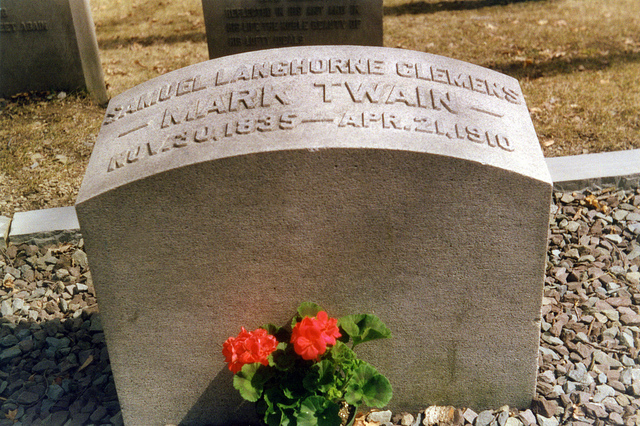 The creator of Huckleberry Finn, Mark Twain (born Samuel Clemens) successfully predicted that he would die on the next Halley’s comet in 1910 (he was born when Halley’s comet came in 1835). His tomb can be found in Elmira, New York at the Woodlawn National Cemetery. The same cemetery is a massive burial site for thousands of Confederate soldiers that were imprisoned by the Union troops. Ironically, Twain was a vocal supporter of the abolitionist and emancipation of slaves movements.

German born nihilist philosopher Nietzsche’s burial site is located in Rocken, Germany. Nietzsche died tragically after suffering two massive strokes from syphilis, and was paralyzed for the last years of his life. Today, you can visit his grave to show your respect…or don’t (what is the point anyway?). 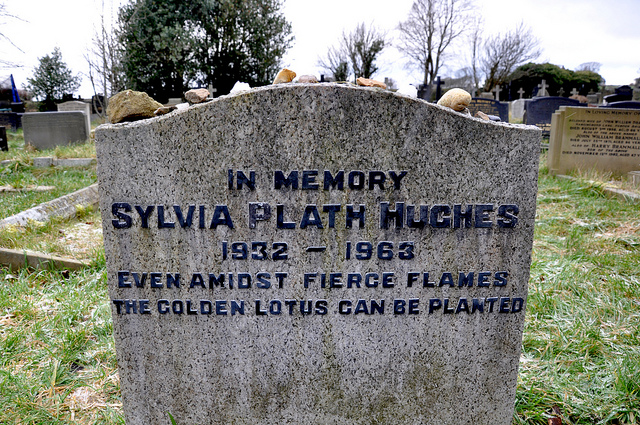 Manic depressive Plath committed suicide by sticking her head in the oven in 1963. Today, the remains of the poet can be visited in Heptonstall, the countryside of West Yorkshire, England. The author of “The Bell Jar” has her grave inscribed “Even amidst fierce flames, the golden lotus can be planted” — a line from one of her poems. 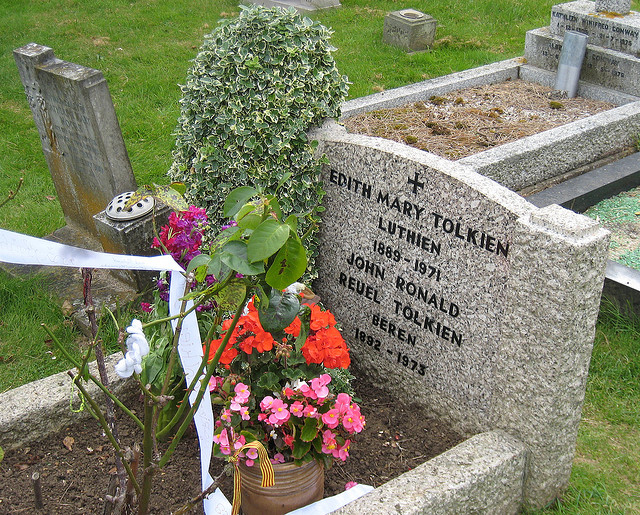 Reuel? No wonder he went by J.R.R., the poor guy. This author responsible for “The Hobbit” and the “Lord of the Rings” trilogy can be found at Wolvercote Cemetery in Wolvercote (a suburb of Oxford) where he shares the same grave as his wife who died 21 months earlier.  The additional names of “Luthien” and “Beren” are the names of their love-stricken fictional characters. 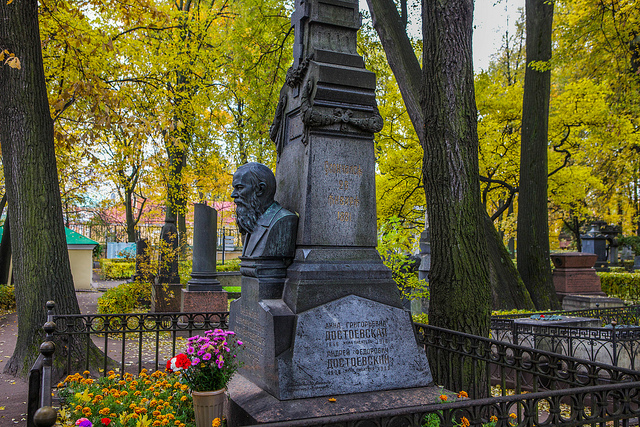 After a long period of failing health, Dostoevsky kicked the bucket in 1881. After his death, over 100,000 mourners visited his grave at the Tikhvin Cemetery in Saint Petersburg where a finely crafted bust of the author stands. 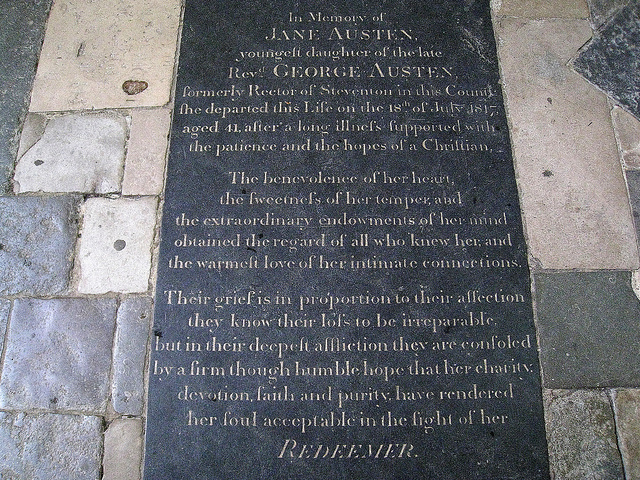 When Addison’s Disease took “Pride and Prejudice” author at the young age of 41, she was buried in Winchester Cathedral in Winchester, England. Because of Austen’s lack of fame during her life, the inscription to her grave site makes no mention of her writing career. 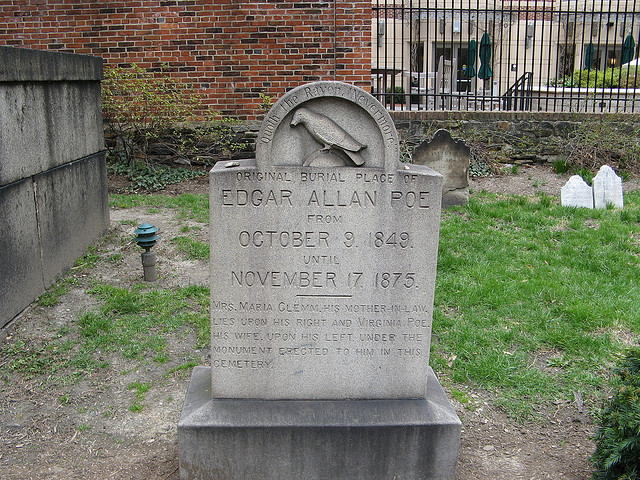 While the macabre author’s death remains a mystery to this day, the whereabouts of his grave site is known and available for the public to visit. He was originally buried in Westminister Hall (pictured above) but was exhumed (he was reportedly in still in a very good condition) in 1875 and relocated to another church in Baltimore with a bigger tombstone. Whether the raven still watches over his lifeless body or not is still unconfirmed. 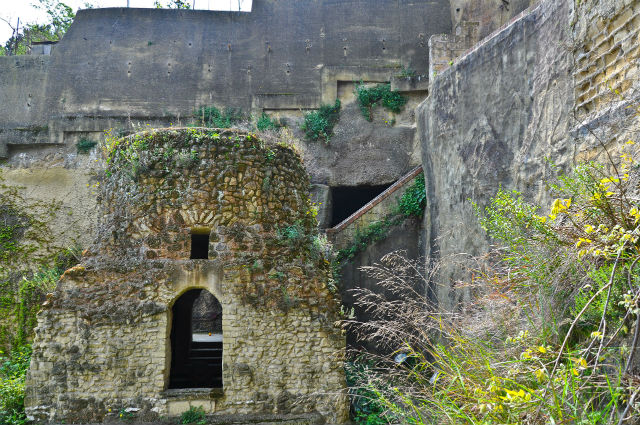 In ancient Naples, lies the ruins of Virgil’s tomb. “The Aeneid” writer died in 19 BCE  and was unearthed after a secret worker for King Robert II wanted to find his bones and his book of magic. Many locals believe that Virgil’s bones guard the city.

You expected his tombstone to be grammatically incorrect too, didn’t you? Now the whole world can know what “e e” really stood for. His minimalist grave site can be found at the Forest Hills Cemetery in Boston, Massachusetts. 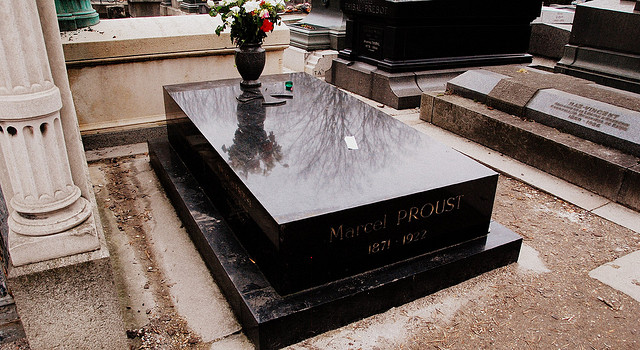 In the beautiful city of Paris, this romantic author can be found resting eternally in Pere Lachaise Cemetery where other famous writers such as Moliere and Pierre Abelard also dwell. 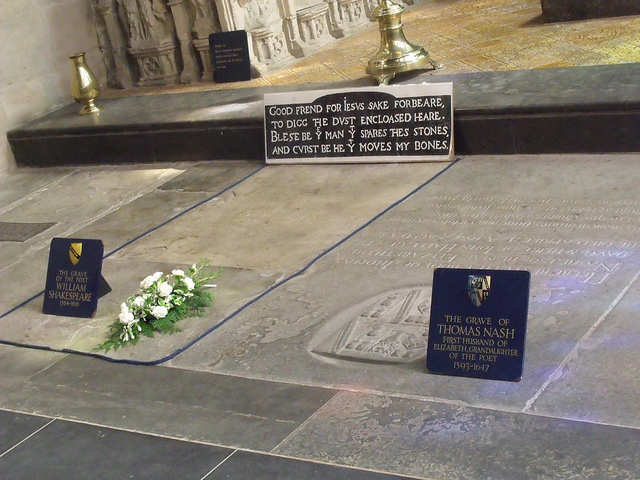 Shakespeare might be the only prolific writer to leave a curse on his grave upon anyone who dares to move his bones. He is buried in the Church of the Holy Trinity in Stratford-upon-Avon, England. Since his burial, parishioners and workers have carefully respected his dying wish for their own sake.