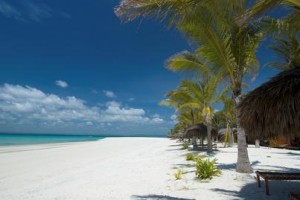 I was initially drawn to Mozambique because of its relative lack of development and international attention. Having traveled to a number of African must-see destinations, I was craving something a little more untouched, per se. This craving led me to set aside an entire year to travel overland in Mozambique, looking for both opportunity and adventure. Twelve months driving roads that alternated between potholes and dust allowed me to discover a country rich with intricacies, complications and immense natural beauty.

From Ponto d’Ouro to Pemba, and Vilankulo to Niassa, the wonder and magic of Mozambique is almost indescribable. I often felt that much of what makes this country so surreal is the tiny things, the quiet corners and the inevitable surprises that come from exploring without a guide. Though I would hardly want to ruin the ebb and flow of someone else’s experience, I learned a few tips and tricks along the way that can make a trip through this unusual country a little bit smoother and more fulfilling.

Mozambique’s official language is Portuguese, and having at least a few basic phrases tucked under your belt is sure to facilitate and enhance your travels. Though English is taught and spoken with increasing frequency in the country, the vast majority of Mozambicans will speak only Portuguese, along with a range of local dialects. Many tourism businesses will have English-speaking Mozambican and South African staff, but venturing out of the comfortable confines of the tourist circuit will leave you hoping to say at least “obrigado” and “faz favor.”

In Maputo, a handful of Portuguese tutors and Portuguese language books can be found. I also found a series of Portuguese apps to be of great assistance when learning the language. However, when looking beyond the capital (and your iPhone), your best bet will be to swap English-for-Portuguese lessons with local people. After all, there is no better teacher than full linguistic immersion.

Get into the food! 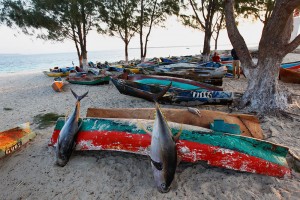 One thing that set Mozambique apart from other countries I’ve visited on the continent is its food. From shaded streetside cafes in Maputo to thatched huts on the northern shores of the Indian Ocean, the flavors of Mozambique are deeply varied and ever-satisfying.

Urban-based visitors can spend hours sampling countless coffee-based drinks, beginning with an espresso and ending with a gallao, with, in all likeliness, a pastry or two in between. Restaurants in Maputo will serve anything from elegant Portuguese dishes to the Mozambican classic medio frango (half chicken), with a few South African classics scattered throughout.

Moving out into the villages, seafood becomes the go-to dish. The freshness of the fish means that cooking techniques are often far simpler, with many restaurants opting to only grill daily catches over charcoal. Lobster, squid, prawns and fish are often served alongside local vegetables, homemade bread and – of course – spicy peri peri sauce. Alternatively, you can always hang around the seaside in hopes of intercepting a fisherman as he emerges with a few daily catches.

Mozambique’s public transit system of chapas will take budget travelers to virtually any village or town. However, in addition to being both cramped and questionably safe, relying exclusively on public transit hugely limits your ability to see Mozambique’s most remote and most stunning landscapes. To get to these destinations, you pretty much have to have your own private vehicle (and a reliable GPS system).

The good news is that rentals are generally quite affordable in South Africa, and vehicles can be brought across the border provided you buy third party insurance. The only word of warning is that police officers seem to have a nasty tendency to target South African license plates in hopes of soliciting a bribe, and this can make self-driving both more costly and more frustrating. Keep a small wallet with tiny bills on you at all times, in order to avoid having your actual wallet completely emptied by corrupt officials. You might also be wise to do a precursory review of the most up-to-date road rules, either with expats living in Mozambique or online. 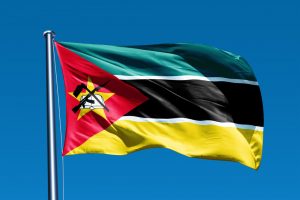 A brief online search about Mozambican politics will reveal years of turmoil between the ruling party, FRELIMO, and the longstanding oppositional party, RENAMO. Shrouded in tensions that never fully dissipated following the civil war, 2013 and 2014 saw heightened reports of violence and unrest after offshore natural gas was discovered.

While caution should be exercised when visiting Mozambique – or any country, for that matter – it is important to note that much of the violence and unrest is localized in a particular region of the Sofala province just outside Gorongosa National Park. Though it is unfortunate that these reports have largely disrupted the rehabilitation of this sensational park, the vast majority of tourist destinations continue to be safe to visit.

If visiting, be sure to touch base with local news reports but do keep perspective in mind – the country is absolutely massive and hugely varied.

During my year in Mozambique, I met countless travelers and vacationers who were shocked by the prices in the country. Too many had arrived with the assumption that this little-known country would offer incredible deals on accommodation, activities and meals. This however proves quite quickly not to be the case. The relative lack of tourists in Mozambique means that many of the businesses there struggle to find financial sustainability. As such, they crank up their prices in order to make ends meet. Campsites tend to cost US$10 per person per night, while mid-range private rooms nearly always cost upwards of US$100 per night. Meal and activity prices also seem to rival Western world prices.

That said, this section is hardly meant to discourage you from visiting. What Mozambique offers is generally well worth the price – particularly for those with a desire to experience a corner of the world before the onset of mass tourism. I only offer this word of caution around budgeting to ensure those planning a visit are both realistic and prepared. Once you arrive in Moz, you most certainly will not want to return home early!