If you tire of wine-tasting…  Scratch that. Who are we kidding? There is absolutely nothing tiresome about exploring the Cape Winelands.

However, a trip to Africa doesn’t quite tick all the boxes if you don’t at least encounter one of the Big Five. While the wildlife experiences on offer in the Winelands are nothing like the safari experiences you’ll encounter further upcountry, they are accessible. A mere 40 minutes from the city, you’ll find a variety of big cats, game and birds of prey.

So while the Big Five of the Cape Winelands may be Cabernet Sauvignon, Merlot, Pinotage, Chardonnay, and Sauvignon Blanc, but that doesn’t mean you can’t also catch a glimpse of the four-legged variety. 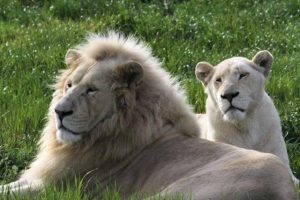 Established in 1998 to provide a sanctuary for rescued lions, the 50-acre Drakenstein Lion Park is home to over 30 lions and two tigers. The lions at the park — many of which have been rescued from French circuses and illegal wild-animal-trading rings in Eastern Europe – have all been captive bred or hand reared and, as a result of this, cannot be rehabilitated to the wild. The sanctuary, which gives you the opportunity to see these magnificent creatures in their natural habitat, is not involved in any form of commercial breeding or trade.  The lions are fed at 4pm on Mondays, Wednesdays and Fridays, so try to time your trip around the feeding schedule. For a truly memorable experience, spend the night in the Ingonyama Tented Camp (R750/$67 per person sharing) surrounded by the lions.

When the nearby Tyberberg Zoo closed down, the park also took on the responsibility of caring for six chimpanzees from the zoo, many of which had found their way to the zoo from less comfortable beginnings. The oldest of the chimps in the Chimp Haven, Maryanna, was born on 1969!

If you are keen to combine wine tasting and animal watching, it doesn’t get much better than Vredenheim Wildlife & Winery. The current owners of Vredenheim – one of the oldest wine estates in the Stellenbosch region – were formerly game farmers in KwaZulu-Natal. The estate is now home to an impressive array of game, including blouwildebeest, springbok, eland, oryx, and zebra, as well as the Big Cats Park.

The Big Cats Park serves a different function to the Drakenstein Lion Park and offers up slightly more variety – you can expect to see brown lions, white lions, caracal, a cheetah, a leopard, and two Bengal tigers. Fenced enclosures and viewing decks allow you to safely observe the cats up close.

Address: On the R310/ Baden Powell Road outside Stellenbosch. 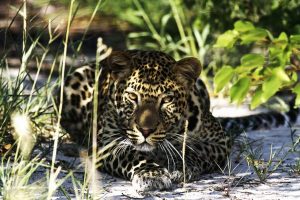 For a slightly more authentic experience – albeit one that might not actually include any leopard sightings – you can spend the day with Cape Leopard Trust researchers as they monitor the elusive Cape Mountain Leopard.  You’ll spend the day finding leopard feeding sites and checking camera traps. Along the way, you’ll learn how to recognize leopard spoor and spot the tracks and signs of a variety of other animals. It’s not exactly a walk in the park (think: mountain!), so be prepared to be exhausted by the end of the day.

Admission: Research days are scheduled on request and cost R750 ($67) per person.

You’ll find one of Africa’s most dangerous predators – the Nile Crocodile – at Le Bonheur Croc Farm. To be a little more specific, you’ll find over a thousand of the prehistoric reptiles lounging in the sun. Nile Crocodiles, which can grow up to five meters long and weigh 900 pounds, kill hundreds of Africans every year. At the farm, you’ll be given an informative presentation, get to hold a baby croc, and take a tour of the open dams via ramp-ways. During the summer months, you might also get to witness a feeding frenzy.

If you are feeling adventurous, sample the homemade croc pies at the farm’s café, or buy an item made from Nile Crocodile leather at the gift shop. You can also do some catch-and-release fishing at the farm dam, which is well stocked with Bass, Tilapia and, thankfully, not crocodile.

Eagle Encounters at the Spier Wine Farm is the largest raptor rehabilitation and education center in South Africa. The center, which was founded in 2001 by Hank and Tracy Chalmers, rescues poisoned, injured or abused birds and rehabilitates them. Only hand-reared birds are kept for educational purposes; the rest are released into the wild once they have been rehabilitated.

Visit the weathering area where the birds live; experience a personal interaction with an African Wood Owl or a dancing Barn Owl; and watch and participate in a falconry display with a selection of eagles, owls, kites, buzzards, hawks and falcons. The center is also home to an assortment of reptiles, including a Bearded Dragon and a Red-tailed Boa Constrictor, and an affable porcupine. 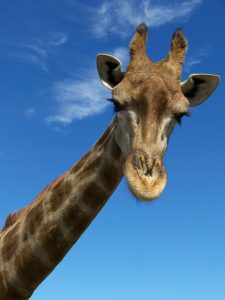 The name of this wildlife and awareness center is a little misleading because the Giraffe House is only home to one giraffe, a sociable creature called Gerry. However, you won’t be disappointed by the array of other mammals, reptiles and birds. Fulfilling its mandate as an awareness center, the Giraffe House provides easy access to South African wildlife (including springbok, eland and duiker) and birdlife (including the national bird, the blue crane).

This is a particularly child-friendly destination — the entrance fee includes a bucket of animal feed that facilitates encounters with the animals, and kids can handle a variety of terrifying creatures such as tarantulas and pythons during the interactive shows.