On this day in 1918, Rolihlahla Nelson Dalibhunga Mandela came into the world. He was a student, protestor, lawyer, a prisoner, and a leader. Today on Mandela Day, and every day, we celebrate his legacy of freedom and resistance against oppression. 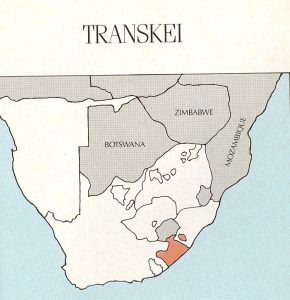 The Man is Born

Rolihlahla Mandela was born in the village of Mvezo, located in the Transkei region, an area which would eventually become a South African government-administered Bantustan designated for Xhosa-speaking people. Born into the Madiba clan on July 18, 1918 to his father Nkosi Mphakanyiswa Gadla Mandela, principal counselor to the monarch, and his mother Nonqaphi Nosekeni, Gadla’s third wife (he was a polygamist). 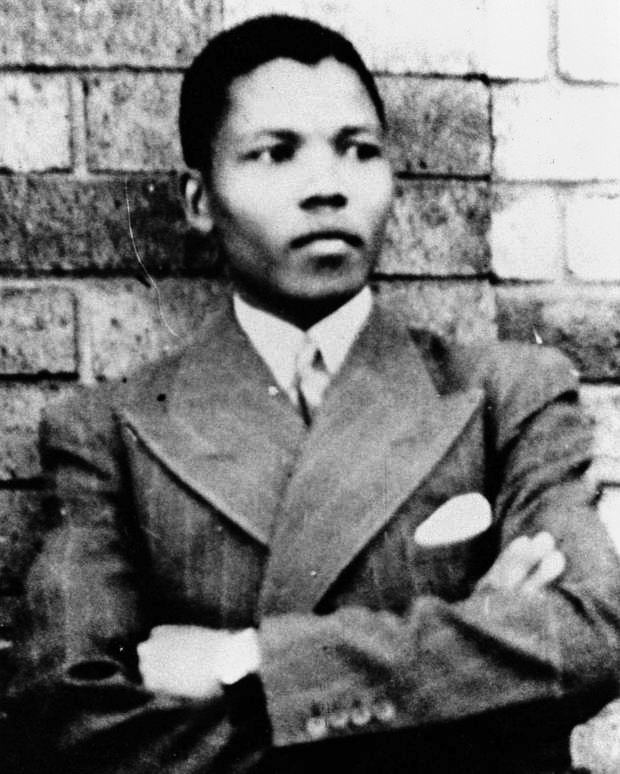 Near the small village of Qunu in 1925, Rolihlahla (which means “troublemaker” in colloquial Xhosa) began his primary schooling. His teacher, Miss Mdingane, rolled with the recent tradition that all pupils have a “Christian” name. She therefore endowed Rolihlahla with the moniker which would be his forever: Nelson. 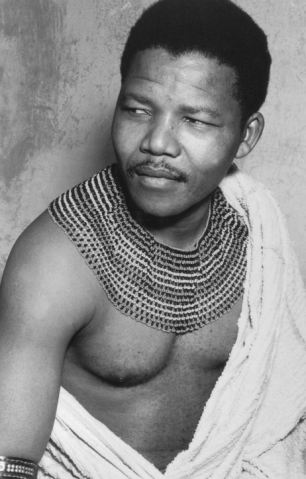 The First Signs of a Revolutionary

Nelson attended the University College of Fort Hare in the town of Alice in 1939 for a Bachelor of Arts degree, but after joining a protest boycott with fellow students, he was suspended from the college in 1940. 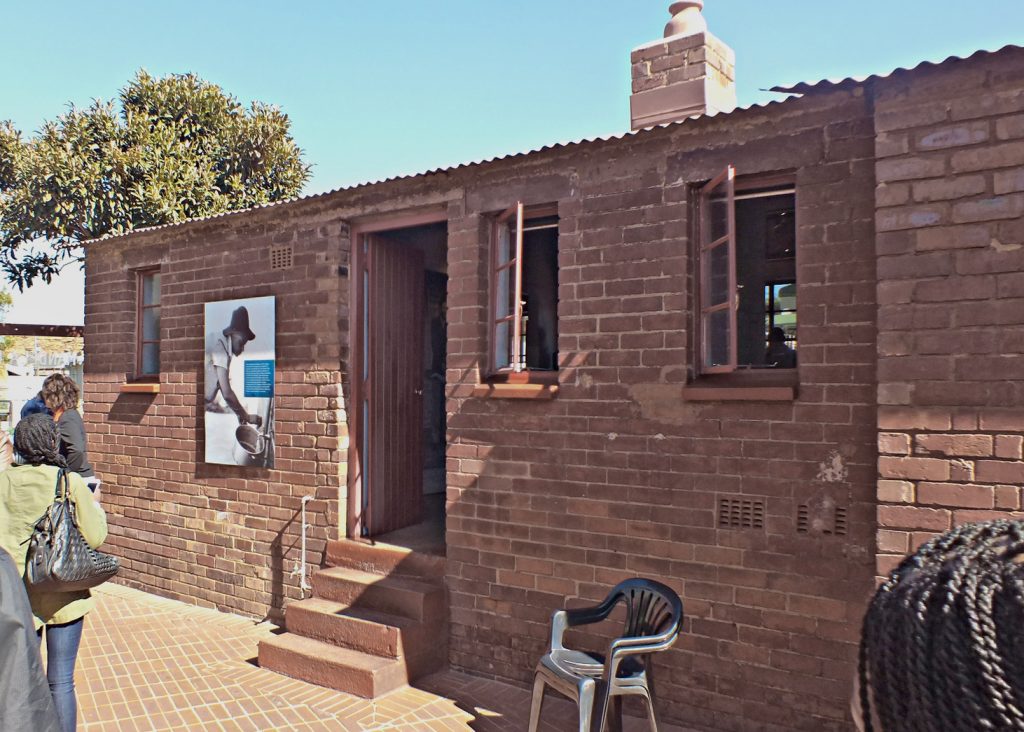 Out Into the World

Mandela returned briefly to his homeland, but the King declared that he would be set up in an arranged marriage if he didn’t return to Fort Hare. Nelson fled to Johannesburg, working as a mine security officer. With the help of new friend Walter Sisulu, an estate agent, Mandela became a trainee lawyer, and soon after completed his BA at University of South Africa. Following, he began studying for his Bachelor of Laws Degree at University of Witwatersrand. 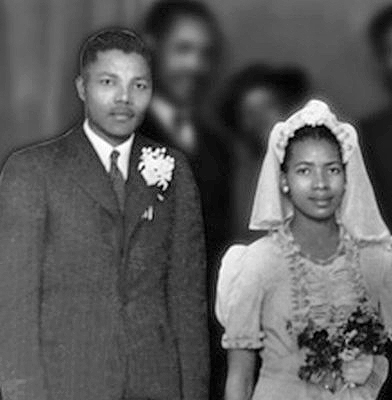 The African National Congress was a national liberation movement formed in 1912 as a response to racism and burgeoning apartheid in South Africa, a solid united front of Africans struggling against the white majority rule. Mandela joined the A.N.C. in 1944. Together with members like Sisulu, Oliver Tambo, and William Nkomo, Nelson created the African National Congress Youth League (ANCYL). That same year, he married Evelyn Mase, the mother of his subsequent four children, one of whom was a daughter who died shortly after birth. 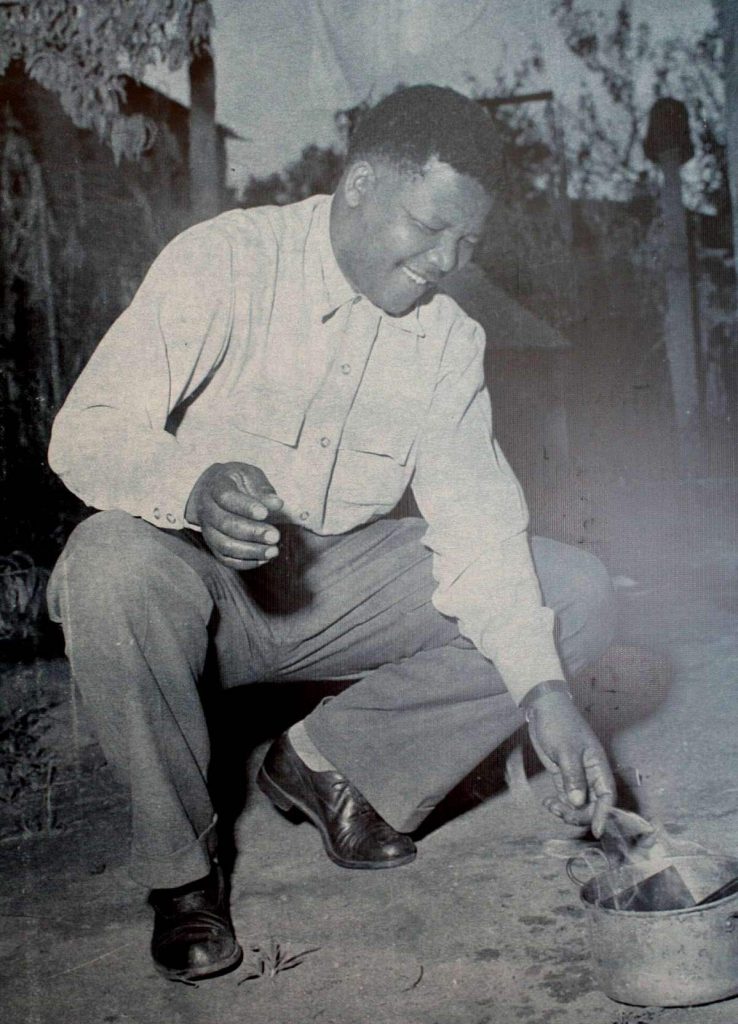 The ANC began its Campaign for the Defiance of Unjust Laws in 1952, and Mandela was made the National Volunteer-in-Chief. A powerful civil disobedience campaign against laws made for only black Africans which grew in numbers of supporters rapidly — it landed Mandela, Sisulu, and 18 others a sentencing of nine months of hard labor, charged under the Suppression of Communism Act. 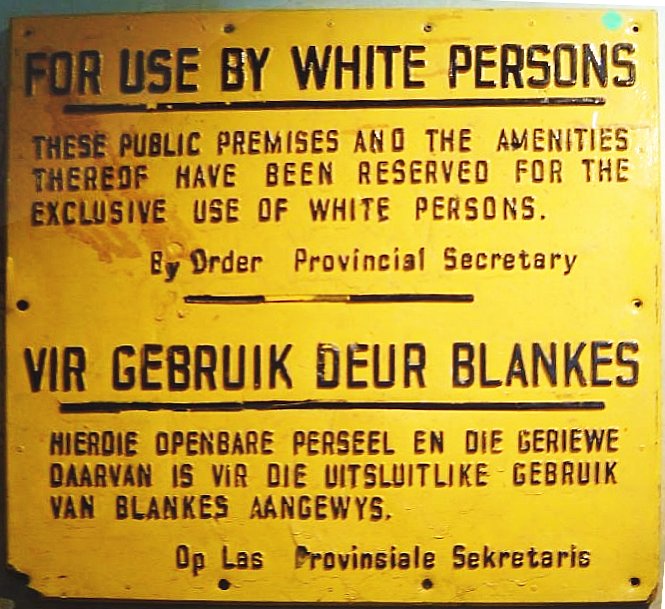 A Career Milestone, and Apartheid

Along with Oliver Tambo, Mandela opened South Africa’s first black law firm in central Johannesburg in August of 1952. This was coupled with the duo’s fierce campaigning against the officially-implemented apartheid system, a means of suppressing and segregating the underprivileged black majority communities of South Africa from the ruling, privileged minority European Afrikaners, the racist and oppressive policies which were integrated into society in 1948 by the all-white National Party. 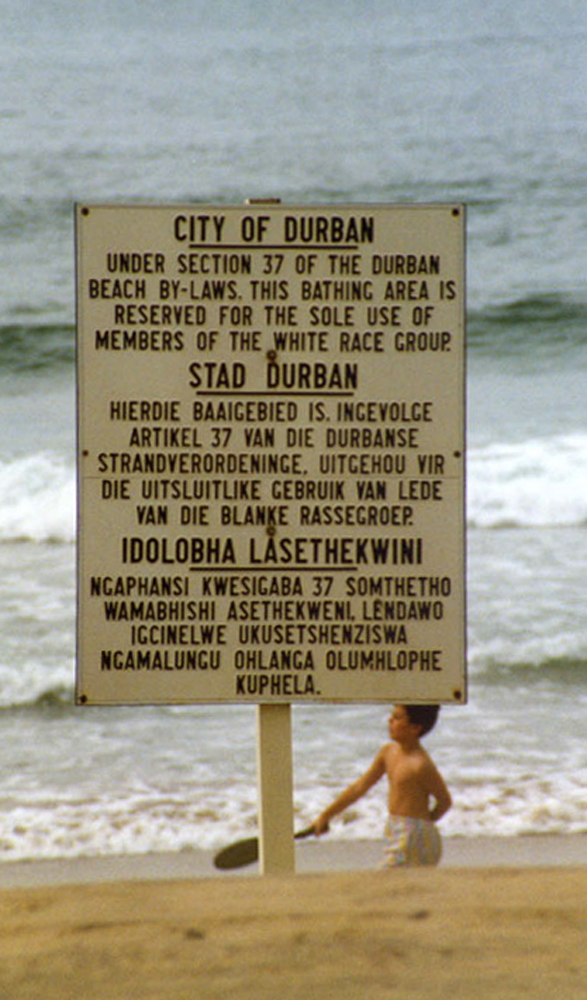 The Fight for Justice

The new Pass Laws required that all blacks carry identification which denoted where they were allowed to live, work, and travel. In 1953, Mandela was banned from crowds of people, so he watched his partners in solidarity rouse even bigger anti-apartheid crowds. The Freedom Charter was established in Kliptown in 1955, spearheaded by the South African Congress Alliance (the ANC, the South African Indian Congress, the South African Congress of Democrats, and the Coloured People’s Congress), demanding fervently equal rights for all in the country. 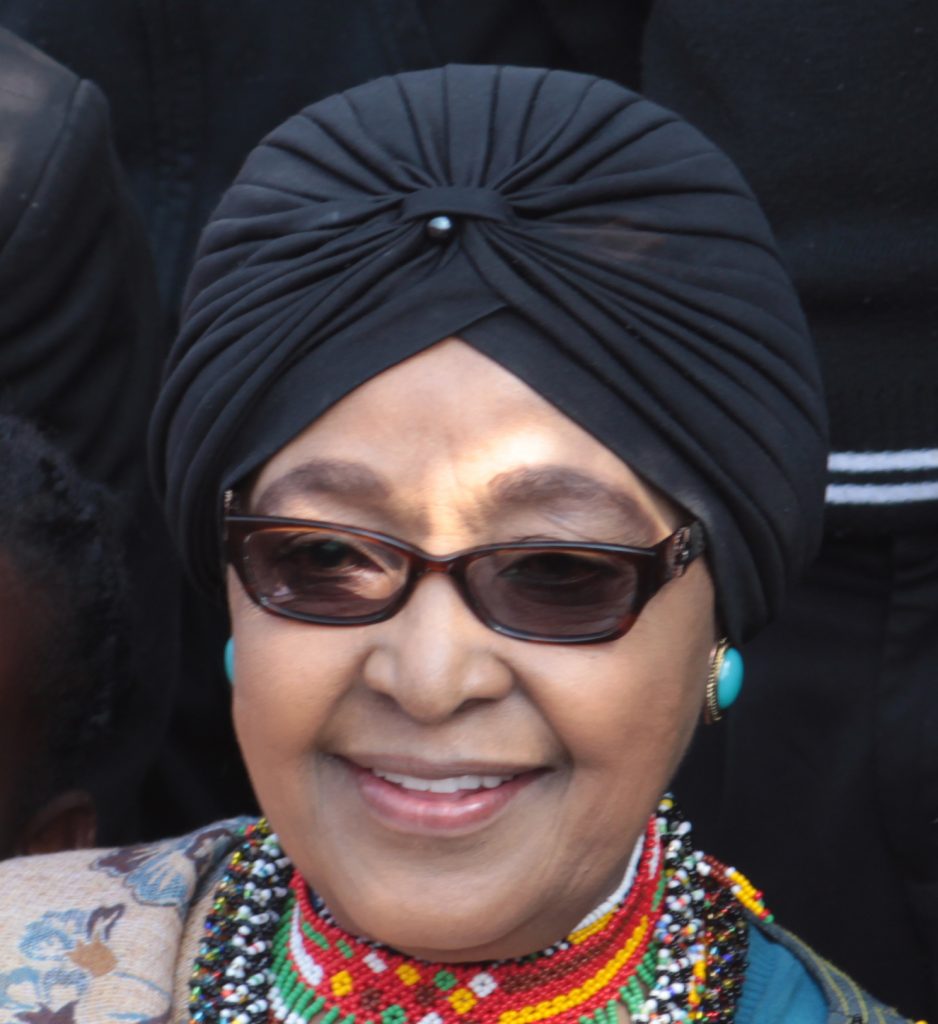 Spotted at a bus stop in Soweto in 1957 was Nomzamo Winifred Zanyiwe Madikizela, who the young Nelson Mandela asked out on a date. The following year, she became Winnie Mandela, when Mandela was freshly divorced from Evelyn. The road which lay ahead became a political battleground for both Nelson and Winnie, who would eventually become a fierce activist herself and head the ANC’s Women’s League. The couple divorced in 1996. 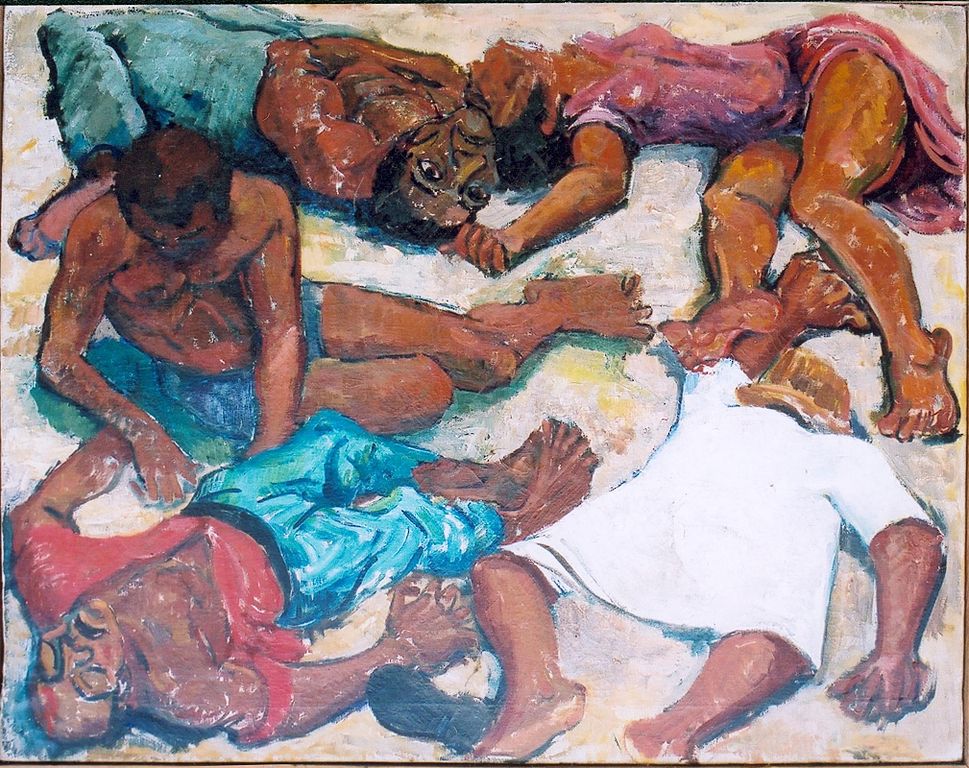 The Treason Trial and Sharpeville

Arrested in 1955, Mandela, then National Vice President of the ANC, was charged with High Treason along with 156 others, after a countrywide mass apprehension. The 1956 Treason Trial lasted for four grueling years, and in 1961 all charges were dropped. On March 21, 1960, there was a turning point: 69 unarmed black South Africans protesting the Pass Laws were shot dead in the town of Sharpeville. A state of emergency was declared, and peaceful resistance was over. 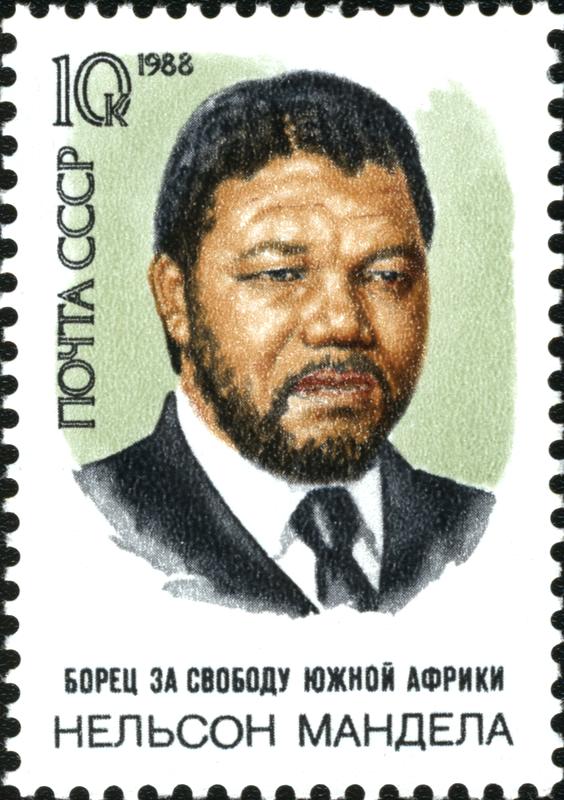 ANC Underground and the Big Arrest

After the Sharpeville Massacre, the ANC was outlawed, and the Congress went underground after other harsh measures — including detention without trial — were introduced by the State. Mandela embodied the now-belief that armed struggle was the only option, and established Umkhonto weSizwe (Spear of the Nation, abbreviated M.K.), which carried out a series of bomb attacks on government targets. Leaving the country to encourage support and receive guerrilla training in Morocco and Ethiopia, Mandela was arrested upon his return. 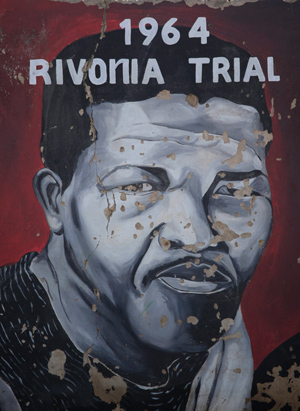 Initially charged with incitement and exiting the country illegally, he was sentenced to five years in prison. After the MK headquarters in Rivonia were discovered, Mandela and 10 others were charged with sabotage and attempting to overthrow the government. During the torturous eight months of trial where Nelson faced a possible death penalty, he gave a statement which is now known as one of the most famous and powerful in apartheid resistance history. The entire “Speech from the Dock” can be read here. 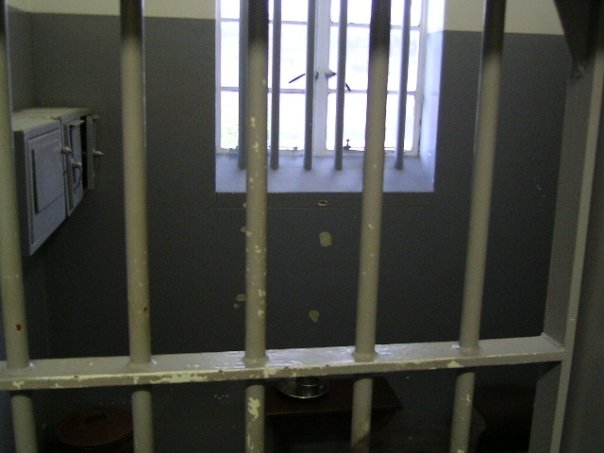 On June 11, 1964, Mandela and seven others were sentenced to life in prison, and Nelson was flown to Robben Island. For 18 years, he lived in a seven foot-squared cell without reading materials, often thrown into solitary confinement. Nelson Mandela was Prisoner 46664. In 1982, he was transferred to Pollsmoor Prison in Cape Town. It was there when he began to hold discussions about the future with the apartheid government. 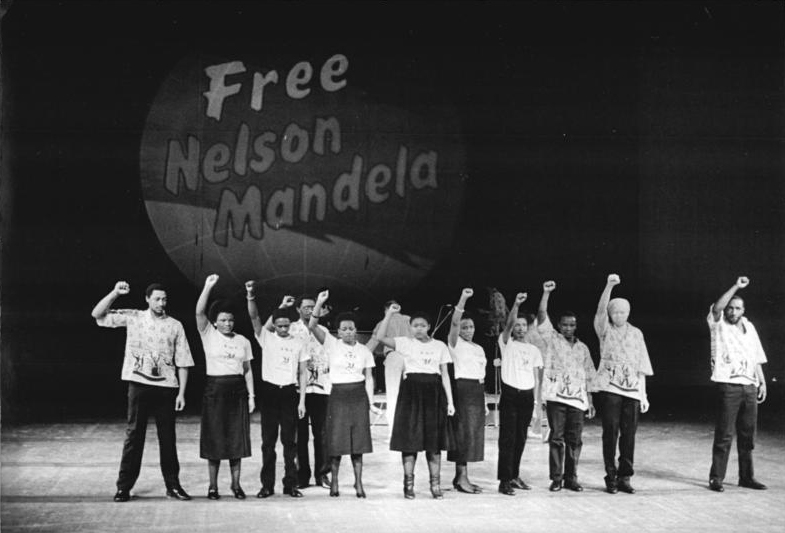 Internationally, the outcry against the brutal apartheid regime was quickening, especially with the charge that Nelson Mandela should be released from unjust imprisonment. The ANC, registered as a terrorist organization by South Africa and the United States, began pushing hard, still from their subterranean operating position. In 1990, President FW de Klerk unbanned the ANC, and on February 11, 1990, Nelson Mandela was a free man. 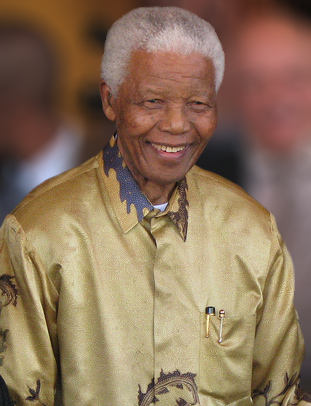 Mandela was inaugurated President of South Africa on May 10, 1994, after being chosen in the country’s first-ever democratic elections. The prior year, he and de Klerk had been jointly awarded the Nobel Peace Prize. Unending, tireless efforts to spread peace and goodwill around the planet were at the front of his presidential career, including establishing The Elders, a group of older world leaders bent on tackling issues of humanity. On December 5, 2013, Rolihlahla Nelson Dalibhunga Mandela — Madiba to his Xhosa clan — died in his Houghton Estate home at the age of 95.