We’ve seen it in plenty of action movies — a highly-skilled robber will sneak his way into a museum and walk out with millions of dollars worth in art or jewelry. Unfortunately, this scene doesn’t only exist in films, but but happens a troubling amount in the real world. While some paintings have thankfully been returned, some are not as fortunate and still remain missing. Here are 15 paintings that have been stolen and have yet to be recovered. 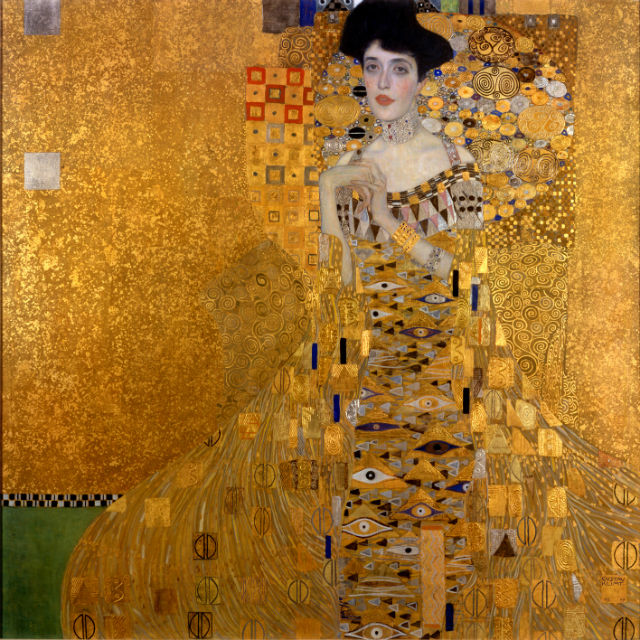 When Adele Bloch-Bauer passed away, her dying wish was to have her $300 million painting donated to the the Austrian State Gallery in 1925. Unfortunately, when Nazis took over Austria, Klimt’s painting was confiscated and it wasn’t until after the fall of the Nazis that Adele’s nieces and nephews were able to retrieve the painting back into the family.

In 1990, a gang of thieves disguised as police officers stormed into the Isabella Stewart Gardner museum and stole this famous Rembrandt painting along with 12 other pieces (making this one of the biggest art heists in history). Today, the whereabouts of this painting are still unknown. 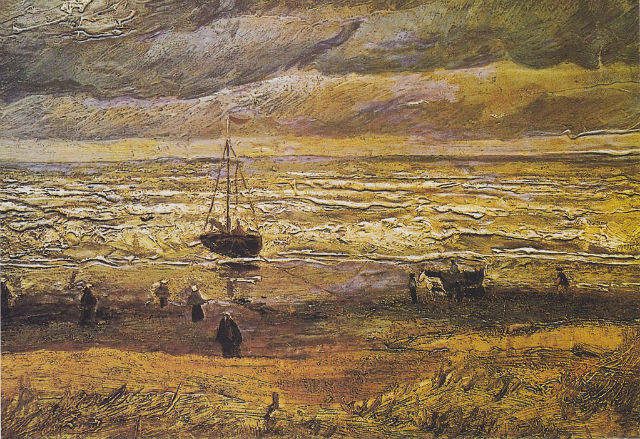 3. Vincent Van Gogh’s “View of the Sea at Scheveningen”

This painting was stolen twice. In 1991, after two robbers pilfered this painting, they returned it after failing to find buyers. In 2002, another robbery was successful and this painting has been missing ever since. 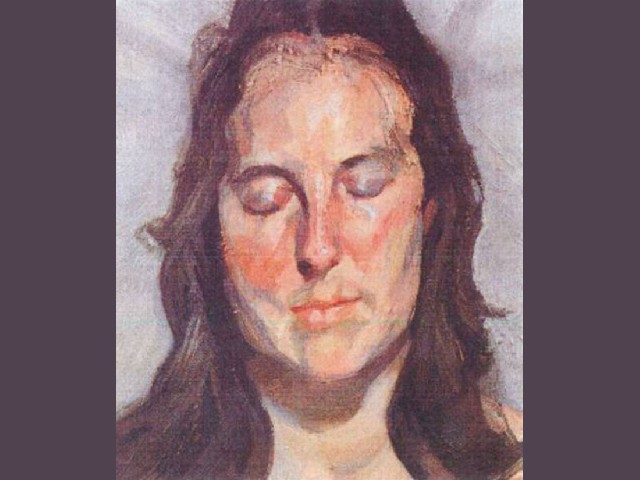 The grandson of Sigmund Freud, Lucien’s painting was among the stolen arts from the infamous Kunsthal robbery in Rotterdam, Netherlands. It’s believed that a mother of one of the thieves was so horrified by her son’s actions that she burned all of the paintings to protect him. She denied the claim in court but evidence of burnt pieces of the famous artwork were found in her fireplace. 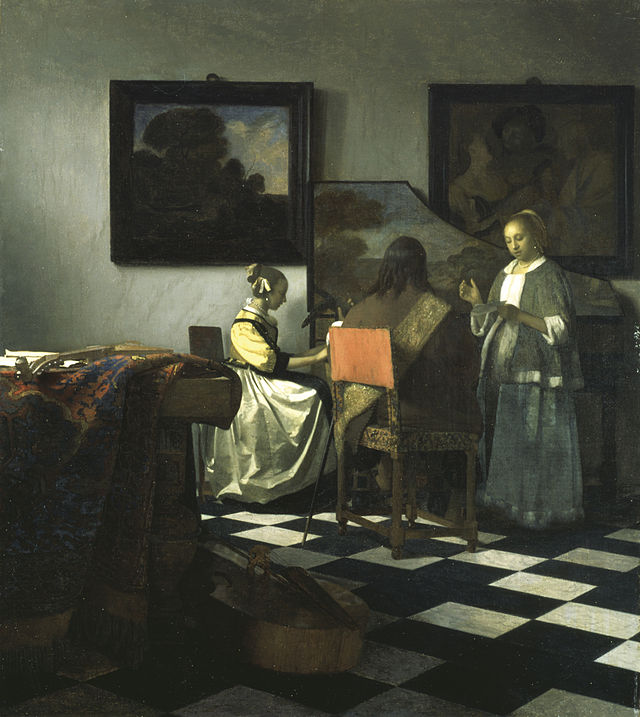 Along with Rembrandt’s painting, Vermeer’s “The Concert” piece was stolen at the Isabella Stewart Gardner museum in Boston. Valued at over $200 million dollars, a reward of $5 million is offered for any information that can lead to finding the stolen artwork — so get to searching! 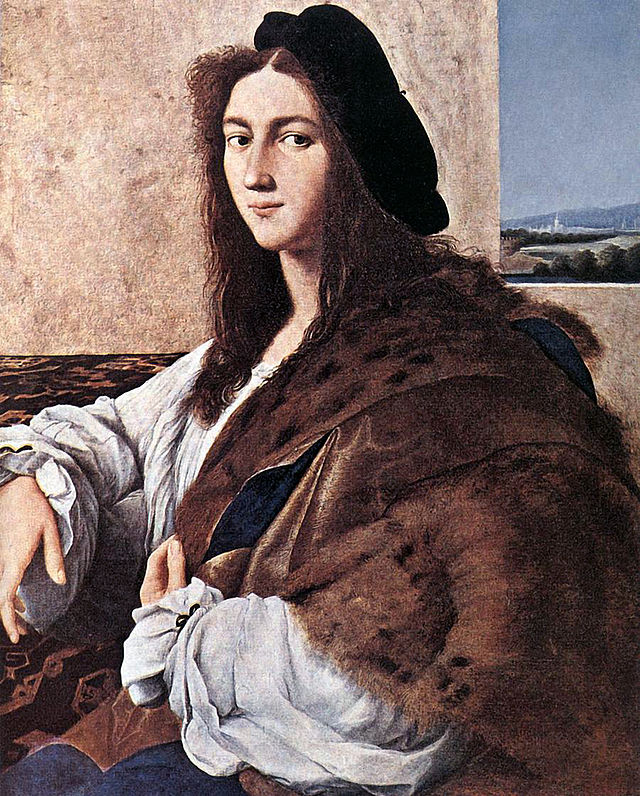 Like Klimt’s, Raphael’s painting was confiscated by the Nazis in Poland and once was in the private art collection of Adolph Hitler. It has never been resurfaced since then.  If found, the painting will be worth around $100 million. 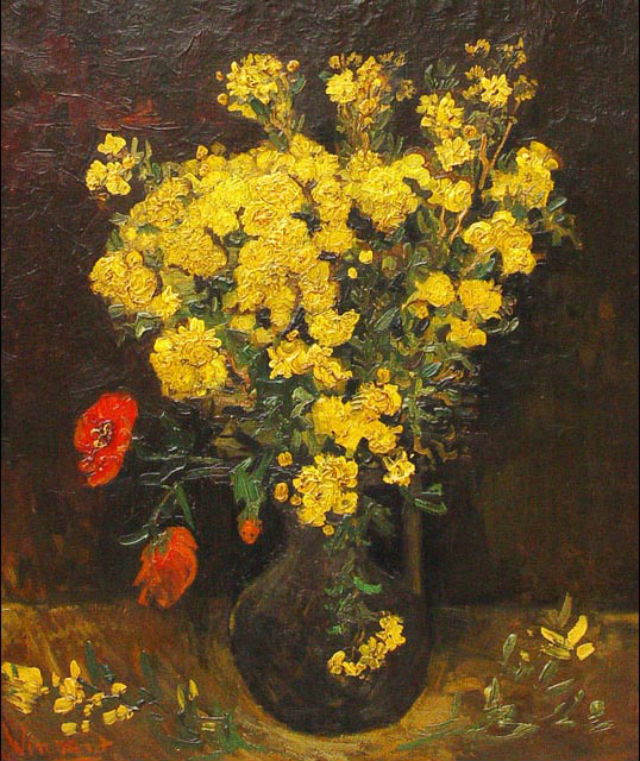 Believing this painting was only painted three years prior to Van Gogh’s suicide, “Poppy Flowers” was stolen in Cairo in 2010. Today, there is a reward for $175,000 for anyone who can return the painting back to its rightful owners. 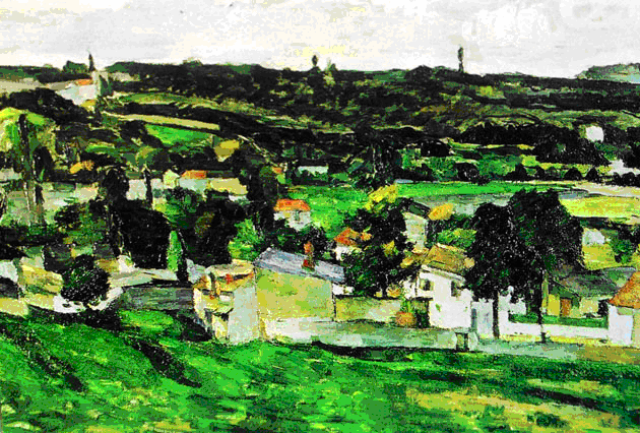 This unsigned and unfinished painting was looted in 1999 by a band of thieves.  It has never been recovered. 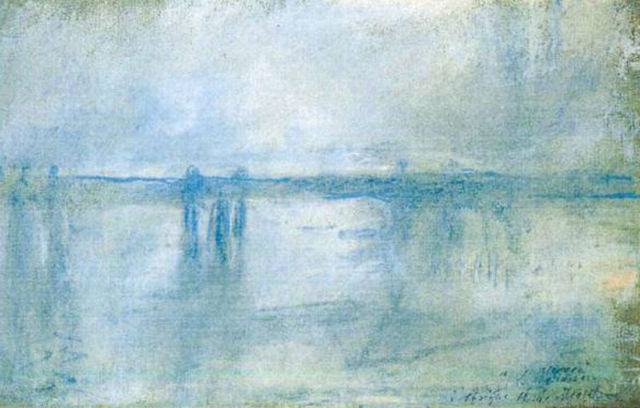 Monet was among the stolen paintings from the Kunsthal’s art theft and its remains were found incinerated. 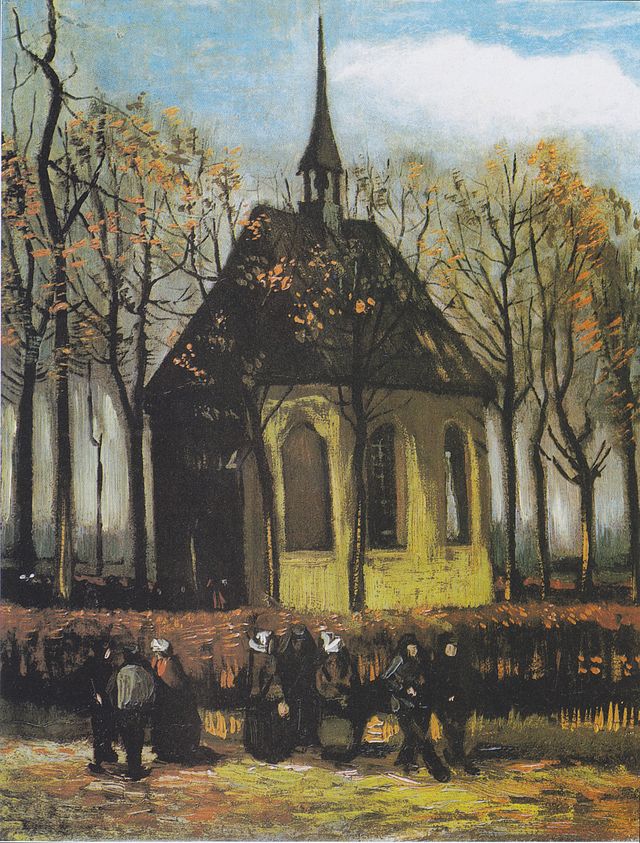 It is reputed that Van Gogh painted this for his very religious parents and was among the several paintings that was stolen at the Van Gogh Museum in 2002. It’s worth $133,000 if the painting ever resurfaces. 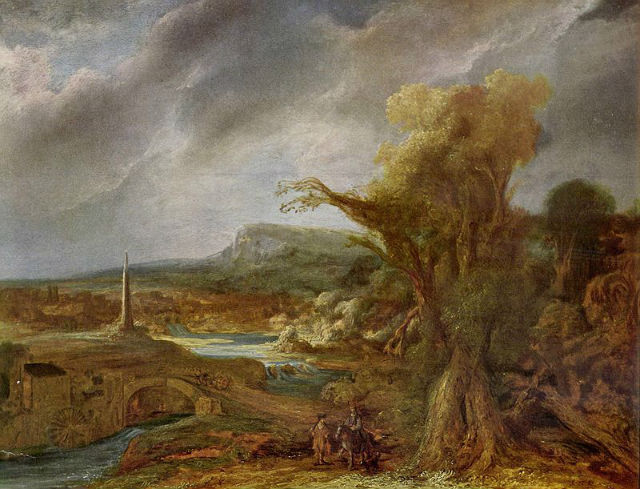 Last seen in Boston, the Isabella Stewart Gardner museum lost this revered painting in the heist of 1990. There is a $5 million dollar reward for the return of this lost painting. 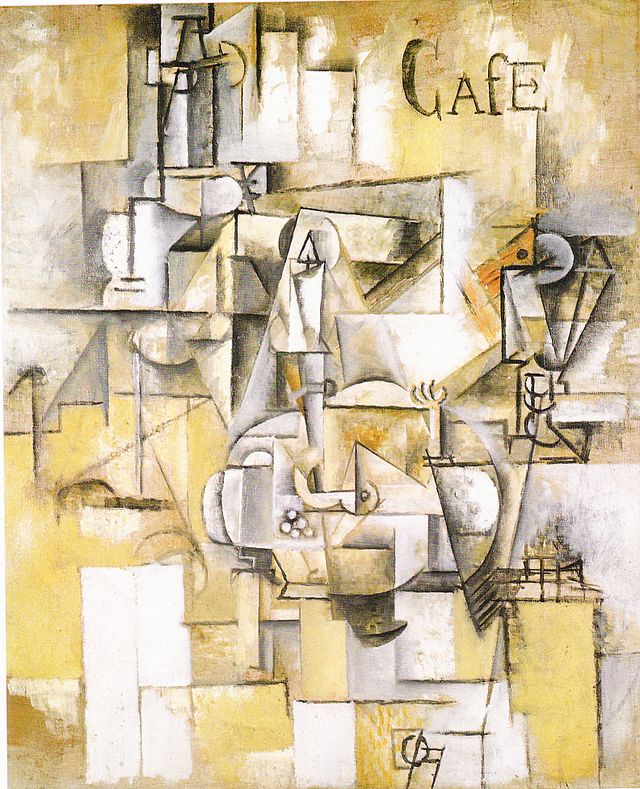 This $100 million painting  was stolen in 2010, the thieves were later caught and arrested, but the painting’s whereabouts still remain unknown. 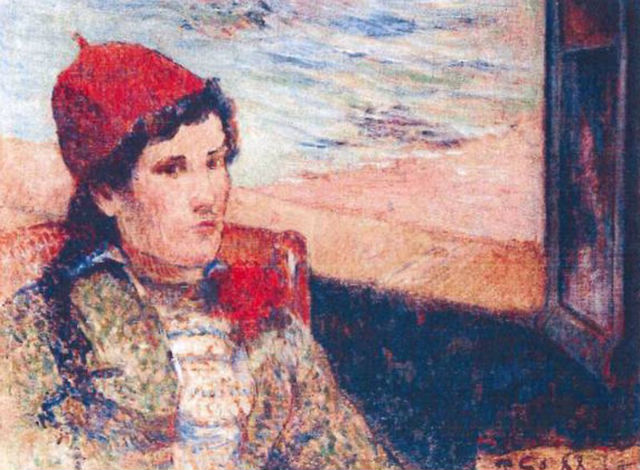 This Gauguin painting is among the missing from the Kunsthal theft and is presumed to also be burnt to ashes. 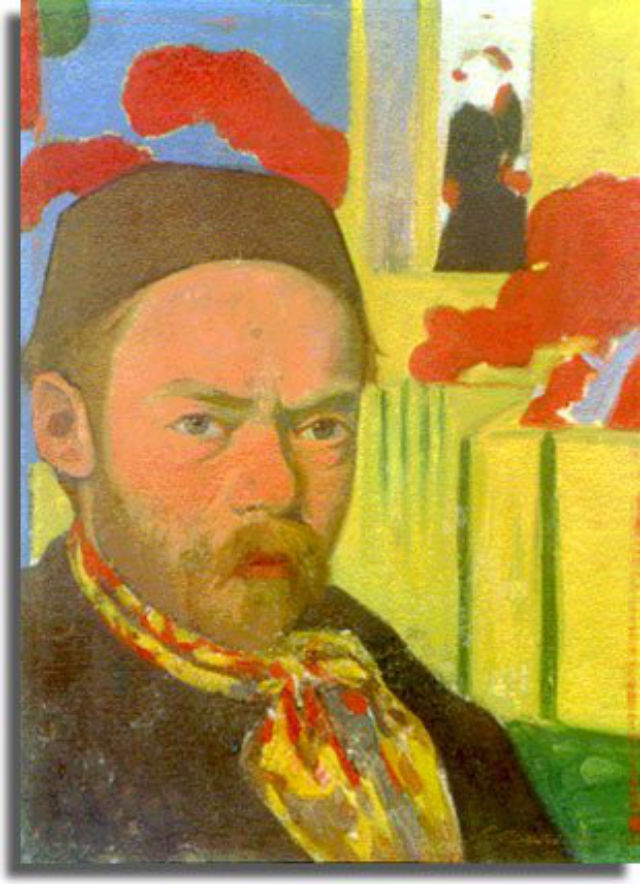 This lesser known Dutch painter is still very valuable and held in high regards. So when his painting was looted in the Kunsthal robbery, it was considered a great loss to the art community. 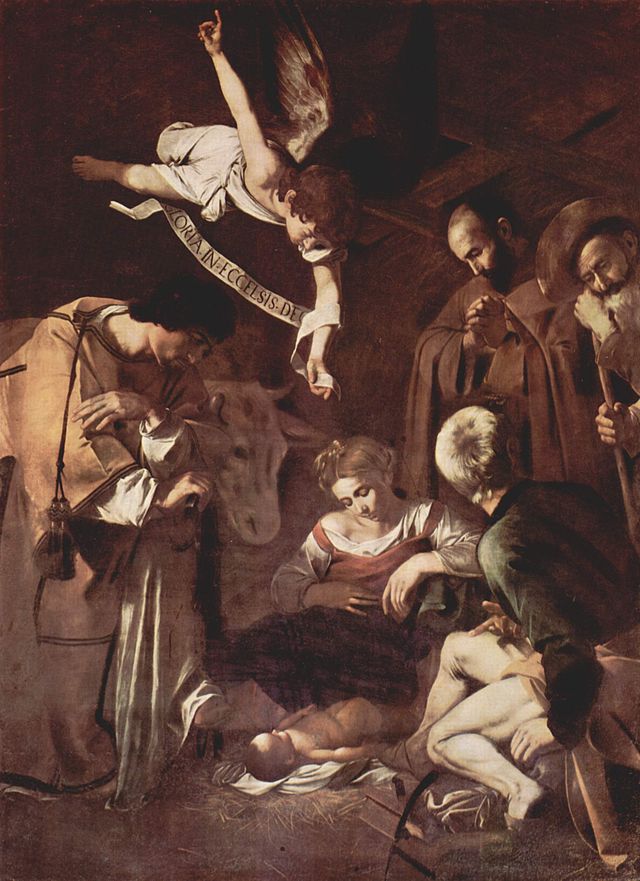 In 1969, this iconic Caravaggio painting was stolen from a Cathedral in Palermo, Sicily. It’s suspected that a local mafia was responsible for the theft and was passed around in multiple crime bosses’ possessions.