The capital and largest city in Ethiopia, Addis Ababa is Amharic for “beautiful flower.” A diverse and sprawling city, it is the ideal place to really learn about the fascinating history of Ethiopia, the only uncolonized country in Africa. Allow us to guide you through amazing Addis; here are 15 cultural and historical sites you can’t miss when you visit. 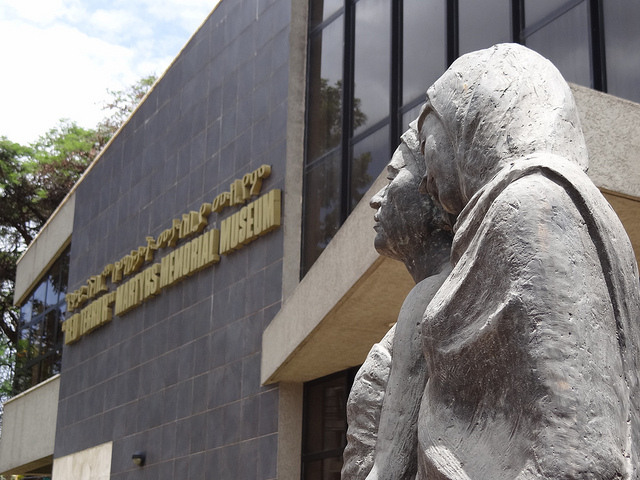 Often ranked as the top site in Addis Ababa by visitors, the Red Terror Museum focuses on the communist military regime colloquially known as “The Derg” that held power from 1974 – 1987. During its years in power, it deposed Emporer Haile Selassie, imprisoned, tortured, and executed tens of thousands without trial, and was the main cause of the Ethiopian Civil War in the late 70s. A sobering reminder of Ethiopia’s dark past, the museum is located on Meksel Square, one of the main gathering points for festivals and demonstrations. 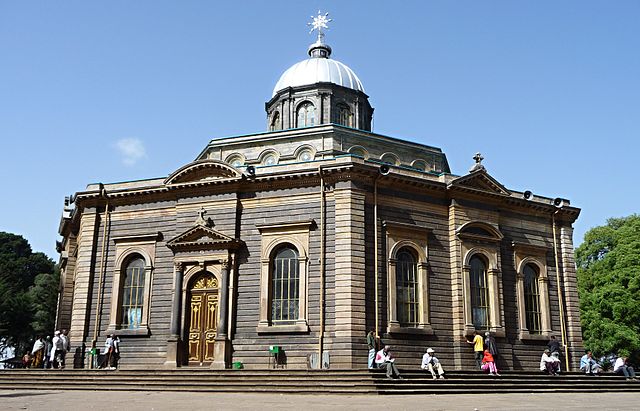 Constructed in 1896 to commemorate Ethiopia’s victory against invading Italian forces, St. George’s is one of Ethiopia’s most impressive and grand churches. Orthodox frescoes and mosaics decorate the inside and it has a markedly different feel than most Western churches naturally. Hire a guide for a few dozen Birr (couple dollars) and visit the adjoining museum to see ceremonial clothing, centuries-old manuscripts, and relics. Built by Emperor Haile Selassie in 1961, the Italian-designed Africa Hall is home to the United Nations Economic Commission for Africa and also houses most UN offices in the country. The Organization for African Unity which was the precursor to the African Union was also founded here. While the site is more interesting for history or architecture buffs, there is an enormous stained glass mural by artist Afewerk Tekle, one of the largest in the world. Call ahead as visits are by appointment only. On the upside, they’re free!

Tibs. Kibda. Lentils. Curries. Wats. Injera, oh the Injera! If you’ve ever had Ethiopian food before, your mouth is likely already watering like ours. If not, you are in for a treat! Ethiopia has what many argue is the best and most unique cuisine in Africa, and you’ll find Ethiopian restaurants all over the world thanks to the large diaspora. Addis Eats is a local tour operator that takes visitors on a walking tour stopping at many restaurants while also giving historical and cultural insight. One of the best ways to learn about the city – eat your way through it! 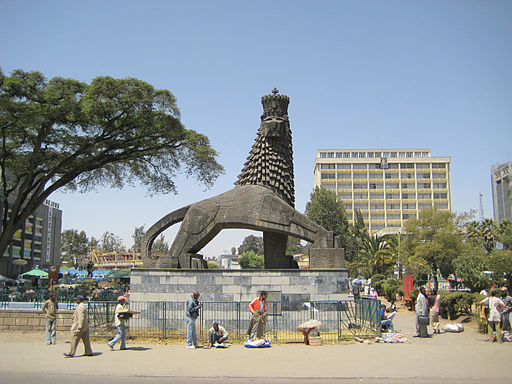 Unlike many larger African cities, the monuments scattered around Addis Ababa are actually interesting and worth a visit. The Derg monument, Yekatit 12 obelisk, and multiple Lions of Judah are just a few commemorating the history, culture, and independence of Ethiopia throughout its long and fabled history. The Ethnological Museum is one of the best in Africa, let alone the region. Ethiopia is home to dozens of ethnic groups and cultures. This museum provides an excellent primer on Ethiopia’s rich cultural heritage and history. Supplemented by great exhibitions on Ethiopia’s Orthodox Christianity, the highlight is being able to tour the former bedroom of Emperor Haile Selassie. How many emperor’s bedrooms have you been able to visit in other countries? 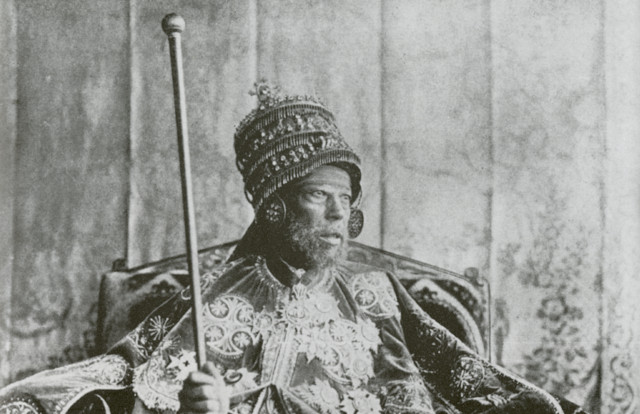 Formerly the seat of Ethiopia’s emperors, the Imperial Palace now houses Ethiopia’s Parliament. Besides the royal residences, the complex has churches and Shengo Hall, which was the largest pre-fabricated building in the world when constructed in Finland during the Derg’s regime. 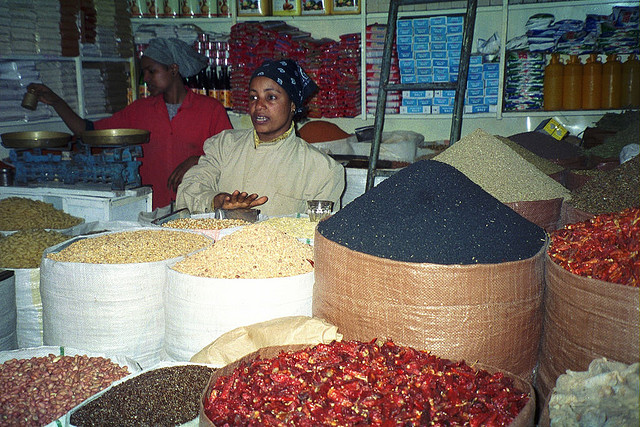 The Addis Mercato (Italian for market) is the largest outdoor market in the entire world. Like most markets, you can find everything including the kitchen sink here, from food to live produce, household items to textiles, and endless souvenirs and handicrafts. Bring your A-game as Ethiopians bargain hard — keep a close eye and grip on your belongings as there tends to be sticky fingers in such a crowded and bustling place! The largest mosque in the capital, the Grand Anwar Mosque is the main religious center for Muslims in and around Addis Ababa. One of the largest mosques in Ethiopia, it can hold thousands of worshipers at a time. Located adjacent to the Mercato, make sure you respectfully cover yourself if you visit. 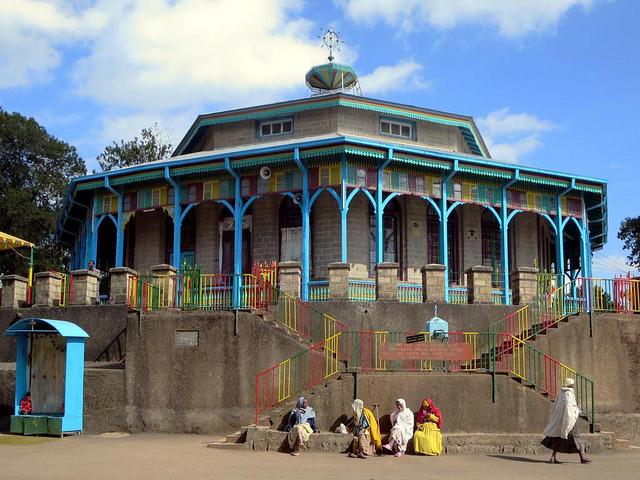 Over 3,000 meters high (more than 9,000 ft), Entoto Mountain offers the best views of sprawling Addis Ababa. Home to Menelik’s palace, you’ll also find Entoto Maryam Cathedral (St. Mary’s Church) which is worth a visit. Shiro Meda Market is located here which is a great alternative to the chaos of the Mercato. The Beza Entoto Workshop is also located here, a local NGO and co-op of artisans making amazing handicrafts. Shop with confidence knowing that your purchases will go directly to the artisans and they’ll make a fair wage for their work.

St. George’s Cathedral is the most well known church in Addis, but the Holy Trinity is the most sacred Ethiopian Orthodox church in the city, second only to the churches of Lalibela. Feeling far more ancient, you’ll feel Ethiopian history seeping into you and be able to view an impressive array of religious relics in the adjoining museum. If you ask a priest, it is also possible to view Emperor Selassie’s tomb which is also located here. 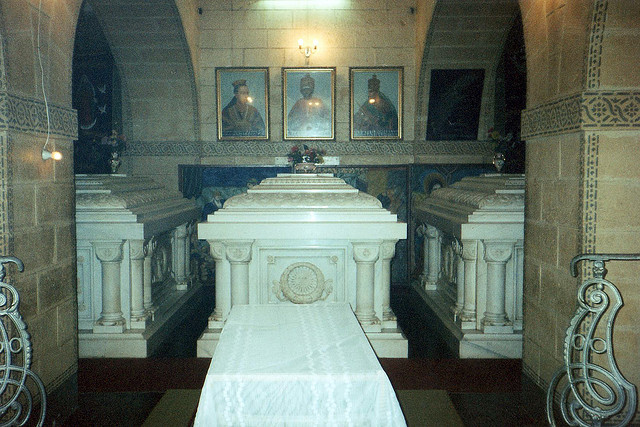 Situated within the church of Kiddist Marya next to the Kidane Mihret church, you’ll discover the Mausoleum of Emperor Menelik II. There is ample opportunity to learn about the history of modern Ethiopia here as Menelik II abolished slavery, defeated Italian colonialists, founded Addis Ababa, and modernized the country by introducing electricity, telephones, schools, hospitals, and the railroad. 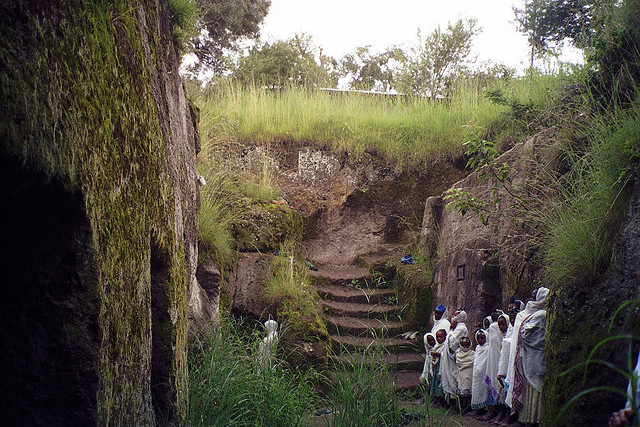 The rock hewn church of Adadi Mariam is the southernmost example of Ethiopian architecture from the Zagwe dynasty which evolved from the northern Axumite style. A good precursor if you’re planning on visiting Lalibela, the 15th century ruins are located 100 kilometers (60 miles) south of the city and a great half day excursion. 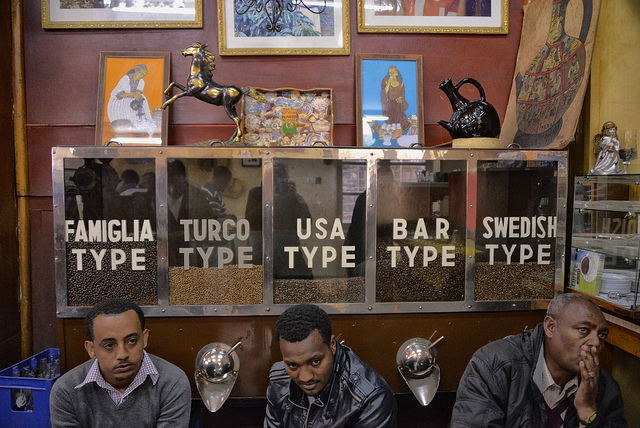 Tomoca is a famous Italian café in the Piazza area of the city. The art deco décor will make you feel like you stepped into the heart of Italy a century ago. Many consider the coffee here to be the best in the capital and the beans roasted on sight can be smelled from down the block. A great way to relax and get that midday pick me up so desperately needed after such a hectic schedule of sightseeing! 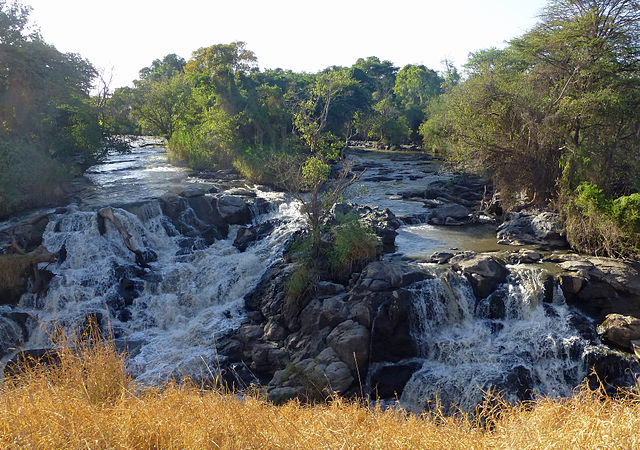 Awash National Park is located about 200 kilometers (120 miles) east of Addis Ababa and the best way to get back to nature for a day. Covered in acacia forest and grassland, the Awash River flows through the middle with small falls and rapids. Antelopes, warthogs, Dik diks, and baboons can all be found within its borders.

This article was originally published on December 1, 2014.