Because the Cape Winelands has so much to offer, it is easy to miss out on some worthy activities. It is literally impossible to partake in everything the Winelands have going on.

But the following six festivals are must-try events. They bring together the region’s best wineries, farms, artisans, and chefs. And of course there is wine — gallons of it! 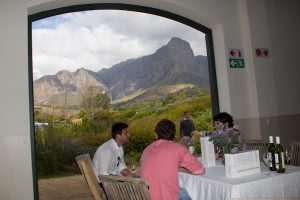 Although this festival is ostensibly about winemakers in the region showing off their finest new releases, there is far more to the uncorked festival than wine. Participating wineries lay out their best spreads, so you can expect plenty of good food, live local music at most venues, unusual food-and-wine pairings and the occasional quirky competition. For the serious wine enthusiast, this is a great time to stock up your cellar: all of the participating wineries offer specials – such as ‘buy five bottles and get the sixth one free’ – that are only valid for the weekend.

Where: Spread out across 21 wineries in the Franschhoek Valley

Tickets: An Uncorked Weekend Pass (R120 /$11.25) will get you a complimentary tasting glass and free tastings at participating wineries for the weekend. 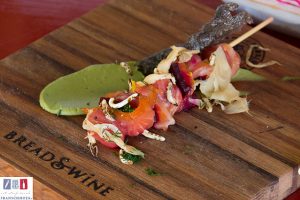 The Magic of Bubbles Cap Classique and Champagne Festival

You might not need an excuse to spend an entire day sipping champagne, but who doesn’t like one? This celebration of all things bubbly gives you the opportunity to taste some of the best Méthode Cap Classique (MCC) South Africa has to offer as well as a variety of imported champagnes. With 42 MCC producers and nine champagne producers to choose from, you’ll be spoilt for choice. Because it’s Franschhoek – arguably the culinary capital of the Cape — you can also expect some top-notch culinary fare. The festival has a different theme each year (this year: black and white, with an emphasis on panamas and parasols), so be sure to dress up!

Tickets: Buy a ticket (R200/ $18.75) for either day of the weekend. It’ll get you into the festival and comes with a complimentary tasting glass and tasting coupons. 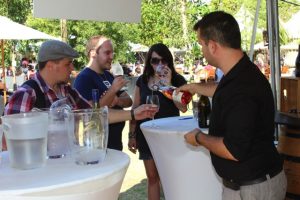 The Stellenbosch Wine Festival is a 10-day festival at the end of January that kicks off with a celebratory Harvest Parade through the streets of Stellenbosch. The main attraction of the festival is the three-day Wine Expo where 69 wine estates showcase their wines, but this is by no means the only attraction. Get your fill of the best cuisine Stellenbosch has to offer at the Harvest Street Fest, where local restaurants and wineries partner up to create a food extravaganza that will satisfy most cravings. During the festival, members of the Stellenbosch Wine Route host intimate experiences – interactive farm tours, specialty tastings, bespoke dinners – that you are unlikely to stumble across on your average visit to the Winelands; so make the most of them!

Tickets: You will need to buy separate tickets for individual events and day passes for the Wine Expo.

Paarl OmmiBerg ‘Round the Rock’ Festival

The OmmiBerg ‘Round the Rock’ Festival gives you the opportunity to taste some of Paarl’s unfiltered young wines and a selection of boutique vintages that are not readily available. The harvest celebration, which takes place over a number of venues including renowned estates such as Fairview, Nederberg, and Laborie, also has its share of fun activities: grape stomping challenges, potjiekos (a South African stew prepared over the coals in a cast iron pot) cooking competitions, and cork spitting contests. For more serious wine connoisseurs there are cellar tours and wine-blending tutorials.  Order a picnic basket from one of the restaurants, sit back, and enjoy the live music and sunshine.

Where: Spread out across 16 venues in Paarl.

Tickets: A ticket (R100/ $9.40 in 2014) covers access to all participating wineries, a complimentary tasting glass and free tastings of all young wines. 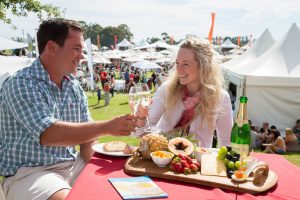 Every year tens of thousands of cheese lovers – 32 000 in 2014 – flock to the annual South African Cheese Festival to get their fromage fix. With 400 cheeses to choose from, you are certain to find something that you like. The festival, which has been around since 2002, doesn’t limit itself to cheese – you’ll also get to sample wine and other cheese-related products. You’ll want to pace yourself; luckily, diversions such as cooking shows by South African celebrity foodies, cheese-carving competitions, and live music give you plenty to do when you are not munching on a cube of cheese. Don’t forget to take along a cooler bag for all the cheese you’ll inevitably end up buying!

Tickets: You won’t be able to get a ticket (R130/$12.20 in 2014) at the gate, so make sure you buy one through Computicket before the festival. Bring your own tasting glass or buy one at the gate. 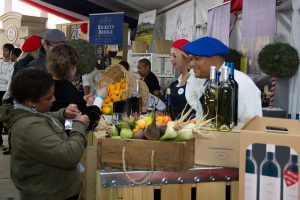 Vive la France! Vive la Franschhoek! Every year the town of Franschhoek pays tribute to its French Huguenot heritage by celebrating Bastille Day. So, don your beret and Tricolour-inspired garb and head to the quaint Winelands town for a day of merriment. In addition to the finest gourmet French fare and a copious amount of wine in the Food and Wine Marquee, you can also expect a highly-contested boules tournament, a barrel-rolling competition, a Waiters’ Race (contestants run a course with fully loaded trays), a farmers’ market, and – for those with a more athletic bent – trail running and mountain biking races. This popular festival sells out quickly, so be sure to buy your tickets in advance and arrive early on the day.