When it comes to sharks, most people will think of the malicious Great White or the gang of bullying Tiger sharks. We demonize sharks with the likes of horror flicks like “Jaws” and recoil with terror if a fin plops up above surface. Well, the shark family is tired of its bad reputation just because of a couple of lousy out-of-control cousins with big egos. These sharks have had enough of this blasphemy, here are 15 sharks that will kill you…with kindness. 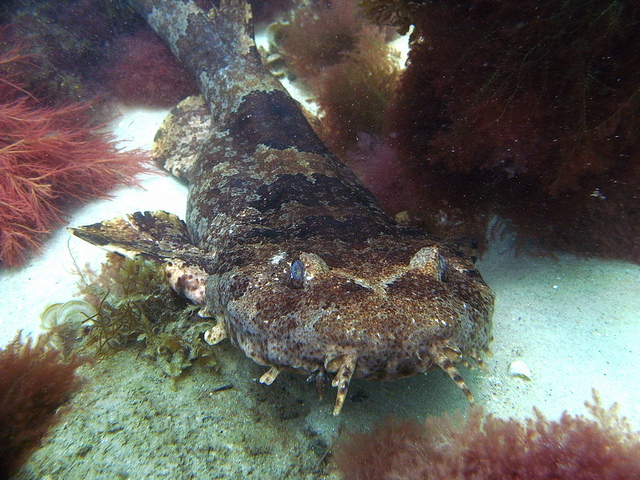 Sure he has a face only a mother could love, but he will love you back just the same. From the Aboriginal language, wobbegong means “shaggy beard” due to their growths under their chin. These shaggy sharks can be found on the bottom of the ocean’s floor scavenging for scooby snacks. 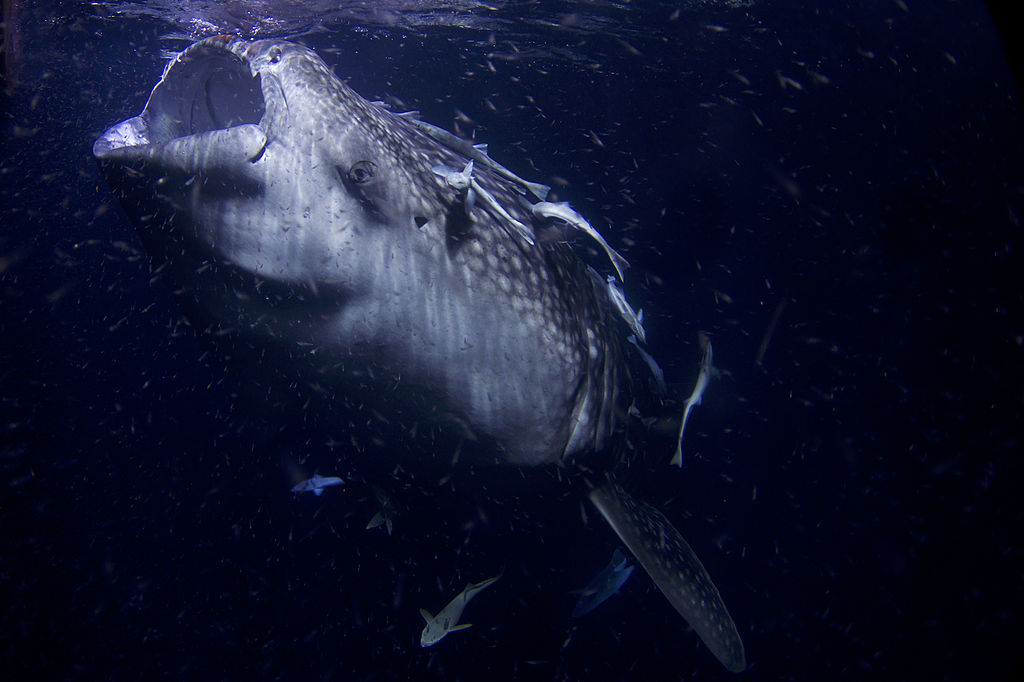 Weighing at almost 47 ton and a mouth that opens up to 4.7 feet, this massive pre-historic-looking shark is a gentle giant. Swimmers and snorkelers often use them to “hitch a ride” by holding onto their fins and letting the sharks take their course.

Look past these fangs and you’ll find that these sharks are all smiles. Suspiciously resembling beer bottle openers, these sharks can be found toting around the sea, sucking on krills like nobody’s business.

Can’t you see that he is shy? This shark with human-like eyes can be found along the coast of New Zealand and Australia being bashful of snorkelers and other sharks. 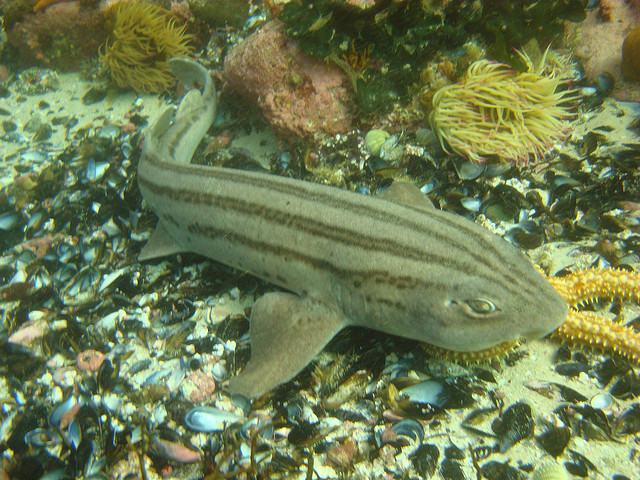 Often mistaken for Wobbegong sharks, Carpet sharks get a little shaggy around their mouths. As bottom feeders, they spend their days canvassing for mollusks and small sea critters.

Dentistry is not in this Goblin shark’s dictionary. Although little is known about Goblin sharks, we do know that they’re harmless and shy away from humans. With a set of scraggly teeth and a banged up nose, the shark is stuck with a cruel name to describe their looks (but hey! at least it’s not OGRE shark!). 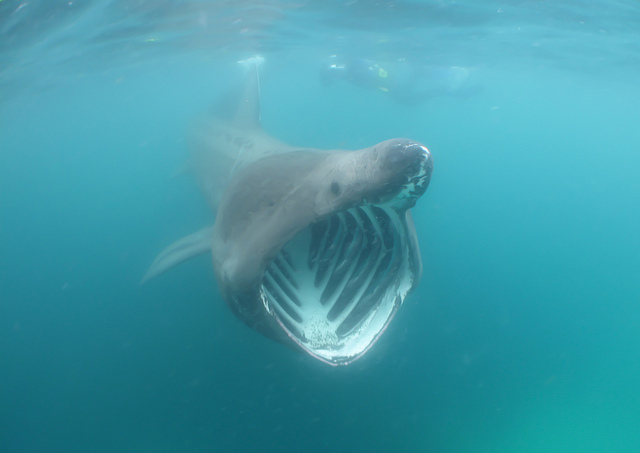 Holy moly! You can almost see the entire inside of the shark though their mouths! Basking Sharks like to (what else?) bask in warmer water and feed on plankton using their high definition natural gill-filter. Thanks to our deadly human nature, these sweet sharks are facing possible extinction in the near future. 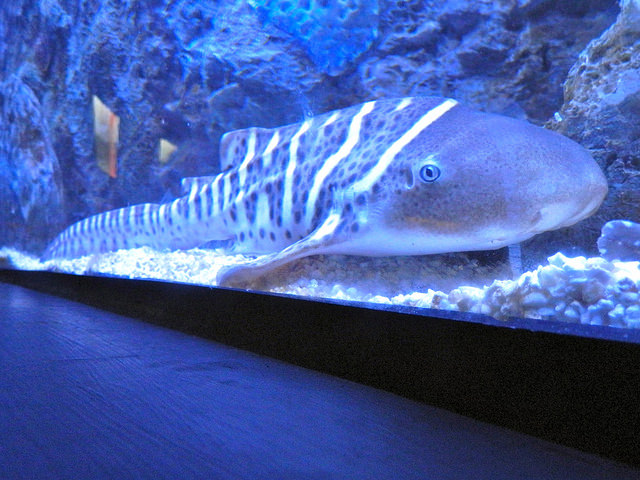 Who knew it would be possible for sharks to be cute? The Zebra shark earned its name from its stripes (surprise surprise) and are bottom dwelling much like their cousin, Carpet shark. 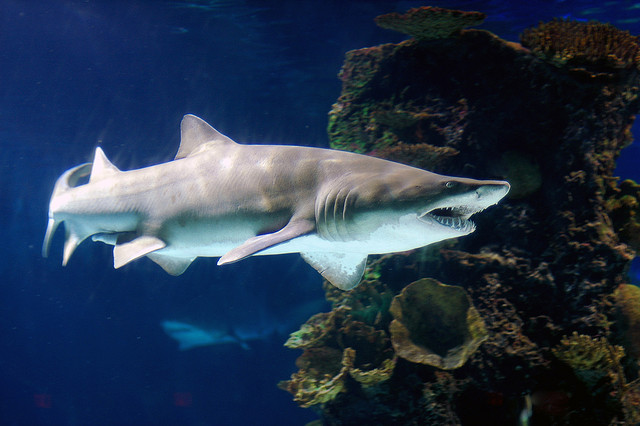 Never judge a book by its cover (or in this case, a shark). This scary looking shark is all talk but no action, with no history of unprovoked attacks on humans.

This shark has a toxic secretion based on their spines to ward off predators (so humans, that means no touching). Otherwise, this shark has no problem with you admiring him. As long you leave him alone, it’s all gravy.

What a schnozz! Living only in the deepest point of the ocean, the Sharpnose Sevengill can be found lurking in the darkness. Unfortunately, this shark is undergoing threats from Japan’s deep overfishing and we may no longer be able to see them in the near future.

Despite being a shark, the Megamouth shark is a poor swimmer (is that not the saddest thing you’ve ever heard?). Truly a fish out of water, these large sharks can open their mouths to several feet wide, enough for a 10-year-old to crawl inside. But don’t worry, he prefers the jellyfish over your kid.

Alternatively known as Tore sharks, the Soupfin shark got its unfortunate name from being hunted for their fins. Despite their fins being bland-tasting, many cultures consider eating them to be good luck and will capture them, slice off their fins, and dump the rest of their bodies into the ocean to die. The moral of this story? Don’t order shark fin soup. 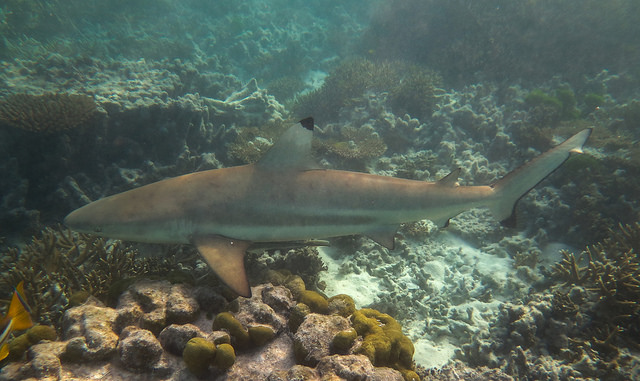 Usually when one sees black, it’s a warning sign for danger (next to red). But with the Black-Tipped Reef Shark, if a swimmer spots them and detects a black tip, they can be reassured that they’re safe from being tasty morsels. 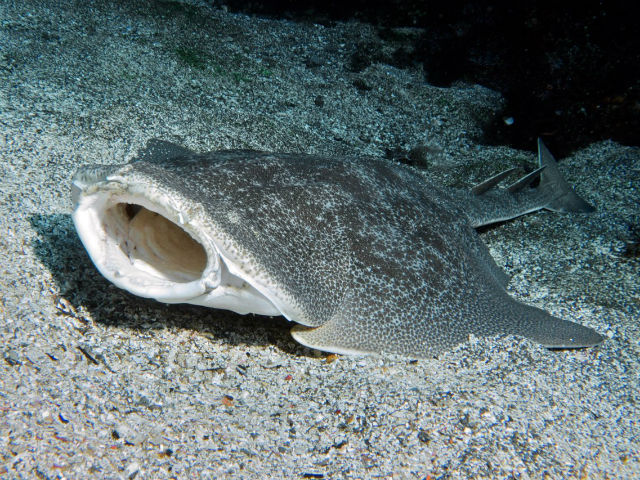 Wonder how many divers accidentally step on this shark only for the shark to look up and moan with self-pity? These flattened and camouflaged sharks can be found snuggling the bottom of the ocean’s floor, happy as clams