No city hold its Southern charm reputation more than the closed-off sleepy town of Savannah, Georgia. Release the inner Scarlett O’Hara in you, bask in the warm Georgian sun with your sweet tea and reminisce in an artificial Civil-war memory. Savannah is a paradise, here are 15 reasons why you should visit this charming city. 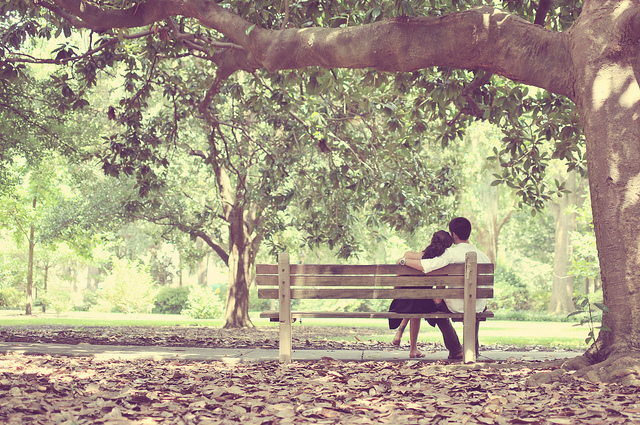 Horse-drawn carriages and candle-light dinners at historical establishments make this city a destination for lovers. The historic district is home to 22-squares fashioned with cherub-adorned fountains, rose gardens and benches to snuggle with your loved one. For a romantic night-cap, book a room in one of Savannah’s many Bed and Breakfast inns. Fresh mint chocolates on your pillows,  y’all. 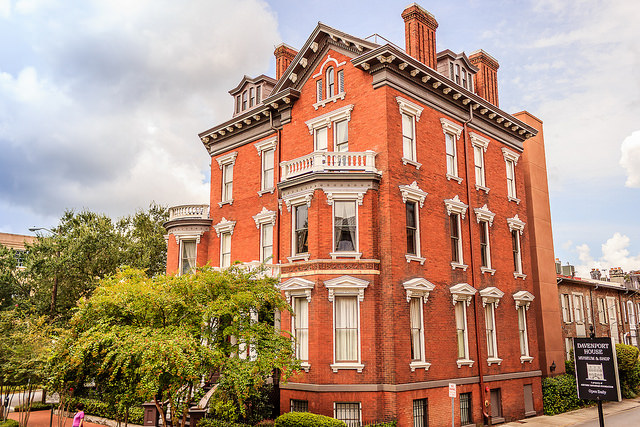 Time stands still in Savannah and its residents like to make sure it stays that way. Home to one of the largest National Historical Preservation programs, this Southern city is well-preserved to keep the fine details and touches in almost every gothic or Greek revival designed building. In other words, this small city is drop-dead gorgeous. 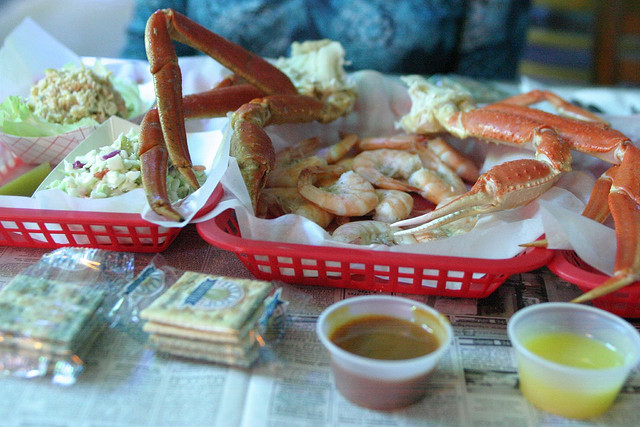 Savannah has a reputation for preparing seafood so fresh that you can still detect the salty ocean flavor (the way seafood should always be). While many shellfish can stand on their own, Savannah’s southern influence on seafood  makes one of the best cities to eat fresh sea critters. Seriously, order the shrimp n’ grits and you will shed happy tears. 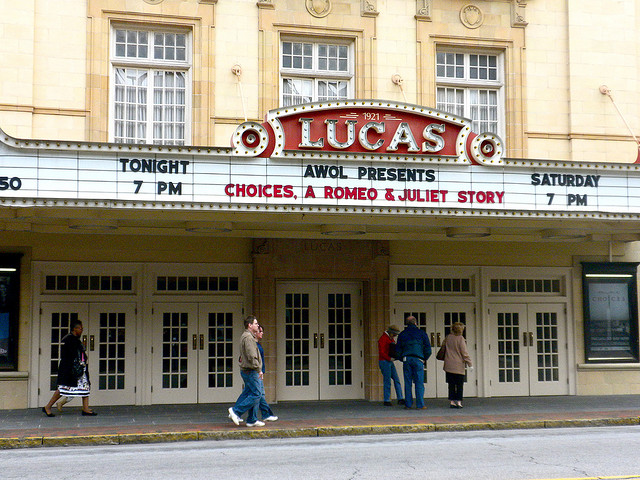 Founded in 1921, Lucas Theater is among one of the several auditoriums scattered throughout the city for entertainment purposes. Savannah is a Southeastern mecca for arts, performers, music and is home to 11,000 art students. 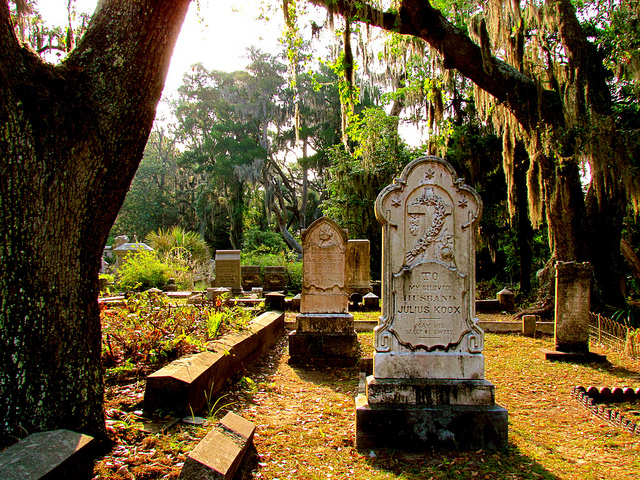 With marked (or unmarked) graves dating to 1846, Bonaventure cemetery echoes many civil war-era figures and several famous burial sites (including the prolific writer, Conrad Aiken). Walk through Savannah’s cemeteries and wonder why we don’t make tombstones like these anymore. 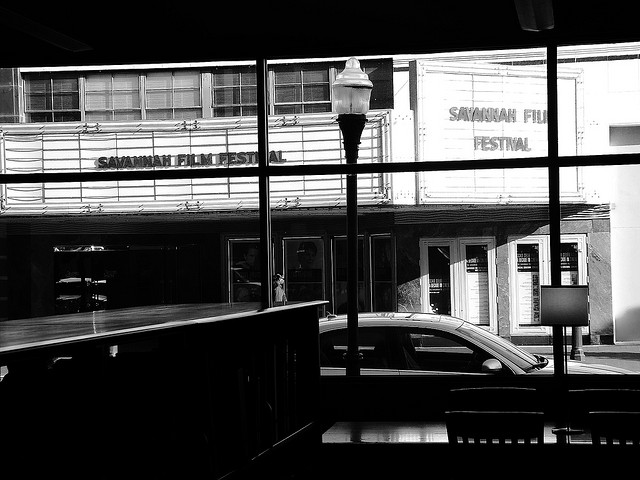 Savannah holds an annual film festival and is regularly attended by A-list celebrities such as Alec Baldwin, Gena Rowlands, and Norman Reedus. You never know, you might end up drinking mimosas and rub elbows with a star. 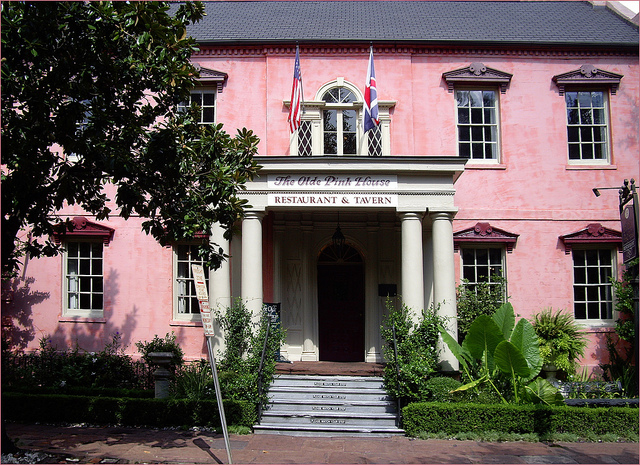 7. Dine like a Southern Belle at The Olde Pink House

One of Savannah’s oldest establishment is the Olde Pink House (built in 1771) that currently operates as a fine-dining restaurant with Southern touches. Still remaining true to it’s original colonial exterior, the restaurant is packed with chandeliers and antique portraits of previous residents. Not to mention, the food is to die for! 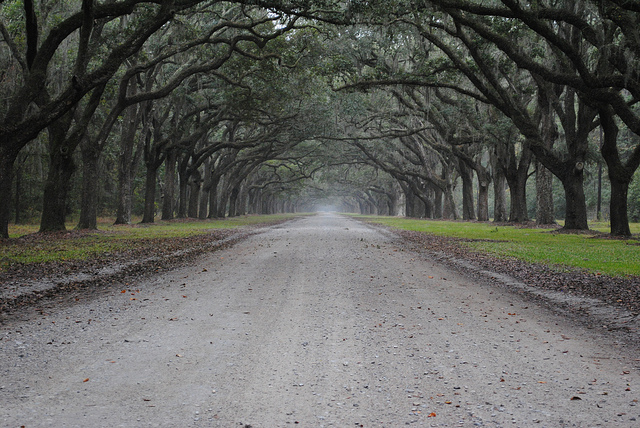 Outside of the historic district lies the Wormsloe Plantation. With a small fee, you can drive your car through a picturesque road lined with 400 oak trees slanting over you. At the end of the road, you can explore the historic ruins of a tabby fort  (made of oyster shells and limes) overlooking a lake and built in the 1770s. Admire the lush flora and fauna in the area, the Spanish mosses are lovely but beware of the tiny crabs hiding in the salt marshes. 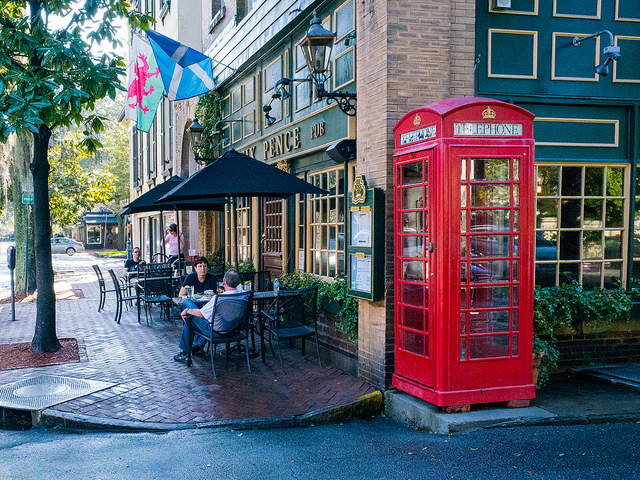 With a handful of old-fashioned pubs, Savannah is a great opportunity to play barfly. The exterior above is cozy and designed to make anyone who wanders in to question whether if they’re really in Georgia or on the island of Guernsey. 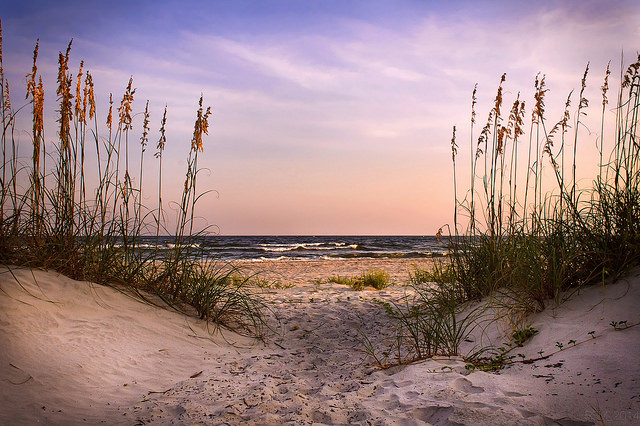 If you’re tired from water-front harbors with no place to sunbathe, no worries, head down to Tybee Island just a few miles outside of the city. There, you will find a sleepy beach with only a few business establishments (including crab shacks). The beach-bum in you will be pleased. 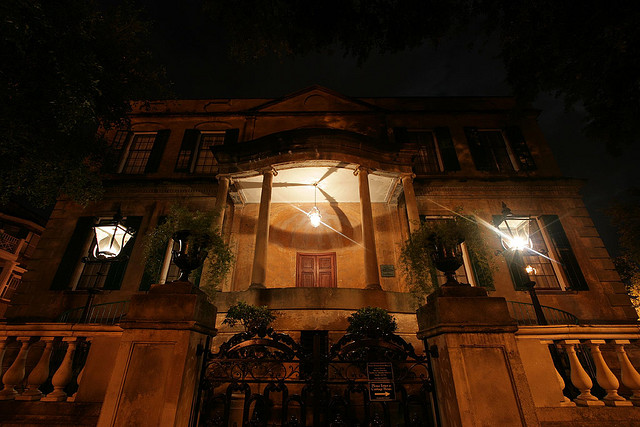 Savannah is reputed to have several paranormal entities lurking throughout the city’s corners and homes. With several historical murders under its belt (including the infamous James Arthur Williams’ case), locals and visitors report several ghostly sightings. If you have the guts, you can embark on a nerve-wracking ghost tour to possibly come face-to-face with a Southern ghost. However, Yankees are not advised to participate. 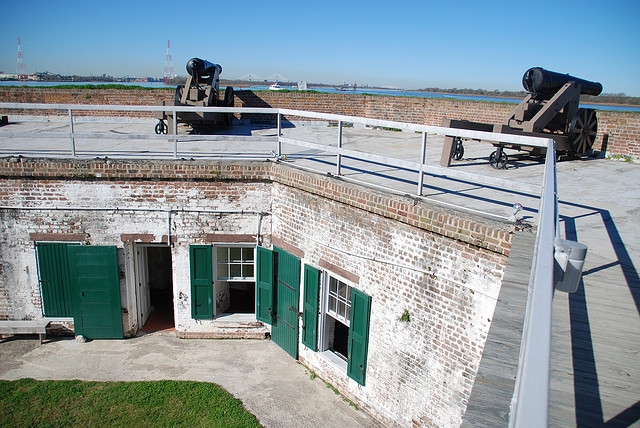 Visit an unscathed historical fort with moats, a drawback bridge, and cannons. This vicinity will take you back in time where you can almost hear the walls tell you of its deadly past battles. 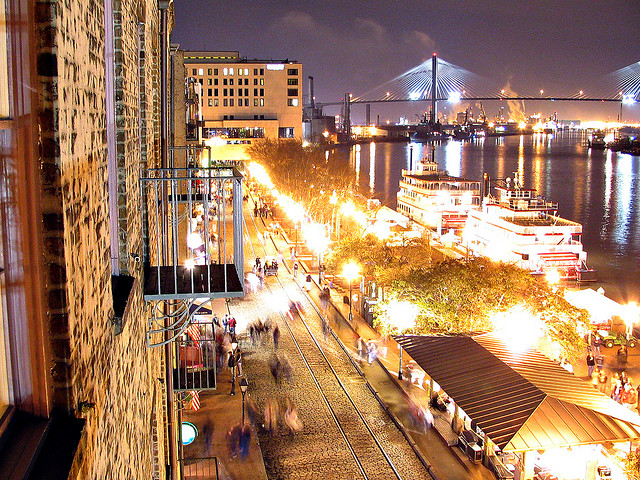 Despite being a touristy destination, the Riverwalk is still a pleasant spot to visit. Lined with vintage candy stores, souvenir shops, upscale dining and dive-bars, the Riverwalk is a fun place to spend an evening out. 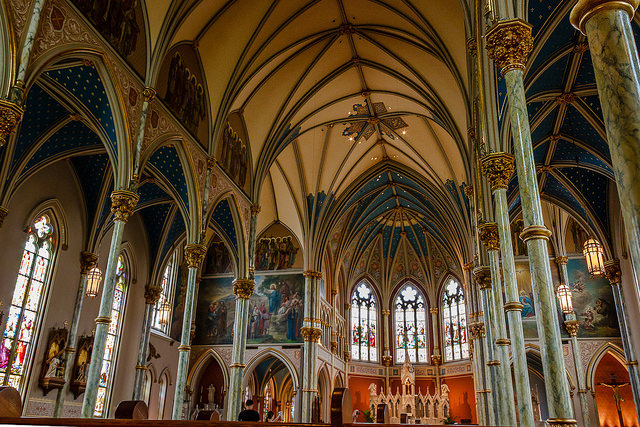 You do not have to be a religious person to appreciate the beauty of Savannah’s temples and churches with European influences. Cathedral of St. John the Baptist (pictured above),  Mickve Israel (U.S.’s 3rd oldest synagogue), and St. Benedict the Moor Church (first African-American Catholic church) open their doors to visitors to appreciate their aesthetics.

15. This charming city is big on holidays

The holidays are coming up? For a Southern Norman Rockwell-esque experience, Savannah is a postcard destination for holiday romantics. Every square is decorated tastefully with white Christmas lights and hearty wreaths. Almost every mansion is finely crafted in holiday decor. With a city like Savannah, you don’t need snow to make it feel “a little more like Christmas.”