We love to comfort our children with soothing stories and happy endings by plugging in the latest Disney movie or reading Snow White at bedtime. But “true” fairy tales are far too horrific and were never meant for children’s eyes. From cannibalism to gouged out eyeballs, here are 15 fairy tales that were originally too horrific to read to children.

Cinderella lived happily ever after with the prince and forgave her wicked stepsisters. That’s how the story goes, right? Nope. In an earlier version, Cinderella was far from forgiving, in fact she sought punishment by decapitating both of her stepsisters’ feet and had their eyes plucked out by birds so they would forever live maimed and ashamed. 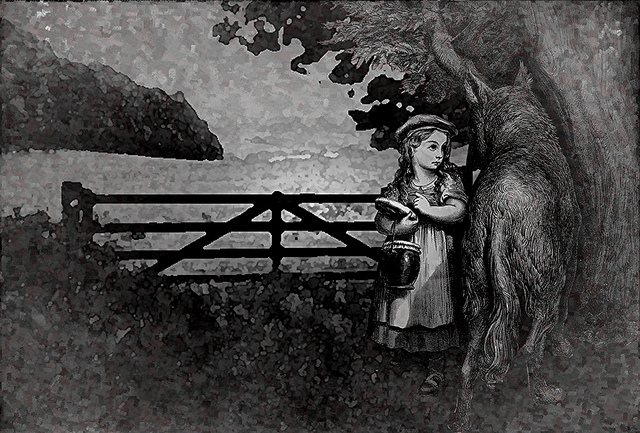 In a sick warped earlier version, the red-hooded girl cannibalizes her own grandmother. And here we are, blaming it on the big bad wolf all along. 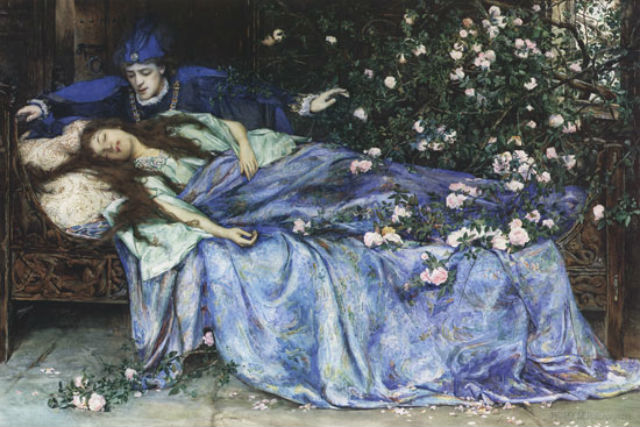 It’s not surprising that Disney didn’t make a sequel to Sleeping Beauty. Otherwise, the story would have shown you that sleeping beauty and her king eventually had kids and lived with the king’s mother. Unbeknownst to the king, his mother is an evil ogre queen (like most mother-in-laws are) who eventually ate sleeping beauty and their kids, happily ever after.

When a poor miller stupidly lied to the king that his daughter had a magical ability to spin straw into gold, the king locked the daughter in a room to make gold — or he would cut her head off (nice guy). A nebbish dwarf (Rumpelstiltskin) secretly helped her and was promised her first born in return. When the king saw how talented this woman was, he married her (because we love a man that threatens to kill us) and she gave birth to a beautiful baby. When the dwarf tried to claim what was his, the miller’s daughter refused to hand over her child. Enraged and defeated, Rumpelstiltskin tore himself into two pieces. The moral of the story? Not all stories have a moral.

The cutesy version explains the story of two siblings who got “lost” in the woods and dropped breadcrumbs to find their way back. The real version shows that Hansel and Gretel’s mother ditched them in the woods to starve to death. Who’s the real villain here? The cannibalistic witch or their mother? 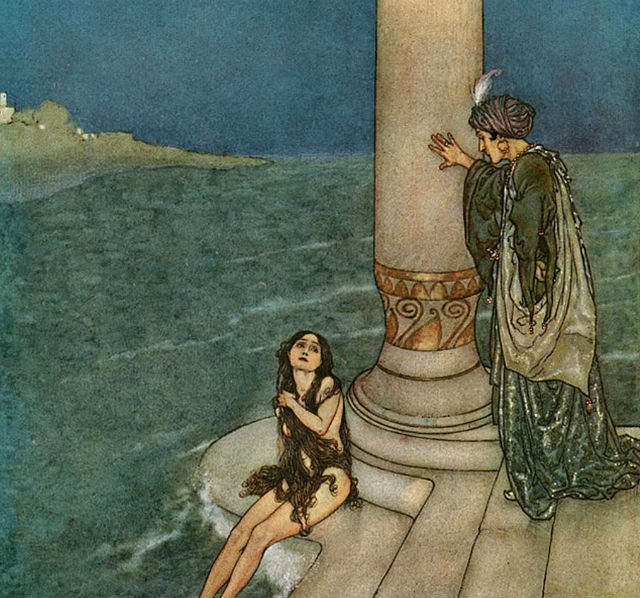 Sorry to tell you, but this is no red-headed girl in a purple-shell bra story. In the original story, the prince marries someone else and the distraught humanized mermaid throws herself to the sea, drowning herself.

In an earlier version, Pinocchio isn’t the lovable wooden boy we all know from Disney, instead he is an obnoxious brat. Pinocchio’s creator, Geppetto went to prison for harming children and Pinocchio had no choice but to beg on the street. In his miserable homeless journey, he accidentally burned off his feet and is eventually hanged for several crimes. 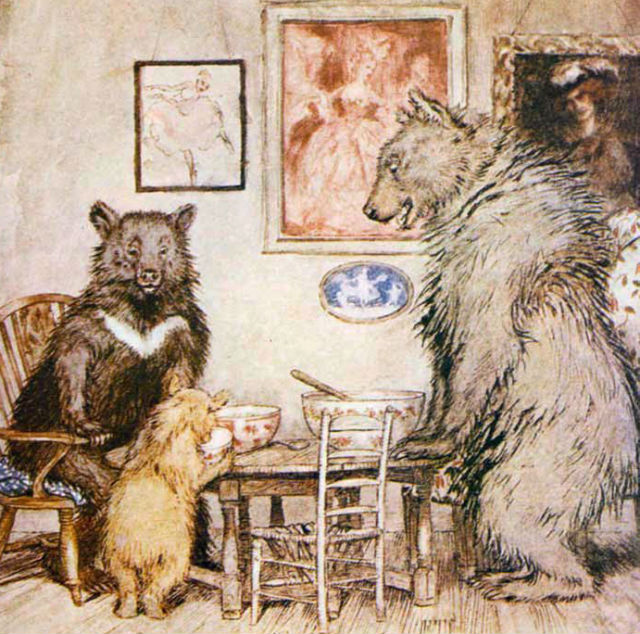 Instead of the pretty little girl with the blonde locks, the female protagonist of the story is actually an old woman. When the bears discovered the old woman sleeping in their beds, they impaled her on the steeples of a cathedral.

When attempting to rescue Rapunzel from her tower, the evil queen pushes the prince off the tower and he falls into the thorny bushes and becomes blind. The prince wanders around without a sight until Rapunzel’s tears cure his blindness.

The story goes — a prince was turned into a frog and the only way to reverse the spell was to be kissed by someone who loved him. A beautiful princess kissed him, he changed back to prince charming and they lived happily ever after. Right? Not quite. In the original version, the princess broke the spell by throwing the smiley frog against the wall in disgust. Ribbit. 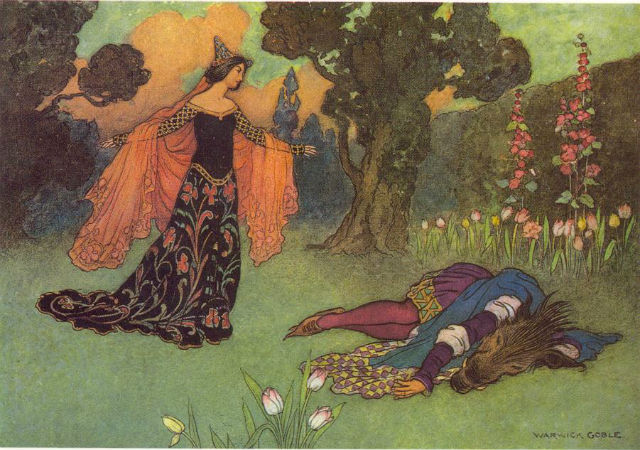 Who can blame Disney for trying to cover up the real story of Beauty and the Beast when the original tale explains that the beast was banished and cursed after trying to seduce an orphaned child. The moral of the story? If Belle can find pedophilia to be forgivable, so can you (yeah right).

The evil queen wanted Snow White killed because she was far prettier (even though Snow White was only seven years old). Snow White wins victory over the queen, and for punishment, the queen had to dance in scalding red hot iron shoes until she dropped dead. The end. 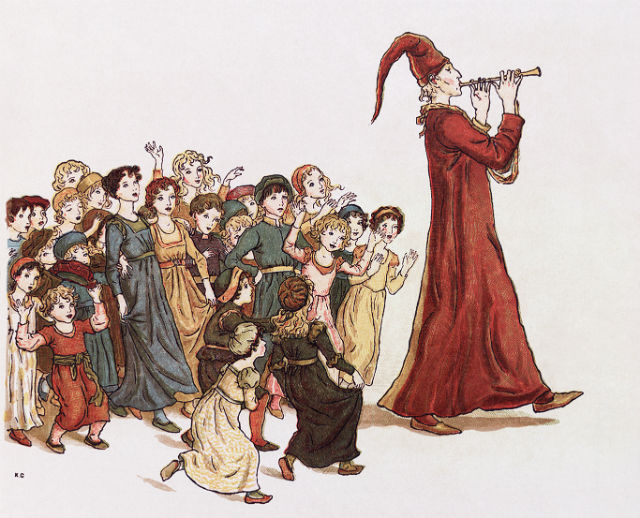 When dealing with a horrible rat infestation in his city, the king promised the Pied Piper that he will reward him if he led all the rats out of the city. When the Pied Piper delivered, the king refused to pay him. In anger, the Pied Piper hypnotized all of the children(except a few disabled ones) to follow him out of the city and meet the same fate as the rats, by drowning in the sea. Moral of the story? Don’t cheat the piper, dude.

We’re most familiar with “Shrek” version, but the real Puss in Boots is far from the doe-eyed feline we came to love.  In Basile’s story, the cat belonged to a poor farmer who was made rich by his cat. In return, the farmer  promised his cat that he would bury him in a gold coffin. The skeptical cat feigned death to test his master and overheard his master tell his wife to throw the dead feline out of the window. Enraged, the cat abandoned the farmer and took his new-found wealth with him. 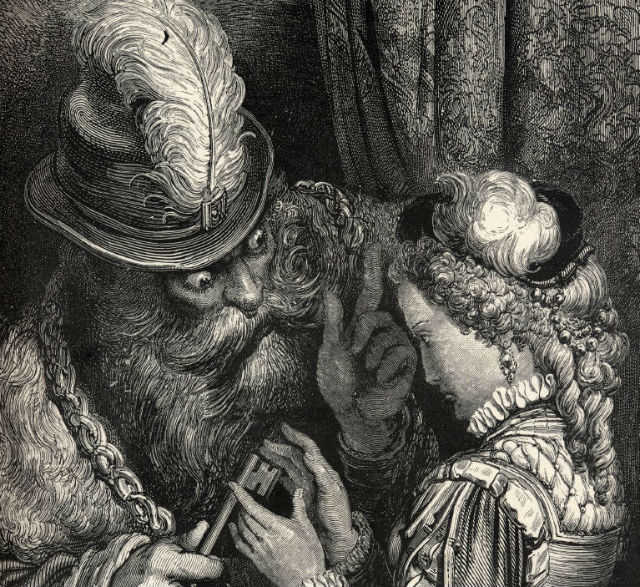 Bluebeard is an ugly man who married several women (all of them mysteriously disappeared). When he persuaded another woman to marry him, he gave her a key to every room in the castle with one promise–never enter the basement. When Bluebeard left town, his wife was too curious and decided to go in the basement. There she found Bluebeard’s horrible dark secret– mutilated ex-wives.