In addition to delicious food, a compelling cultural scene and rockin’ nightlife, Marrakech has excellent aesthetics. Its markets, architecture, flora and people are supremely photogenic. Here are 15 photos of Marrakech, Morocco that are sure to mesmerize you. 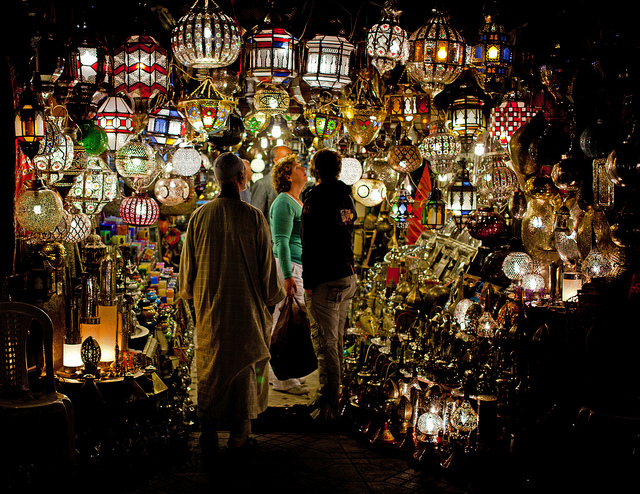 Souk is the local term for the marketplace. When visiting Marrakech, be sure to stop by the famous Djemaa- el-Fnaa, the huge, bustling main market at the center of the old city. 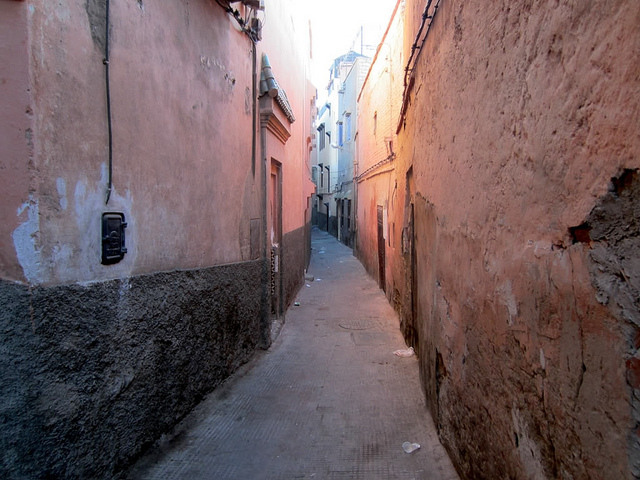 Some of the narrow, winding streets in the old city date back as far as 1062 A.D., and provide a glimpse of how the city looked during ancient times. 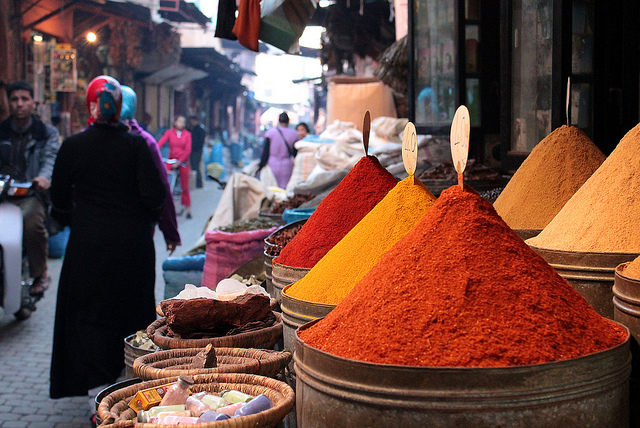 Morocco is famously known for its spices, and Marrakech is the perfect place to scout the finest blends. Visitors will know they’re near a spice market when they start to detect the aroma of cumin, pepper, saffron and turmeric in the air. 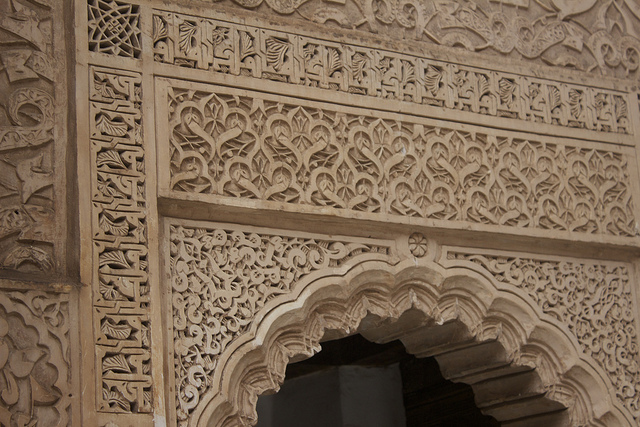 The intensely detailed wood works, walls and mosques feature patterns and textures that you can’t tear your eyes from. 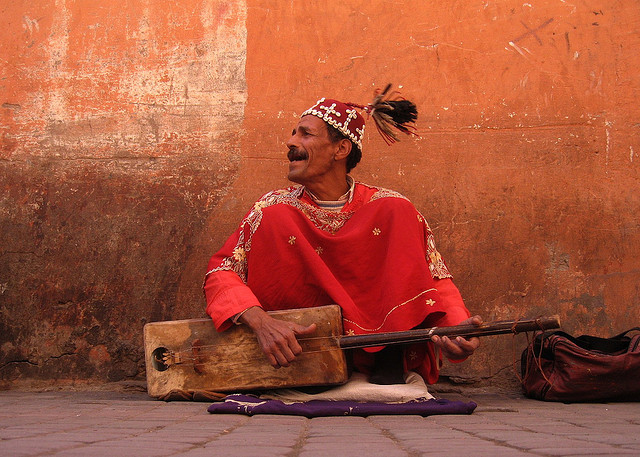 The streets are graced with an abundance of buskers displaying their talents, from castanet players, to Berber dancers to hypnotic snake charmers. 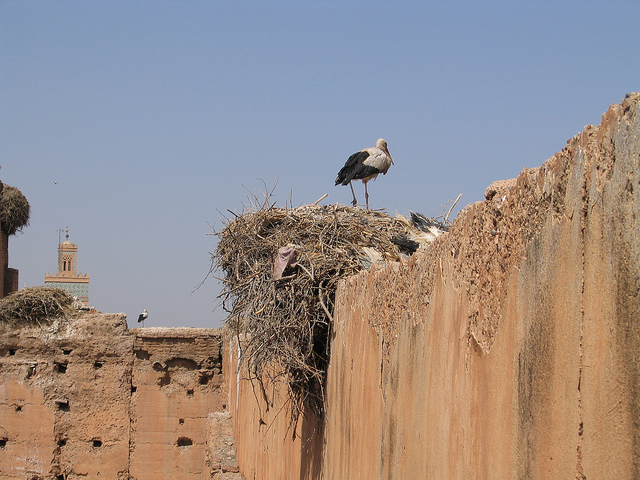 6.  Wildlife in the city

Storks are not uncommon in Marrakech and can be found making impressive nests atop tall buildings. 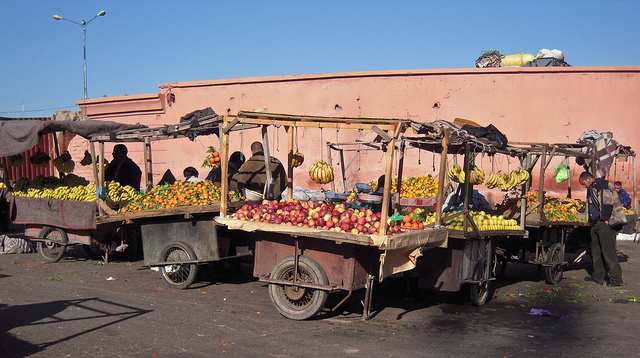 Farmers bring their finest fruits and vegetables from the rural countryside surrounding Marrakech and sell them in the city center. The explosion of color makes for beautiful photos. 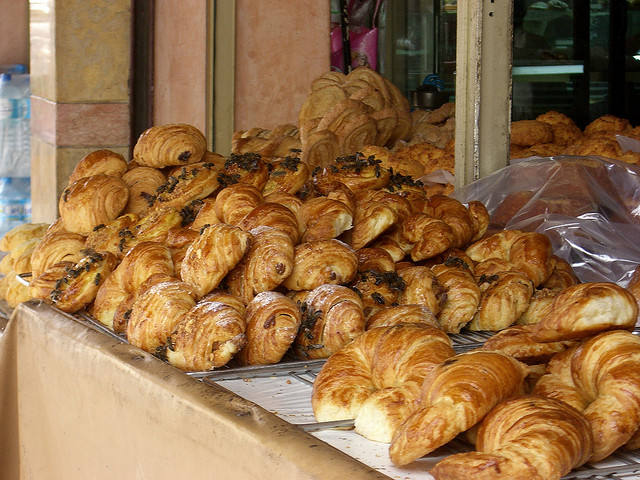 The presence of gooey, flaky croissants all over the city is a lasting legacy of France’s colonial influence on Morocco. Locals have adopted these baked goods and serve them fresh on the street. 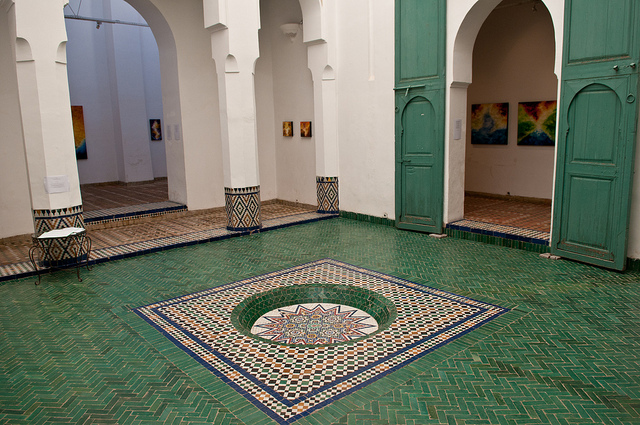 While Marrakech is well-known for its beautiful carved-wood architecture, brilliant mosaic art is also memorable and ubiquitous in the city.

A tagine is both a popular food and the name of the earthenware clay pot it’s made in. With the ability to stay hot for hours, tagines are the original slow cooker — the Crock Pot from the days before electricity. 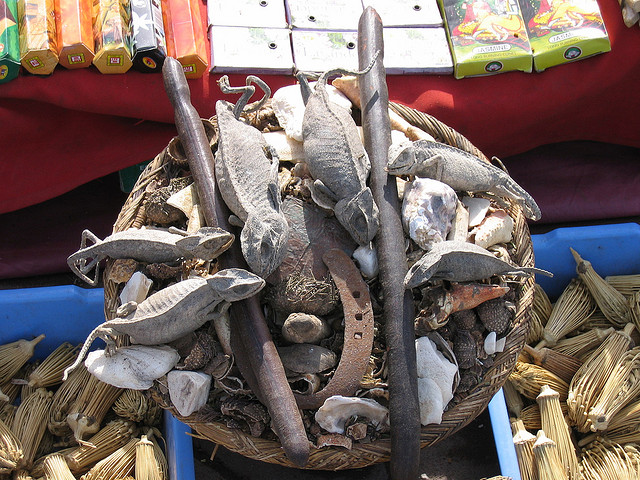 Native to Marrakech, chameleons can be found slowly skulking their way around the city. These goofy-looking critters are known to change color depending on their temperature or mood. If you see a flaming red chameleon, beware and keep your distance! 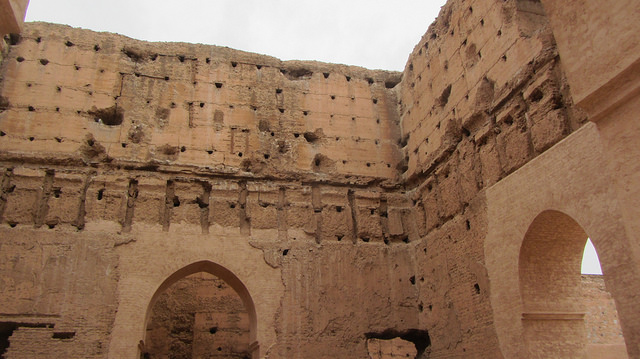 Constructed in 1578, El Badi Palace was richly adorned with gold and onyx by former sultans. The palace served as a summer home to the city’s rulers and harbored several dungeons for its prisoners. 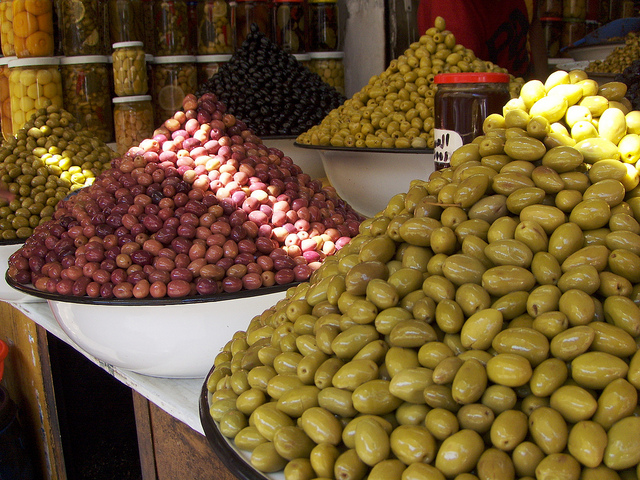 Olives are staple ingredients in most Marrakchi cuisine and can be seen piled photogenically all over the city. 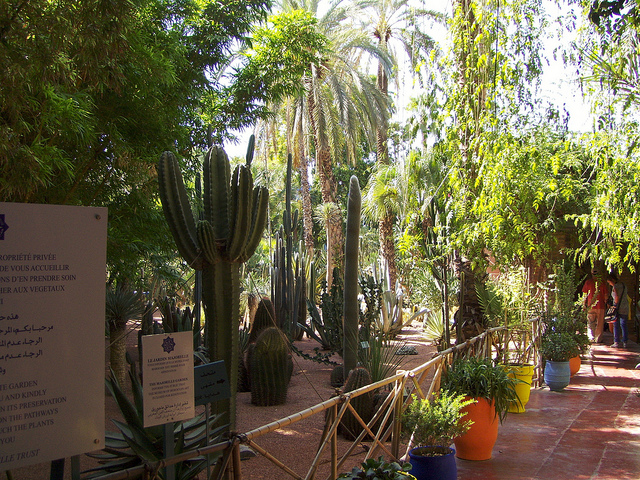 The diverse foliage in Marrakech reflects the ever-changing climate, which ranges from sweltering hot summer to snowy winters. Palm trees, bamboos, bougainvilleas, cacti, and pine trees can be found scattered around the city. 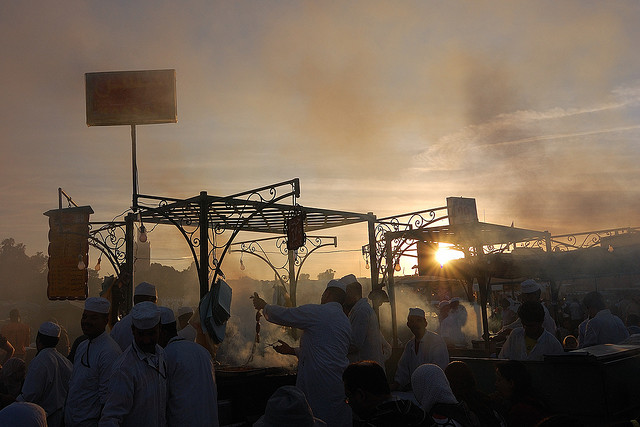 At early dawn, head over the nearest souk for a fresh batch of smoked sausages or kebabs for breakfast and watch the steam rise with the sun.

It’s Official: Marrakech Has The Cutest Cats In Africa

Where to Eat and Drink in Marrakech

16 Photos Of Morocco That Will Make Your Jaw Drop