Welcome to Japan: The Land of the Rising Exchange Rate. Most people can only dream about experiencing cherry blossoms, bullet trains, and gorgeous Zen temples, as Japan is not a cheap trip. A two-week holiday in Tokyo will break the bank, without a doubt, but there are some tips and tricks to avoid going completely broke. Yes, a meal for two at a mid-range restaurant can easily cost in excess of $30, but there are ways to save money. Here are a few of the best Japan trip budget hacks. 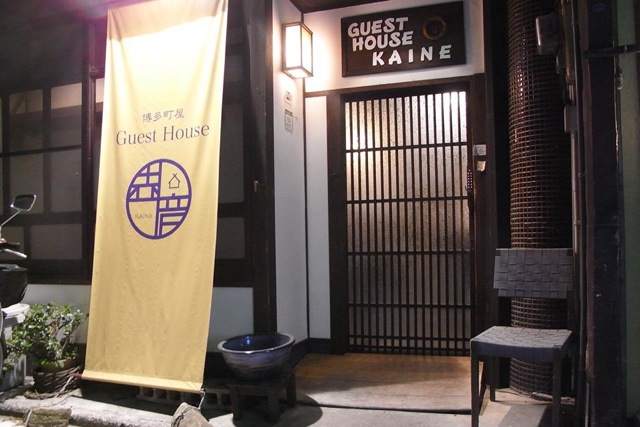 Yes, this is an entrance to a backpackers in Fukuoka. Not as bad as you expected? (Photo: Guesthouse Kaine / Facebook)

Stay at a backpackers

You might balk at this suggestion, especially if you’re not just out of college, but once you’ve stayed at an over-priced, nano-sized “Business Hotel,” you’ll come around to backpacking. And forget about filthy, bed bug-ridden dives — like everything else in Japan, backpacking accommodation is neat and clean. It’s also the cheapest accommodation you’ll find (starts at around Y2500 (US$20) for a dorm bed). 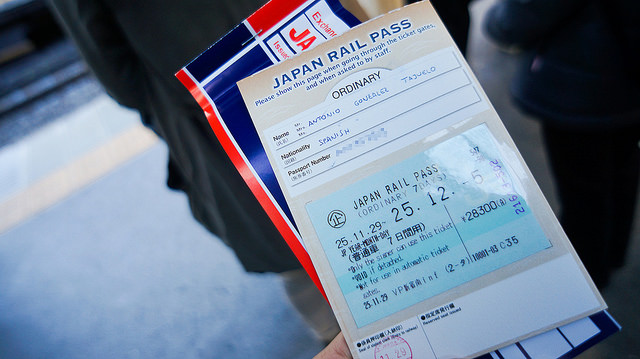 Make sure you get one of these before you leave home. You need to buy an ‘”exchange order” prior to your arrival in Japan though, before you can actually get the pass. It’s complicated. It’s Japan. (Photo: Antonio Jajnelo / Flickr)

Get a JR Rail Pass

These can only be bought outside of Japan, so make sure you organize one prior to your trip. The pass offers huge savings on train travel throughout the country (some lines are restricted though). There are two types of tickets: “Green” (akin to first class and more expensive) and “Ordinary.” Tickets can be bought for 7-, 14-, and 21-day periods, and prices range from about $260 to $700. That may sound expensive — but you’ll end up spending more without it. Because, Japan. A JR Rail Pass is only available to those on a Temporary Visitor’s Visa. You can buy tickets online here. 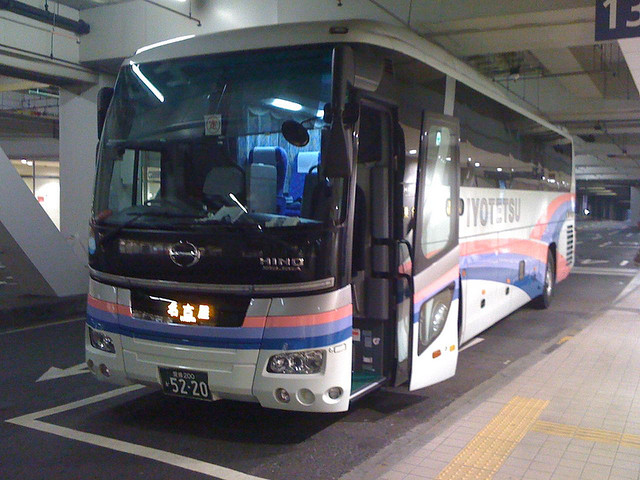 Taking a highway bus can save you loads of money (Photo: Tsuda / Flickr)

A Highway Bus [kosoku] is a long-distance bus that will save you a significant amount of Yen. Something that will drain you of Yen is flying – avoid it at all costs. A Highway Bus will take you longer to get to your destination (they’re usually overnight) — but they have the added bonus of you not having to worry about a night’s accommodation — you just sleep on the bus (or, at least try to). You can get hold of a Japan Bus Pass before you leave home. Go here for more information: 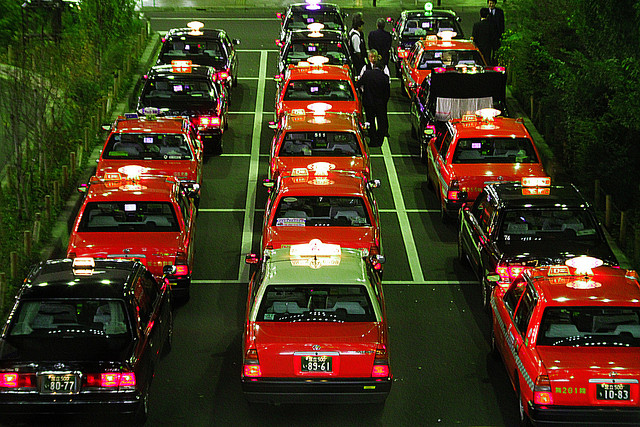 Do not use cabs

Japanese cabs are extremely expensive — it’ll cost you around $6 for the first 2km, then about $1 for every 400m thereafter. Rather walk, run or bike it. 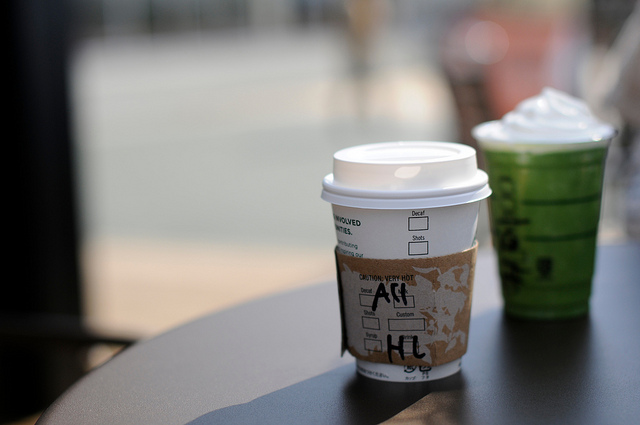 Limiting your coffee intake will save you money in Japan (Photo: Bong Grit / Flickr)

Drinking coffee will eat away at your finances: a regular cappuccino at Starbucks will set you back around $3.50 (or more, depending on where you have the coffee … some places in Tokyo charge up to US$8!). 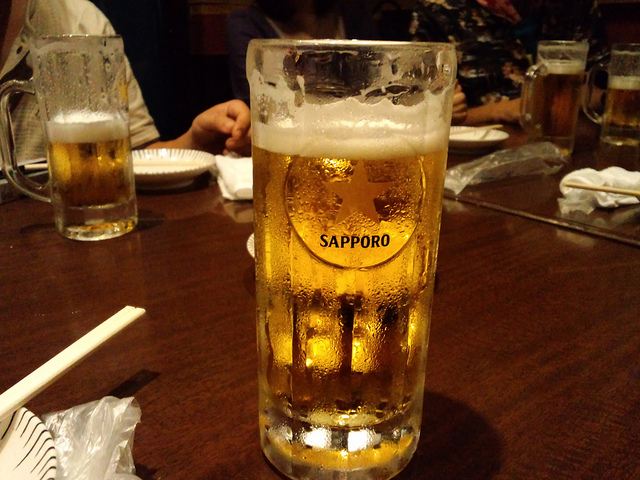 Going on an all-night bender will ruin your finances in Japan (Photo: zenjiro / Flickr)

Cut back on the booze

Drinking too much in Japan will wreak havoc on your holiday budget. An imported beer at a bar or restaurant could set you back as much as US$9, while a local beer will cost around US$4 (or more). If you want to imbibe, rather go to the nearest convenience store [kombini] and buy a can of beer — it’ll be much cheaper. Just wait ’til you get back to your accommodation to knock it back — it’s considered very rude to eat or drink anything on the street. 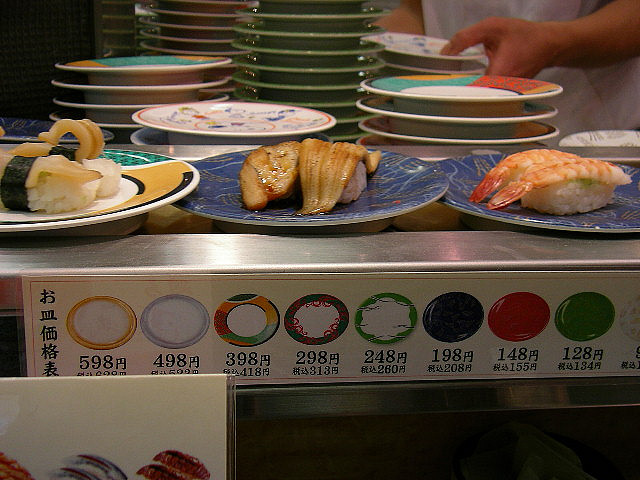 One of the few things that’s actually not expensive is sushi (along with cigarettes, surprisingly). But don’t go to a fancy, real-deal sushi restaurant where the chef resembles an artful ninja — rather go to one of the ubiquitous “conveyor belt” sushi chains [also known as keiten zushi]. Here you’ll find differently-priced, color-coded plates of sushi tempting you on a heavenly roundabout. The cheapest plates usually start at around US$1. 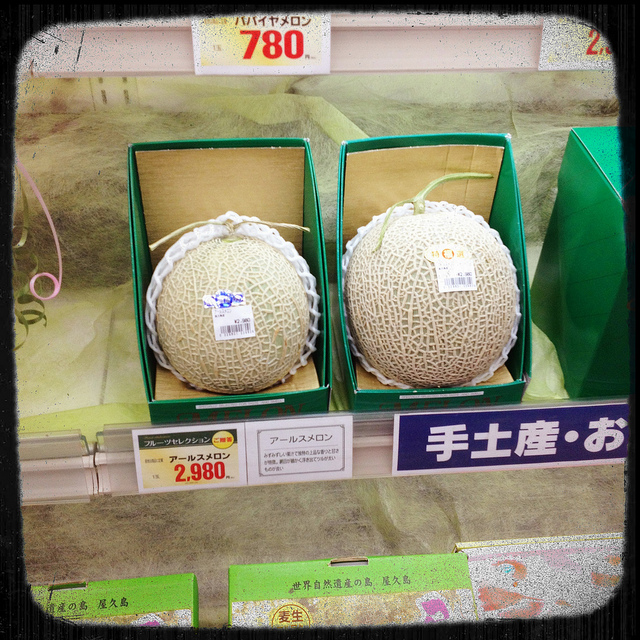 If you want to create a good impression and wow the pants off someone, buy them a melon. Seriously (Photo: Kalleboo / Flickr)

Just for fun, go into a supermarket and have a look at the prices of single fruit. It will blow your mind. A mango can cost nearly US$5, while a melon can set you back $25! Rather get rickets. 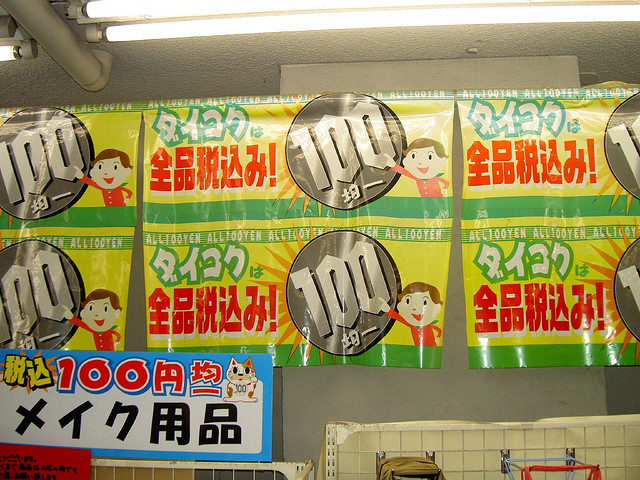 If you’re on a tight budget in Japan, you’ll become a regular at your nearest Y100 store. (Photo: Phil Kates / Flickr).

Do your shopping at Y100 stores

Essentially a “Dollar Store,” these stores can be found everywhere — and most of the items are priced at Y100 — just less than a dollar. You can find anything from cleaning products to food. 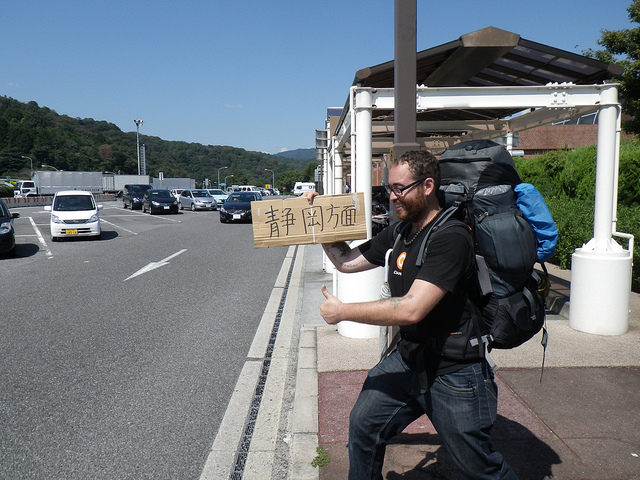 This is usually too dangerous to attempt in other countries, but it’s generally safe to do in Japan. Don’t try it alone though (especially if you’re a woman), but it can be fun to do in a group. 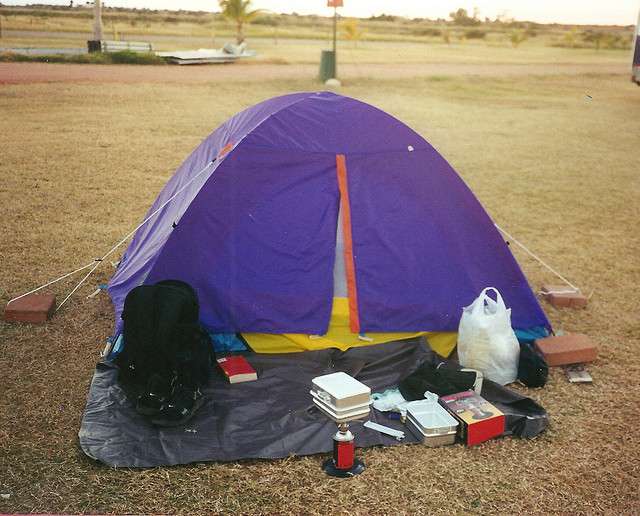 Camping will save you loads when it comes to accommodation (Photo: Joanna Penn / Flickr)

Get in touch with nature

Apart from backpacking, another type of  accommodation that’s super cheap is a tent. Japan has many camping sites; it’s also safe enough to set up camp almost anywhere (just check beforehand if you’re allowed to pitch your tent – unless you want to do some explaining in Japanese to the cops in the morning). 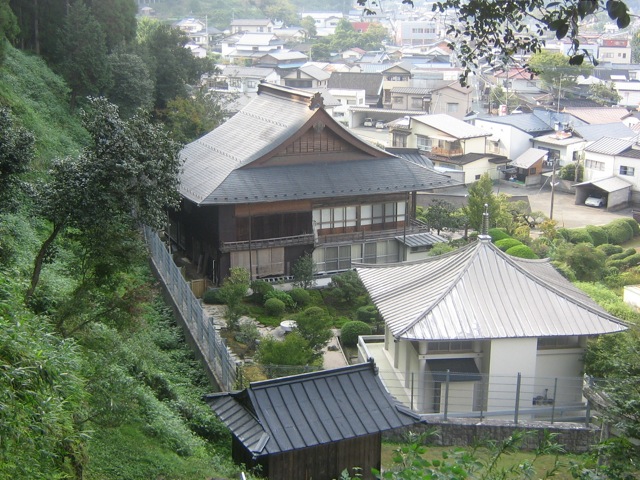 The inaka – where everything is cheaper (Photo: Ang Lloyd)

Leave the city behind

Although a stay in Japan isn’t complete without a visit to Tokyo, it would be wise to explore its countryside, also known as the inaka. Not many foreigners venture into the inaka, but you’ll find rice fields, old women on bicycles, natural hot springs, beautiful scenery, a more relaxed way of doing things, cleaner air — and less cost. 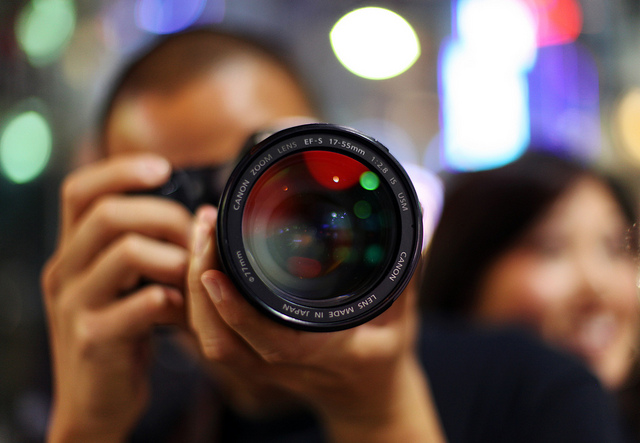 The latest gadgets will cost you in Japan — rather go for second-hand (Photo: cyclops / Flickr)

Take it easy with the electronics

Japan is known for its hi-tech gadgetry, but don’t be too tempted to drop a small fortune on the latest camera or TV. Electronics are pretty expensive in Japan, and it’s a myth that they’re cheaper just because most of them are made there. If you do want to indulge your inner geek, head to Shinjuku in Tokyo — you’ll find the latest electronics and barely used second-hand gadgets, which are a real steal. Take the West exit at Shinjuku Station to explore massive second-hand camera stores like MAP Camera and Kitamura. Just remember that the Japanese will look at you with complete disgust if you attempt to haggle. 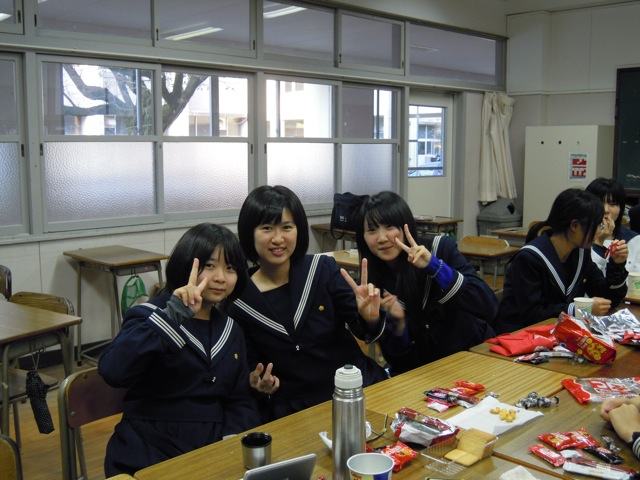 Teaching English in Japan will allow you to both save and spend money. And it’s an amazing experience (Photo: Ang Lloyd)

Teach English for a year

The best way to see an expensive country like Japan is to find a job that pays well in the local currency. Teaching English is the most popular option: you’ll need a degree (in any field), be under 40, and be willing to experience a culture that’s unlike any other. Contracts are usually for a year.