People are obsessed with the idea of a dystopian apocalypse. We glue ourselves to the television when Walking Dead is on and we find the threat of Ebola to be quite unsettling. But what if the world actually ended in a way we never fathomed? That despite our zombie apocalypse preparations, we were still not prepared for the inevitable that we couldn’t see coming a mile away. Here are the 15 lamest and ridiculous ways the world could end. 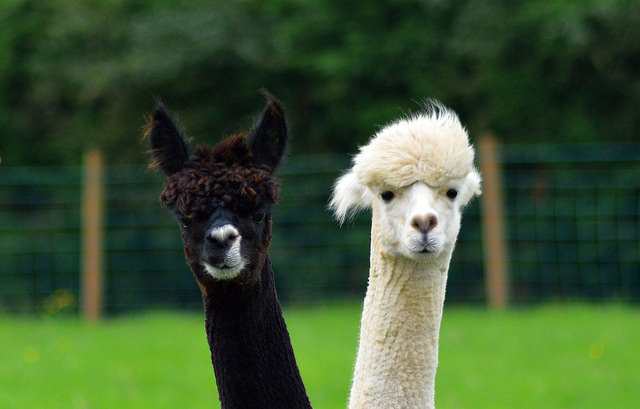 What if those “cute” furry alpacas all of a sudden gained intelligence? Those miniature giraffes in fur coats could organize a world wide alpaca meeting to discuss how sick they are of humans shearing off their wool. So they start breeding more baby alpacas and secretly train them how to attack their “hoomans” with their lethal spit. Ptuuey! 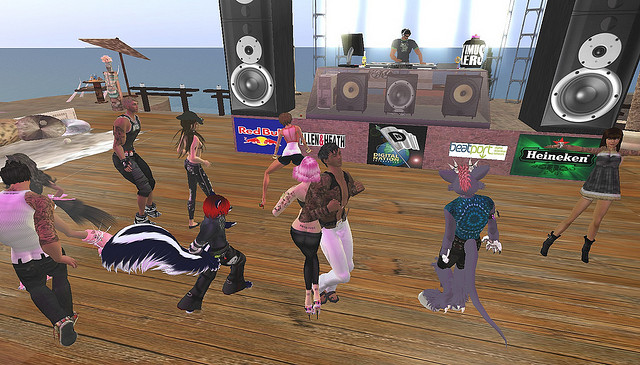 If you think “Second Life” was bad, then wait until you see the upcoming game, “Goodbye Life”.  The kicker is — this game is too good, and nobody has seen such a brilliant and realistic game like this before. Everyone and their moms will want to get their grubby hands all over this. As time goes on, pretty much everyone is consumed, unable to break away for bathroom breaks, sleep or even eat. Then the human population will rapidly decline as people drop dead from exhaustion, starvation or go insane with madness. Must…buy…two..more…megapixel…hearts. 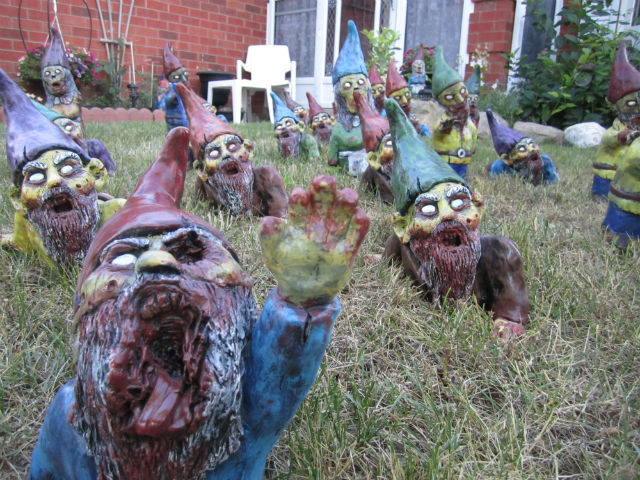 3. Revenge of the lawn gnomes

Never let your guard down and don’t think for once that there is nothing behind the lifeless leering eyes of your lawn gnomes. At night, when you’re asleep, the bearded men colonize and plot your demise. Only time will tell when their plan comes to fruition. Sleep tight. 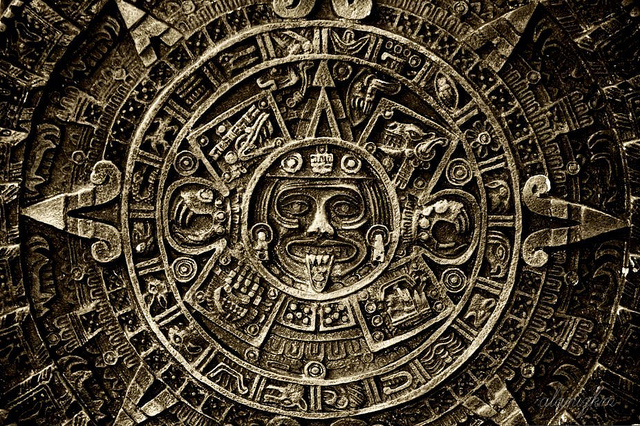 4. The Mayans were only slightly off

When 2012 passed, people laughed in the face of the ancient Mayan calendar and prophecy that the world was surely to end. However, little did we know that they were actually almost right, only miscalculated two years too early. Oops!

You remember that time you felt your laptop overheating? Well, not just your computers but all technology worldwide would eventually go into a maximum overload and explode across the globe and take their owners down with them. Cell phones would blow people’s heads off like firecreackers and televisions would set living rooms on fire. Look around you right now, if there is a piece of electronic within reach of you, there is no escape. Perhaps the Amish were onto something all along? So much for Google glass and the Apple watch. 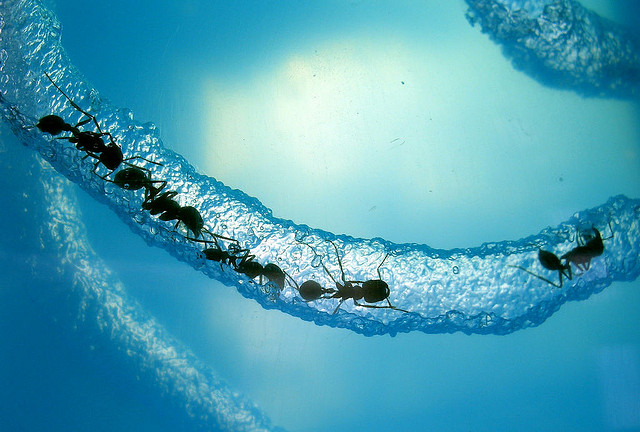 6. Too many poorly-structured ant colonies

Those ants have been busy developing their underground tunnels without any guidance or good leadership. As more and more ants dig and burrow their way around, it was rather unfortunate that their tiny brains didn’t understand a thing or two about building a structurally sound colony. So their underground tunnels collapsed and many buildings above ground sunk into the ground. And before we could even say “antapocalypse!”, the Earth is swallowed.

They weren’t kidding when they said “breed like rabbits,” because rabbit population can get completely out of hand. After every inch of the planet is infested with bunnies, there will be no plants left for them to consume. The still-hungry rabbits will have no choice but to start nibbling on people like a bad Monty-Python scene. 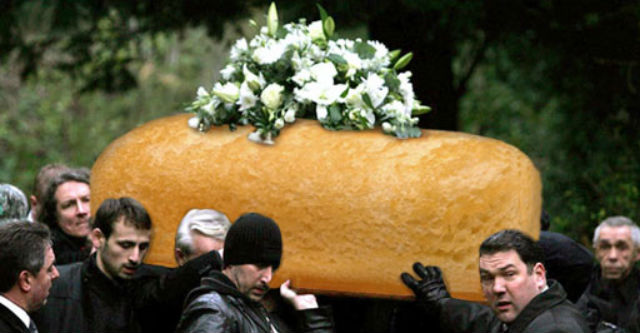 Hostess already made this mistake once, but once they saw the people getting aggravated, they nervously resumed making Twinkies, put them back on the shelves, and harmony was restored. But a new CEO could not be as merciful and threaten the end of Twinkies manufacturing. Riots will break out, conflagration will spread. Rumors of privately stored Twinkies will result in many murders, and the world will cease to exist. All because we cannot go on with life without those deep-fried 150 calorie treats. 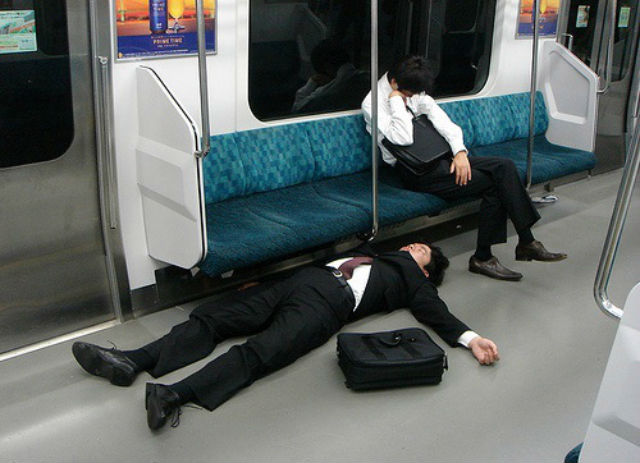 9. The spreading of Karoshi

Only officially defined in Japan, Karoshi roughly translates as “death from overwork.” The long hours are stressful, picking up slack from others is a burden, and the long commuted is terrible — only to come home to a messy house that needs cleaning. One day your body just won’t handle it anymore, you’ll collapse mid-air and kick the bucket. But with a struggling economy across the globe, more people are taking on longer hours and mulitple jobs. Pretty soon, everyone will start to wonder why people are dropping like flies randomly. 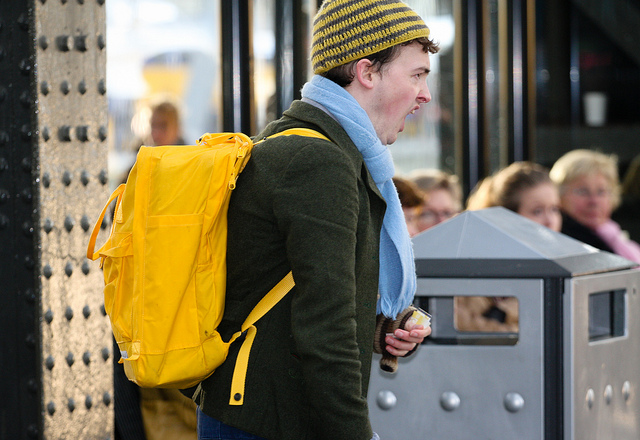 Ever experience yawning, then the person next to you yawns too without even seeing you yawn? Well, if somehow this yawning phenomenon becomes extreme, then the world will not be able to stop yawning. Everyone will fuel each other’s yawning until we get so tired and we go to sleep (forever). 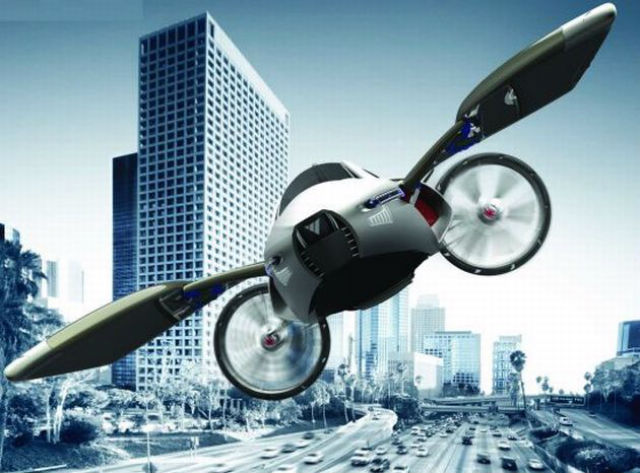 11. The invention of new flying cars

We’ve all seen it in films and covet the day to come when flying cars are finally made available to the public. The problem is — no one really knows how to fly them properly. So people will excitedly run out and purchase the cars without any training.  Then they will crash their brand new Honda Flyer 2050 into buildings, pedestrians, and other flying cars. Too much damage was already done before the automobile industry pulled the plug on their lethal invention.

People cannot get enough of reality T.V. star Honey Boo Boo, in fact they love her so much that her popularity landed her a seat in the White House’s oval office. Then things got interesting. Honey Boo Boo outlaws anything healthy, which means that exercising or eating your leafy greens will be punishable by death. There will be a revolt between the two classes –those that love reality T.V. shows and people that actually read newspapers. The fight will go on for eternity until President Honey Boo Boo is ready for her nap and orders everyone to be annihilated.

“We come in peace” means nothing to them. Of course we did mildly expect a possible alien invasion, but does that mean we are prepared? Not even close. If they found us first before we found them, chances are, then chances are they’re much more advanced than we are. Hasta la vista, baby. 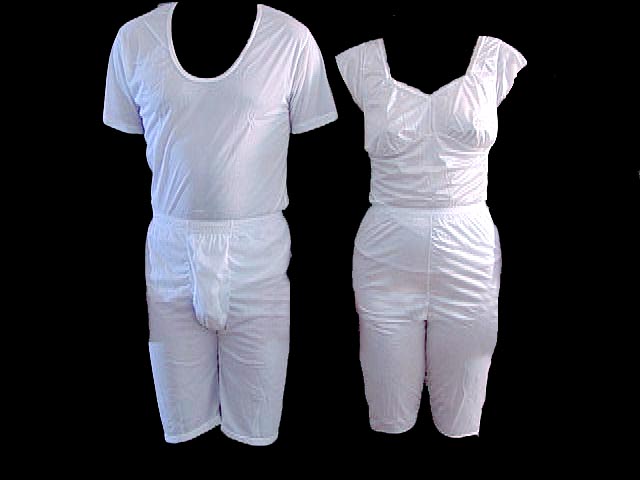 14. Keeping chaste is the latest trend

Remember the 90s craze when pop star Britney Spears swore chastity before marriage? (Yeah right.) What if the future pop stars take it to the next level and preach a life abstaining from sexual intercourse, even after marriage? All the latest crazed bands that are popular will be called The Quakers, The Asexuals or The St. Augustines and sing about how cool it is to cross your legs. But then, like the Quakers, we will die out until the last hipster standing on Earth will exclaim “Hah! I’m the coolest!” 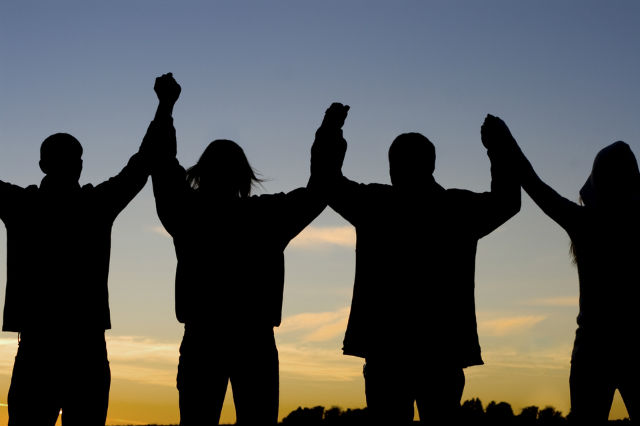 15. The world finally achieves peace but dies from boredom

Yay! We did it! World peace is achieved and there is no need for Miss America contestants telling us about it anymore! Umm…so now what? What should we do? Hold hands and sing kumbaya…again? Man, this is pretty lame.