As I sat down for breakfast under a thorn tree at the Hlane Royal National Park, two waitresses swayed in my direction, singing. They were serving plates of bacon, eggs, sausages, liver, onion and baked beans. “Jesus, touch me,” Millicent murmured, humming as she placed a mound of breakfast protein in front of me.

Swazis love their baked beans and gospel music, in no particular order. But there are more reasons to visit this tiny country squeezed between South Africa, Kruger National Park and Mozambique. 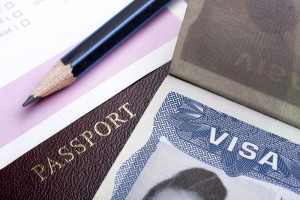 South Africans (and citizens of other Commonwealth countries) do not need a visa, but you will need a passport and R50 per car to enter at the border posts.  No visas are issued at the borders. Driving takes about 4 hours from Johannesburg or Durban. To get there by air, fly to OR Tambo International Airport in Johannesburg, and then transfer via Swaziland Airlink (45 minutes) to Matsapha International Airport in Manzini.

The country is roughly divided into four regions – the Highveld, Middleveld, Lowveld and Lebombo regions.  You will see hydroelectric dams, granite 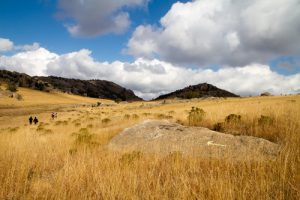 boulders, rolling hills and indigenous forests. Travelling east, the landscape changes to grassland, bush and aloe-studded hills and when standing on the Lebombo mountains in the east, you will look towards Maputo and down on sprawling sugar cane plantations. Apart from the landscape the local people, markets and culture are equally photogenic; festivals with spirited dancers, women wrapped in colourful cloths and markets with colourful conglomerations of citrus, herbs and baskets.

Swaziland requires more of a traveller than just driving through, you will need to get out. Walk through a local market and buy a bag of grapefruit.  Climb a boulder and watch the moonrise over the Ezulwini valley.

Ride a horse, sleep in a cave. Join a boat excursion and fish on Maguga dam  or ruin your hair-do on a white water trip or ziplining through a forest.

Given the small size of Swaziland there is a lot to experience without spending too much on fuel. Whether you choose to camp for R70 per site or go for heated towel rails and 7-course meals you will be happy to part with your cash. Fuel and food is cheaper that in South Africa and lots of fresh produce can be bought cheaply by the roadside. A local beer will set you back about R15 and for R2 a cup you can imbibe in traditional African beer. Umqumbothi is a home-brewed creation and a fabulously evil- tasting alcoholic concoction. Guided game walks start from R155, game drives will cost from R210 and horse riding starts at R155 for up to three hours. Entry fees to game parks range from free to R40/person. 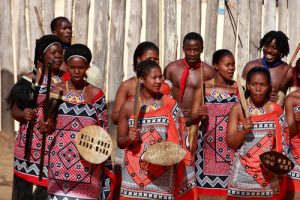 Go party it up almost any month of the year. The Marula festival in February celebrates the harvest with traditional marula beer, the King’s birthday is in April and the MTN Bushfire music and arts festival lights up the skies in May/June. The 8-day Umhlanga or Reed Dance is celebrated by almost 40 000 Swazi maidens dressed in their most vibrant attire. They cut reeds and dance for their king in the hope that they might be chosen as his next wife. Swaziland’s most important cultural event is the Incwala and it is celebrated late December or early January, depending on the stars.

The food is great

There are baked beans, yes, but unlike any you have tasted before. Mixed with mayonnaise, peppers or raw onion, they accompany any meal at any time of the day and are often paired with thick maize meal porridge called pap.
Steak, oxtail or liver are common sources of protein. I had the best lamb chops ever at Magadzavane Lodge and fresh vetkoek — traditional South African fried dough bread — made in a cave in Mlilwane Wildlife Sanctuary. Desserts range from chocolate waffles to Madeira cake and sherry served in tin cups. Did I mention the pineapples?

Whether you like baked beans or not, Swaziland will blow you away.

See Swaziland on a self-drive trip: contact Elefant Tours to book or help you design an itinerary.