The Day of the Dead is a serious holiday observed in Mexico and one of the world’s most unique celebrations and rituals to pay respect to the deceased. Adorned with decorative skulls, coffins, and caricatured skeletal drawings, Mexico’s unusual celebration almost comes off as a mockery to outsiders. But if anything, this holiday is the exact opposite. Here are 15 things you didn’t know about Day of the Dead. 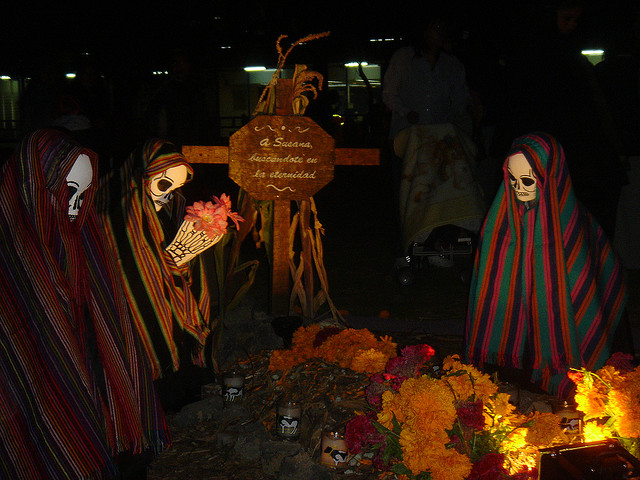 Dia de los Muertos is the Spanish translation for Day of the Dead. It also can be referred to as el dia de muertos, dias de los muertos and todos santos. 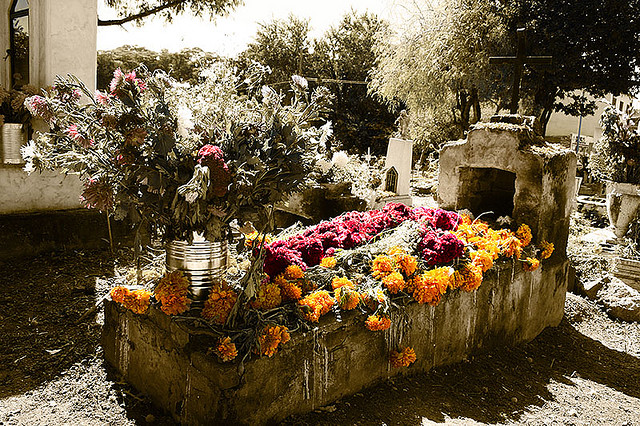 Usually the day before the event, relatives of the deceased visit their tombs and embellish their grave sites with skulls and marigolds to prepare for the celebration. After successfully adorning the graves, they hold a vigil that involves music, dancing and food (no, this isn’t someone’s bat mitzvah). 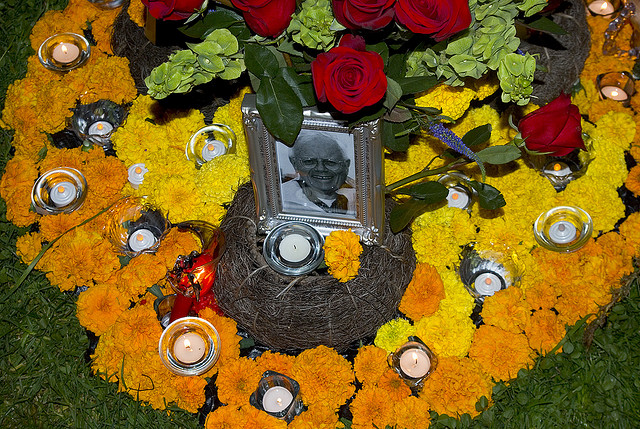 The Mexican cempasuchitl or what we would call marigold is traditionally used to honor the dead. The yellow hue represents the sun, life, and hope. You’ll often find shrines, tombstones, and artwork surrounded by this tangerine-colored flower.

4. Visitation from the soul

Many Mexicans believe that the soul is eternal and frequently visits them. Like a traveling salesman, the soul of the deceased travels back and forth to Earth. The celebration is a recognition to establish awareness that they’re being visited by a loved one. 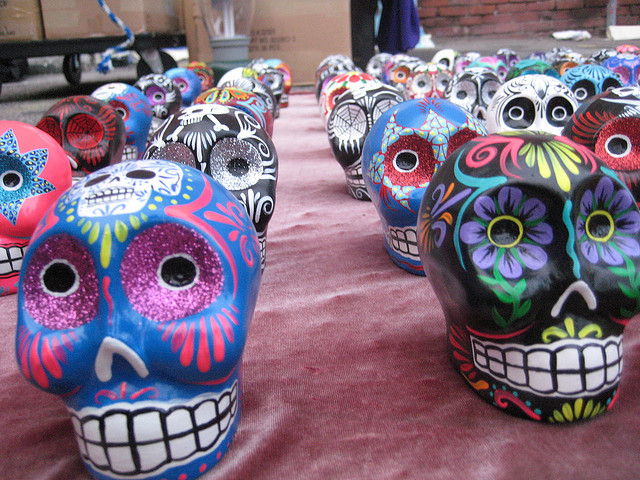 The artistic skulls, called calveras are representations of the dead’s skeleton. They are often made with clay and painted with gaudy colors. 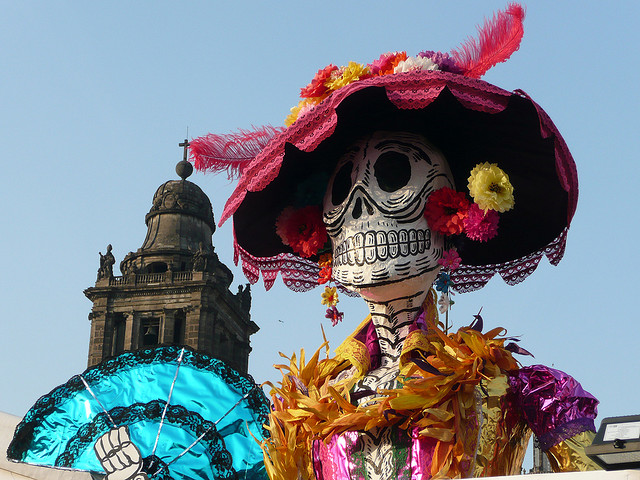 Coined by the famous Mexican muralist, Diego Rivera, the most recognizable calvera is the female La Catrina. You can usually recognize her by her large hat and elegant gown. She is a satirical portrait of Mexicans who adopted European aristocratic customs.

While this holiday seems like a contemporary hipster’s invention, it actually stems from the Aztecs over 3,000 years ago. The Aztec natives would take human skulls as trophies and use them for rituals to symbolize the cycle of death and rebirth. The Aztecs did not believe in mourning the death of their revered ones, but rather wanted to celebrate the life they led. 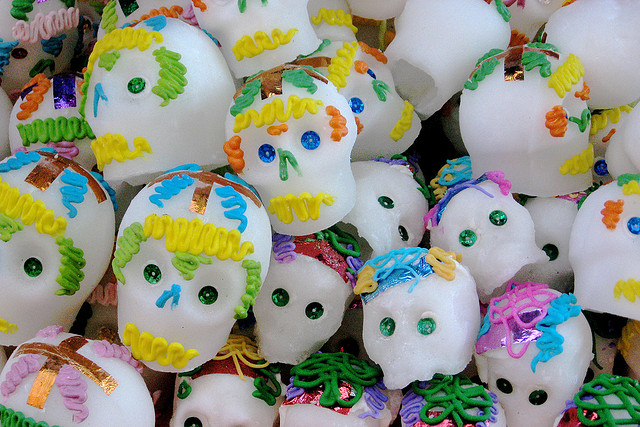 Again, the skulls are a sweet representation of the deceased made in the form of a treat. The sugar skulls are made from sugar canes, but are often somewhat bland tasting. The candies aren’t really supposed to be for eating, but rather for decorating. However, many people started adding sweeter flavors to the sugar skulls to enjoy. You can find a recipe to make your own set of sugar skulls here.

The Day of the Dead event is actually a two-day event. While people usually celebrate on November 2nd, November 1st is a special day to pay respect to infants and children whose lives were cut short.

Lore has it the most evil entity that people watch out for is La Llorona (the weeping woman). La Llorona was a woman named Maria who had three children. When she fell in love with a man who did not want to be with her because of her children,  she drowned them only to find out the man didn’t want her anyway. (Did Susan Smith come to your mind too?) Wrought with emotion, the mother drowned herself to death and is said to haunt Mexico looking to take away unruly children. 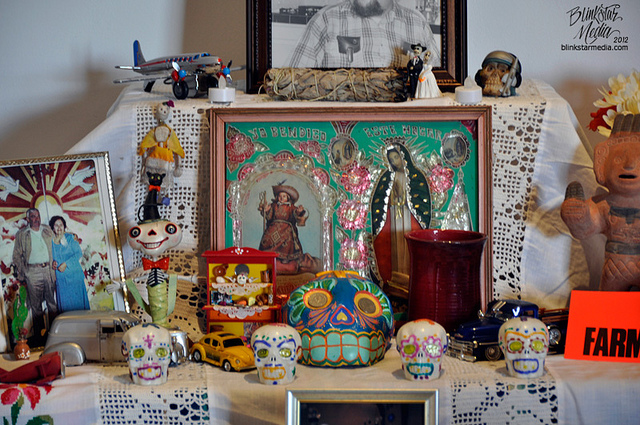 In traditional Mexican households, it’s not unusual to find an assortment of calveras, religious icons and photographs of the deceased as a mini shrine. The shrines are representations to let the dead know that the living has not forgotten about them.

12. Outside of Mexico celebration

Because of the visually appealing and odd attraction this holiday embodies, many countries such as the United States and most of Europe have adopted it to celebrate. This holiday is taken so seriously that people can officially request a religious day off to participate. 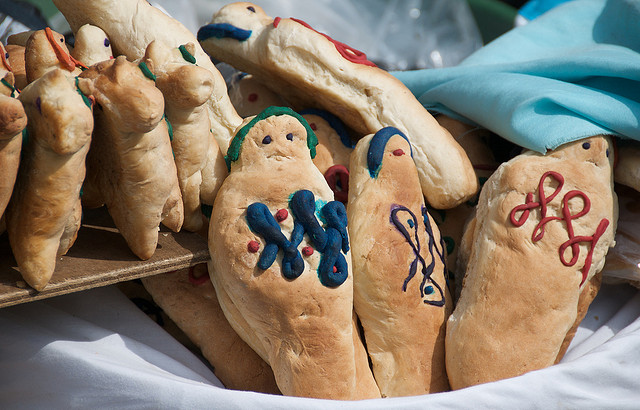 Breads are commonly seen at altars and tombs along with sugar skulls. But unlike the sugar skulls, the breads are edible and can be decorated as calveras or coffins. 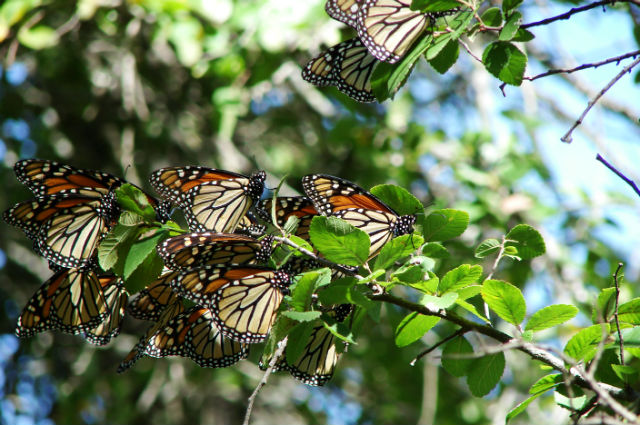 The indigenous people of Mexico believed that butterflies were the deceased in disguise paying a visit to Earth. You’ll see many Mexican artworks depicting skulls with butterfly wings to represent the visitation of the dead. 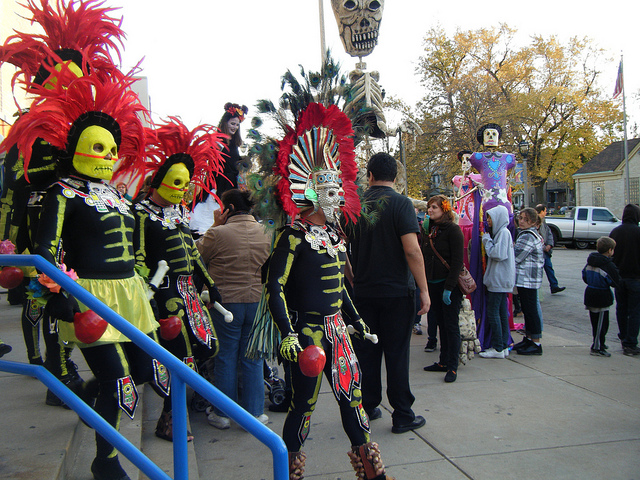 This holiday is so widely respected that UNESCO officially confirmed Day of the Dead as an Intangible Cultural Heritage of Humanity. In other words, this is not a holiday to mock and is to be taken seriously.