Sometimes a book or movie conjures a place so magical that we wish we could snap our fingers and transport there from wherever we are. From running through the corridors of Hogwarts to dodging dinosaurs in Jurassic Park, we take a look at 20 fictional places that we’d love to pack our bags and head to. 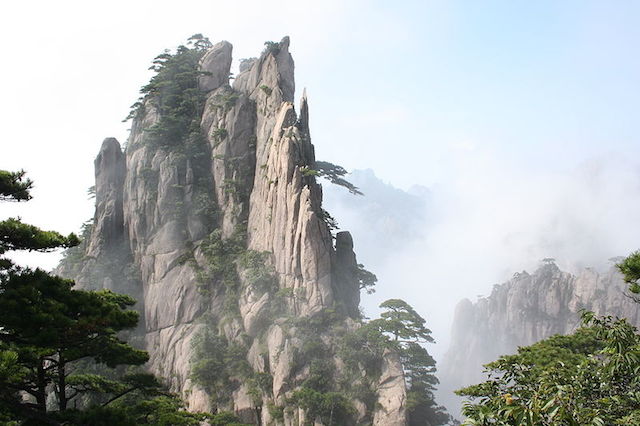 Floating mountains and blue people–who doesn’t want to go to Pandora? Best described as heavenly, imagine running around (half naked because that’s acceptable in Pandora) while everything around you lights up including the fauna and flora. 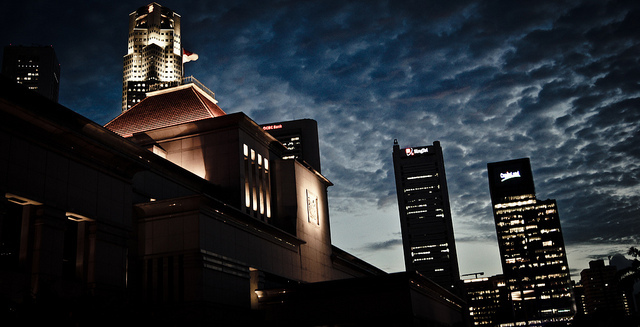 This fictional city is sometimes described as looking like New York from below 14th Street, from SoHo to Greenwich Village and the sinister areas around the base of the Manhattan and Brooklyn Bridges. The only difference is that The Big Apple can not fall into hands of The Joker or that guy with the weird mask (yes we know his name is Bane), and then be heroically saved by none other than Batman (the Christian Bale version not Ben Affleck)! 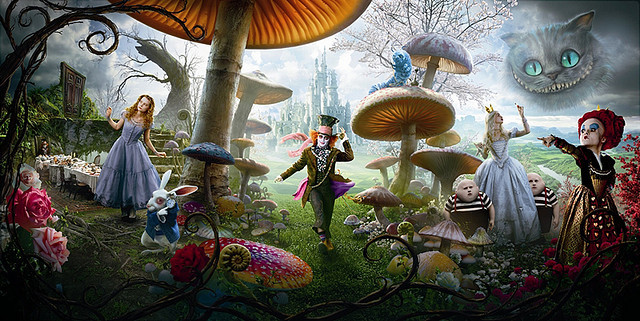 Getting over the shock of talking rabbits, cats and caterpillars are the least the amazing things to be found in Wonderland. Like Alice, you might need to drink potions and eat cake to make you shrink to the size of an ant or grow into a giant. But first, you need to find the rabbit hole to jump into. 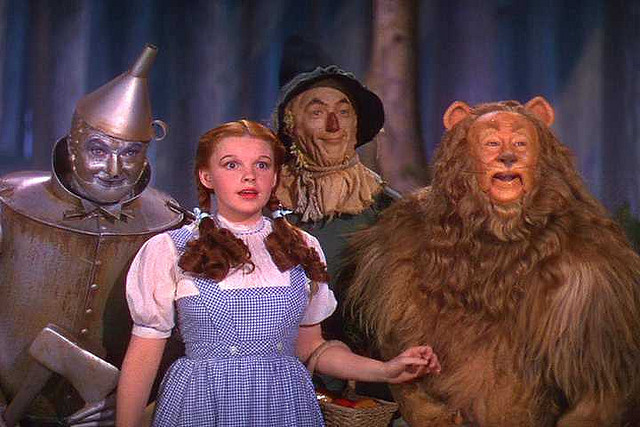 If you follow the yellow brick road form Munchkin Country, like Dorothy did in The Wizard of Oz, you’ll end up in Emerald City. In the capital city of the Land of Oz, you’ll need to wear green tinted sunglasses to protect your eyes from its brightness and glory. 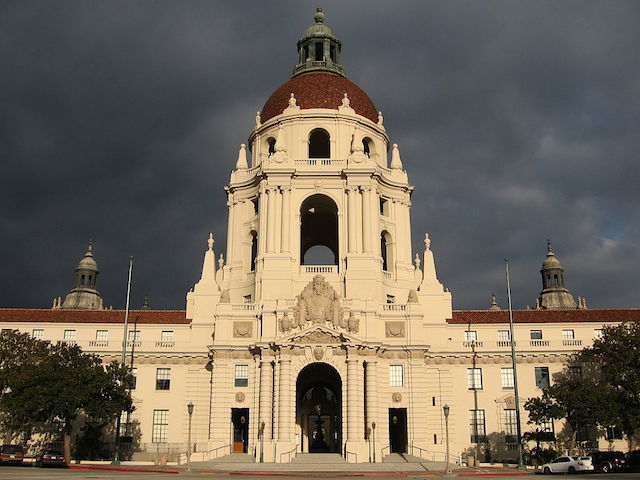 Pawnee is home to the hilarious Leslie Knope, Ron Swanson and many more of our favourite characters from the hit NBC comedy series Parks and Recreation.  The town has a colorful history and inhabitants, and according to the plot was founded in May 1817 by Rev. Luther Howell. 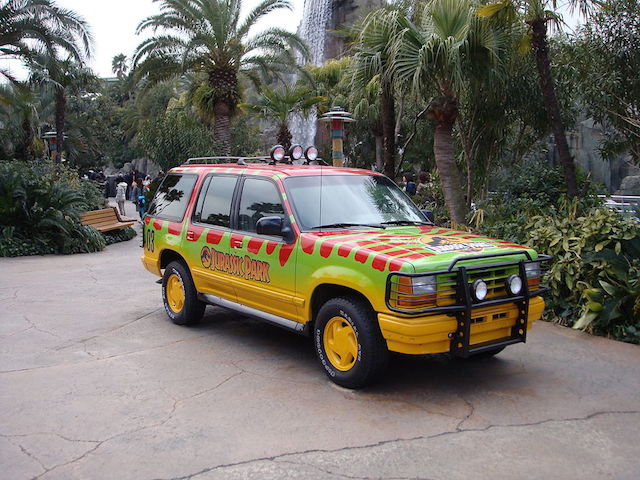 If you like dinosaurs then you’ll love Isla Nublar, an islet located off Costa Rica’s Pacific coast. Here, giant carnivores and herbivores roam free. You might get lucky and see a T-Rex that may or may not look at you through a car window in the pouring rain. 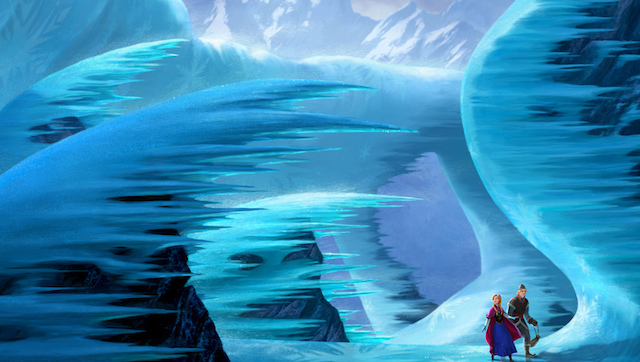 Even though Arendelle is frozen, you’ll most likely to run into Princess Anna, Queen Elsa or even a talking snowman. Plus, now that Elsa and Anna are friends again, the eternal winter is over and you might be able to catch a tan. 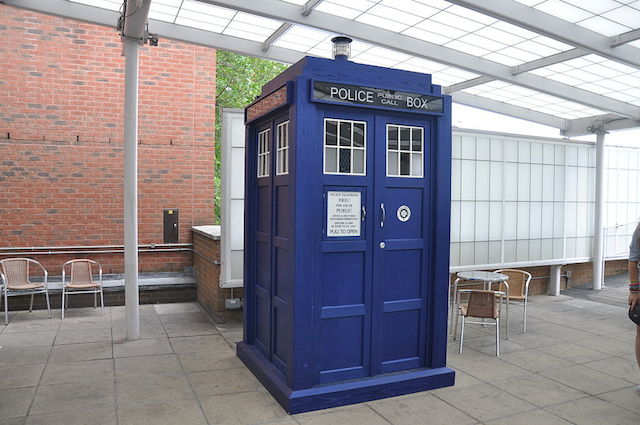 Who doesn’t want to go spinning through the air while time travelling. Yes, you heard me, time travelling. And there’s no better way to time travel than in TARDIS (Time and Relative Dimension in Space) from the British science fiction television programme, Doctor Who. 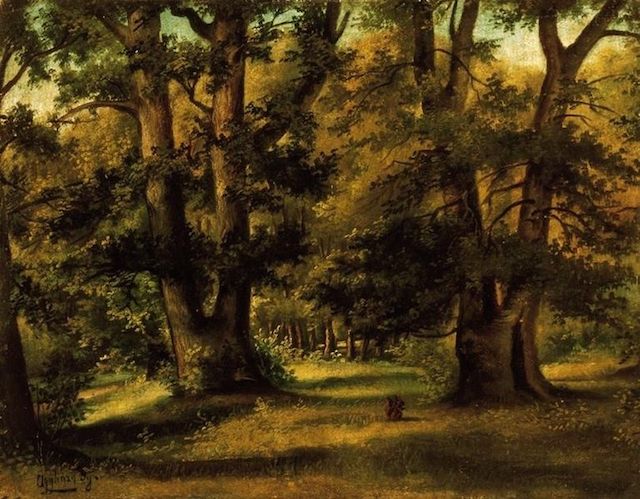 You could visit Ashdown Forset which The Hundred Acre Wood is based on, but you won’t find Winnie-the-Pooh, Picklet, Tigger or any of the other characters living there.

We all love the highly dysfunctional Griffin, Brown and Swanson families that live on Spooner Street in Quahog, Rhode Island. This crazy community is filled with loads of characters that will keep you laughing during your stay in this town. 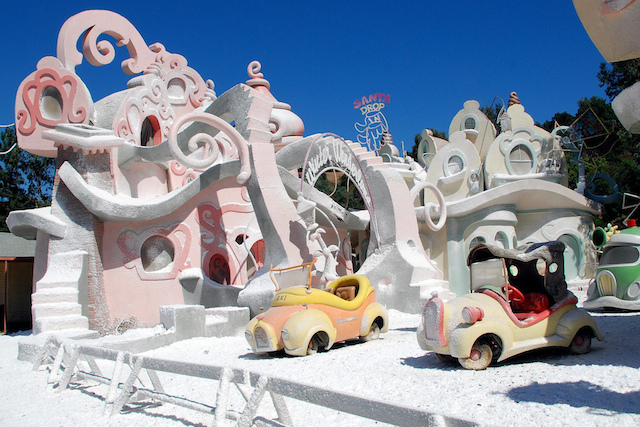 Who doesn’t want to visit a city in outer space? From 1962 to 1963, “The Jetsons” animated series captured the hearts and minds of millions with mobile phones, talking walls and flying cars–things that seem a little more realistic in 2014, but we still don’t have the flying cars. Arg! 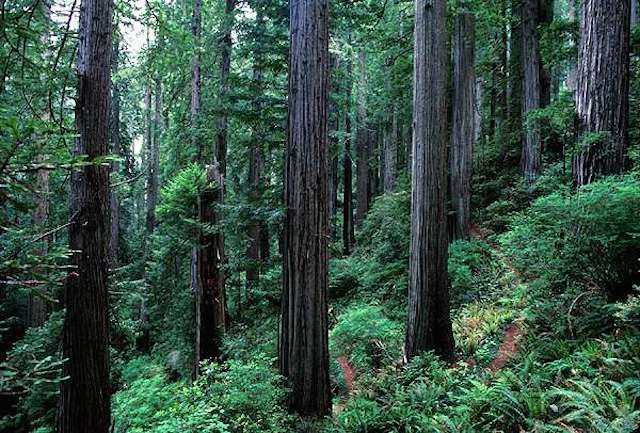 The beautiful forest moon of Endor in the Star Wars universe seems like the ideal place for a honeymoon. Covered by giant trees, it first appears in Star Wars Episode VI: Return of the Jedi and has a continuous presence in both the movies. The closest thing your going to get to this is by visiting the California redwood forests. 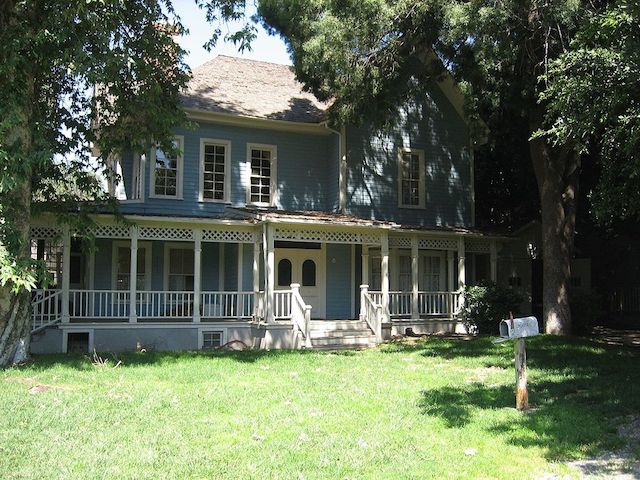 With a close-knit community of truck driving beautiful people, Stars Hollow in Connecticut would be an awesome place to live. With many quirky characters featured on the television show Gilmore Girls, this fictional town would be a real gem to see. 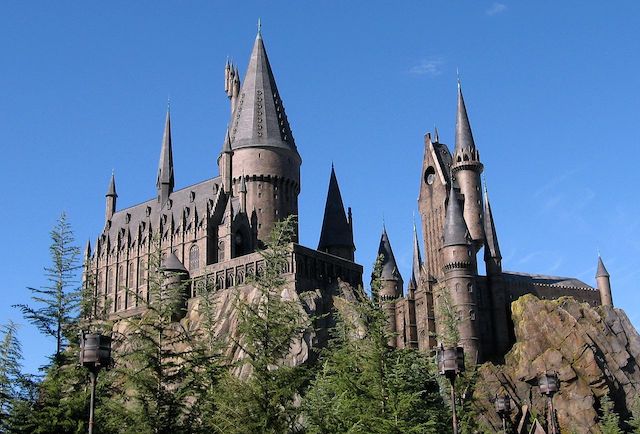 We are still waiting for an owl to appear at our window with an acceptance letter to Hogwarts School of Witchcraft and Wizardry. Escape into the world of magic from platform nine and three quarters and you’ll soon be on The Hogwarts Express on your way to Hogwarts. For now, the closest you will get is by going to Disney World in Orlando.

Home to our favourite foul-mouthed animated characters Stan Marsh, Kyle Broflovski, Eric Cartman, and Kenny McCormick, South Park is filled with bizarre adventures in and around the titular Colorado town. Be careful not to kill Kenny. 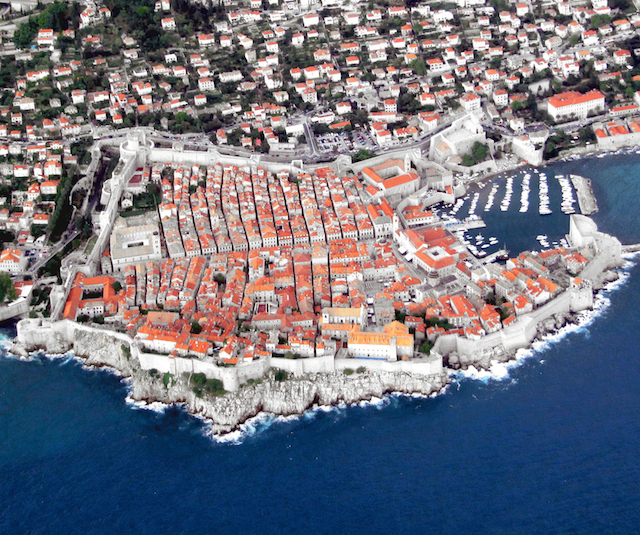 The capital of the Seven Kingdoms, King’s Landing  is located on the east coast of Westeros in the Crownlands, overlooking Blackwater Bay. The city in the popular HBO series is overpopulated and dangerous, so if you ever somehow go, watch your back. 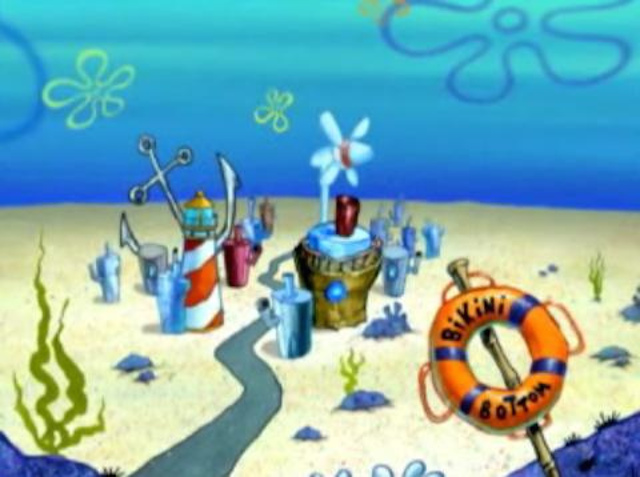 Who lives in a pineapple under the sea? SpongeBob SquarePants! And where is that pineapple? In Bikini Bottom. The most beloved underwater city is home to a bunch of animated creatures such as Patrick Starfish, Mr. Crabs and Squidward. 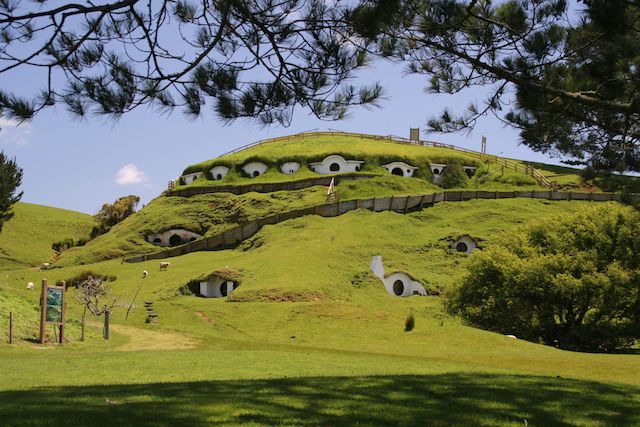 Lord of the Rings is set in the most beautiful locations with one of the most stunning being The Shire. The Shire refers to an area settled exclusively by Hobbits and largely removed from the goings-on in the rest of Middle-earth. If you want something similar, just book a trip to New Zealand. 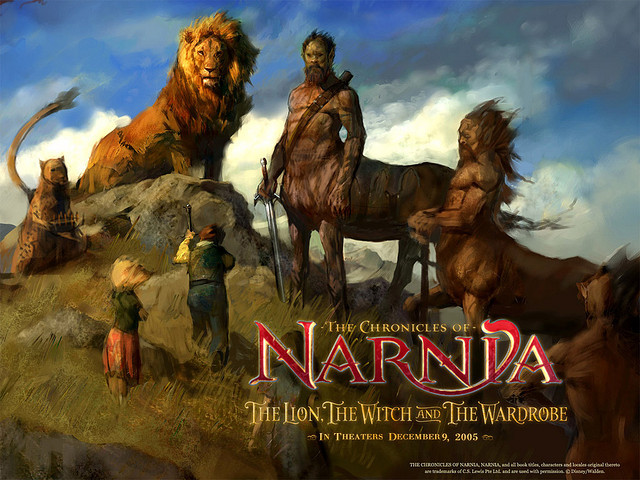 (Queen Of Light and Joy/Flickr)

Finding Narnina would be great, but finding  the wardrobe that leads to this enchanted world would be better. The wardrobe leads to the enchanted Narnia with witches, talking lions and no Christmas.