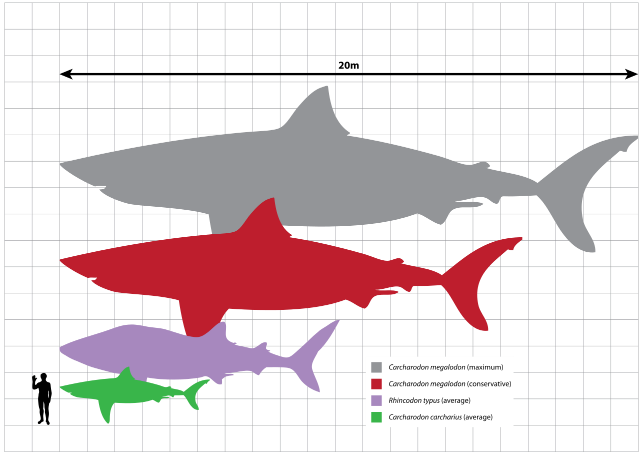 If you thought Jaws was scary, then you’re about to traumatized for life. The (thankfully) extinct megalodon shark is reputed to be over 60 feet long, dwarfing its cousin — the great white shark. The megalodon shark was so large that it snacked on giant whales and had teeth that were over seven-inches long. To this date, no one can tell you for sure why they went extinct. Today you can find fossilized remnants of its terrifying jaws and skeletons in multiple museums throughout the world.

Despite the name, this magnificent creature does not hail from Ireland. Standing a record-breaking seven-feet tall and antlers spanning up to 12-feet, the skeletal remains of this deer were found in Northern Asia, Africa and some part of Europe. The Irish deer finally went extinct due to its inability to withstand the weight of their heavily-growing antlers and getting entangled with trees. 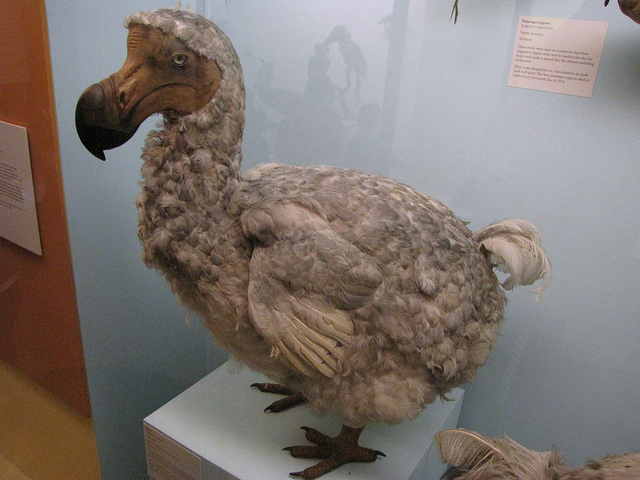 Originally from the island of Mauritius, these funny-looking flightless birds lived in perfect harmony with no natural predators before being discovered by humans. The incredibly friendly birds soon met their demise when they would waddle up to the hunters, unaware of their intent. Despite being clubbed to death by hunters, the birds were reported to be awful tasting and did not make good meals. 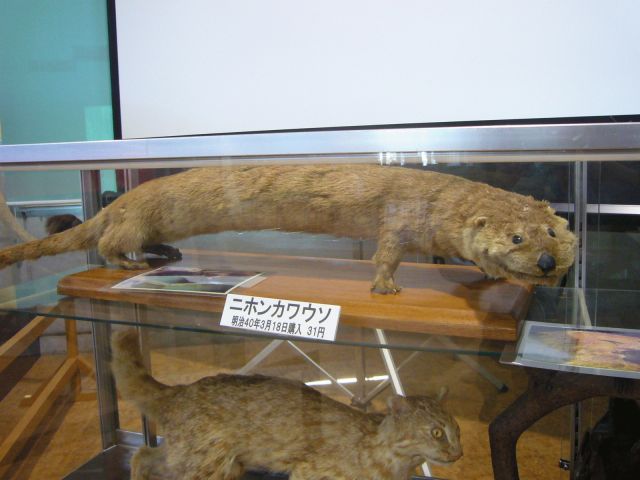 Once again, humanity claims responsibility for the diminished species of the Japanese River Otter. Last seen in 1979 in Japan, the nocturnal goofy-looking otters fell victim to over-hunting and drought. 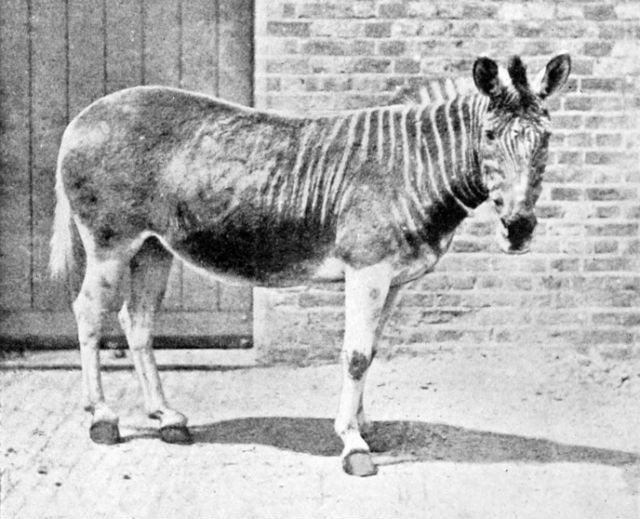 Looking like an offspring of a barn horse and a zebra, the quagga once roamed the plains of South Africa. The quagga was pursued for sport and leather trade for their unique hides. Unfortunately, its cousin–the endangered Grevy’s zebras might have the same fate if something isn’t done. 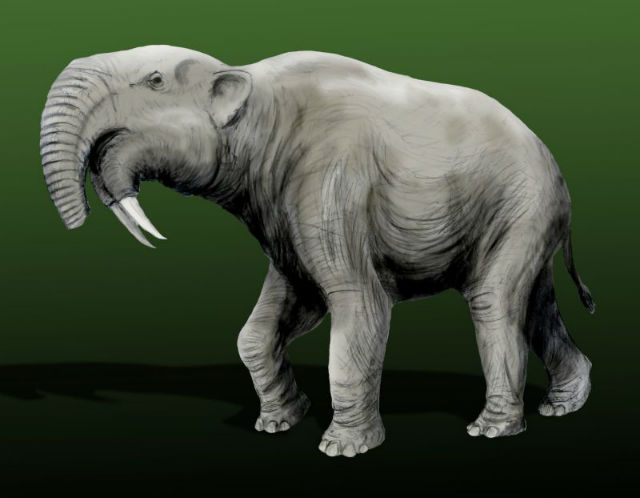 Slightly different than our familiar elephant, the deinotherium resided in the woodlands of Africa and Eurasia. Known for its shorter trunks and downward curving tusks, the 16-feet long prehistoric mammal was hunted to extinction by early humans.

One of the first animals to be documented and recognized as extinct, the giant ground sloth stems from South America. Despite their gnarly dangerous claws and the height of a polar bear, the extinct sloth were relatively peaceful and fed off plants. The giant ground sloth went extinct over the years due to un-adaptable environment (before humans got to them first).

Native to New Zealand, the flightless moa birds could have easily made ostriches into a happy snack with its large size. The moa became extinct when (who else?) humans colonized New Zealand and began to hunt them. 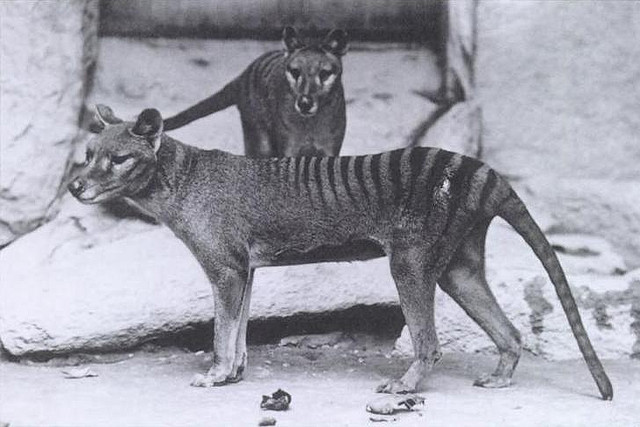 Despite what the name might tell you, the Tasmanian tiger was more closely related to a hyena than a tiger. They were hunted to extinction by farmers who were tired of their appetite for their herds of sheep. The last known tiger died in captivity in 1936 and since then, there has been rumors of the possibility to de-extinct the breed using their DNA samples we have stored.

This saber-toothed cat lived in North America before its extinction. While we’re all grateful that we do not have to deal with the security threat of these large creatures, it would have been nice to admire their unique appeal from afar. The last known smilodon went extinct 10,000 years ago when they could no longer adjust to their new surroundings. 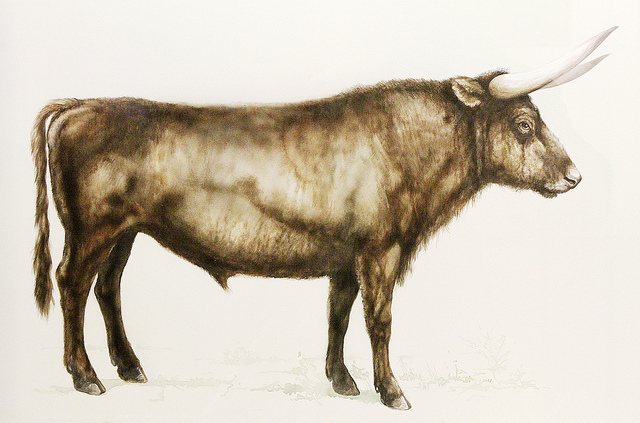 Famously depicted on cave paintings, the recognizable auroch stood six feet high and weighed up to a ton. Lasting for centuries, the auroch was widely hunted to near extinction, leading to a new law to declare poaching aurochs illegal in Poland. Despite the attempt to save the cattle’s population, the last known auroch recorded died of natural causes in the forest of Poland. 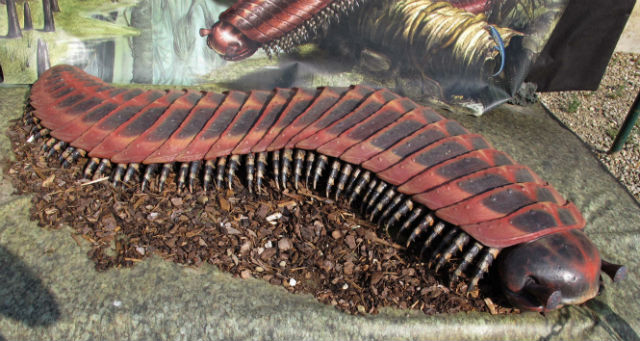 With the apperance of a slithery monster straight out of a low budget horror film, the arthuropleura was a giant centipede that lived in North America. Ranging from one to eight feet long, the freaky bug was so large that it was speculated to be carnivorous. It went into extinction around 340-280 million years ago (allowing us to sleep easier at nights).

With the enlarged body of your typical kanagroo and a face of a Pekingese, the short-faced kangaroo was the largest marsupial ever known. Like many other extinct animals, this large creature’s population dwindled after being hunted for meat.

If there was ever an existing Princess Bride’s ROUS (Rodents of Unusual Size), it would be this Josephoartigasia Monesi–the largest rat to ever crawl its way across the planet. The prehistoric rodent went extinct along with others during the Ice Age. 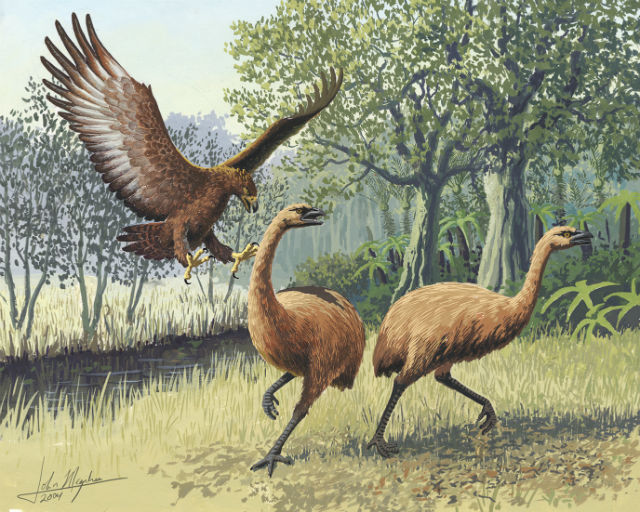 Imagine the most terrifying gigantic eagle that can swoop a 300-pound man up into air for a tasty nibble and you end up with Haast’s Eagle. Just like the extinct moa birds, the dangerously large eagles resided from New Zealand and was known to contribute to the moa’s extinction. When the moa population ceased to exist, the Haast’s eagle were starved off since there was no moa food for them.