People love to enjoy healthy and nutritious foods. But there are also many foods that can be fatally disastrous (beyond the Big Mac). Here are the 15 most death defying foods in the world — to be eaten at your own risk! 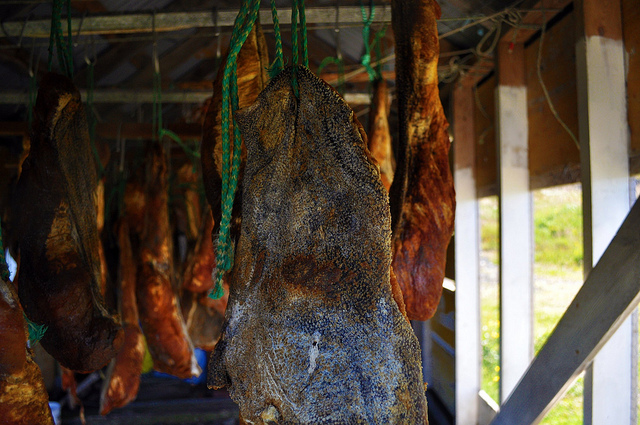 The Hakarl is a foul smelling shark that has been fermented and rotted for six months before it is considered “safe enough” to eat. During the six months, the fermentation process includes filtering out all of the toxins. However, the filtration process is not always 100% successful. A delicacy to those without the sense of smell! 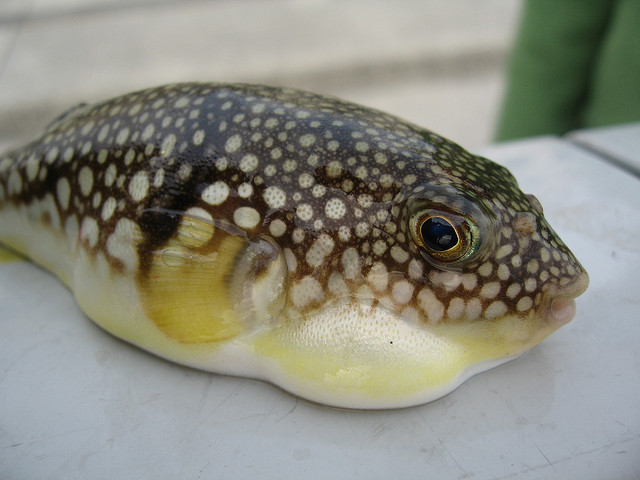 The fugu is a Japanese pufferfish that must be prepared by a licensed expert. If the dish is poorly executed and carelessly prepared, you will face intense sickness and even death. Some mischievous fugu preparers like to taunt their diners by leaving behind a tiny portion of the poison on the fish just enough to numb your lips to remind you how close you are to death. This is the perfect dish for the thrill-seeking epicurean in you. 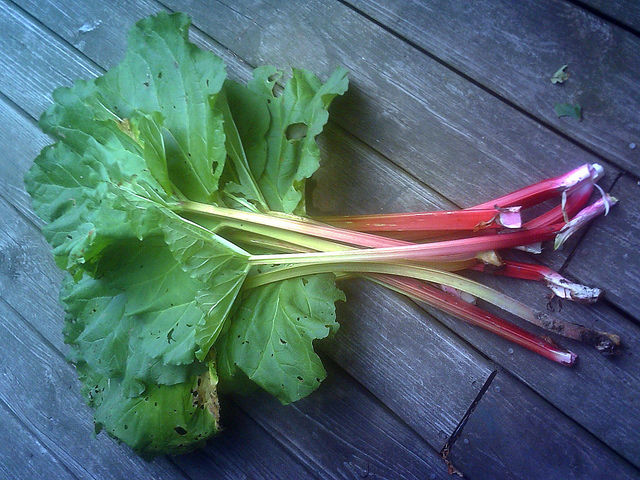 Who doesn’t love a good rhubarb pie? The rhubarb makes a tasty treat, but its leaves contain oxalic acid that can give you deadly results. Symptoms include diarrhea, red urine, swollen throat and mouth, eye pains, coma, and red patchy skin that suspiciously resembles a rhubarb. So listen to your mother when she tells you to cut off the leaves because sometimes, mothers know best. 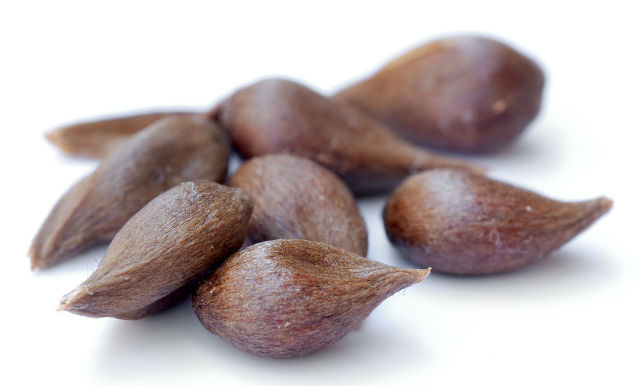 No one told Johnny Appleseed that his bag was full of cyanide. Although apples are delicious, healthy and its seeds can be safely consumed in small portions, a large dose can lead to extreme vomiting, kidney failure and coma. 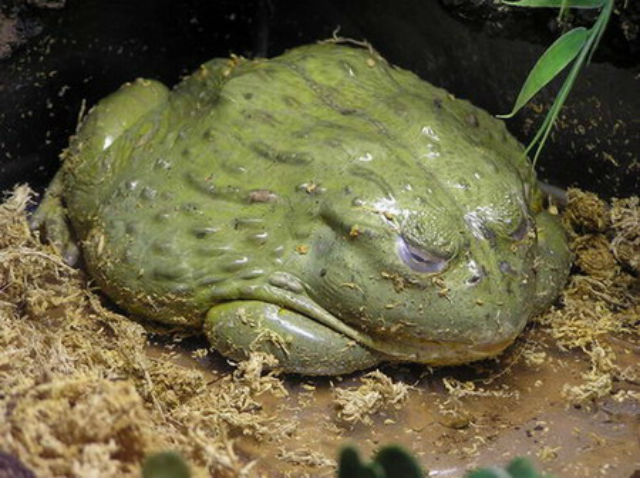 That’s one frog you do not want to kiss (or eat). The African Bullfrog is a popular slimey dish in Namibia, but can only be eaten in a certain way. Eating the wrong body parts will not only give you warts, but will result in a painful death. Ribbit in Peace. 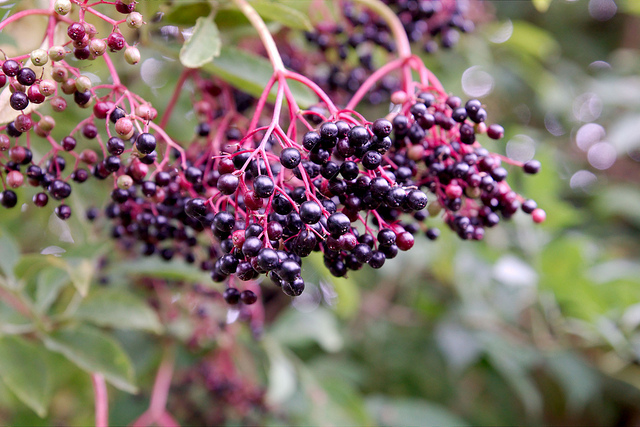 Although the berries are safe to eat, its leaves and twigs must be carefully removed to avoid consumption. Eating the twigs and leaves can result in severe sickness that will weaken and potentially kill you. Now you’ll know the true meaning of the harsh words when someone makes fun of your hamster mother and elderberry-smelling father. 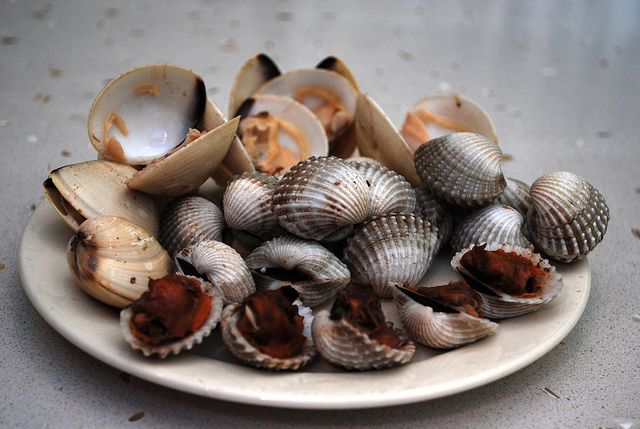 This should frighten you out of your cockles. Blood clams are notoriously known for giving people typhoid, hepatitis A and dysentery like an ill-fated character in Oregon Trail. Certain blood clams can be safe if harvested in specific waters, just be sure to ask your waiter where your clams are originated. 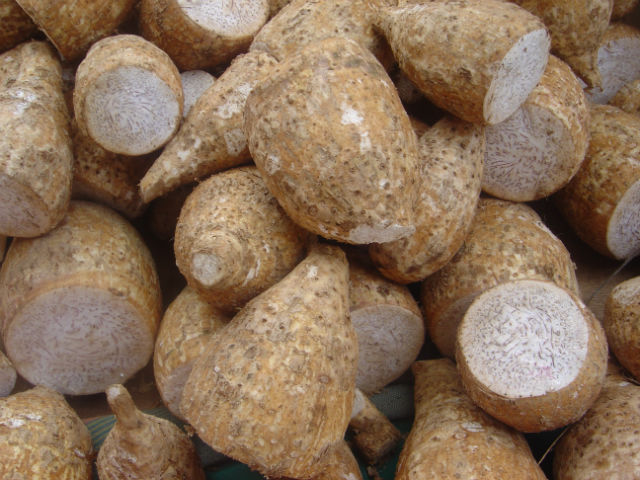 Just like the apple seeds, uncooked raw cassavas contain cyanide. When cooking cassava, the heat supposedly kills off any toxins residing in this yam. So if your cassava fries look a little uncooked, send it back to the kitchen and order the tater tots instead. 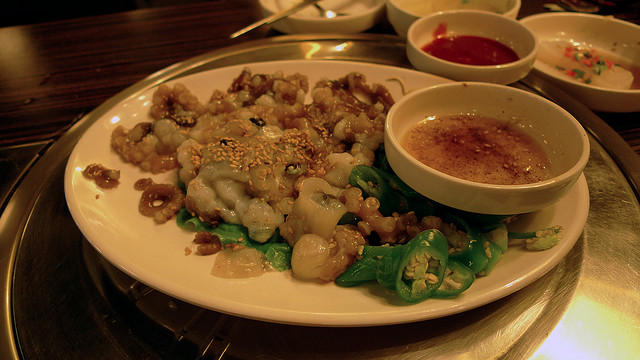 This dish is not for any sucker. Brave eaters must gamble their lives by eating this raw baby octopus whose tentacles still move around on your plate. The risk factor is played when you swallow the sannakji, their suction cups can latch onto your esophagus wall and choke you. Handfuls of daredevils love the idea of experiencing a close brush with death when they feel them crawling back up their throats from their stomachs. 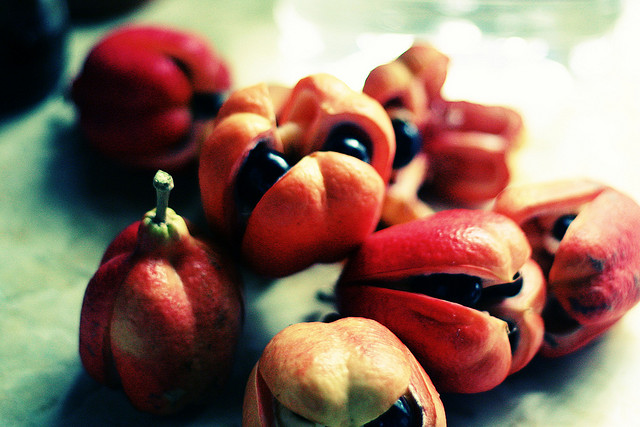 Popular in Jamaica, this fruit is only edible during ripeness. In order to tell its edible, be sure the fruit opens up its inside like a blossoming flower and reveals its bulbous black seeds. The yellow “meat” of the fruit is considered safe and tasty to eat while their seeds can prove to be lethal. 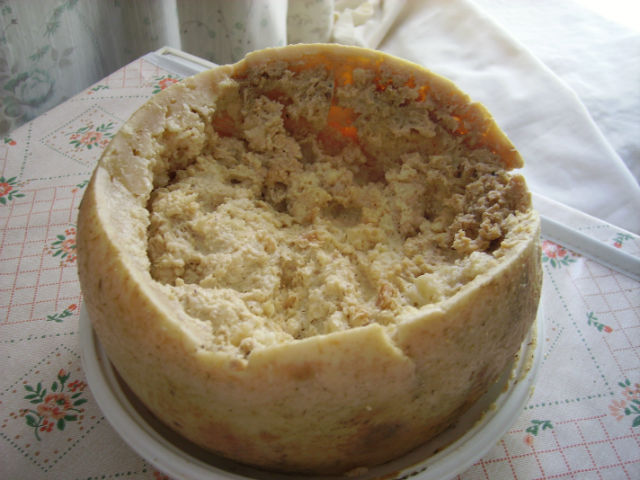 This will be the most disgusting cheese you will ever encounter in your life. The casu marzu is a cheese made with sheep’s milk and left outside for days for flies to lay its eggs inside and transform into maggots. Once laden with maggots, the cook will clear off any visible maggots and serve it to his guests. The downfall to this foul dish is that hidden larvaes can squirm their way into your intestines, causing severe illness. Yuck! 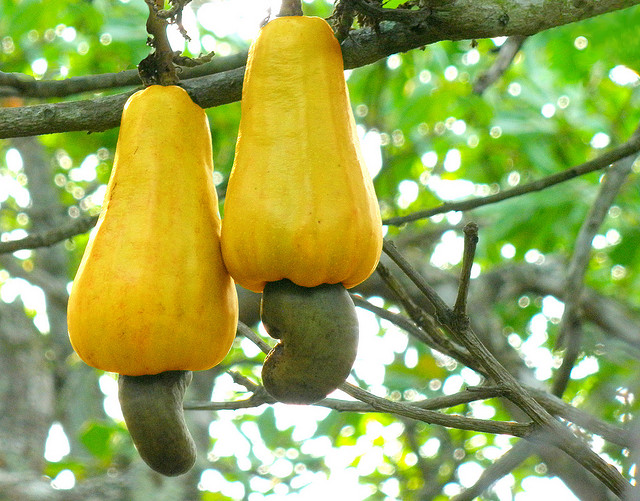 It is befuddling that not many people are aware of the poisonous effects of this popular nut. This is why you’ll never see brands selling cashews with its shells at your local grocery store. Their shells come from the same family as poison ivy and can cause severe inflammation in your body. Pretty nuts, huh? 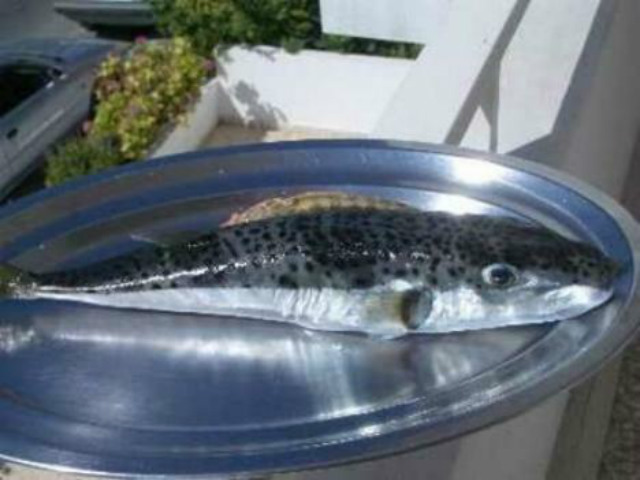 Like the fugu, this poisonous fish has to be expertly prepared by the removal of its organs. If pieces of liver or their other organs are accidentally consumed, there is no use in panicking because you will become paralyzed, or in some unlucky cases, cease to exist. 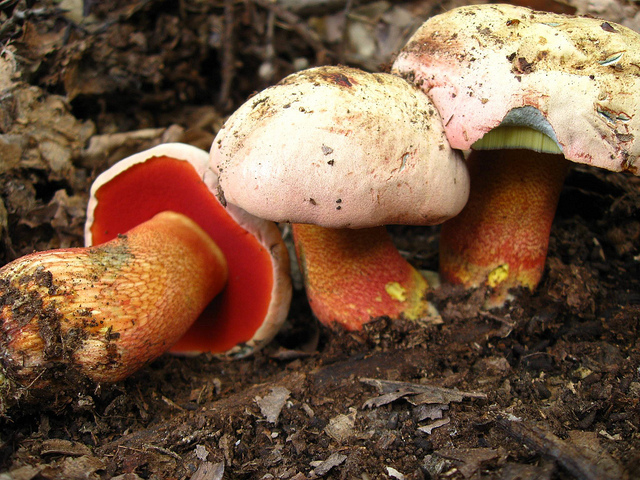 It’s easy to mistake an edible mushroom for a toxic one (this happens quite frequently). Unsurprisingly, a large amount of its victims are deadhead hippies and stoners that simply wanted a good psychedelic trip after an amateur scavenger hunt in a cow field. 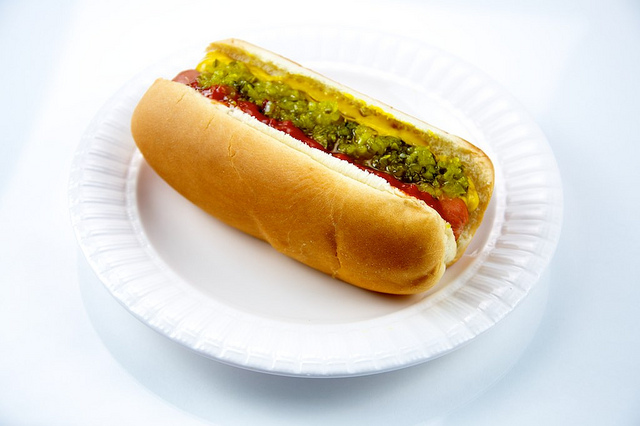 You might want to re-think the hot dogs when hosting a kid’s birthday party. While hot dog meats can be unhealthy, its shape is what makes consumption potentially lethal. Multiple reports show that when wolfing down a hot dog, a long piece of the meat can accidentally wedge into your throat and cause you to asphyxiate. So eat slowly, and don’t try to be the next Kobayashi.