If Uber or Lyft aren’t available in the city you’re headed to, you’ll have to flag down one of these unique and often terrifying taxis from across the globe. From being stuffed into a dolmuş in Turkey or cruising on the canals of Venice in a vaporetto, these are some of the coolest and unusual ways to get around in some of the busiest cities and countries in the world. 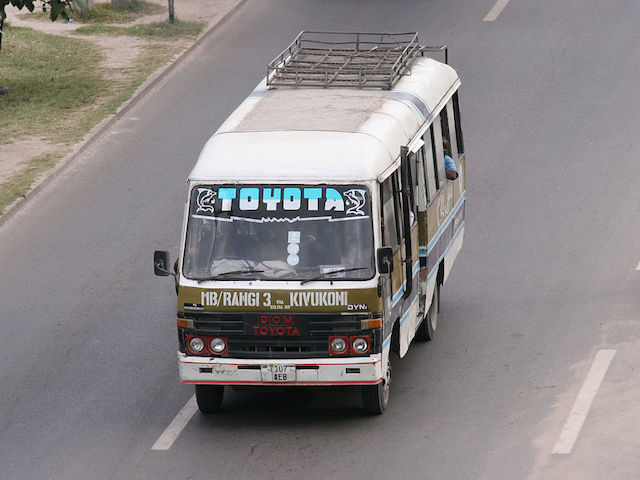 Resembling a bus from the 70s, dala dalas are the main mode of transport in Tanzania. They pick up passengers from central locations, but also stop along the route to pick up and drop off. Before the minibus-type vehicle was adopted, dala dalas were simply pickup trucks with benches placed in the back. Thank goodness they’ve upgraded!

Meaning “full’ or ‘stuffed’ in Turkish, a dolmuş won’t leave its current location until it has a sufficient amount of passengers on board. Even though these rugged shared buses might not look like the fastest mode of transport, they are pretty quick — once they finally get going! 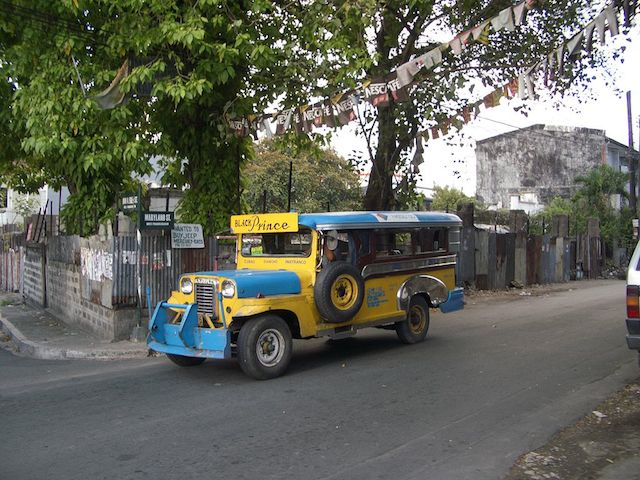 Originally made from US military Jeeps left over from World War II, jeepneys are the most popular mode of transport in the Philippines today. Built from newer parts in body shops, jeepneys often come in various colours and have very flamboyant decorations. With the entrance at the back, jeepneys have two long bench seats along with two spaces up front by the driver. 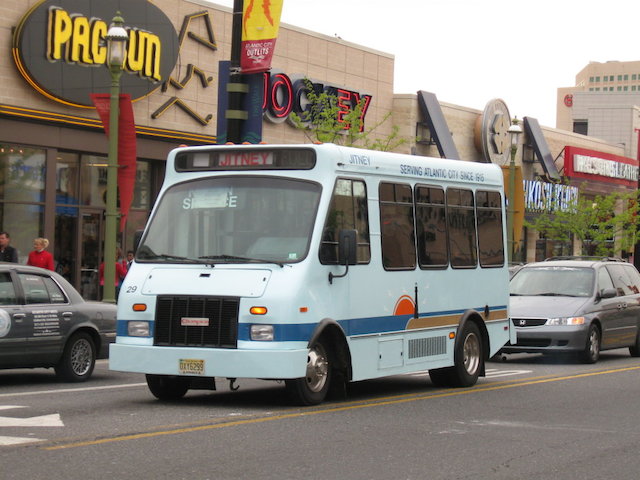 Jitney is a mixture between a taxi and a bus. Used in many US cities, like Pittsburgh and Detroit, they are generally small vehicles that follow a rough route, but will go out of their way to pick up or drop off passengers outside of the route. Be careful though, as the term jitney refers to both licensed and unlicensed taxi cabs — but for safety reasons, you’ll want to only ride the licensed ones. 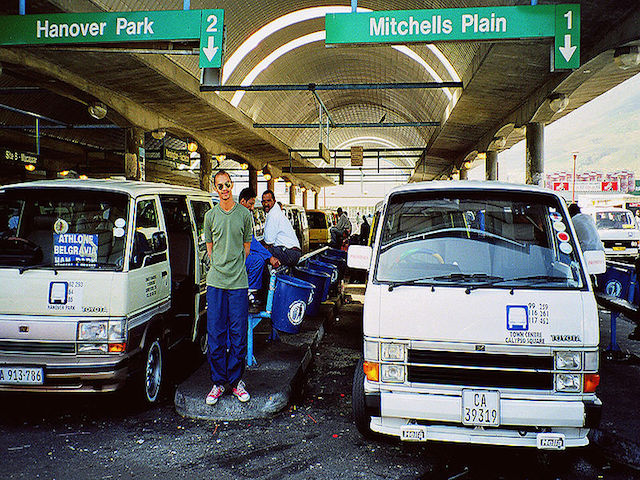 With over 60% of South African commuters using them, these 16-seat commuter vans (also known as kombis) are one of the most convenient yet unsafe ways to travel in South Africa. They often don’t follow road rules, are overloaded with passengers and are not roadworthy. Many are pimped out with stickers and have music pumping that will shake your insides. 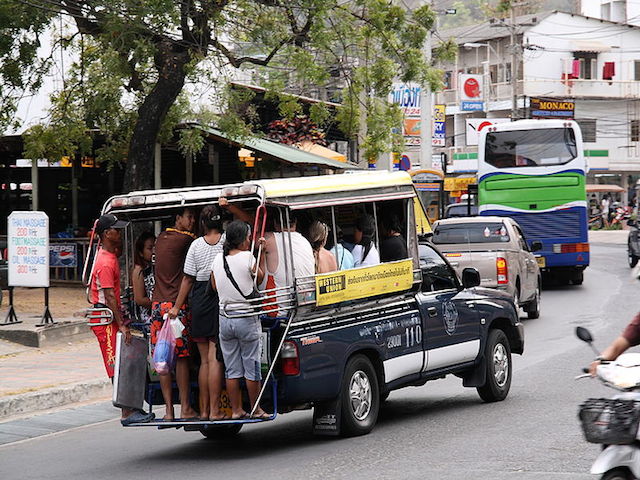 Meaning “two rows,” a songthaew is a large pickup truck where passengers enter through the back and sit on two benches that line the truck’s sides. Songthaews are a cheap transportation option in Thailand and Laos, and often look like moving Christmas trees. 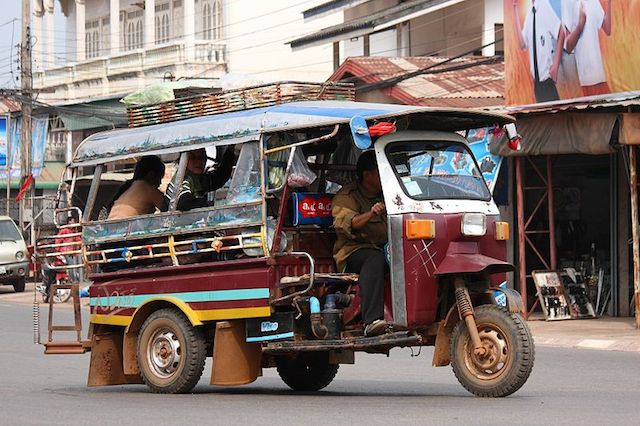 One of the coolest ways to get around India is by auto rickshaw, more commonly known as the tuk-tuk. This three-wheeled car is normally for single-passenger use, but can also be shared with multiple people if all are comfortable with it. Tuk-tuks can be found on every street corner and drivers are often risk takers on the road. 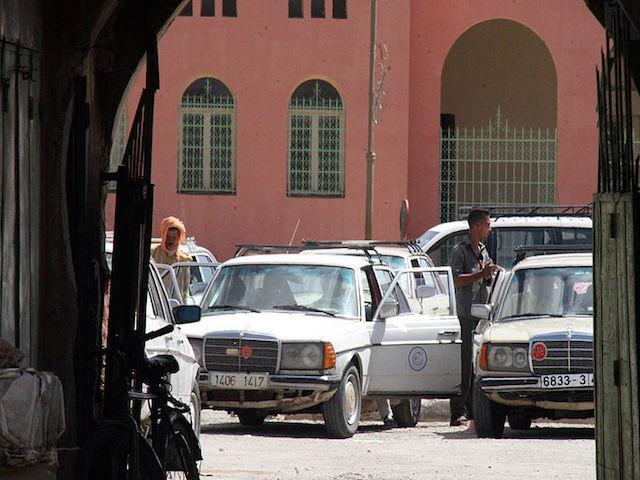 Mostly used for city-to-city or -village transport in Morocco, a grand taxi is a shared vehicle that operates on a system of organised chaos. Each taxi will drive a more or less fixed route to a set destination, and all passengers looking to go to that destination — or somewhere along the way — can share. 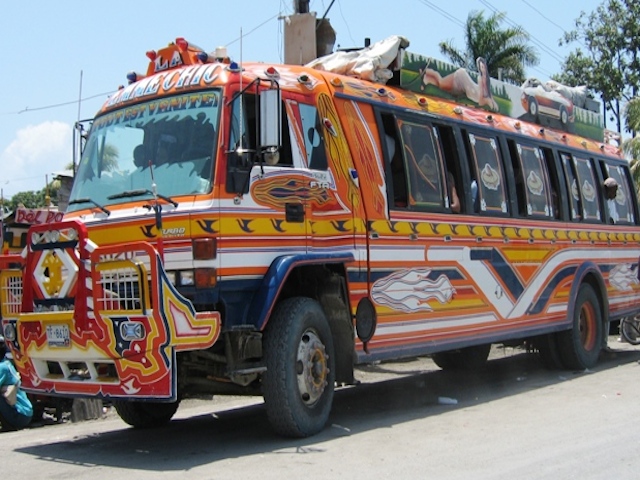 Tap taps are colourfully painted buses or pickup trucks that operate as shared taxis in Haiti. Tap tap means “quick quick” and won’t leave a destination until completely full. They follow a fixed route, but passengers can hop off or on at any point of their journey. 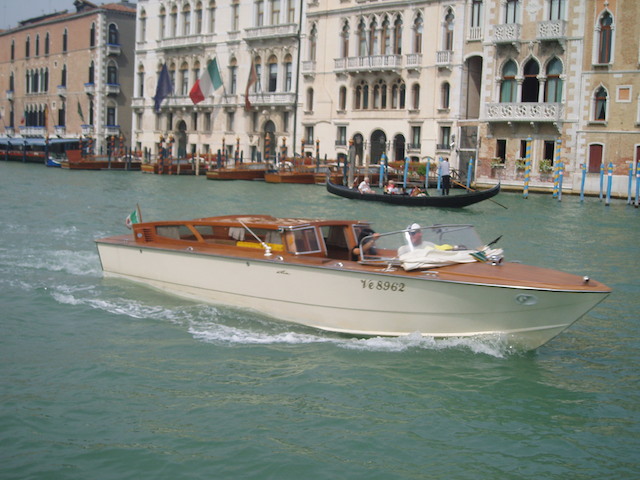 A luxurious and fun way to travel through the canals of Venice is by vaporetto, the Venetian version of the water taxi. These wooden boats work like normal metred taxi cabs, except on the canals instead of roads. Most locals in Venice use the water bus, leaving tourists and the wealthy to use water taxis. 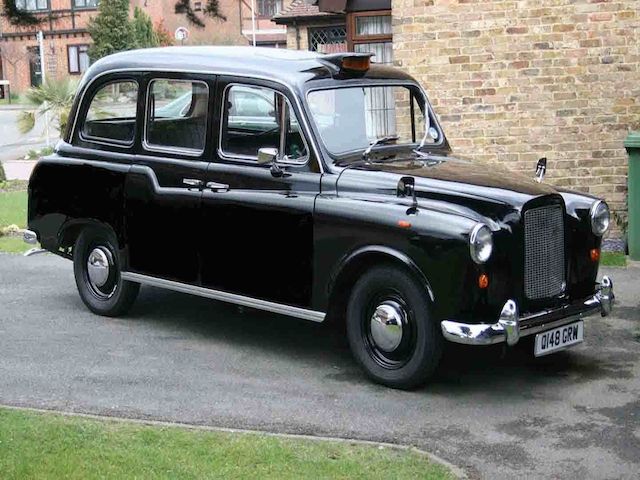 Also known simply as a “black cab,” you’ll see hackney carriages all over the streets of London. Even though they’re pretty pricey, hackneys (or London taxis) are a great way to get around and you’ll rarely get lost: drivers are required to take a comprehensive exam where they memorize pretty much every street in the capital. 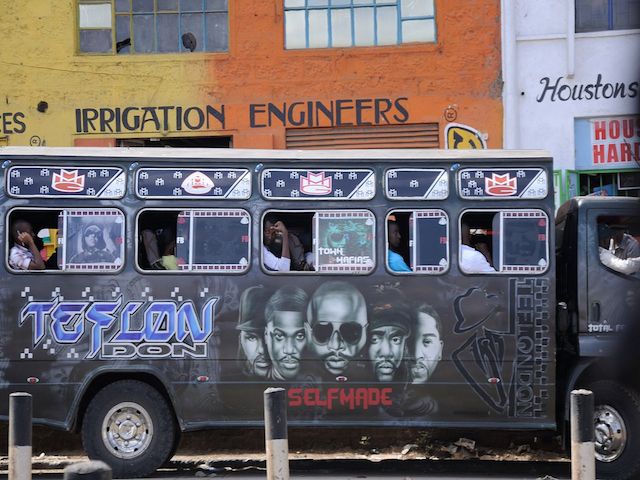 If you’re heading to Kenya, you can hop into a matatu, which is a privately owned minibus (or sometimes a pick-up truck). Most matatus are decorated with portraits of famous people and well-known slogans and sayings. 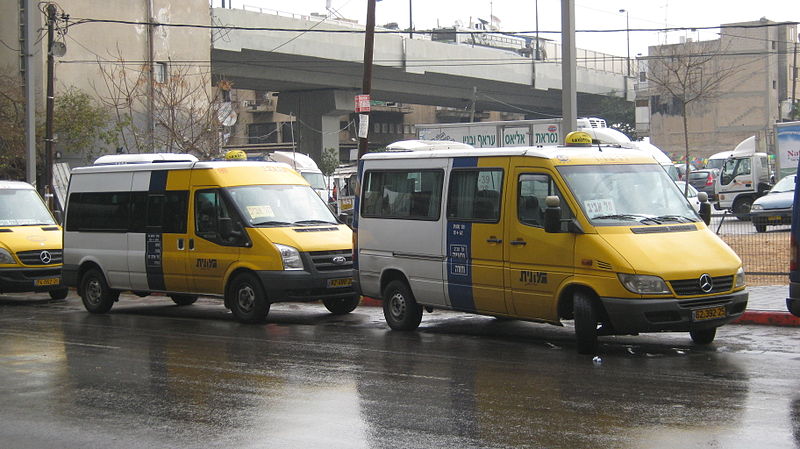 Meaning “service” in Hebrew, these shared taxis (which look a bit like delivery trucks) serve many Israeli commuters. Sheruts can be found at various pick-up points, only leave when full, and do not pick up passengers along the way (they will allow passengers to get off however). Sherut drivers are paid via a human chain whereby passengers pass fares and change back and forth through the vehicle. 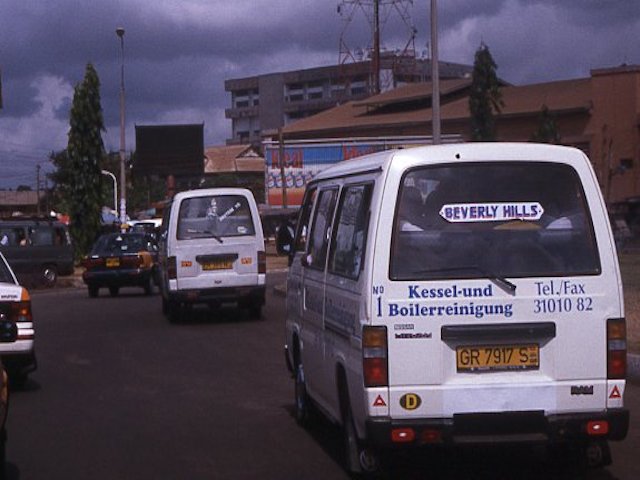 Operated by a driver and a conductor (who will often shout out destinations and collect money from passenger), tro tros are privately owned minibus shared taxis that run in Ghana. Traveling along fixed routes, tro tros only leave when they are filled to capacity.

In Lagos, Nigeria, rickshaws, which are locally know as “kks,” roam the city streets in Victoria and Lagos island. It’s possible to flag one of them down in the same way that you would flag a cab, but kks pick up multiple passengers, so be prepared to share your space.