For a little piece of Asia in Johannesburg, head to Chinatown, located in the east of the city. Joburg’s Chinese history dates back to the early 1900s, when British colonialists decided to use cheap Chinese labour on the Witwatersrand’s gold mines. ‘Old Chinatown’ was established along a part of Commissioner Street in downtown Joburg, and in the ’70s a wave of Taiwanese immigrants descended upon the city.

Along with this came a fair amount of friction, as the then-apartheid government insisted on classifying these newly-arrived Taiwanese as ‘honorary whites’ due to investment ties, while the communist, rooi gevaar (Afrikaans: ‘red danger’) mainland Chinese – who had been living in the city for decades – were deemed ‘non-white’.

Fast forward a little, add in post-apartheid freedom, downtown urban decay, and a massive influx of mainland Chinese immigrants (legal and otherwise), and you have ‘New Chinatown’, now located in the previously Jewish suburb of Cyrildene.

(All photos by Ang Lloyd) 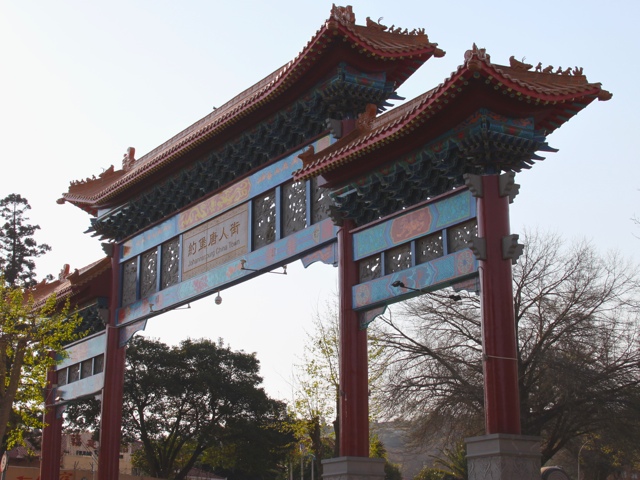 The entrance to Johannesburg’s Chinatown.

1. Gateway to another world

Chinatown’s entrance in Derrick Avenue, Cyrildene is marked by a quintessential, beautiful gateway arch. Another one is in the process of being built at the opposite end of the avenue; this main strip is where you’ll discover an array of Chinese supermarkets, authentic restaurants, sidewalk vendors, and even hair salons. 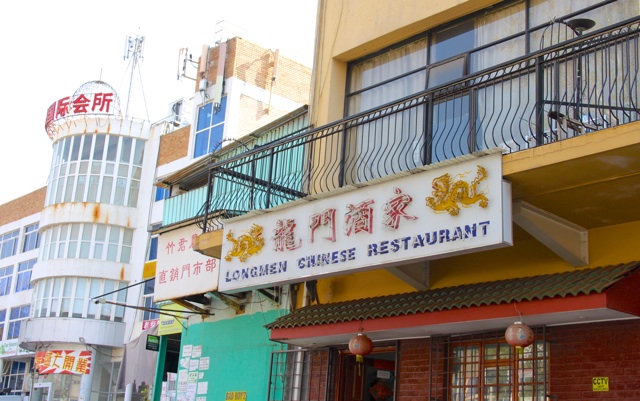 One of the many Chinese eateries located on Derrick Avenue, Cyrildene, Johannesburg.

Johannesburg’s Chinatown is home to a number of real-deal Asian eateries, ranging from Thai to Korean, as well as a plethora of Chinese take-outs and some of the best dim sum spots in the city. Most menus are in Chinese and English, but, if you’re brave, you can just go with what the table next to you is having. 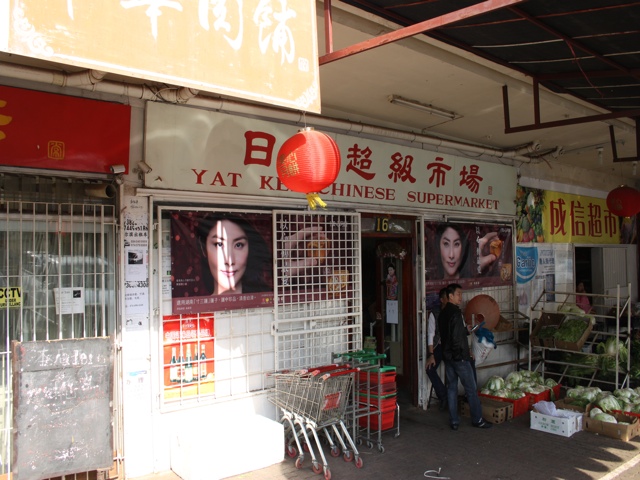 If you’re in need of a quick Asian-inspired grocery shop, Cyrildene’s Chinatown has a number of supermarkets that stock a range of Asian products, such as soya sauce, noodles, White Rabbit candies, frozen edamame, and bamboo shoots. Most shop owners can’t speak English, so it’s advisable to prepare ahead if your Mandarin is a little rusty. 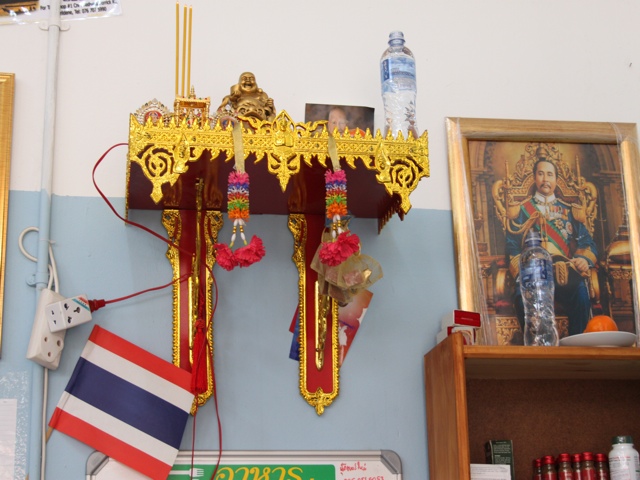 4. Beyond the Great Wall

Joburg’s Chinatown is not only home to all things Chinese, but also has some South East Asian and Korean influences. You’ll come across a handful of Thai supermarkets, one of Joburg’s best Thai restaurants (called Sai Thai), the ‘Gangham Style Korean BBQ’ eatery, as well as an Indonesian grocery store, among others. 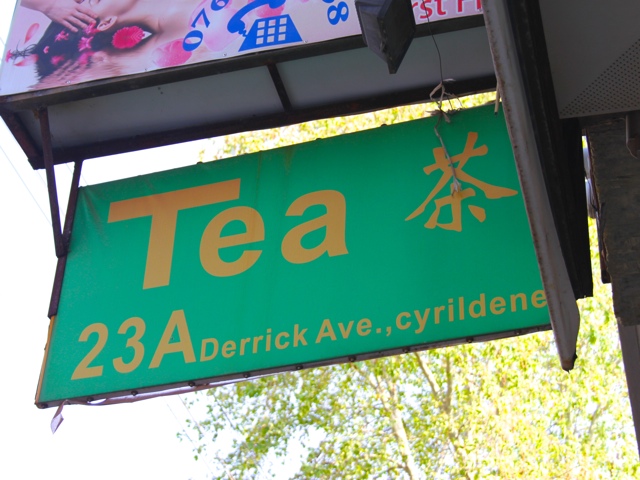 For tea aficionados, Chinatown has a few mind-boggling tea shops. Inside you’ll find all manner of high-quality Chinese loose-leaf teas: green tea, oolong, you name it. You can also get tea-making paraphernalia like clay tea pots. A couple of tiny sit-down tea shops also serve the beverage. 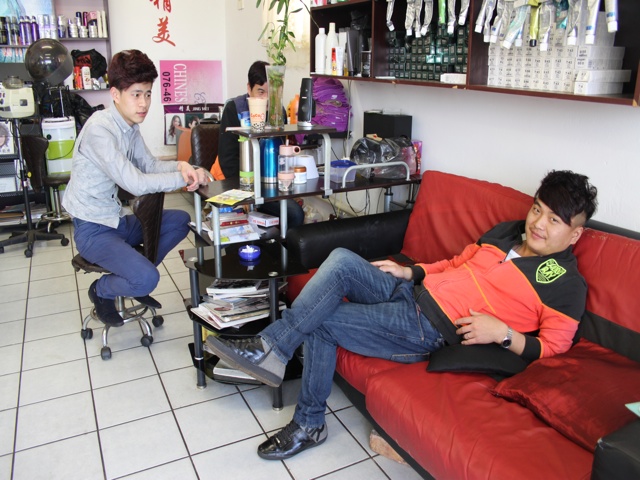 Inside a salon on Derrick Avenue in Joburg’s Chinatown – where real men hang out.

Cyrildene’s Derrick Avenue is dotted with small hair and beauty salons – which seem to be mostly male-owned and frequented. 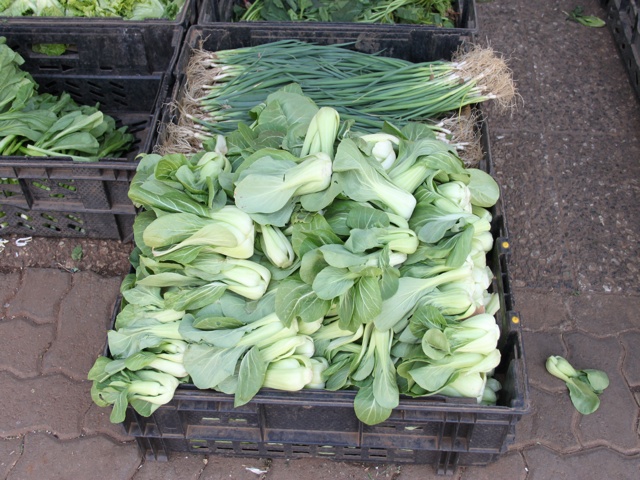 If you want to make a quick Asian-style stirfry at home, Chinatown is the place to find fresh ingredients: tofu, bok choi, and shiitake mushrooms quite literally line the sidewalks. And it’s super cheap (six blocks of soft tofu cost just over $1). 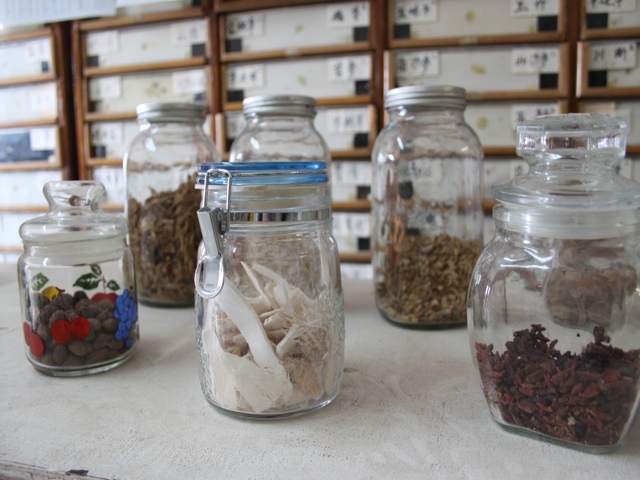 Suffering from a malady? Pop into a traditional Chinese medicine store on Derrick Avenue: here you can have needles stuck into you to release ‘chi’, find all manner of mysterious dried herbs in glass jars, or have an acupressure massage. 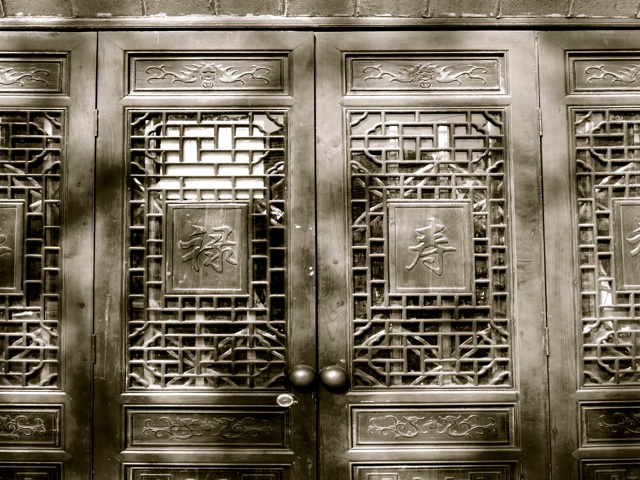 Along with the entrance archway, Chinatown has a handful of beautiful examples of Chinese architecture – complete with bright colours, intricate details, and gorgeous, incomprehensible characters. 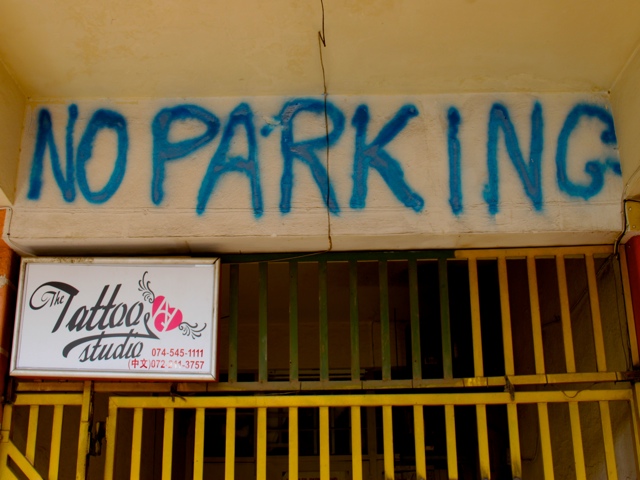 Part of the appeal of Joburg’s Chinatown is that it, like Johannesburg, is real and full of life. Chinatown is dirty and its restaurants aren’t fancy – but it’s definitely got character. A walk down Derrick Avenue involves dodging bad driving, hearing strange melodies of Cantonese, and getting the odd waft of grilled chicken, incense and over-filled trash cans. 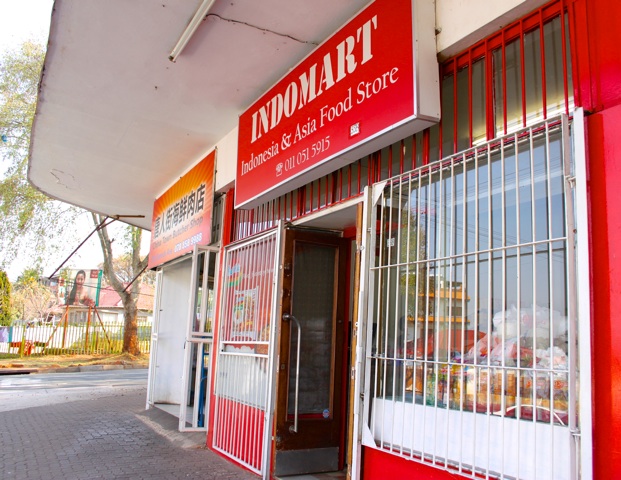 Chinatown: more to it than just China.

As mentioned, there are a handful of South East Asian stores in Cyrildene: this one, like its name suggests, specializes in products from Indonesia, like Nasi Goreng pre-mixes and bottles of hard-to-find kecap manis. 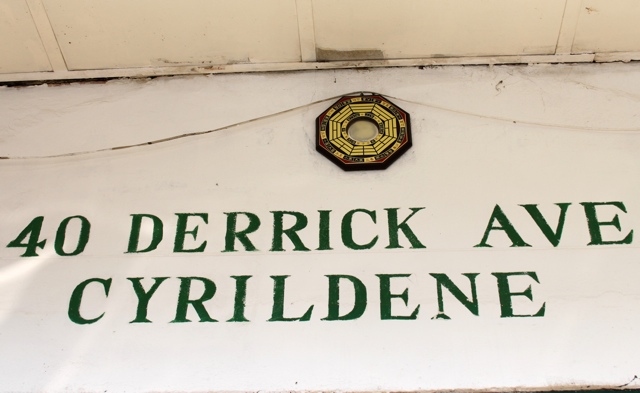 A number of store fronts in Cyrildene have a unique Chinese characteristic: the Eastern principle of feng shui, or the ancient art of balancing ‘energies’, particularly when it comes to buildings and dwellings. 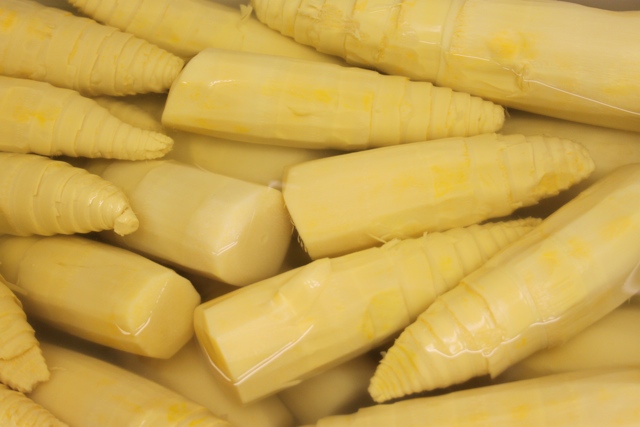 Joburg’s Derrick Avenue is full of fresh Asian produce: it can be found on the sidewalks, as well as inside its supermarkets. The supermarkets have the added bonus of refrigeration, so things like bamboo shoots, frozen dumplings, and seafood can be found inside. 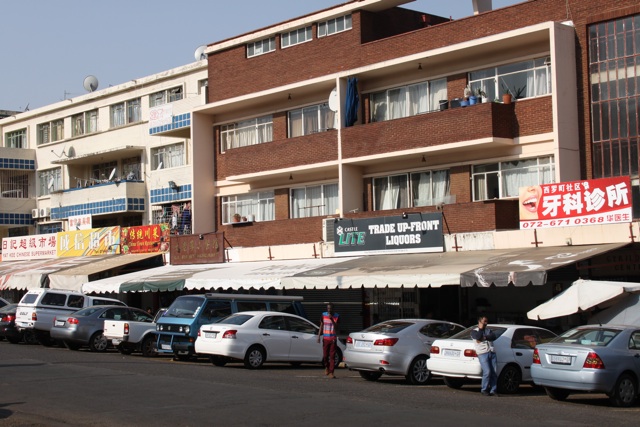 Many of Johannesburg’s new Chinese inhabitants make Cyrildene their ‘base’ when they first arrive in South Africa. After they’ve settled and found ways to make money, they either move on up to the wealthier northern suburbs, move on out back to China, or they decide to stay put. A number of residential flats line Derrick Avenue, which house Chinese immigrants.