No need to barricade yourself in your house over fear of the latest trending disease — Ebola. With the promising survival of many affected by the virus, this disease may not be quite as bad as it is portrayed in the media. It is actually a mere head cold compared to some of history’s deadliest diseases and deaths. Here are 10 worse ways to die than from Ebola.

It’s exactly how it sounds. This addictive street drug will turn your skin’s texture so scaly and reptilian-like, it will put Lyle the Crocodile to shame. And before you know it, your crocodilian skin will eventually rot off, exposing your bones and innards like a bad Dario Argento movie. So remember folks, just say no when it comes to krokodil — not even Lyle will touch that nasty stuff. 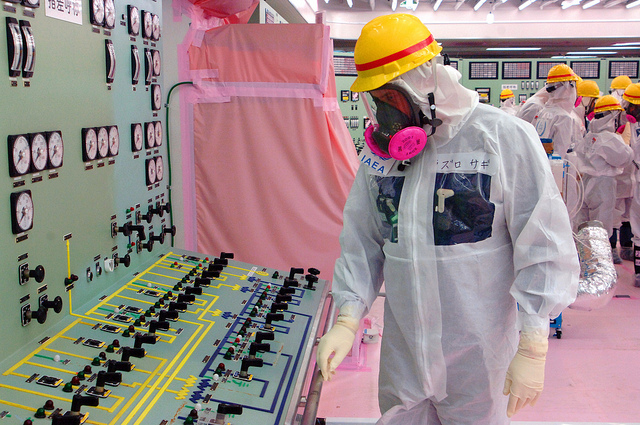 When exposed to lethally high levels of radiation, you will experience all the severe effects of radiation poisoning at once, including diarrhea, headaches, vomiting, and loss of consciousness. An abnormally hot feeling throughout your body will follow this painful experience. Then in your Lazarus form, you will be begging for them put you out of your misery as your head balloons into Elephant Man proportions — but no one will do a thing to help, because they are terrified to be near you. 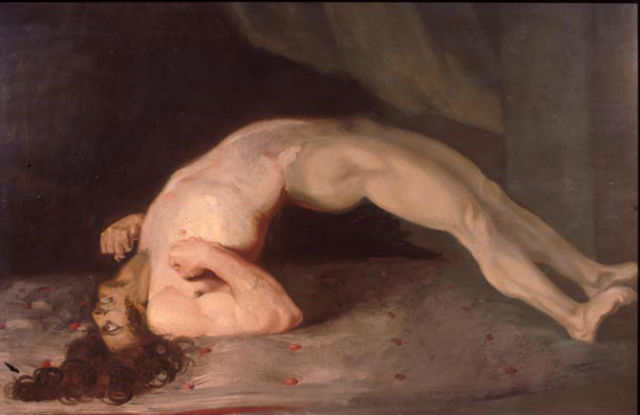 Do you hear that? That’s the sound of your muscles ripping internally. This disease will have you contracting and contorting so powerfully that it will send every exorcism priest running for the hills. You’ll also lose control of your organs and drool, urinate and defecate all over yourself. And just when you thought it couldn’t get worse, here comes the lockjaw, which eventually leads to asphyxiation. 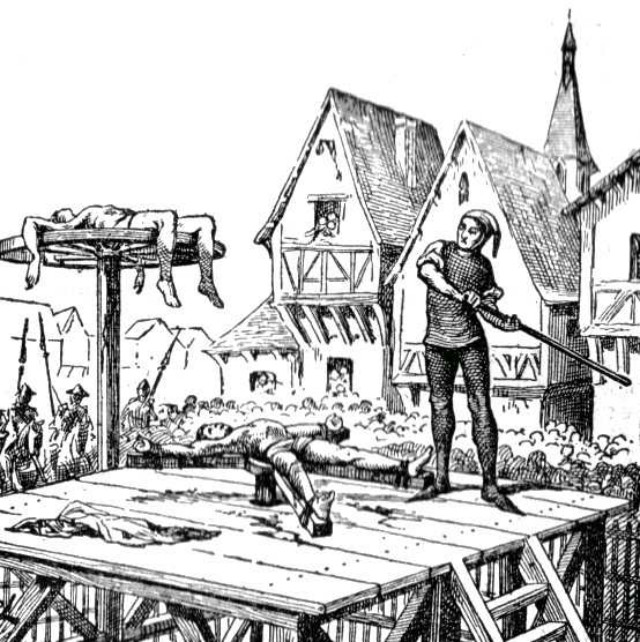 This form of execution will turn you into a human piñata. Once sentenced, you’ll be placed on a wooden wheel similar to the ones you see at a carnival, and the executioner will come along with a big club and bludgeon every limb on your body. And God forbid the executioner should get bored — he’ll bust out his spear and start impaling you as if he is frantically burrowing around for hidden candy. 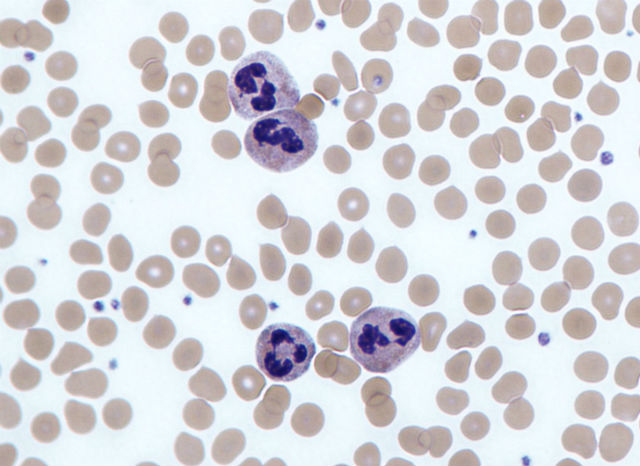 This is a no-brainer (haha); the brain-eating amoeba is a (thankfully) rare but deadly bug that you definitely do not want to have. At first you’ll notice a slight change within your senses, and your Mickey D’s will taste slightly off. After blaming the cook, your physician will inform you that your brain is loaded with flesh-eating bacteria and you only have days left to live. You’ll hallucinate, often get confused, have seizures, and as the symptoms progress, you’ll lapse into a vegetative state. However, the bright side to this is that you won’t be all “there” to grasp what is happening to you. 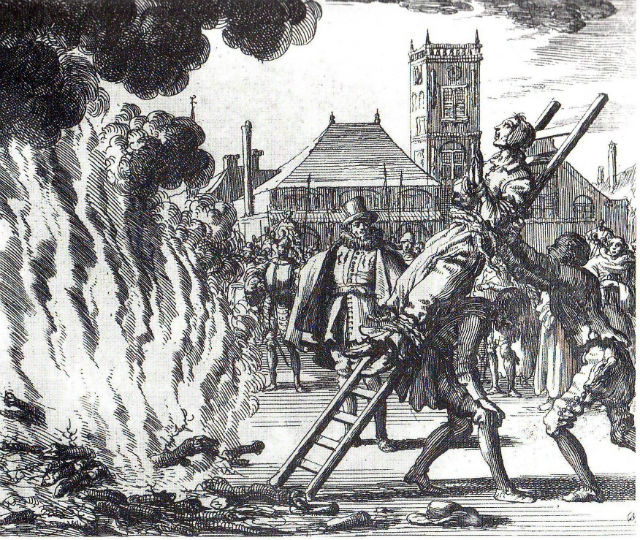 Whether it’s being boiled alive, burned at the stake, or trapped inside a burning room, death by burning is obviously a very cruel way die. Remember that time you burned yourself on the stove, how hot it felt, and how within a nanosecond — before you even had time to think — your body spasmodically jerked away from the danger? But what if you couldn’t jerk away to safety and you kept burning and burning, singeing your skin and nerves into a cooked pastrami? You’ll find only mercy in death by boiling when you finally succumb to a forever slumber through either loss of blood, suffocation, heatstroke, shock, or eventually, shutdown of your vital organs. 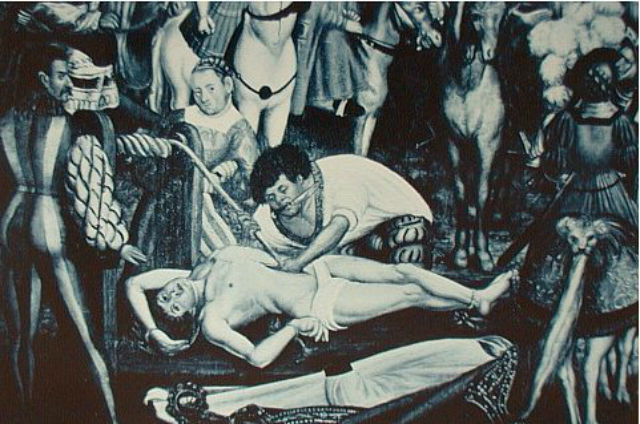 If anyone can relate to this, it’s William Wallace, the kilt-wearing Scotsman who was publicly executed by disembowelment. This manner of death involves a masked executioner, who straps victims to a wooden gurney, slices them open, and systemically pulls out every gastrointestinal organ as a large crowd cheers him on. Just when he’s done playing a game of Operation, he cuts the body into four pieces and hoists it on the four corners of the village square to remind people of the consequences of treason. 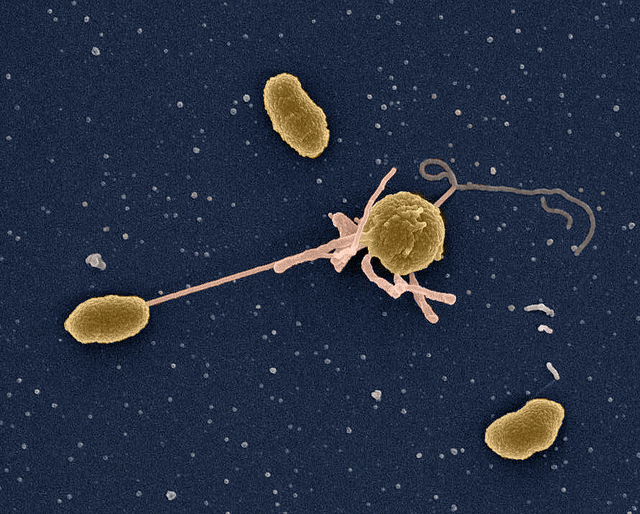 The most humiliating (and stinkiest) disease of all time is cholera, a disease where you poop yourself to death (literally). This disease will leave you severely dehydrated as you drown in a feculent pond of your own making. High fevers, intense vomiting, and eternal thirst will weaken you as every bit of fecal matter in your system leaks down your leg. Your pride will be hurt (understandably so), and you will weep invisible tears for failing to gather the strength to wave goodbye to your loved ones. 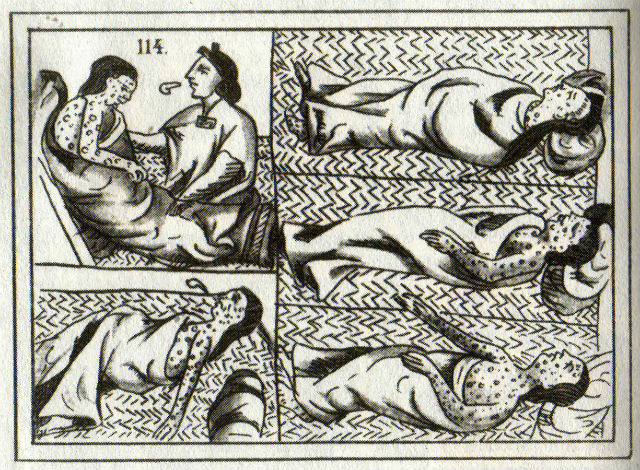 Life isn’t always fairy-tale, and no one knows this better than Pocahontas, who fell victim to this brutal virus — and didn’t live happily ever after. When exposed to smallpox you’ll start by feeling under the weather, and then you’ll notice slight discomfort and changes in your skin’s texture. Within days you’ll resemble a spiny toad with open sores. And as if that wasn’t embarrassing enough, you’ll eventually go blind as a bat. For your final farewell humiliation, you’ll succumb to seizures and brain death. 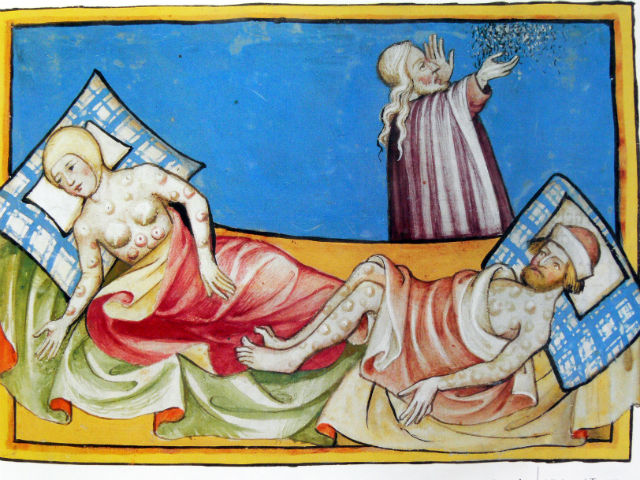 If there is any disease that could make Ebola look like a walk in the park, it would be the bubonic Plague. Responsible for wiping out one third of the world’s population during a severe outbreak in medieval times, this highly contagious zoonotic disease (spread by rats and fleas) affects your lymph nodes, causing them to painfully swell up, followed by high fever and gangrene. Not even Mother Teresa would dare comfort you in your malaise.