At the heart of Kenya’s Rift Valley, some 14 kilometers (9 miles) from the town of Nakuru, is the small township of Njoro. Njoro is a place that few talk about, but whenever it is spoken of, the running theme is Lord Egerton’s Castle.

With swelling hills and rolling shrubland in the background, the castle’s magnificent architecture rises imposingly from the landscape.

Although today visitors can stroll in and out leisurely and take photos of the castle’s chiseled stone, just a short while ago this castle was forbidden to visitors, particularly of the female kind.

The story behind Lord Egerton Castle is a heart-wrenching tale of unrequited love. It starts when Lord Maurice Egerton found his way to Africa from England.

Born to a noble family, Maurice Tatton was the sole heir of Alan de Tatton and Lady Anna Louisa Taylor. In 1920, at the age of 36, Maurice succeeded his father as the fourth Baron of Egerton. 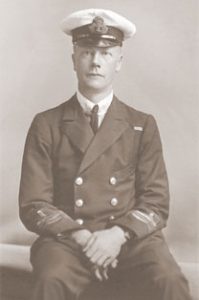 He took an avid interest in photography and traveling. He was one among the first aviators in the early 1900s. His exploits brought him to Africa where he traversed Rhodesia, Uganda, and finally ended up in the then-British colony of Kenya.

Lord Egerton settled in an area that is today known as Nakuru. Here, he built a modest – by royal standards – six-bedroom house on a 22,000-acre piece of property in 1927.

As fate would have it, he met an Austrian woman and fell deeply in love. In a bid to convince her to marry him and produce heirs, as custom dictated, Lord Maurice invited her to his house. Legend has it the beautiful woman did not spend an hour in the compound, brusquely telling him that she “could not live in a chicken coop.”

This rebuff prompted Lord Egerton to roll up his sleeves, and in a bid to prove his worth, create a rather elaborate palace befitting royalty. The work commenced, bolstered by a troop of Italian masons, over 100 Indian handymen, and English architect Albert Brown to craft a magnificent four-story, 52-room mansion.

The finest construction materials were shipped to Kenya from Italy and England. High-quality stone for the walls and elegant zinc roof tiles were brought in. Polished wood for the finishes was imported. An escalator was even built, among other high-tech electronic gadgets.

When the castle was finally complete in 1938, Lord Egerton once again invited the woman of his dreams to see it. And once again she turned him down, claiming the house was “no better than a dog’s kennel.” She departed and left a devastated Lord Egerton. It is said she soon got married to another British lord in Australia.

If rejection breaks hearts, then Lord Egerton’s was shattered into a million splinters. He gave up on women completely, and immersed himself totally in farming and education, ignoring all else around him. He also prohibited any and all women from setting foot on the 100-acre grounds on which the castle stood. He developed a bizarre dislike for dogs and chicken, for obvious reasons. Legend has it that whenever he visited any of his African farmhands’ cottages, he decreed that all women in the homestead depart before his arrival. Lord Egerton spent the rest of his life in solitude, until his death in 1958. The name of the woman associated with his misery has never been mentioned in any account of his life story.

In an ironic twist to this bitter story, Lord Egerton Castle is now a favorite spot for lovers. Weddings, engagement proposals and lovers’ picnics are held here on a regular basis. It is a certainly a spot worth visiting.

The well-manicured green lawns and the imposing British-styled castle offer a picturesque backdrop for romance and romantic events. The castle without a princess still stands, bearing testament to the extent to which love can drive a man, and the depths to which rejection can sink him.