To get a sense of Morocco’s rich history, culture, customs and geography, it pays to read up a bit before you travel to this enchanted land. Of course some travelers prefer to arrive with a blank slate and no preconceived notions of what the country is like. But that’s a pity, because then they are not only missing out on a chance to learn about the country — and better relate to the people and surroundings — but also on the chance to read some classic novels, informative guides, and other ripping good reads.

And even if you’re not planning to go anytime soon — or ever, for that matter — check out these books about Morocco. Some are by Moroccan writers, some by passionate foreigners, some fiction, and some non-fiction. 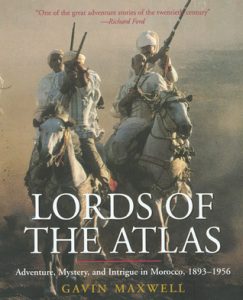 If you only have time to read one book before you go to Morocco then Gavin Maxwell’s Lords of the Atlas: The Rise and Fall of the House of Glaoua 1893-1956. This is a most enjoyable and evocative historical work which brings to life the feudal era of the kasbahs, when warriors rode to war on horseback. In 1956, with the coming of independence, Morocco changed forever from the old feudal hierarchy where the Atlas Gloua tribe controlled the whole of the south of Morocco. Moroccans do not like to talk about Thami El Glaoui Pacha of Marrakech because of his cruelty and the fact that he collaborated with the French and opposed Sultan Mohammed V before he became King, but the Lords of the Atlas were a key and colorful part of Moroccan history nonetheless.

Islam is at the heart of Moroccan life and culture. Barnaby Rogerson’s biography The Prophet Muhammad brings the story of the Prophet and the early development of the Islamic faith alive in a non doctrinaire, accessible way for the non-initiated reader. His follow-up book, The Heirs of Muhammad, offers a perspective on the current developments in the Islamic world. Barnaby Rogerson is the editor of the famous Cadagon Guide and A Traveller’s History of  North Africa. He is also the publisher of Eland Books, which publishes novels and collections of short stories on Morocco which would otherwise be out of print (and are available on Amazon.com).

Walter Harris was the correspondent for The Times in Morocco and chronicled the last Moroccan dynasty to rule before the French Protectorate in his book Morocco That Was, published in 1920. It is an amusing insight into the court of Sultan Abdelaziz and Walter Thomas’s escapades, such as his kidnap by the Moroccan warlord Raissouli.

Also published in 1920 was Edith Wharton’s In Morocco, which chronicled her visit to Morocco at the invitation of the French Resident General Marshal Lyautey in 1917. She was decorated in the First World War by France for her aid for refugees and was very much a Francophile with an uncritical view of the protectorate. Her descriptions of the harems in Rabat and the conditions of Moroccan women are amongst the earliest recorded writings on the subject, and her description of Marrakech and her stay in the Bahia Palace then the headquarters of the French administration are memorable.

Moroccan writers who write in English are still a rarity. Laila Lahlimi was the first Moroccan novelist to write about her country in English whilst living and working in America. Her novels Hope and Other Dangerous Pursuits and Secret Son give a description of the plight of young Moroccans facing unemployment and the generational gap. A new novel, The Moors Account, is due out in September 2014. 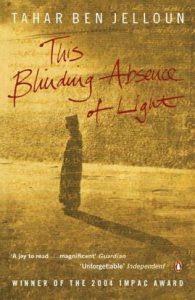 Tahar Benjelloun is one of the great Moroccan novelists of the 20th century and winner of the Prix Goncourt. His novels have been translated into English, including Leaving Tangier, which chronicles the challenges of emigration and the hold Morocco has on its countrymen, who can never forget their roots. Other Tahar Benjelloun novels translated into English are The Sand Child, This Blinding Absence of Light and A Palace in the Old Village.

Morocco has a great history of traditional oral story tellers on the Jemma El Fna square in Marrakech, which is now dying out with the onset of commercialism and modernity. Richard Hamilton, who reports on Africa for the BBC, has worked with the few remaining storytellers to preserve their tales in English in his book  The Last Storytellers: Tales From the Heart of Morocco. This treasure trove comes from an oral tradition which is centuries old. The great comic character Joha personifies Moroccan sharpness and wit.

The novelist Tahir Shah personifies the spirit of adventure in his travels and excitement in his writing. His novel The Caliph’s House recounts his restoration of an ancient palatial house in one of Casablanca’s slums. It offers great insight into Moroccan mysteries such as the belief in jinns, or malevolent spirits, and the daily struggle to get things done, bringing to life the realities facing the expatriate living in Morocco. Shah’s novel Arabian Nights celebrates the tradition of oriental story telling with verve and delight.

Paul Bowles spent many years in Tangier and has a unique place in writing about Morocco. His best known novel The Sheltering Sky was set in Algeria, but reflects the clash of unsuspecting western culture with the realities of the Maghreb. The Spider House, Let It Come Down, and Their Heads Are Green and Their Hands Are Blue are three of his novels on Morocco. A great introduction to Paul Bowles is a recently published anthology of his collected travel writings from 1950-1993, Travels, published by Sort Of books. It contains two works on Tangier: Letter from Tangier and A View from Tangier, which reflect his love of the city. There is also a chapter on the making of his  Riffian tribal music recordings, which are housed in the U.S. Library of Congress. 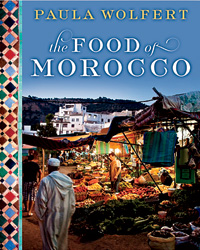 For a great introduction to Moroccan cooking Paula Wolfert’s The Food Of Morocco is the best there is. The American cookery expert spent two years travelling in Morocco gathering recipes which had been handed down orally for generations.

Morocco is a rich center for interior design enthusiasts. Its ancient riads combine modern influences with traditional lamps, rugs and other artifacts to create a stunningly unique style. Moroccan Interior Design by Lisa Lovatt-Smith celebrates and explores the diversity and splendor of Moroccan interiors.

If you want to really want to impress Moroccans, learn some words in the vernacular, darija. The Lonely Planet Phrasebook on Moroccan Arabic is a good resource for this. If you learn some greetings this will really impress newfound friends, because French, though widely used, is not as popular as it once was.

Moroccans social customs are complicated. For a primer on the do’s and don’ts, try Jillian York’s Culture Smart, where you can learn the importance of avoiding hshuma (shame) and understand the use of the white lie, amongst other complexities.

The two most reliable Morocco guidebooks for getting around are the latest Rough Guide, and the Lonely Planet guide for Morocco.

For a general news and culture online journal, try Morocco World News which you can access via Google.