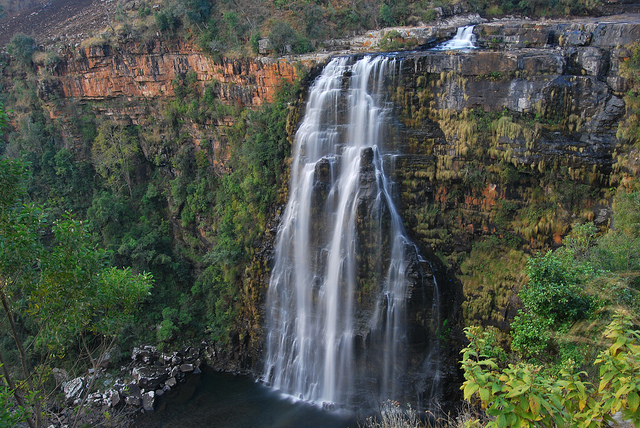 Just north of little town of Graskop in Mpumalanga in South Africa you will find the dramatic Lisbon Falls. The area is known as the Panorama Route and there are more waterfalls located here than anywhere else in Southern Africa. At the Lisbon Falls you can see the Lisbon River splitting into three streams which then cascade off the cliff fence – showing off in the most beautiful way. 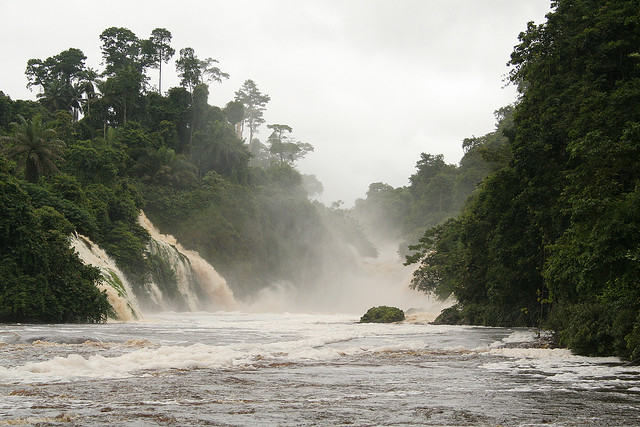 About 3.2 kilometres wide and up to 56 metres tall, Kongou Falls in Gabon is a massive sight to behold. Located on the eastern side of Gabon in the Ivindo National Park, Kongou Falls is one of the strongest-flowing waterfalls in the world and definitely one of the ‘must see’ destinations in Central Africa. 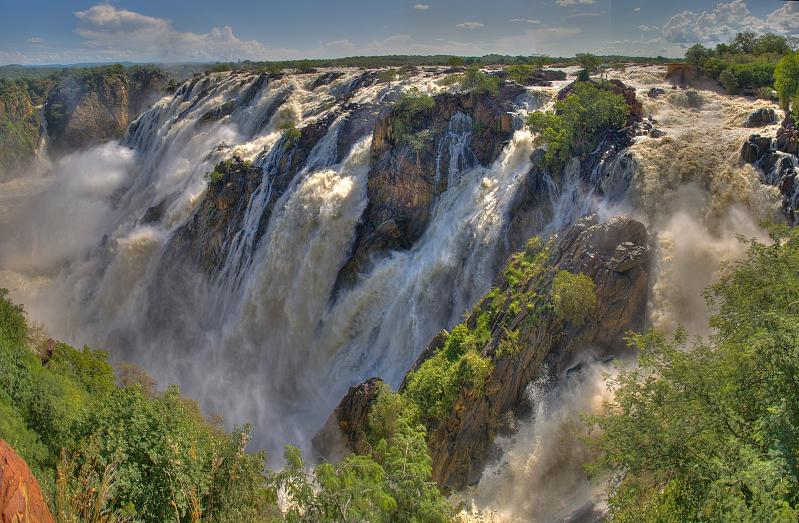 The Ruacana Falls is situated near the town of Ruacana in the Kunene River in Northern Namibia. About 120 metres high and 700 metres wide in full flood. It is best to visit during the rainy season, between February and May, to make sure that you see the waterfall in its full beauty. During the dry season most of water is channelled through the hidden turbines and can leave the waterfall completely dry – so make sure your plan your visit. 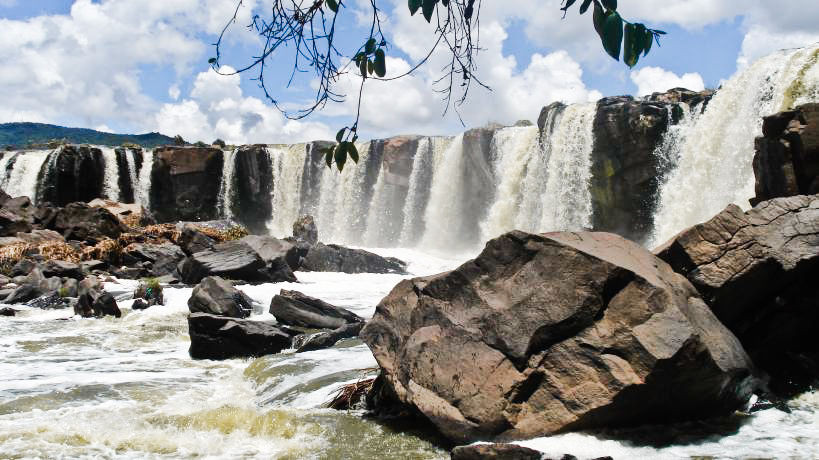 About 65 kilometres north east of Nairobi in Kenya, Fourteen Falls is one the area’s biggest tourist attractions. As the name suggests, Fourteen Falls is made up of fourteen distinct waterfalls on the broad section of the Athi River. A trip out to the falls is a must and can provide a fun day of picnicking, hiking, swimming, boating and exploration. It provides a wonderful opportunity to interact with the waterfalls and feel the spray of the water. 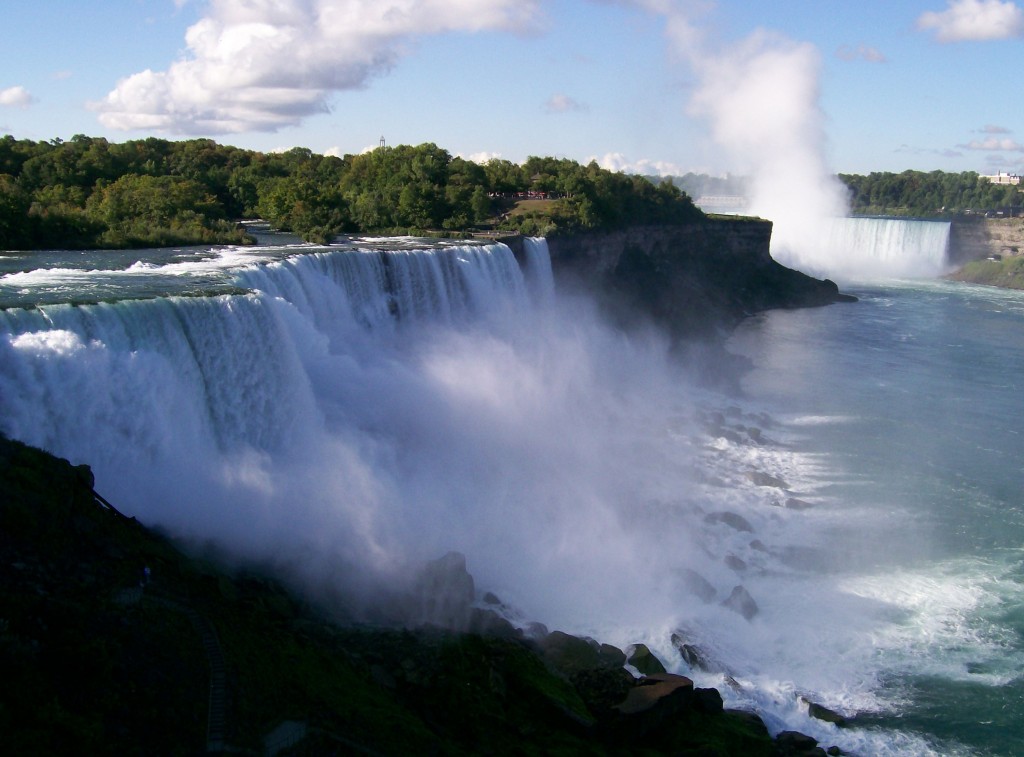 Formally known as Stanley Falls, Boyoma Falls in central Congo is made up of seven cataracts in the Lualaba River. The falls is formed along the curve of the river between Ubundu and Kisangani and extends for about 100 kilometres. The seventh and largest cataract of the falls is 730 metres wide. One of the best ways to experience the falls is to take a trip along the rail line that goes around the falls, connecting the river ports of Kisangani and Ubundu. 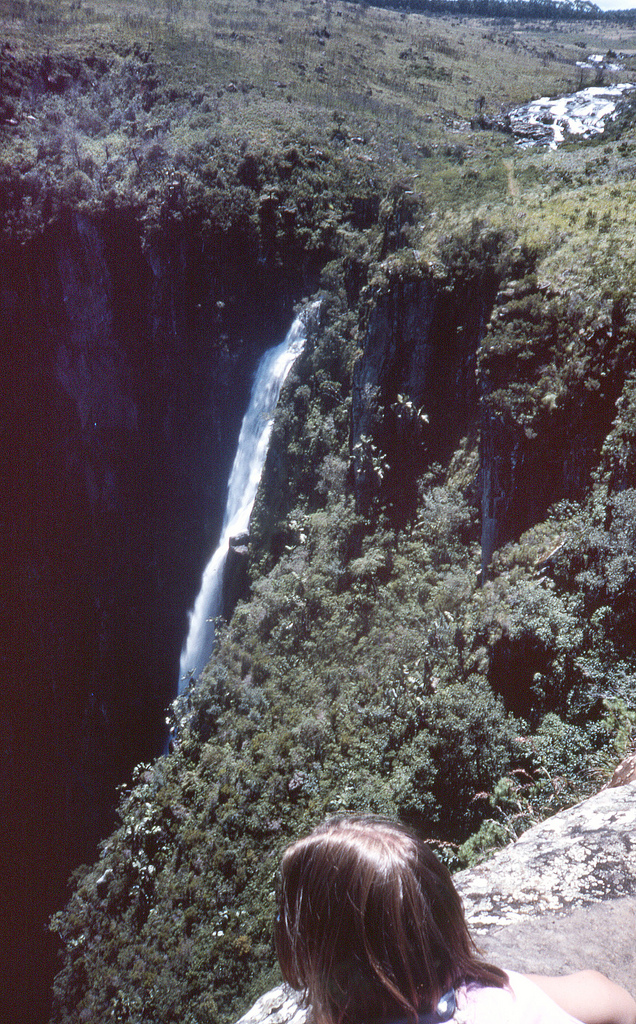 The 17th highest waterfall in the world, and 2nd highest in Africa, Mutarazi Falls in Zimbabwe is an astounding 762m high. Situated in the Honde Valley in the Nyanga National Park, the two tier falls occurs at the point where the Mtarazi river flows over the edge of the eastern escarpment of Zimbabwe’s highlands. The best time of year to visit these falls is in the late summer (February to April) to make sure that you see it in full flow after the rain season. 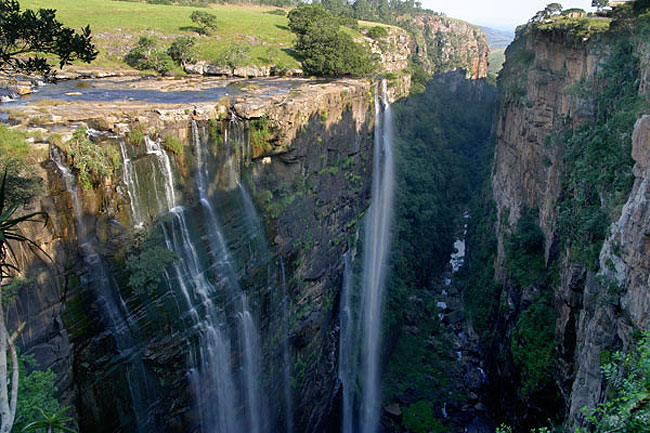 The Wild Coast along the southern Natal coast in South Africa is plentiful when it comes to waterfalls. Mateku Falls, Banyane Falls, Fraser Falls, the Bulolo Waterfall, and Mkhambati Gorge are all beautiful attractions. But Magwa Falls is one of the most spectacular of the lot. The river flows off a precipice into a narrow, 142 metre deep, slot canyon creating the beautiful Magwa Falls. The canyon was formed by seismic activity many years ago. 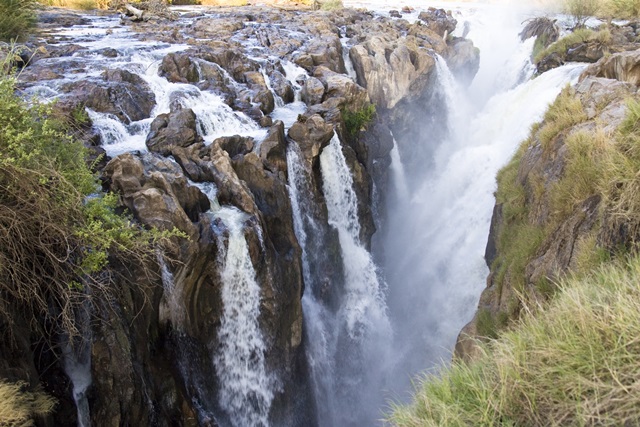 Also known as Monte Negro Falls, Epupa Falls is along the Kunene River on the border of Angola and Namibia. The river drops in a series of waterfalls over an area of about 1.5 kilometres. The biggest drop is about 37 metres tall and results in lots of foam forming at the bottom – contributing to where the name Epupa comes from, meaning ‘foam’. The environment around the falls is virtually unspoilt with absolutely beautiful plants and animal life. 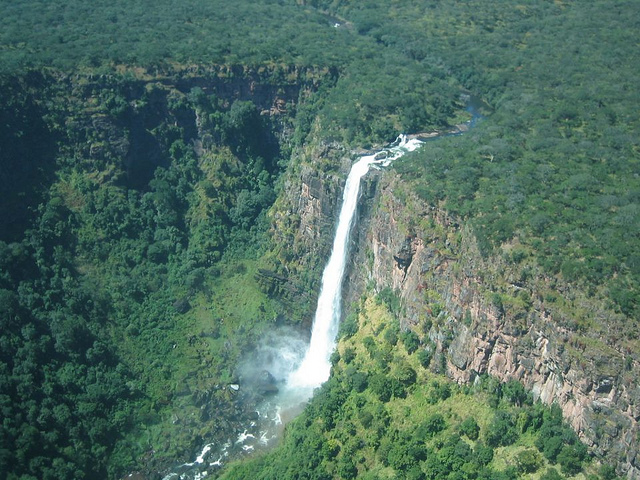 One of the largest waterfalls in both volume and height in central Africa, Lofoi Falls in the Congo is a spectacular sight to see. The waterfall is about 165 metres tall and drops into the Lofoi River in the Kundelungu National Park. Surrounded by green forest and steep rock falls, the magnificent Lofoi Falls brings in some excitement and movement into the area. 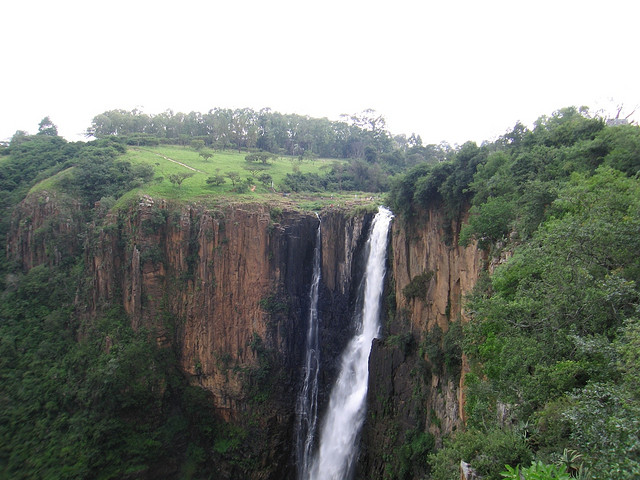 Situated in Howick, KwaZulu-Natal in South Africa, Howick Falls is pure beauty. The locals call the falls kwaNogqaza, which means ‘Place of the Tall One’ owing to its great height of 95 metres tall. The area usually gets plenty of rain so the falls are surrounded by lush greenery and always flowing, offering pure and simple beauty any time of the year.