Mozambique, the sinuous country that stretches out along 2500-kilometres of Africa’s East Coast, is perhaps the most exciting corner of the continent right now. For tourists willing to explore a little off the beaten track, that is.

For while it doesn’t boast the safari opportunities that neighbouring Tanzania, South Africa or Zimbabwe has to offer, the country’s defining feature is also its most attractive. Mozambique, quite simply, has some of the finest seafront property in the world.

Since the days of colonialism, when the capital Maputo was named Lourenco Marques and the platters of ‘LM prawns’ were famous worldwide, the country’s sultry coastline has drawn sun-seeking travellers.

In the late 1990s South Africans discovered the country’s southern reaches, and today the coastline from Xai-Xai to Inhambane is filled with self-drive travellers. Further north, the idyllic islands of the Bazaruto Archipelago and beaches flanking the mainland town of Vilanculos draw travellers in search of big-game fishing and top-notch diving. 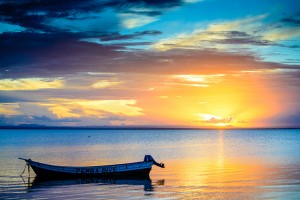 But my favourite Mozambican getaway lies further north. A four-hour flight from Johannesburg (direct on Airlink, or via Maputo on LAM) is Pemba, the capital of Cabo Delgado province.

Like most Mozambican towns it’s a place where the tropical climate and years of neglect lend it a look that is charming in its shabbiness. Where the peeling paint adds character, and the vibrant market a hint that life carries on despite the country’s turbulent history.

While Pemba has some decent beaches and a handful of good seafront hotels, it’s most useful as a jumping-off point for the Quirimbas Archipelago. Flights tend to land here mid-afternoon, allowing plenty of time and daylight for a light-aircraft transfer to your island getaway of choice.

And what a choice there is. As you’d expect from an archipelago, the smattering of islands that stretch north of Pemba offer an array of experiences with something for almost every pocket… particularly if they’re deep. 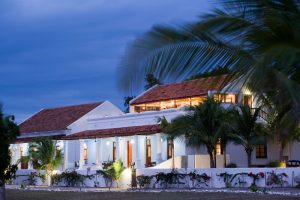 My favorite destination in the region is one that doesn’t fit the mold of most island getaways. Ibo Island has a rich history stretching from Arab traders to Portuguese colonial administrators, and as a result offers a more immersive island getaway.

This is a place where time on the beach comes a distant second to exploring the island, meeting the locals and soaking up the history. There are a handful of guesthouses on the island, but Ibo Island Lodge is your best bet, offering wonderful boutique-hotel accommodation and well-trained guides to help you explore.

Walking tours wander through the layers of history left behind by Arab, Chinese and Portuguese traders, while the silversmiths at the historic fort continue a trade that has been on the island for generations. Their fine filigree jewellery makes a perfect souvenir.

Ibo can also be visited as a day-trip from some surrounding beach resorts, and just north of Ibo is an excellent option if you’re after a more traditional beach experience.

Waving palms and white sands frame the 24 suites at Matemo Island Resort; a family-friendly destination with a wide beach providing plenty of safe swimming and snorkelling opportunities. Further offshore, the colourful reefs around Rolas Island are ideal for novice divers. The resort is currently undergoing a major renovation as part of its rebranding by the renowned Anantara group, that will also see the introduction of new villas. Keep an eye on the web for more info.

The Anantara partnership is also transforming the offering at Anantara Medjumbe Island Resort & Spa, a sister-property to Matemo a short flight north. Yet while Matemo is perfect for families, Medjumbe is paradise for honeymooners. 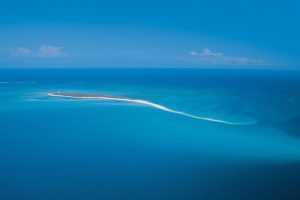 A slender sand-spit spread out like a giant comma in Mozambique’s clear-blue waters, getting to Medjumbe isn’t for the faint-hearted. The runway stretches almost the entire length of the not-very-long island, which means a hair-raising touchdown and a heavy foot on the brakes. When the wind is blowing it’s even more exhilarating.

But nobody said getting to paradise was easy, and the landing is just another reason to book an extended stay on Medjumbe. Only a dozen rooms frame the northern edge of the island, facing out over a wide calm lagoon. The snorkelling is superb, and the expanse of flat water – combined with steady trade winds – has made it a popular escape for kite-surfers. At the edge of the lagoon the coral reef drops off into the deep blue, offering a range of world-class dive sites for experienced divers.

Much of the seas surrounding these islands form part of the Quirimbas National Park, and although local fishermen still cast a line for their living the waters are better protected than in many other parts of Africa.

If you’re not the bubble-blowing, kite-wrangling type, Medjumbe is still paradise with an elongated sand spit stretching out into perfectly translucent seas at low tide, and meandering walks around the island offering more than enough distraction. If you can drag yourself from the poolside hammock, that is.

Soporific island luxury is also the hallmark of Vamizi Island Lodge where just 10 stylish villas are scattered along the beachfront, spaced well apart to provide plenty of privacy. Dinners are enjoyed barefoot on the beach, and the staff here are famous for making any and all dreams come true. The waters off Vamizi also offer some of the finest diving and deep-sea fishing in the Quirimbas. 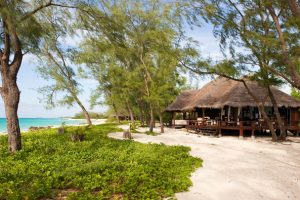 Vamizi is so far north it’s often easier to fly into Dar es Salaam than Pemba, but if you’re coming from the south, Quilalea Private Island is also well worth considering.

Managed by the Azura Retreats group, who gave the resort a much-needed renovation in 2011, it’s now one of the finest island escapes in the Quirimbas. There are just nine suites on this uninhabited island, built in a charming local vernacular of coral-stone walls and makuti palm thatch. While the usual array of scuba diving, snorkelling, kayaking and fishing provide plenty of watery entertainment; Quilalea is also unique in offering a varied program of land-based activities.

The birding is superb, with over 60 species recorded on the island including migratory Madagascan Bee-eaters and resident Paradise Flycatchers. There are also walking tours to discover the baobab forests, and the opportunity to spot turtles nesting in season.

The diversity on Quilalea is precisely what sets the Quirimbas Archipelago apart from so many other tropical destinations. There are glorious beaches and waving palms, yes, but here they’re infused with a colourful history, thriving local communities and some of the richest seas on the planet. For an island escape in Africa, look no further.