The countries in southern Africa were all former colonies, protectorates, or part of the apartheid state, and their triumphs, struggles, and bloodshed are embodied in their national flags.

Here is the final installment of our series on the flags of Africa: 9 things you didn’t know about the flags of southern Africa. 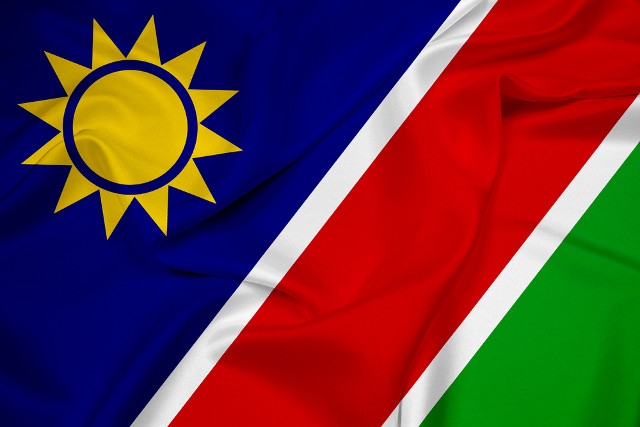 The flag of the South West Africa People’s Organization (SWAPO), the largest liberation movement in the de facto colony of South West Africa, was the inspiration for the Namibian flag, raised on independence from South Africa on March 21, 1990. SWAPO became the first governing body of the new Namibian nation in 1989, and a contest was kicked off to create the national flag. A design suggested by Frederick Brownell, South African State Herald, was picked out of 835 entries. It managed to marry the SWAPO blue, red, and green stripes with the red, white, and blue of the Democratic Turnhalle Party — another large political party in Namibia. The golden sun was added to represent energy. 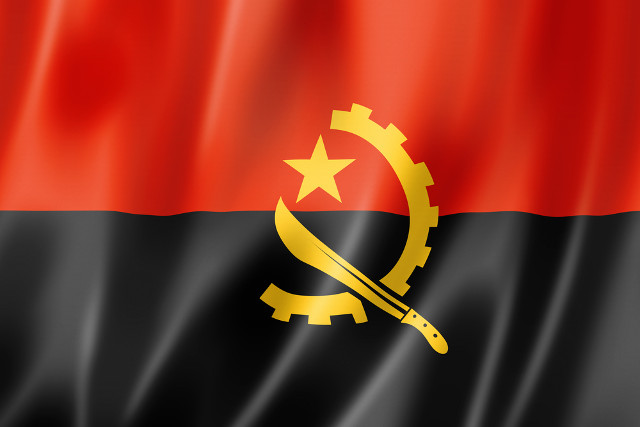 Many say the design for Angola’s flag was inspired by the South Vietnamese (Viet Cong) communist movement in the 1960s and 1970s. Fighting for independence from Portuguese colonization, the Popular Movement for the Liberation of Angola (MPLA) was the primary guerrilla movement. Its flag used roughly the same design as today’s flag above, minus the cog wheel and machete. The homage to the Soviet Union — the gold star — is clear. Red represents the blood of the liberation fighters and black, the Angolan people. When Portugal pulled out of Angola in 1975, the MPLA rose to power on Nov. 11, sporting the new flag. 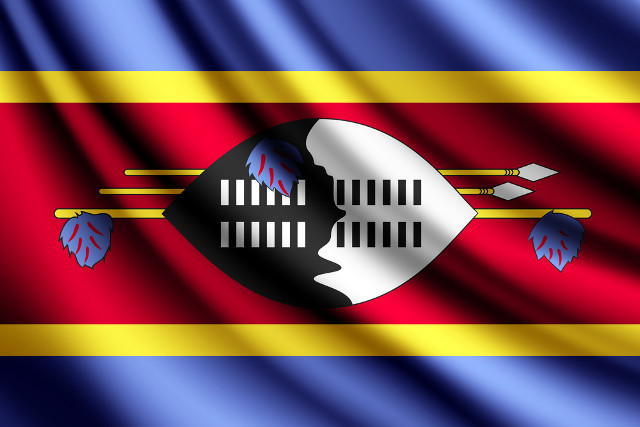 The Kingdom of Swaziland is a small monarchy surrounded by South Africa. It gained independence from Britain on Sept. 6, 1968, but its flag was established a year earlier. The main inspiration for the flag was a design given to the Swazi Pioneer Corps by King Sobhuza II in 1941 during World War II, as troops prepared to invade Italy with other allied forces. The shield is reminiscent of the ancient Swazi warriors who would stretch black-and-white ox hides over their wooden shields. The traditional Swazi spears and staff with tassels (known as “tinjobo”) symbolize the monarchy. Blue represents peace, red is battle, and yellow is mineral wealth. 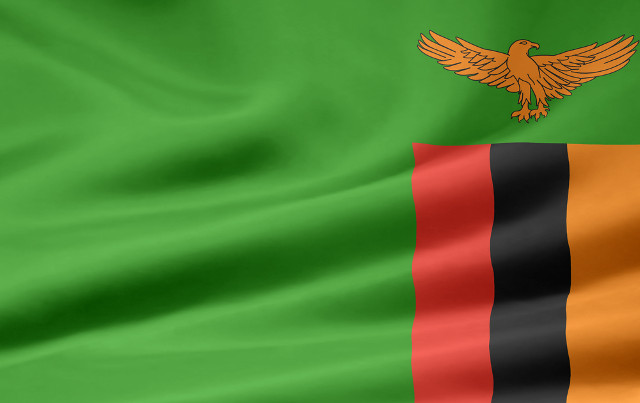 Formerly named Northern Rhodesia, Zambia was a British colony until its independence on Oct. 24, 1964. The United National Independence Party (UNIP) had been fighting for Zambian self-determination for decades, and its flag hosted the same colors as the ones seen on today’s flag (above). The official flag was designed by Zambian artist Gabriel Ellison. Adopted and hoisted up on independence day, it sported forest green for agriculture, red for the freedom struggle, black for the Zambian people, and yellow for mineral wealth. In 1996, the green on the flag was brightened a bit, and the emblem of the orange fish eagle (symbolizing rising above the nation’s problems) was adjusted a little. 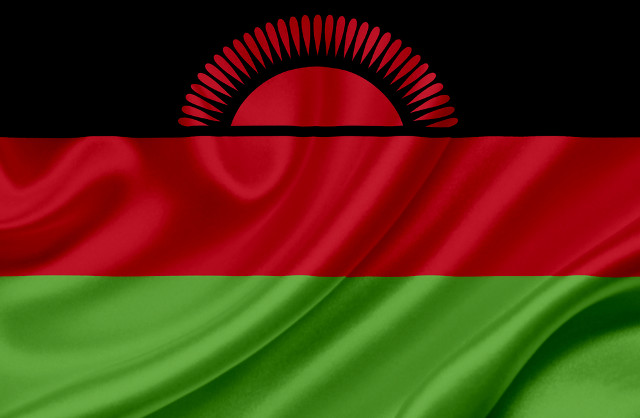 The word Malawi means “flaming waters,” and the sun in the flag symbolizes the setting sun over Lake Nyasa. The British colony of Nyasaland became autonomous on July 6, 1964, and the flag was adopted for the new Republic of Malawi. Just days earlier, the country had established its own coat of arms from the longstanding British one, picturing a leopard and a lion separated by a shield near a river with a rising sun. The flag carried this same idea of unity and hope with the central rising sun over three equal bands (similar to the flag of the dominant political party — Malawi Congress Party). From 2010 to 2012, another flag was adopted by the President Bingu wa Mutharika with a white sun and the stripes in a different order. When Joyce Banda became president in 2012, the original flag was reinstated. 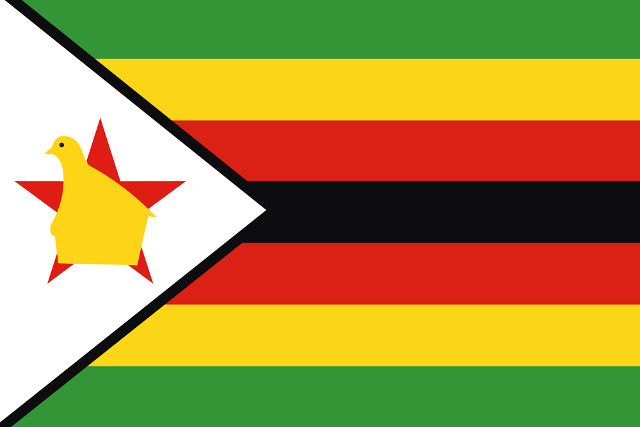 Formerly Southern Rhodesia, this British colony became self-governing in 1923 and adopted its first flag, mixing the British ensign with its own territory’s coat of arms. The white government of Rhodesia proclaimed independence in 1968 and raised its own flag with three equal stripes (two green, one white) and a new coat of arms. Resistance by black nationalist groups led to an internal settlement for a limited democracy for blacks, and in 1979 Zimbabwe Rhodesia was proclaimed with a flag incorporating Pan-African colors (red, yellow, green, black). A year later, the Republic of Zimbabwe was established on April 18, 1980, and today’s flag was hoisted. Yellow stands for mineral wealth, black for the majority population, green for agriculture and rural areas of the country, and red a symbol of blood shed for independence. The white triangle represents peace, and the red star, national aspiration. The bird represents a statuette of a bird found at the ruins of Great Zimbabwe. It represents Zimbabwe’s history. 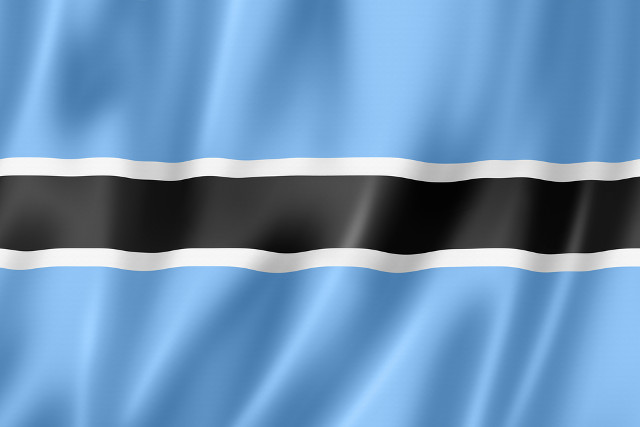 This blue, white, and black flag replaced the British Union Jack at midnight on Sept. 30 1966 — the moment of the Republic of Botswana’s independence. Bechuanaland became a British protectorate in 1895 after the native Tswana people asked for protection from the Boers, who wanted to annex their land into the South African Republic. The national flag adopted upon independence was meant to show opposition to the apartheid regime of South Africa. Symbolizing unity and racial cooperation, the central black stripe is surrounded by two white ones (some also say this is for the zebra, the national animal). Water, which is very scarce in the Kalahari Desert, is precious to Botswana’s citizens. The light blue represents this sacred element. This flag is one of the few in Africa that neither incorporates Pan-African colors, nor represents a political party in its design. 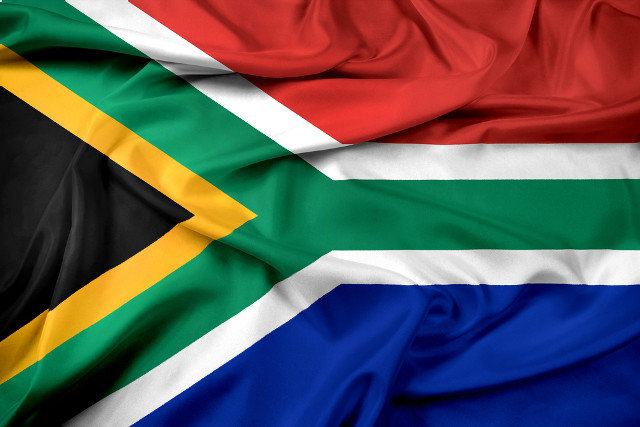 Perhaps the most identifiable flag on the continent, South Africa’s flag was hard won. The Afrikaner and the English populations brought their own flags to the colony. In 1928 the Union hoisted their own national flag, using the 17th-century Dutch flag colors (orange, blue, white) with three mini-flags in the center of the white stripe, representing the now-former British colonies and Afrikaner republics. There was no color or emblematic representation for the majority black citizens. After apartheid ended in 1994, the new flag designed by State Herald Frederick Brownell represented all-inclusive colors for the African National Congress (black, green, yellow), English and Afrikaner population (red, white, blue), Muslims (green), and Zulu (red, white, black, green, yellow). Though the flag you see here was only meant to be an interim flag, the 1996 constitution solidified its popularity and made the flag official. 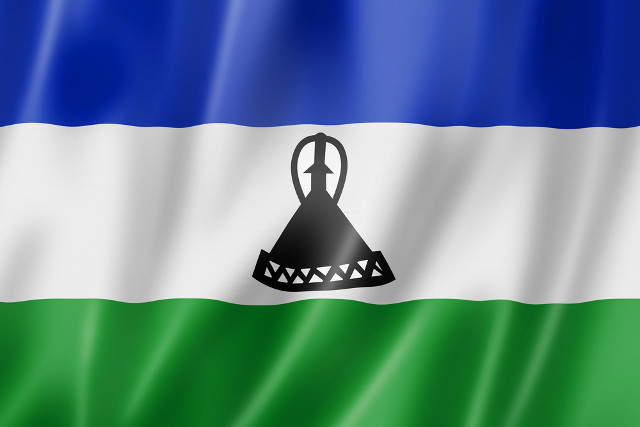 On Oct. 4, 1966, the century-long British protectorate of Basutoland gained independence, and the Kingdom of Lesotho was established. A flag was raised the same day — green, red and blue stripes with a silhouette of a traditional Basotho straw hat. A military coup ousted the national party in 1987, and a new design by Sergeant Retšelisitsoe Matete (with colors suggested by Namibian and South African-flag creator Frederick Brownell) waved until 2006, when the newest flag was hoisted, honoring 40 years of Lesotho’s independence. The black Basotho hat embodies a black nation, green stands for land, blue stands for sky and rain, and white, for peace.