South Africa is known for its architectural heritage, which spans Cape Dutch, Neo-Gothic, Victorian and Edwardian eras and styles. As in other countries, the best architecture is often found in its large, ornate churches. Here are 10 of the most beautiful South African churches, from all corners of the country. 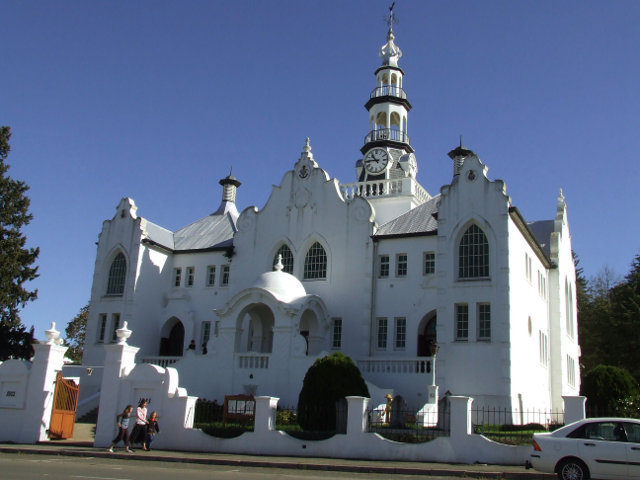 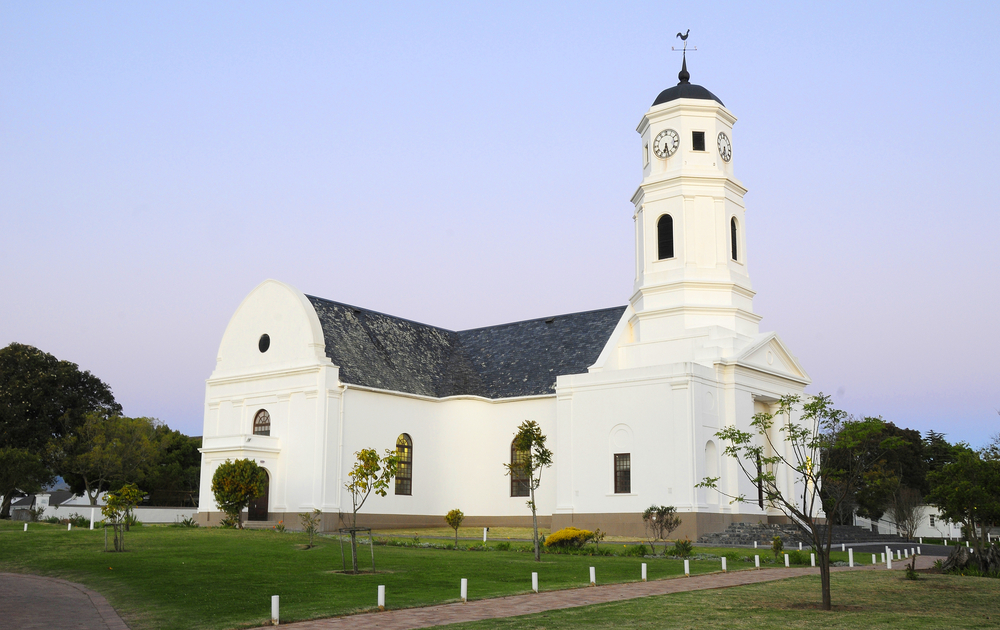 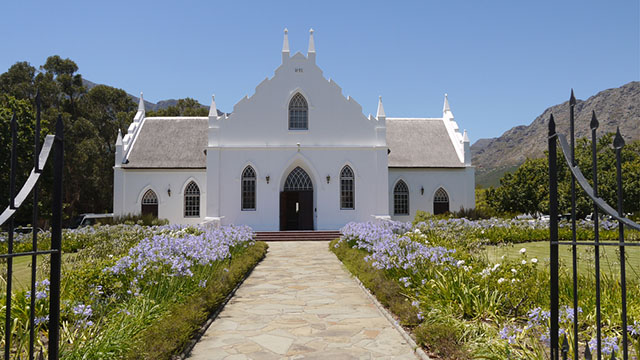 Settlers who built this Dutch church in Franschhoek brought their knowledge of viniculture. (Shutterstock) 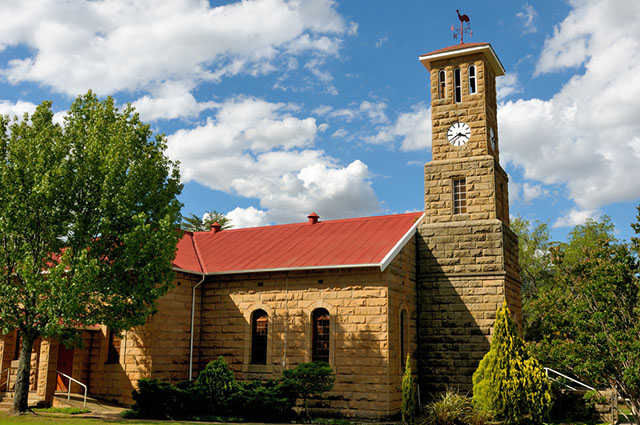 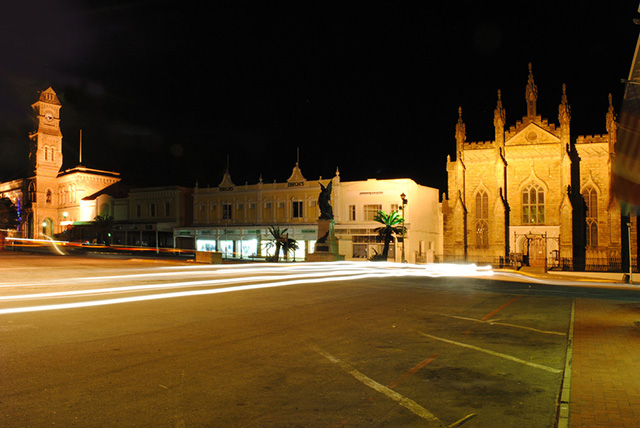 The old wall of Grahamstown Cathedral is a relic of the Old St. George church built in 1832. (Shutterstock) 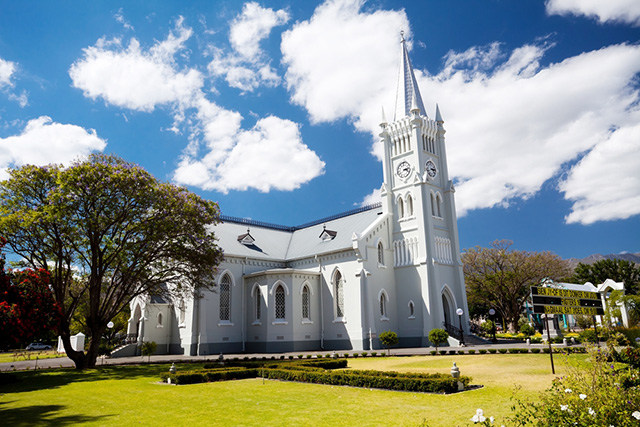 An elegant church situated around orchards and vineyards in Robertson. (Shutterstock) 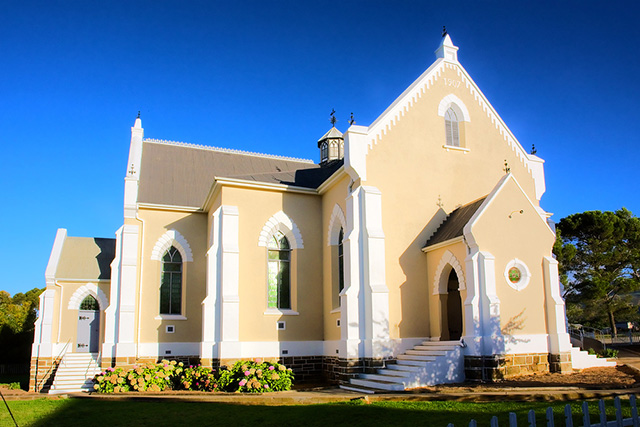 During the ostrich boom in the Klein Karoo, this church in Van Wyksdorp served as a hub for the region. (Shutterstock) 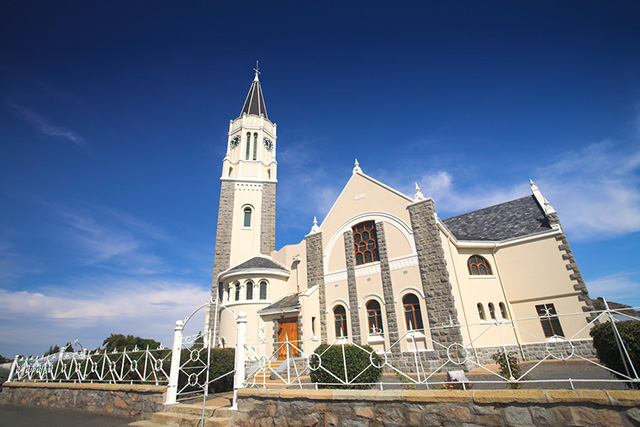 This church in Hanover has a clock in the bell tower that is still functioning after 100 years. (Shutterstock) 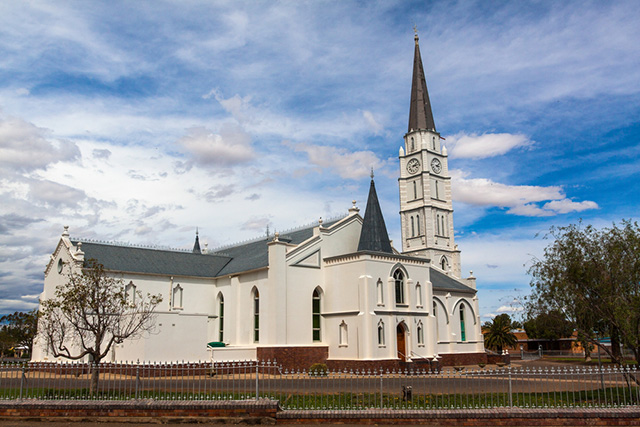 The Dutch Reformed Church in Aberdeen has the highest steeple in South Africa. (Shutterstock) 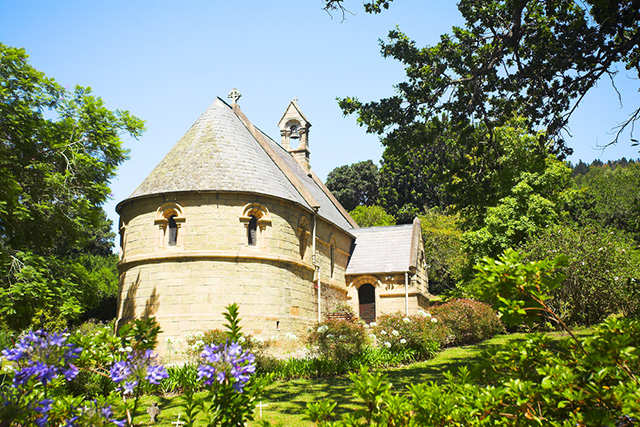 The tiny yet beautiful Belvedere Church in Knysna seats no more than 20 people and was built in 1851. (Shutterstock) 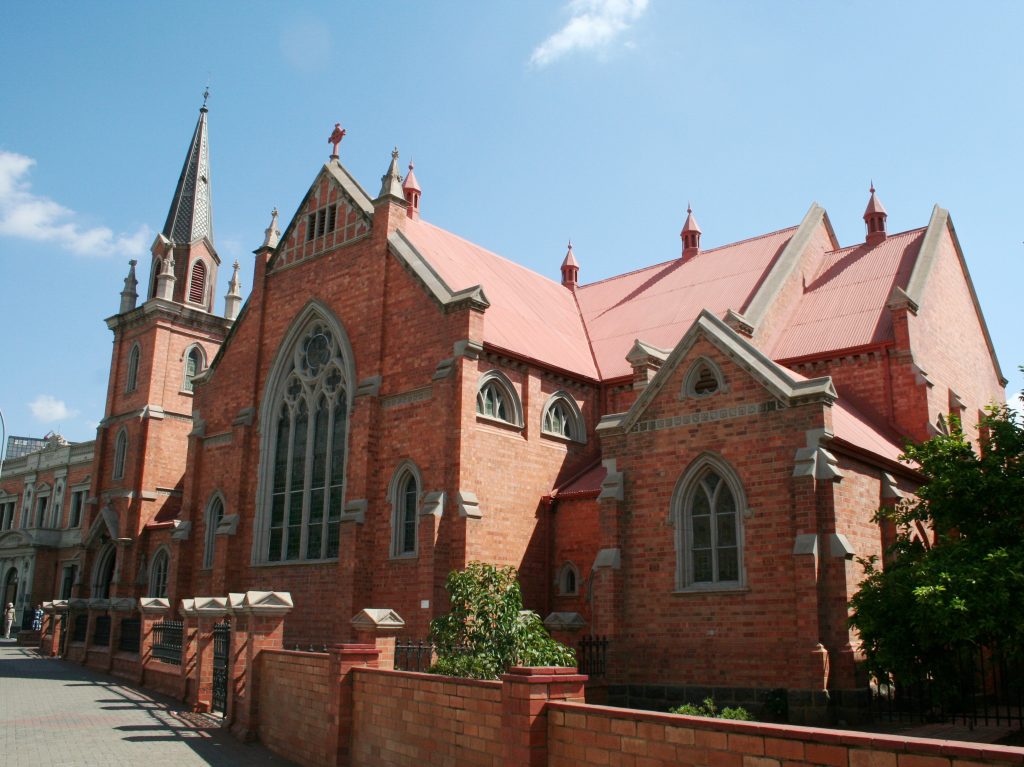 The Victorian-style Trinity Methodist Church in Kimberley was built in 1906 and includes a red brick exterior, and decorative woodwork and an arched wooden ceiling inside. (Andrew Hall/Wikimedia Commons)