The colors and designs of any nation’s flag are never randomly chosen. They represent the triumphs and tribulations of history, the blood spilled for independence, the richness of a country’s agriculture, and its cultural heritage. In honor of national flag month (in the USA) here is Part Two of our slideshow series, which looks at the 12 flags of west Africa and how each one conveys the story of each country’s nationhood. 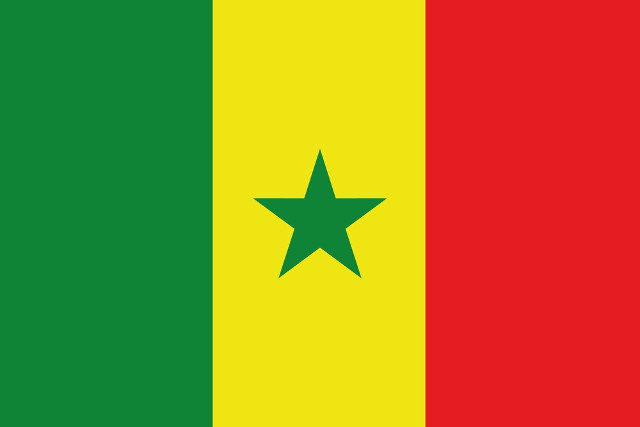 Flying a Senegalese flag was forbidden during colonization, as the French worried it would incite extreme nationalism. The Republique du Senegal achieved independence from France in 1959, and the following  year adopted its flag. The French tricolour (red, blue, and white), was the inspiration for the positioning of the stripes and the three solid bands of color in Senegal’s flag. However, that’s where the similarity ends. The green stripe, which replaces the blue in the French flag, is said to symbolize Islam, progress, and hope — an all-inclusive color for Senegal’s many religions. Yellow embodies progress and wealth, and red represents blood and sacrifice. The colors fit into the pan-African scheme. 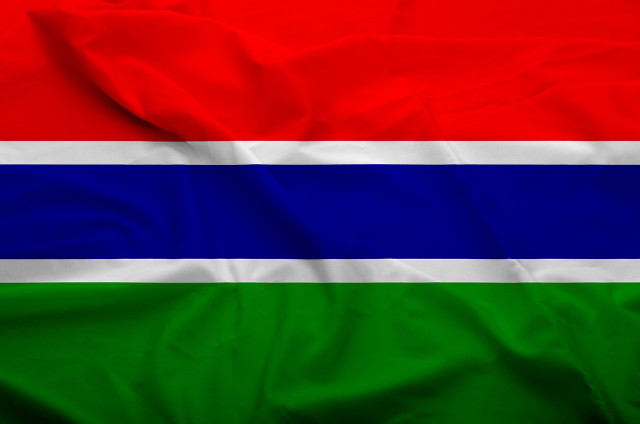 Pa Louis Thomas, an accountant, designed this country’s ensign and flag. A colony of England until it was allowed self-governance in 1963, The Gambia adopted a distinctive colonial flag that retained the ensign of the British Empire, but added its own seal of arms. When it gained full independence in 1965, it hoisted the flag pictured above, which is similar to the previous one, but without a seal. Red evokes the savanna grasslands and the sun, blue is reminiscent of the mighty Gambia River, and green reminds us of the lushness and agricultural sustainability. The white stripes, which seem to visually bind the three colors, embody unity and peace. 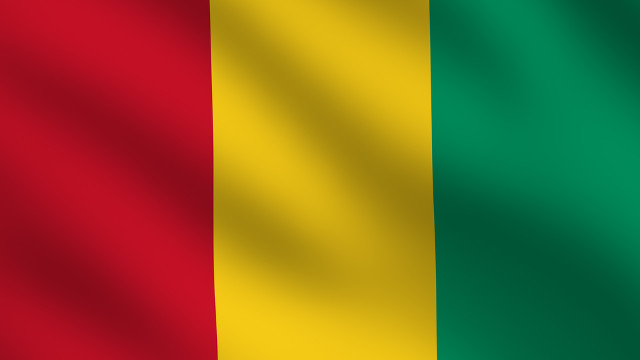 The colors of Guinea’s flag were influenced by pan-Africanism and the flag of Ghana (which is also red, yellow and green). In 1958, Guinea broke away from the former French West Africa colonial territories. It was the only former colony to opt out of the new French Community protectorate structure. Independence was declared on Oct. 2, 1958. According to Sékou Touré, the first president of the newly established nation, red represents sacrifice and labor, yellow represents the sun and mineral wealth (especially gold), and green represents solidarity and agricultural wealth. 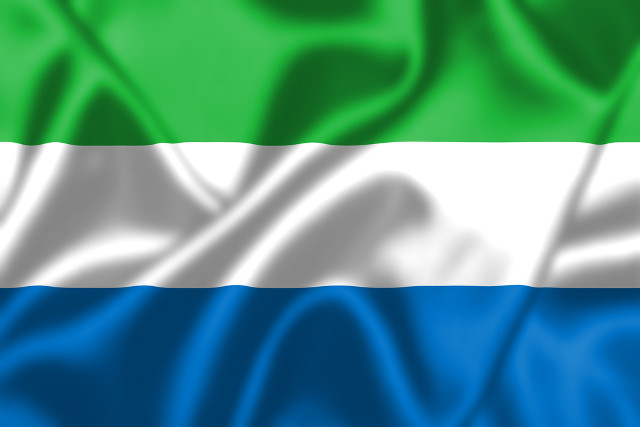 This former crown colony won independence from the British Empire on April 27, 1961, and raised its national flag that same day. Like The Gambia, Sierra Leone had used the British ensign for its previous blue flag, and the same ensign as The Gambia, Gold Coast, and Lagos until the colony obtained its own coat of arms in 1914. The colors above, simple but symbolic, are for unity and justice (white), mountains and agriculture (green), and the harbor of Freetown, the country’s capital (blue). 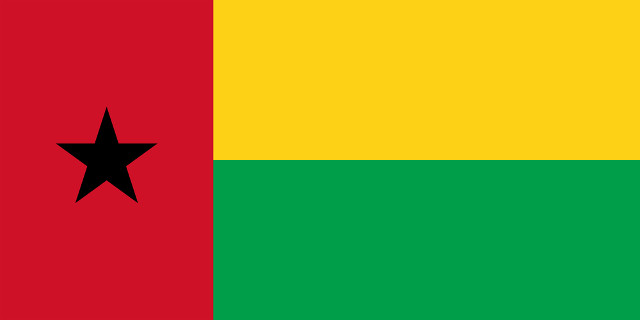 Also admirers of the Ghanaian flag, the former Portuguese colony of Guinea-Bissau adopted this flag after its September 1973 declaration of independence. In 1974, Portugal recognized the independence of Guinea-Bissau after its own in-country revolution and total withdrawal from African colonies. The black star is said to represent PAIGC (the African Party for the Independence of Guinea and Cape Verde) leadership — a declaration of African self-determination to live in freedom and peace. The pan-African colors of yellow, green, and red follow suit with the other former colonies professing African unity, such as Ghana and Mali. Yellow is the fruit of labor, red is bloodshed for the sake of liberation, and green is for the lushness of the forests. 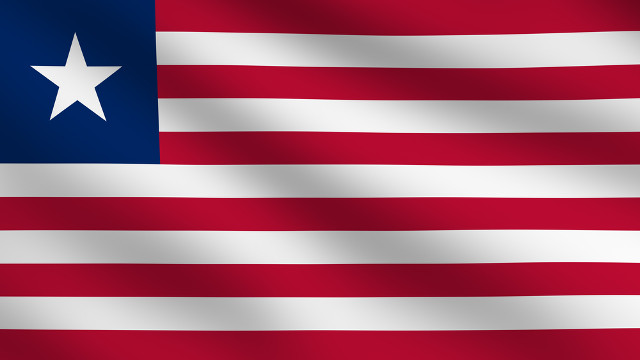 Remind you of another flag? The abolitionist group the American Colonization Society bought land in West Africa to provide a new home for former slaves forcibly brought over from Africa. Liberia became an independent nation in 1847, and it never was under colonial rule. The original flag during Liberia’s development had the same red-and-white-stripe count as the U.S. flag, and a large white cross where the star is now. The flag design was created by a committee of female citizens. The single white star embodies the freedom given to the slaves, the 11 stripes were a head count of the men who signed the Declaration of Independence, and the blue square represents the African mainland. 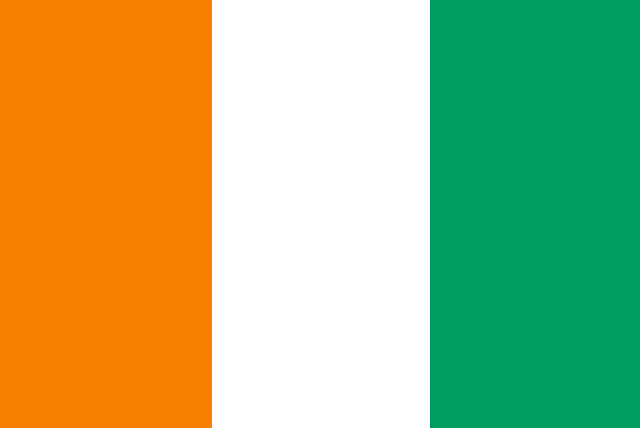 The equal vertical bands on this flag evoke the pan-African colors, but with different hues. Choosing to be completely autonomous from France’s Fifth Republic, on Dec. 4, 1958, Cote d’Ivoire declared itself a republic under the leadership of President Felix Houphouët-Boigny. Boigny wanted close relations with France and its culture, therefore he rejected the scheme of the pan-African flag. Orange stands for the savanna of the north country, although some claim it is for growth. White is happiness, and fresh water flowing, and green is the southern forests, and hope for the future. Which other country does this flag remind you of? (Hint: potatoes, leprechauns, Guinness…) 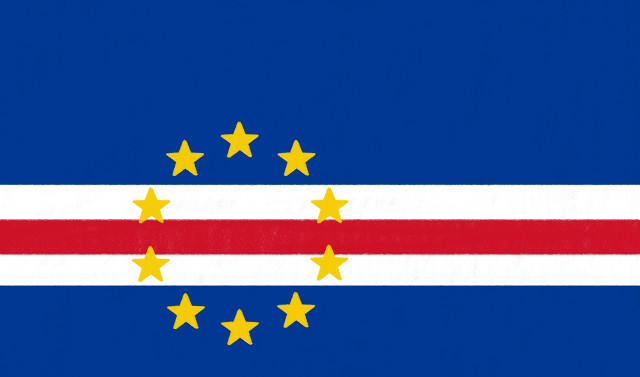 When this chain of islands off the coast of Senegal achieved independence from Portugal (along with Guinea-Bissau) in 1975, the two countries raised identical pan-African flags, although Cape Verde’s featured a ring of corn and a seashell around a black star. The plan was to fuse the two newfound nations together, although that was soon ditched. As with Guinea-Bissau, the African Party for the Independence of Guinea and Cape Verde (PAIGC) governed Cape Verde until 1980. In 1991, the ruling party was defeated by the Movement for Democracy, and the next year a new flag (above) was introduced. The red (symbolizing economy), white (symbolizing peace), and blue (symbolizing the ocean) represent the ties of Cape Verde to Portugal and the U.S. The 10 gold stars represent the islands. 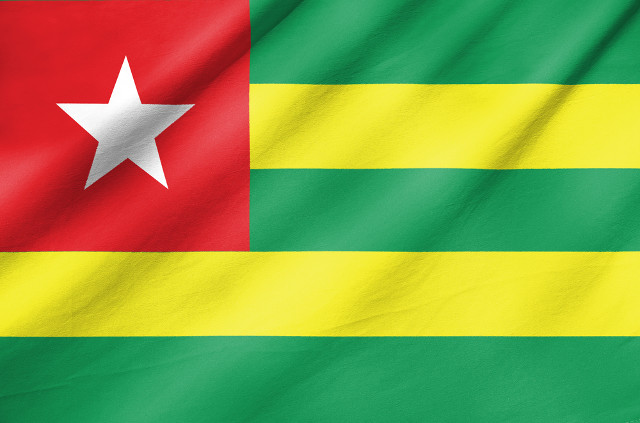 The flag of Togo is an interesting combination of the pan-African colors of many West African nations, combined with the layout of Liberia’s flag (therefore reminiscent of the American flag). Togo’s flag was designed by Paul Ahyi, a Togolese French-educated artist renowned as one of the great African sculptors and painters of his time. Before reaching full autonomy, Togo had two stars where you now see one. One was dropped in 1960 to embody unity. The flag was raised after the country gained independence from France on April 27, 1960. The five stripes represent the country’s five administrative regions. The green and white colors represent agriculture and hope; yellow stands for natural resources; and red is a symbol of love, charity, and fidelity. 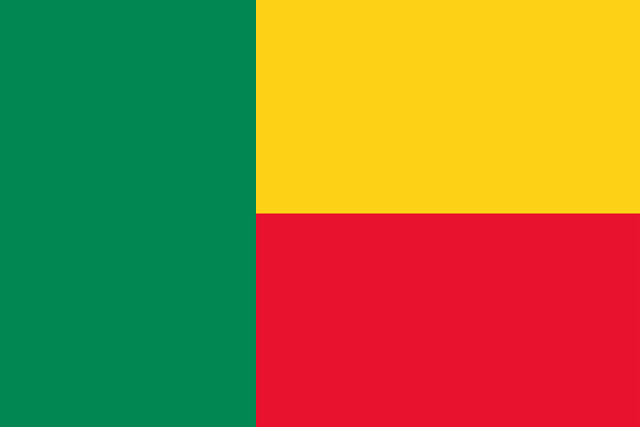 Dahomey — the African kingdom in present-day Benin — lasted from about 1600 until the 1900s. The Rebublic of Dahomey’s national flag was raised after liberation from France in 1960 and carried the pan-African colors representing geographical wonders of the land, and the blood spilled for independence. It used the same colors as Ethiopia’s flag — an homage to the oldest independent country in Africa. Later, Dahomey became a Marxist-Leninst state in 1974 after a coup, and the name changed to The People’s Republic of Benin. The flag changed to a green field with a red star in the hoist corner. It wasn’t until the regime fell in 1990 that the pan-African flag returned and the name was officially changed to the Republic of Benin. 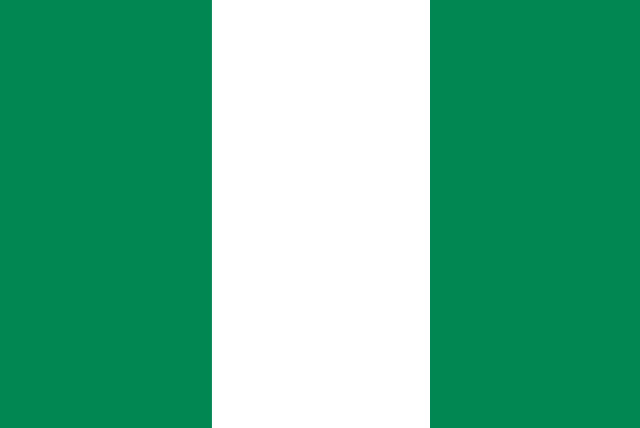 After centuries of British colonial rule and the slave trade, Nigeria was made a British protectorate in 1914, and the Seal of Solomon was raised — a green star on a red disk, representing the official colony of Nigeria. In 1959, as the colony teetered on the edge of full independence, a national contest was run to find the best flag design for the new nation. Michael Taiwo Akinkunmi, a Nigerian student living in London, beat out more than 3,000 other contestants. The new flag was raised on the day of autonomy, Oct. 1, 1960. Green represents forests and natural wealth; and white, peace. 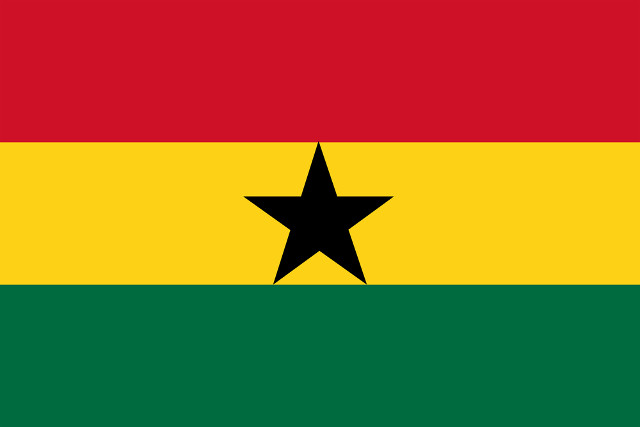 The Convention People’s Party, established by Kwame Nkrumah, aimed to unite the Gold Coast people of British colonies, and the horizontal red, yellow, and green colors above became the emblem of self-reliance. When independence was gained on March 6, 1957, the flag of Ghana was adopted, adding a black star in the middle, symbolic of Marcus Garvey’s Black Star Line, the shipping company that transported goods and African-Americans through the African continent in 1919. Designed by Theodosia Okoh, the flag was hoisted up with two black stars, but a third was added when Ghana joined the Union of African States in 1959. After some instability and the overthrow of Nkrumah, the original one-star flag was re-adopted on Feb. 28, 1966, and it’s what you see today.