African hospitality generally makes it very easy for tourists to feel part and parcel of the community they have chosen to experience. However, as visitors from far afield explore the continent, it is imperative that they remain respectful of African values and the African way of life.

These following simple tips can go a long way toward making sure that a visit to an unfamiliar African place is both unobtrusive to the locals and enjoyable to the holidaymaker.

Being a respectful tourist is well within reach: not only will it leave your vacation destination as you found it (or better), you also receive the satisfaction of knowing you were a pleasant addition to Africa’s landscape, if only for a woefully short time.

The first tip would be to adapt your dress code to your destination. Many African countries, such as South Africa and Kenya, are considered progressive and forward-thinking as far as clothing is concerned.

This is especially true of areas frequently visited by tourists, where local people are more liberal and/or accepting of the different modes of dress worn by visitors. It is, however, important to note that there are still conservative communities, even within otherwise laid-back countries. 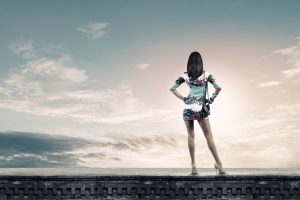 The issue of dress code mainly concerns female tourists, since clothing that is seen as inappropriate may offend or even anger locals. Female visitors to African countries should try to avoid exceedingly short dresses, skirts or shorts and expose too much cleavage while touring their country of choice.

Such clothing is often associated with questionable life choices, and may convey the wrong impression about the wearer. This may be a false assumption to make on the part of the viewer, but it happens nevertheless.

If it is absolutely necessary to wear such clothing, it is advisable to carry some form of shawl or cover-up to maintain modesty and not make local residents uncomfortable.

Male tourists have more leeway when it comes to clothing. Unusual dress codes for them are more likely to attract laughter or mockery. But it is advisable for men to check in advance whether the country or town they are headed to frowns on bare chests in public, shorts, or beachwear worn outside the beach.

In August 2013, two female British teenagers volunteering in the largely Muslim island of Zanzibar were doused with acid. Although the exact motives of the attackers remain unknown, some noted that rising Islamist sentiment in the area may have led a fundamentalist attacker to lash out at the girls’ perceived immodesty.

“Conservative elements of the Muslim community last year objected to foreign tourists who wear revealing clothes,” journalists Alex Spillius and Mike Pflanz reported at the time in The Telegraph.

Visitors to places such as Tanzanian or the Kenyan coast will often find the pace of life to be relaxed and very easy-going. Residents are polite to a fault, often choosing courtesy over the speed of operations which many tourists are accustomed to. 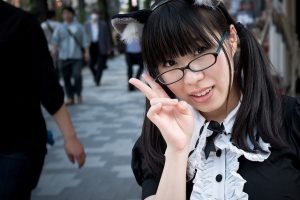 In such a case, it is easy for foreign visitors to come off as terse or even rude in an effort to hasten delivery of service after the initial conversational approach favored by these deeply welcoming cultures.

While there’s a need to keep focus on the objective at hand in such a scenario – to get to the end result — it’s advisable to do so as politely as possible. Alternatively, why not go with the relaxed flow? It’s a vacation after all! What’s the hurry?

When it comes to gestures, many Western gestures translate well in the African setting. This means that your intention will generally be correctly carried over to the locals, leaving little chance for misinterpretation.

The flip side of this, of course is that other gestures can convey a rude, insulting or otherwise offensive message. The laws of common decency apply here, with the safest route being simply to avoid making these to begin with. So, don’t go waving your middle finger around!

The language barrier may arise depending on where you choose to take your well-deserved vacation. 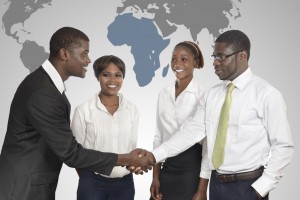 For cities and towns frequented by tourists, locals will either already know or make an effort to learn a common language. A good example would be Malindi in the Kenyan coast, which is favored by Italian tourists: local entrepreneurs have taken it upon themselves to learn and be fluent in Italian so as to conduct business with tourists easily.

For most other areas, the common language varies by region: English is common, though some countries such as Burundi prefer French, and in Mozambique it’s Portuguese. It would be in your interest to learn a few key phrases in the regional language, for example Swahili, just in case you find yourself in need of assistance with no translators in the vicinity.

Knowing some phrases and showing that you’ve made at least a cursory effort to integrate with the local people will go a long way toward getting better service, more smiles, and burnishing the reputation of your country. 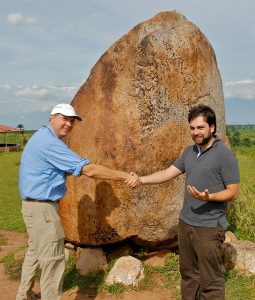 Another important thing to remember when visiting Africa is that monuments and historical sites should be shown appropriate respect. This is especially true of structures that have stood for centuries, such as ruins or ancient landmarks.

Often the governments of African countries will work with locals to preserve and maintain such sites, charging a small fee for viewing to contribute to their upkeep. It is therefore necessary for tourists to recognize that they are viewing an integral part of their host country’s history, and accord it the respect it deserves by leaving it as is for future generations to enjoy.

An unfortunate example of this rule being disregarded comes from Egypt, where a Chinese teenager took it upon himself to deface an ancient artifact. Fifteen-year-old Ding Jinhao elected to scrawl some graffitti into a stone sculpture in a 3,500 year old Egyptian temple. The teen came under fire from fellow Chinese, who were embarrassed by the display and complained that it added to the already-common perception of the Chinese as less-than-pleasant tourists.

Related to all of the above is the need to respect the environment of whichever country you will be visiting. The less- talked about side of the tourism coin is the ugly fact of pollution. 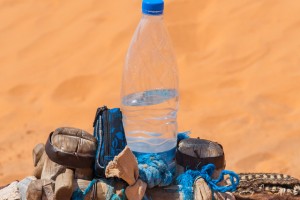 Other continents have long had to deal with this problem: numerous heartbreaking reports have surfaced of the once pristine Mount Everest being turned into an eyesore by heaps of garbage left behind by thrill-seekers making their way to her peaks; and similarly, the colorful Great Barrier Reef is currently in the process of being bleached thanks to pollution created by visitors anxious to enjoy the other-worldly under water view, threatening a complete depletion of the reef and its residents in a single generation.

When you visit Africa, be conscious of your environmental impact, so that this continent does not have the same fate — if every tourist dropped just one innocent gum wrapper while visiting the Maasai Mara, the plains would quickly resemble an industrial dumping site!

Many safari outfitters, hotels and attractions consciously try to minimize their impact on the environment so that you don’t have to think about. But others don’t, so always remember the basics: don’t litter, don’t touch or pet wild animals, recycle if possible, and don’t take home anything but authorized souvenirs.