There’s no city quite like Maputo in the rest of Africa. With cucumber-green and milkshake-pink Art Deco buildings lining wide avenues of palm trees and sidewalk cafés and a laidback vibe, it feels a bit like beachfront Miami — albeit one with potholed roads named after Communist leaders, food markets selling baobab fruit and tropical dilapidation that is unsurprising, given that the country is still recovering from its 15-year civil war.

However, investment, foreign aid and expats are pouring into Mozambique now that new mines have opened up in the north of the country, and Maputo is changing rapidly. Prices are going up (it’s now quite a bit more expensive for tourists than South African cities in terms of food, hotels and transport), and international organizations have taken over residential homes as offices and old buildings are being torn down. Maputo’s charm lies partly in its somewhat artful decay and mainly in the fact that no construction happened for decades because of the war, and its buildings have escaped the fate of rapidly modernized cities. Mozambique needs all the investment it can get, but one hopes it’s not at the expense of the architectural heritage that makes this city so unique. Now is the time to visit Maputo – in a few years’ time it may look like an entirely different city. 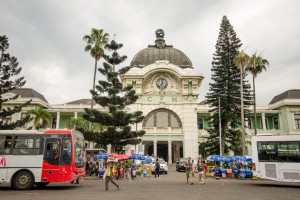 Maputo is small and best explored by foot, starting in the original part of the city, the baixa (pronounced bye-shuh) next to the port. The Catedral de Nossa Senhora da Imaculada Conceição is a beautiful example of Art Deco which overlooks the Praca de Independencia with its giant statue of the country’s first president, Samora Machel. Further downtown, in the Havana-esque red light district old graceful Portuguese buildings are stained and crumbling, while in contrast, a short walk away is the century-old cream-and-green CFM Train Station, Maputo’s most beautiful building, with its old-fashioned clock face and graceful arches, practically gleams. Inside is the delightfully retro bar Kampfumo, the city’s most unusual drinking spot.

Buy cashew nuts from the Municipal Market (watch out for escapee crabs roaming the floor) nearby, shop for capulanas (traditional colorful sarongs) from Casa Elefante opposite the market, one of the oldest shops in town, and take in views over the city from the Portuguese fort. Casa do Ferro is also worth a stop: originally the governor’s residence, it’s a metal house entirely unsuited for tropical climes designed by Gustav Eiffel (of the Parisian tower fame) in the 19th century. 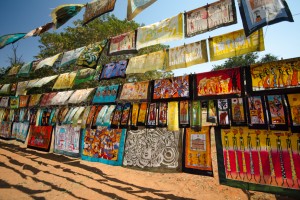 A craft market in Maputo (photo by Sarah Duff)

Cross over to the seafront Avenida Marginal and head north to Maputo’s lively fish market to choose your pick of the day’s catch to be cooked for you. A few kilometres away, the Parque Dos Continuadores, which has stalls that are open every day, is the best hassle-free place in town to shop for crafts and souvenirs, from wooden carvings to paintings. Opposite the park is the Polana Serena Hotel, Maputo’s grande dame — an imposing historic building that was once one of the most famous hotels in the world. If you can’t afford the hefty price tag of a room here, don’t miss having a cocktail on the elegant veranda overlooking the ocean. The 100-year-old Art Deco Hotel Cardoso also oozes history, and it’s worth a stop for a drink in the garden, which has fabulous views over the bay.

Across the road from Hotel Cardoso is the dusty Natural History Museum, which is full of decaying taxidermied animals, pottery and jewellery. It’s worth a visit just to see the preserved elephant fetuses at different stages of gestation. Museum buffs can also visit the National Money Museum, which houses thousands of coins and banknotes and the National Museum of Art, home to a collection of 20th century art by foreign artists who lived in Mozambique, as well as top Mozambican artists. 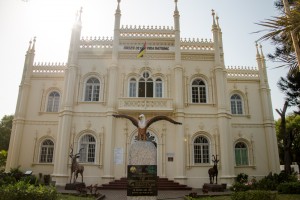 Eating, drinking and partying are what this city does best. Maputo’s thriving music scene is legendary, and while you can hear an ever-present throb of music from when the sun sets, bars and clubs only start buzzing in the late hours of the evening. Almost every night you’ll find live music across the city, from jazz and salsa to karaoke and reggae: the most popular spots include Gil Vicente, a small downtown bar in a gorgeous Art Deco building which hosts live bands almost every night of the week, the Franco-Mozambican Cultural Centre, which hosts small concerts in its garden and the Sunday night bands at Nucleo d’Arte, which is an art gallery by day, featuring paintings and sculptures by local artists.

The best of Mozambique’s fusion cuisine — a mixture of Portuguese, Arab and African influences — can be sampled in Maputo. Choose from cheap-and-cheerful cafés that feature staples such as piri piri chicken and prego rolls, lively pubs that serve pizza and burgers and upmarket eateries with gourmet food and carefully selected wine lists. 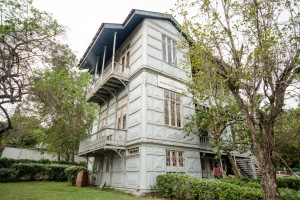 A great way of exploring the city by day and finding out about its interesting history is on a tour with Jane Flood (+258-824-190-574, jane.flood@gmail.com), a British expat who’s been living in the city for several years. Jane has an encyclopaedic knowledge of its streets and seems to know just about everyone in town, from security guards to artists. She offers a number of fantastic tours of the city, including a Top 10, which covers the city’s highlights in a few hours; food and art tours; and architecture walks, from Art Deco and colonial to one dedicated to Pancho Guedes, a famous Portuguese architect influenced by Gaudi and Frank Lloyd Wright. For a different side of the city, explore the working class neighbourhood of Mafalala with Ivan Laranjeira and eat a home-cooked Mozambican meal, listen to local music, and visit the former homes of Mozambican ex-presidents Samora Machel and Joaquim Chissano.

When you’re not walking, the cheapest way to get around Maputo is by taking the crowded minibus taxis, known as chapas, which will give you a taste of local life. More expensive are the green-and-yellow tuk-tuks that weave in and out of traffic (the reliable and charming Jorge, +258-844-100-001, drives a gleaming vintage-style tuk-tuk and offers tours of the city). Regular sedan taxis are also green and yellow, and are likely to charge you three times as much as they charge locals — negotiate the fare before you start the journey. Taxi drivers speak a bare minimum of English, so it’s worth having a few key Portuguese phrases to communicate with (waiters and staff in upmarket or touristy restaurants and hotels tend to speak decent English). 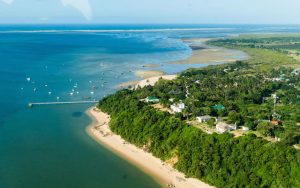 If you’re after sand and sea you’ll need to head out of the city to find the best beaches. Take the short ferry ride across the bay to Catembe for a long stretch of sand with great views back over the city and sunset cocktails and tapas on the pier of the Marisol Baia Restaurant. A couple of hours away from Maputo by ferry is beautiful, laidback Inhaca Island, with mangrove forests, coconut groves and huge sand dunes, and coral reefs for snorkeling and scuba diving. You can visit Inhaca for the day trip, or make a weekend of it and stay over at one of the resorts, such as Pestana Inhaca Lodge.

Wildlife-lovers can book a guided 4×4 trip to Maputo Special Reserve, not far from the city, and go bundu bashing on sandy tracks through coastal forests and past rivers and lakes, spotting giraffe, zebra and elephant, or do a day trip just over the border to South Africa’s Kruger National Park for Big Five game viewing.